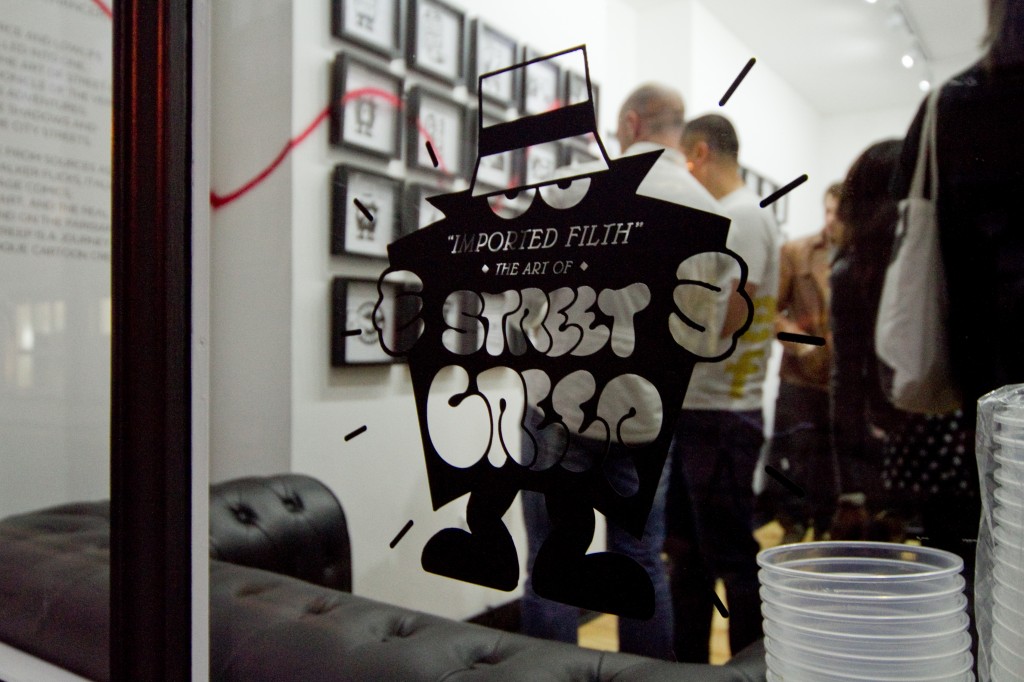 “From the streets of Paris comes the graffiti writer and freewheeling chancer, Street Creep”. Imported Filth: The Art of Street Creep is an exhibition hosted by the talented Ermsy, recently featured in a collaborative collection with our friends over at Trainerspotter, in which his alter ago showcases a sense of tragicomedy, farce and lowlife behaviour all rolled into one. Featured across over 50 square illustrations, the artwork first took inspiration during a trip to the French capitol, Paris, in which Ermsy originally spotted numerous amounts of ‘real-life’ street creeps. Taking direct inspiration from diverse sources such as 70s Stalker films, both French and Italian vintage comics and 80s Skateboard art, the exhibition portrayed a narrative that many have thought about, but never mentioned. With guests packing out the small gallery space, buying up the one-off pieces as quick as possible, it was clear that the adventures played out both in the shadows and alleyways of the city streets depicted by Ermsy had been received well. ‘Imported Filth’ will be showing at The Graffiti Life Gallery, London in association with Trainerspotter until the 27th October, where you can view the collection, as well having the chance to purchase your own Street Creep, whether it be a limited print, a t-shirt or one of the popular sticker packs. 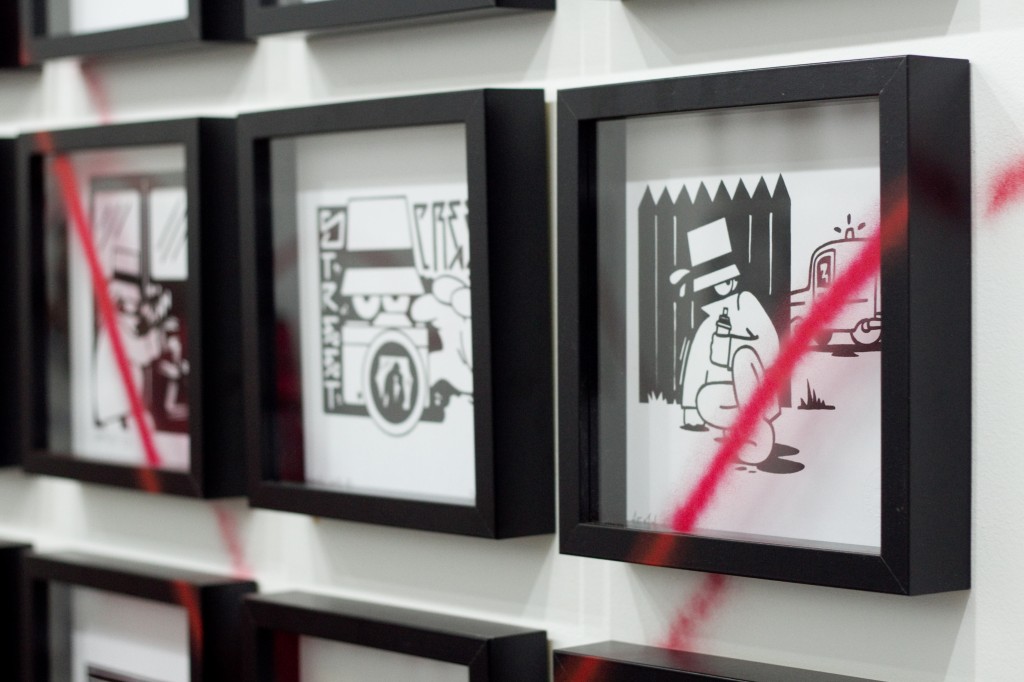 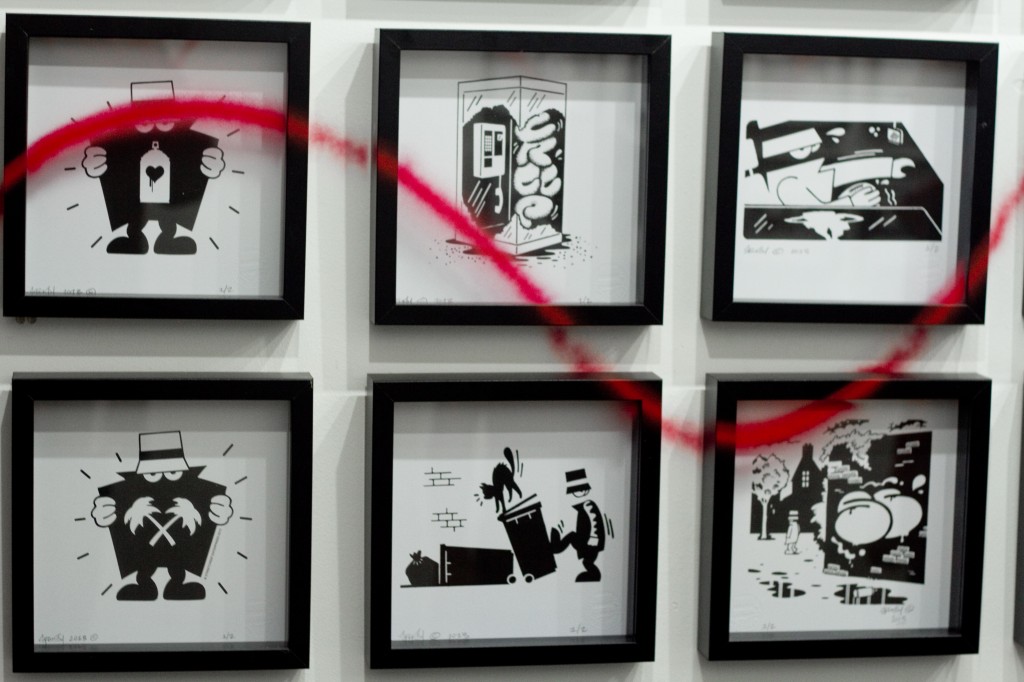 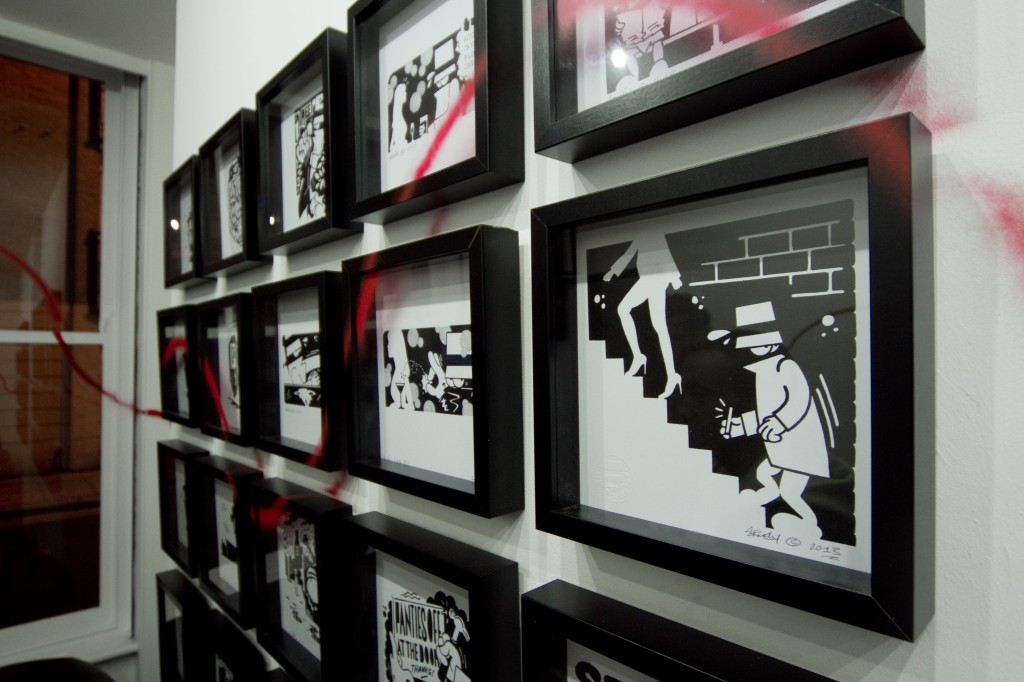 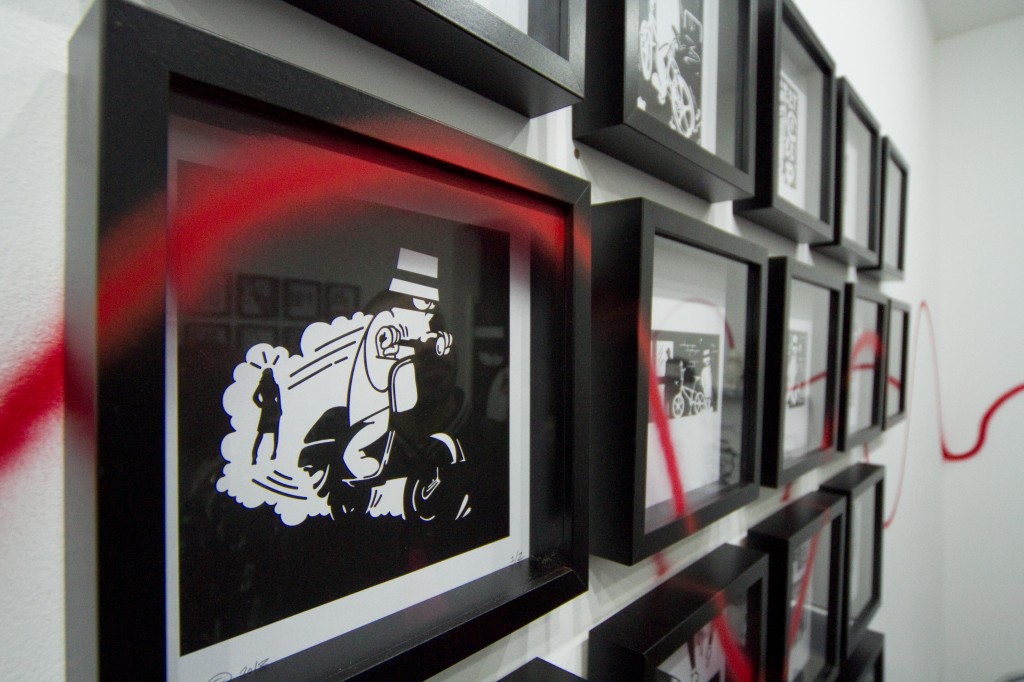