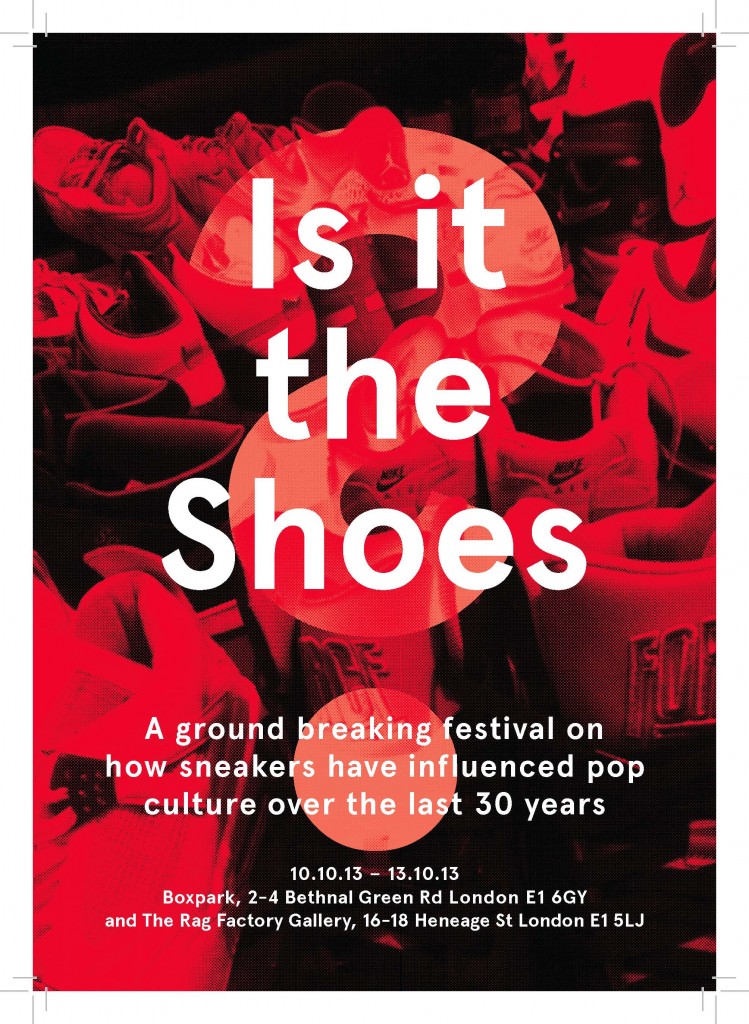 To celebrate how sneakers have exploded into the mainstream over the last three decades, experiential event company We Are Parable have developed "Is It The Shoes?, a four day retrospective festival that will explore the influence that trainers have on design, music, art, film and fashion. The festival will be held over two venues; BOXPARK, London’s first pop-up mall, and the Rag Factory, East London on the 10-13th  October 2013.  An accompanying exhibition will take place, highlighting the key brands and shoes that contributed to what we now call the sneaker "game". Highly valued and much loved, the shoes that make up the exhibition have been borrowed from Northampton Shoe Museum, one of Europe’s biggest collector of trainers. The exhibition will also attempt to provide users with a complete back story to these sought after shoes.  With iconic shoes and sneaker related work from emerging artists making up this multimedia exhibition, visitors will be taken on a journey through the last three decades of sneaker history. On the final day of the festival, Sunday 13th October, two separate events will take place that both reflect the diverse ways of how sneakers have influenced various facets of mainstream culture. The first is a workshop, held at BOXPARK by street artist PINS that will encourage participants to step into the role of sneaker designers by creating sketches of iconic shoes. The produced pieces of artwork will be part of a bigger project; put aside one another, they will form a montage of a shoe, reflecting the profound effect that design has had in creating a sneaker universe. The second is a panel discussion, which will explore the vast history of sneakers, the rise of 'sneakerheads' and the increased trend of resellers and how these factors have impacted on the production of these shoes. “Is It The Shoes?” curator Anthony Andrews says " I saw an opportunity to produce an event that celebrated this almost sub culture of footwear fans known as 'sneakerheads', whilst giving them a platform to explain their enthusiasm for their hobby. I know people who compare sneaker collecting to art collecting- and when you see something as beautifully put together as say, the Air Jordan 3, it's hard to argue against that." "Is It The Shoes" promises to be a groundbreaking event for sneakerheads and will offer a new take on how sneakers are perceived in today’s society. 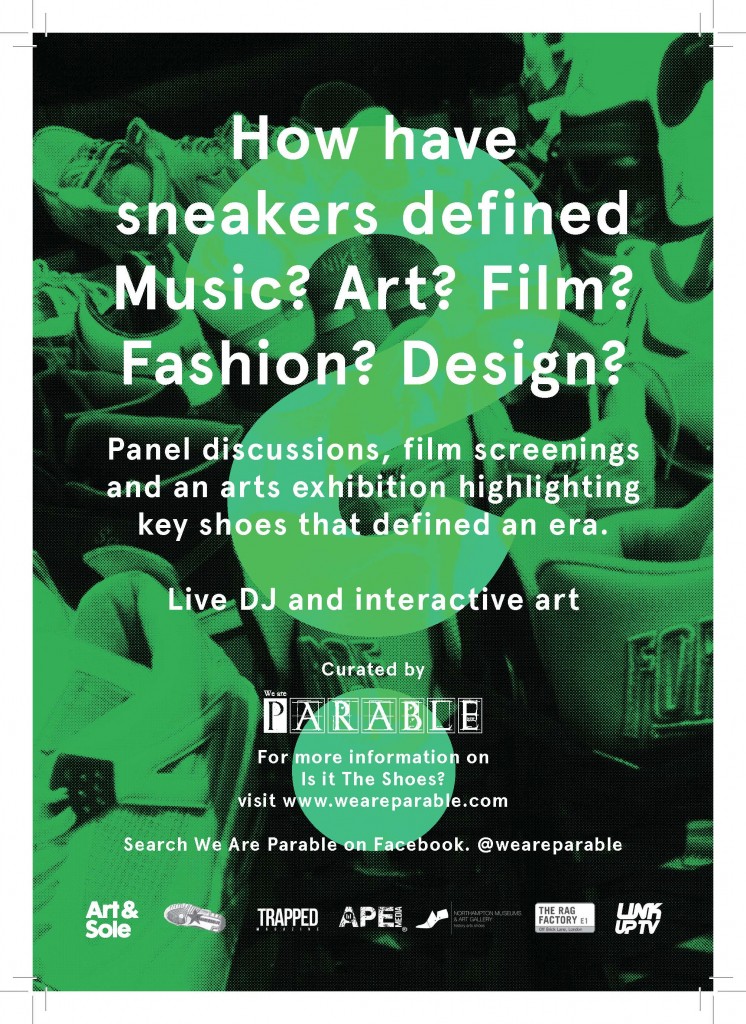