http://youtu.be/pJYhnEfN_u4 The growth of footwear technology has excelled immensely over the last 2 decades with numerous new innovations being presented, but it always seems to be that the older and more original styles that have been the more popular. And with PUMA, their technology of choice was Trinomic. The running-specific technology from the German brand initially featured across only a handful of selected models with the XT2+ and XT1+ being two of the first, due to their detailed construction. Built into the midsole, it provided an increased amount of cushioning, shock and energy absorption and finally what can arguably called the best motion control around at that time. To celebrate the return of such an iconic silhouette, PUMA launched the exclusive multi-sensory exhibition inside an abandoned bunker in the depths of Hackney, London. Green was definitely the colour of choice, highlighting the shoes extravagant use of futuristic materials and hues, that when first featured, instantly blew the competition away. But it wasn’t just the shoes that were given the special treatment; the iconic green shoe box, an authentic element that has complimented the shoes perfectly in every form, has now been reissued and with such heritage behind it, why not! To end the night and to carry on the early 90’s theme, we were treated to a roof top gathering with performances by Oli D.A.B & Robin along with the legendary DJ Abstract and Shy FX (with a special appearance by Ms Dynamite). Check the video recap above and the PUMA Trinomic XT2+, which is still available in selected stores HERE… 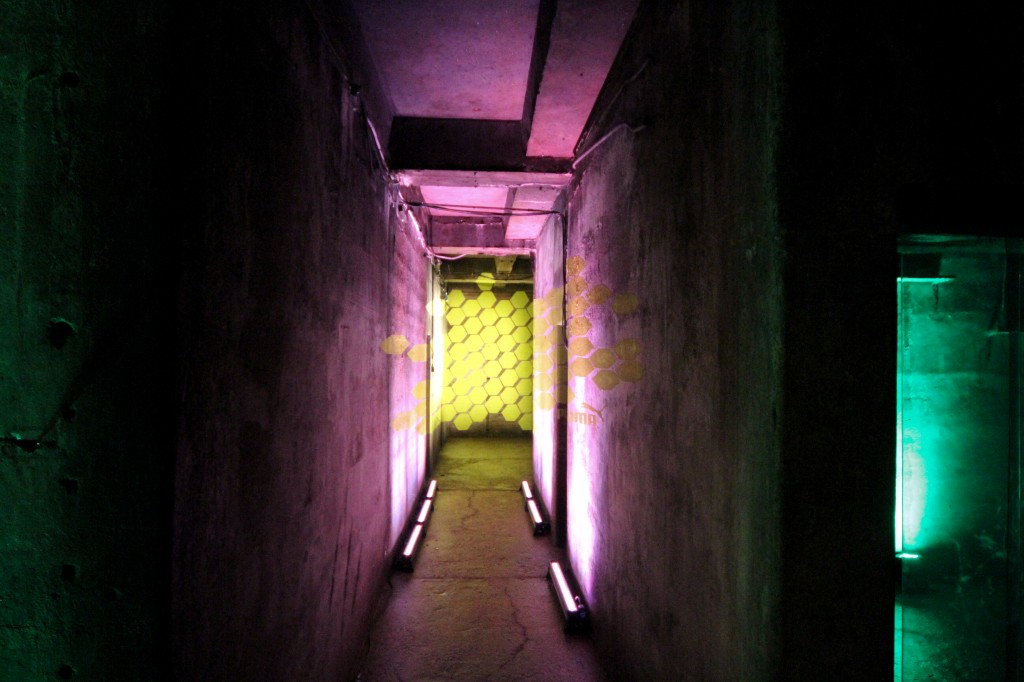 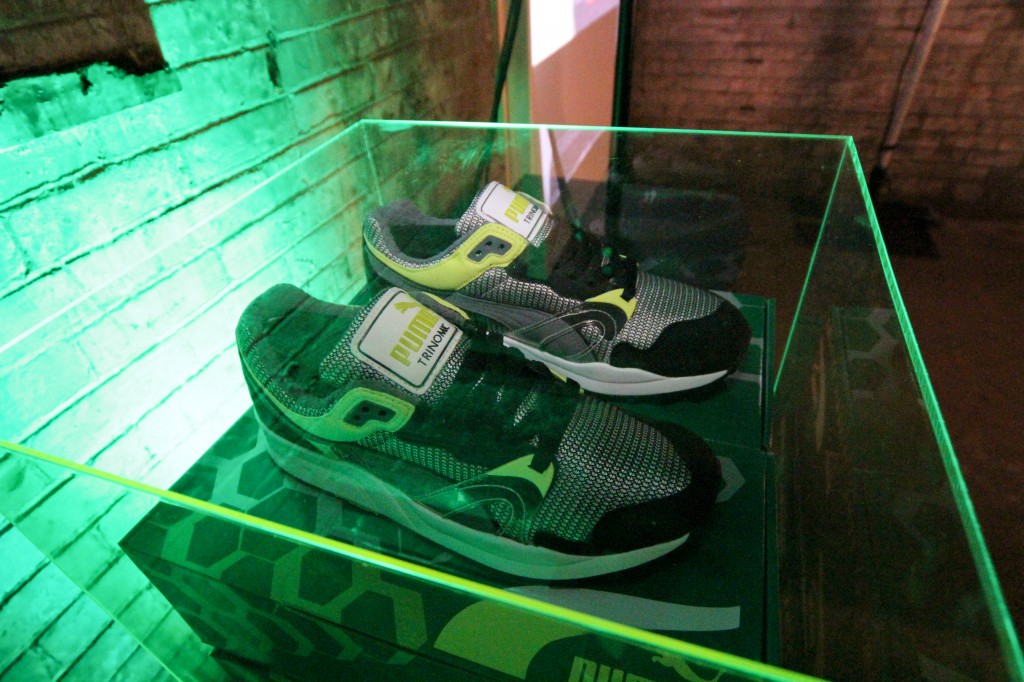 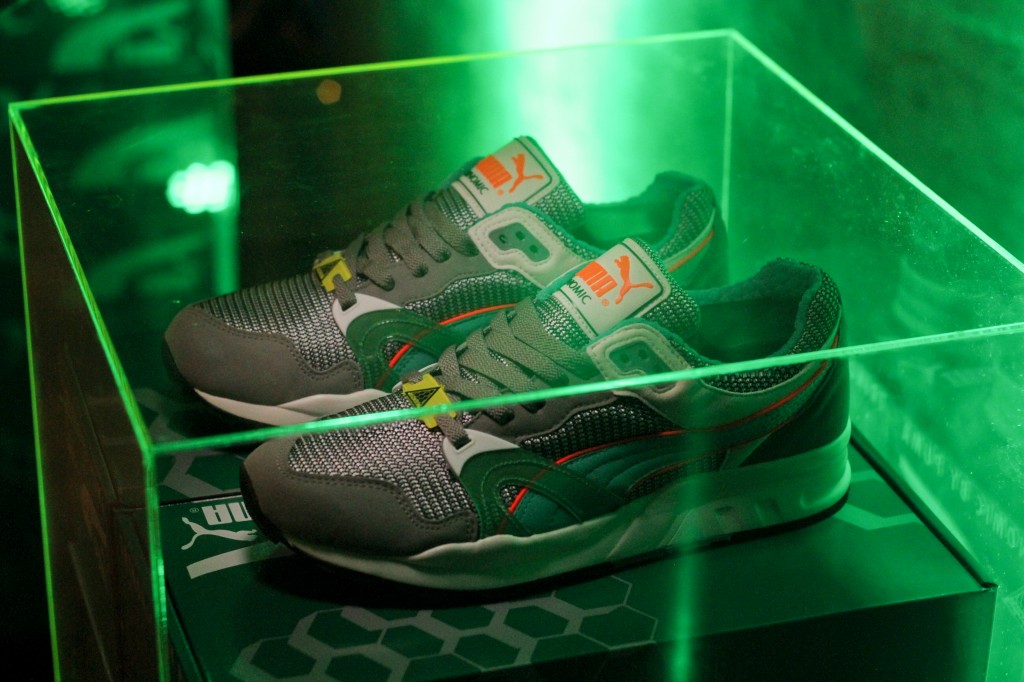 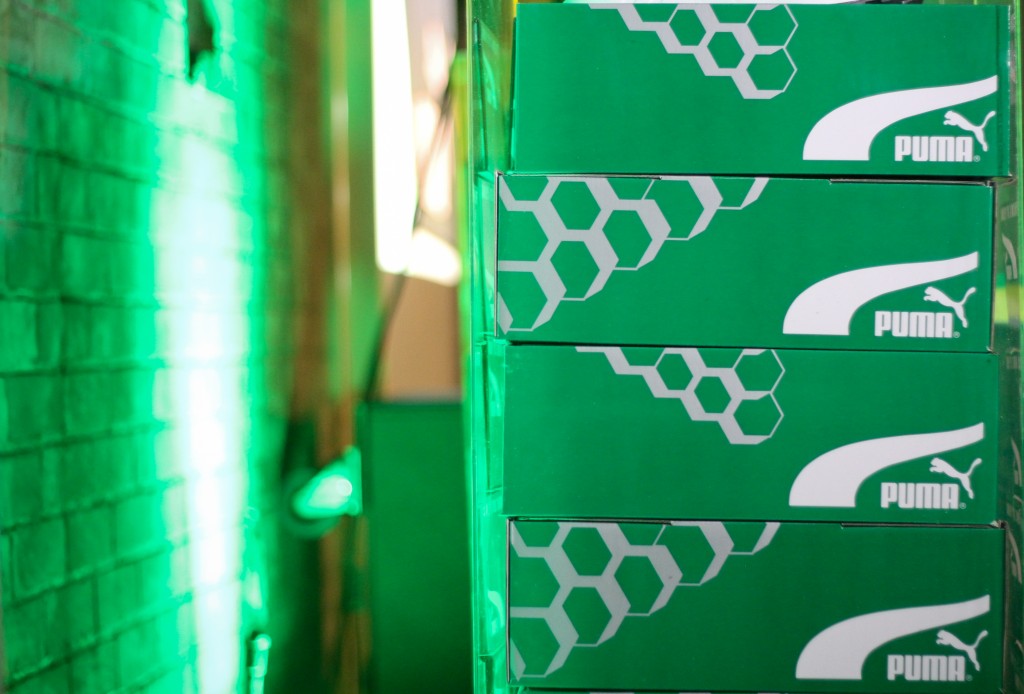 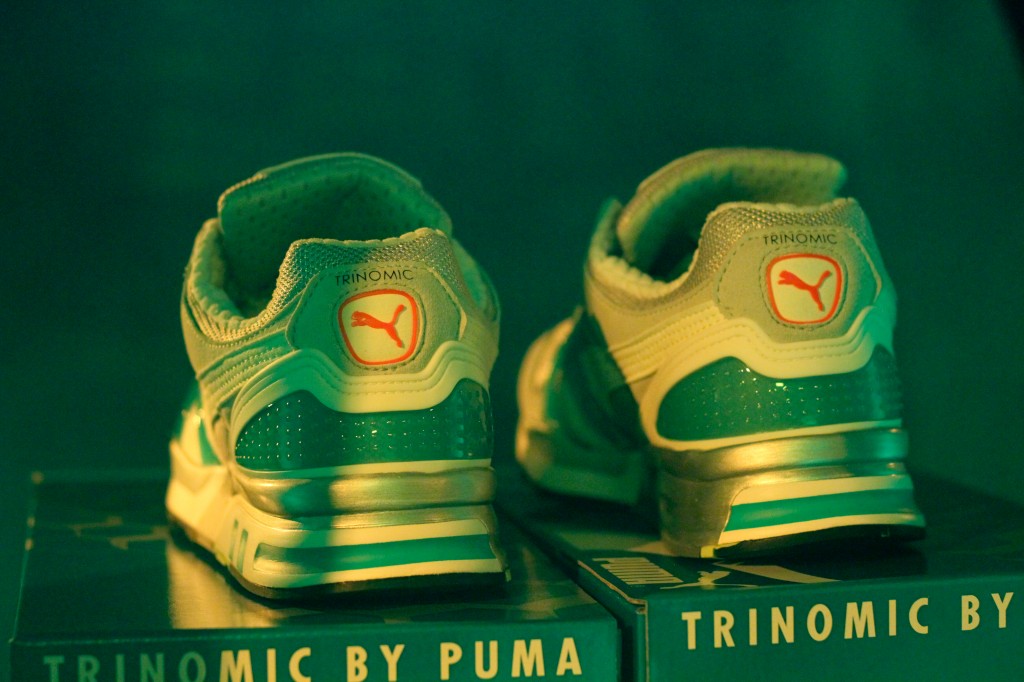 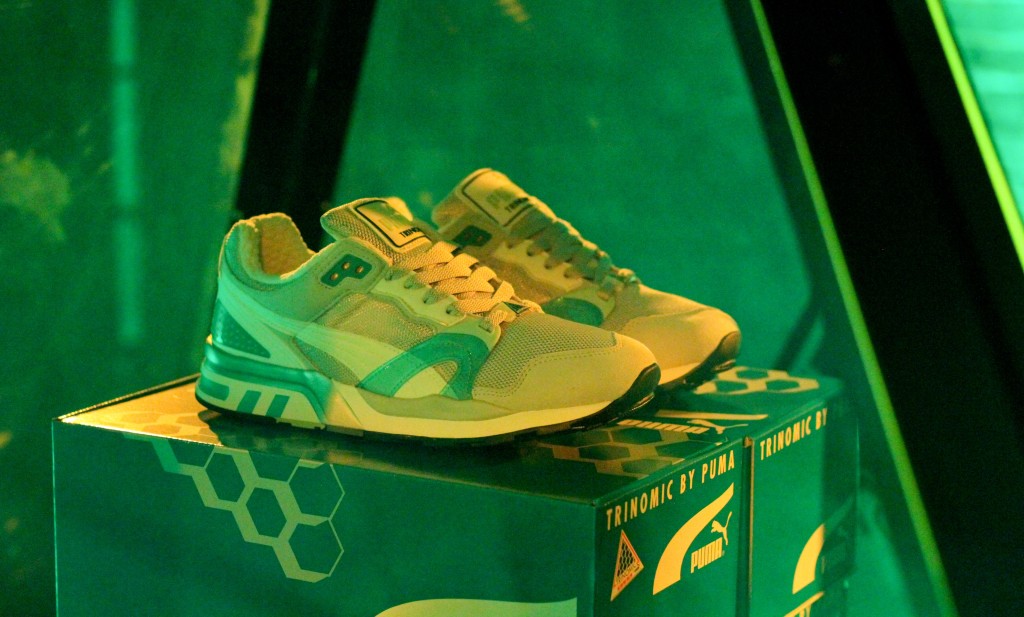 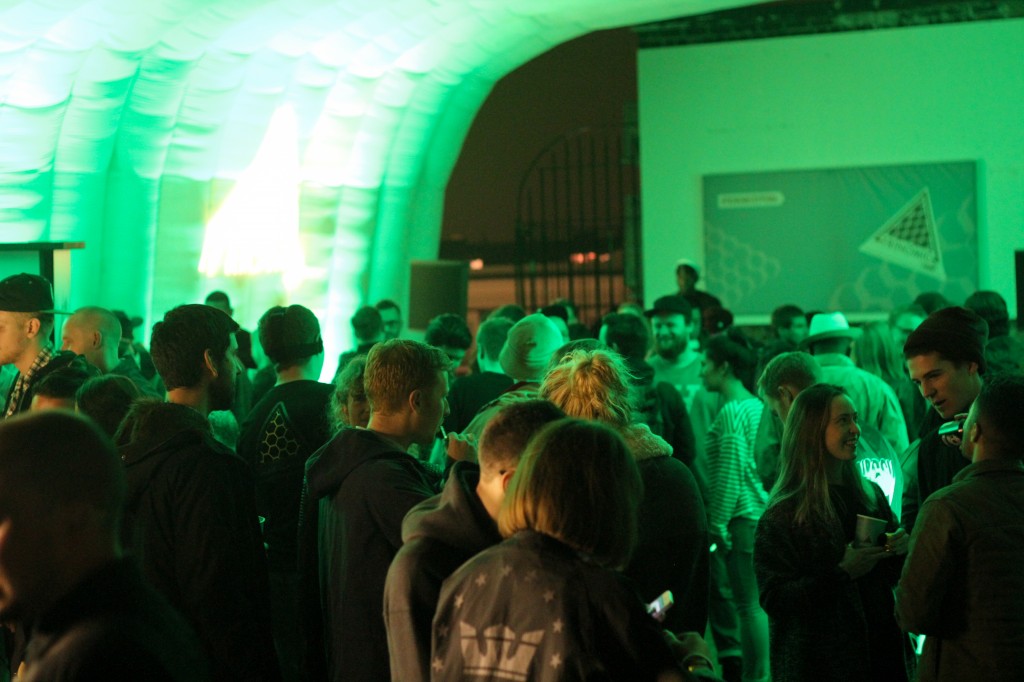 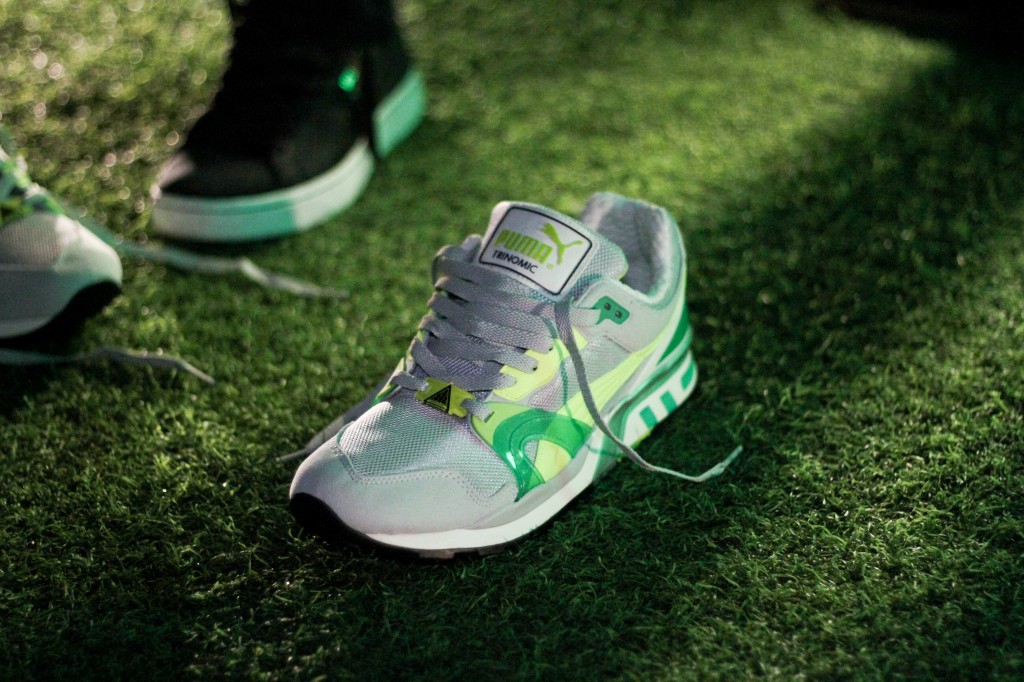 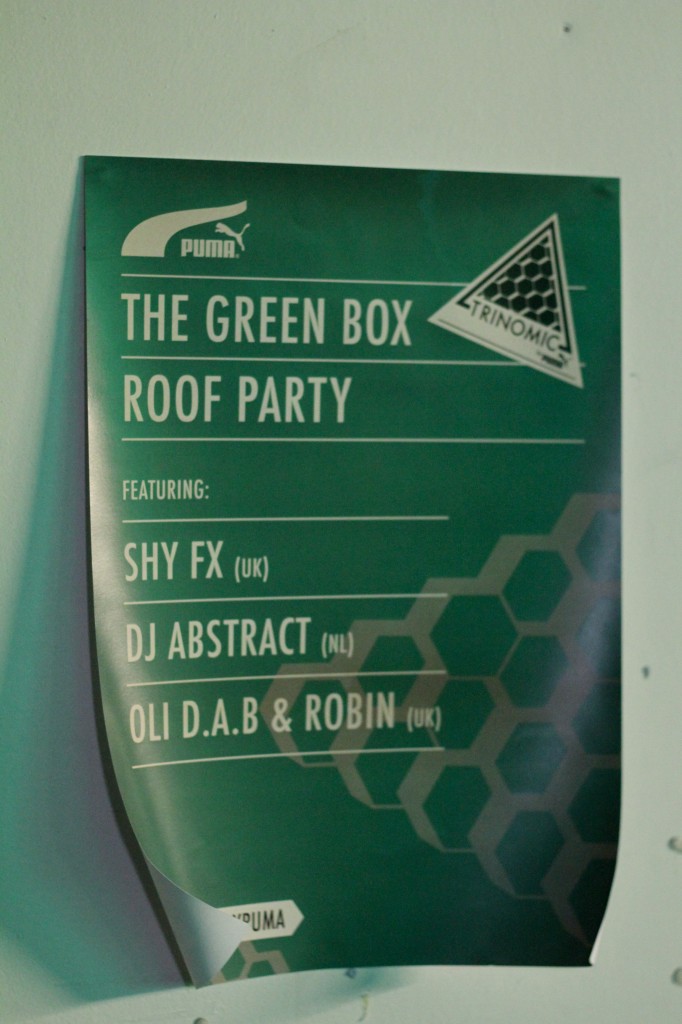