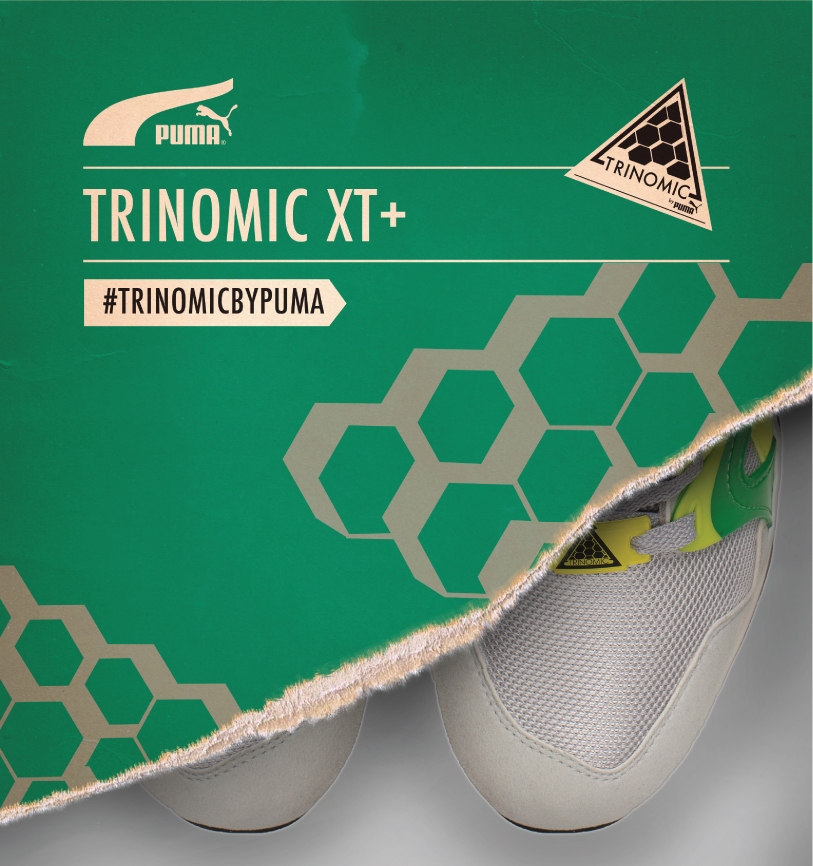 PUMA’s TRINOMIC technology was born in the early running boom days, when the sport began to move from track to street. This revolution first originated out of PUMA’s Natural Running collection in the late 80’s and resembled a honeycomb cell. This initial concept evolved and progressed into PUMA’s now famous TRINOMIC technology.

Back in 1990, PUMA debuted their most advanced Trinomic technology yet. It was easily identified by the use of a hexagonal system in the sole that compressed and rebounded load. Released into a market ravenous for innovation and technology. Trinomic quickly found favour amongst runners who revelled in the plush ride. The technology was applied across a variety of shoes including the, XT PLUS series, one of PUMA’s most appealing application and enduring favourites.