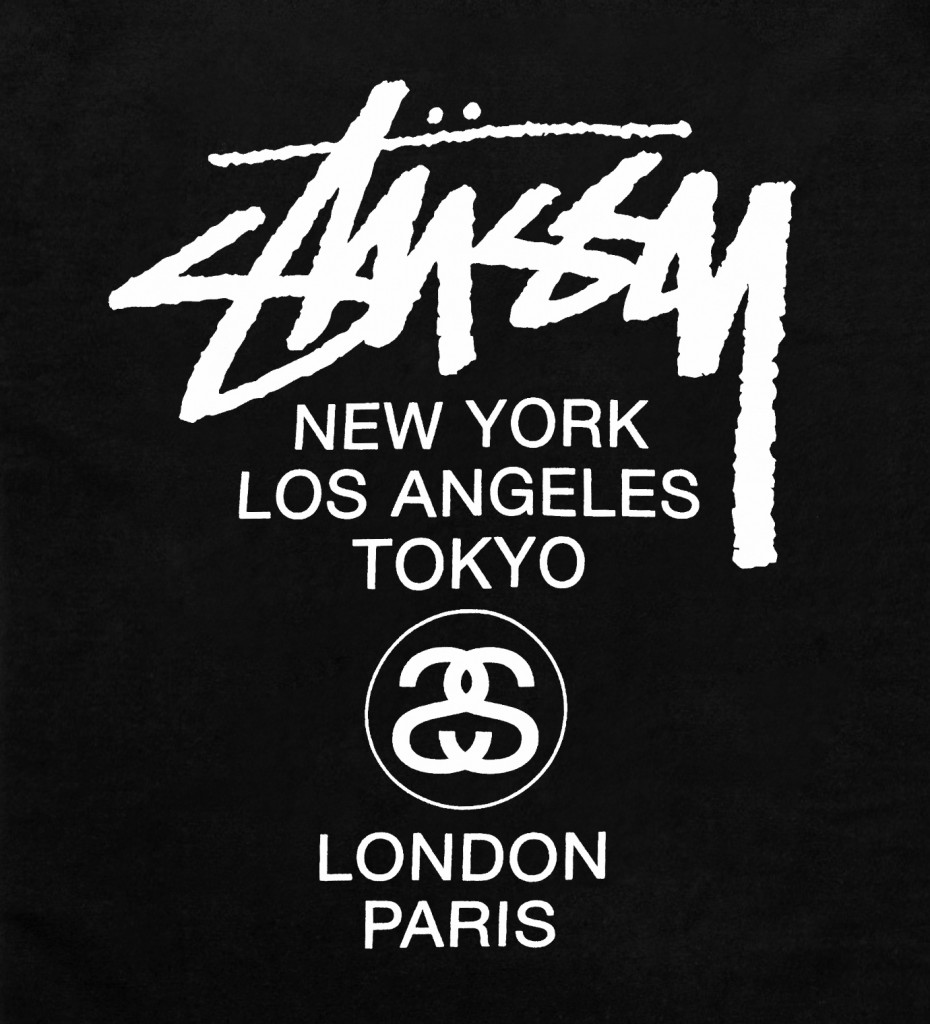 The fall of 1989 was remembered for the first release of the Stussy World Tour t-shirt. Shawn Stussy created what would become an enduring concept in graphic t-shirt designs. The idea and execution were simple: juxtapose two cultures from traditionally different worlds – a style device that had been used in art and music. On the front of the tee, names of cities associated with giants of high-end fashion and glamour are written in a stoic and formal Helvetica type. London, Paris, Los Angeles, New York, Tokyo – these were the cities considered to be the style capitals of the contemporary world. The back of the shirt was printed with names of boroughs where our kind of street culture was actually thriving. Considered dark and underground, these untapped urban areas were about to shake up the world.  Scrawled in a hand drawn manuscript, the back of the t-shirt clashed with the front in style, look and meaning. The graffiti was a shout-out to this band of outsiders - Brooklyn, Bronx, Compton, Santa Ana and Venice - that is reppin' a new vibe, direction and attitude. The Stüssy World Tour T-Shirt collection is now available online and in selected size? stores, priced at £35