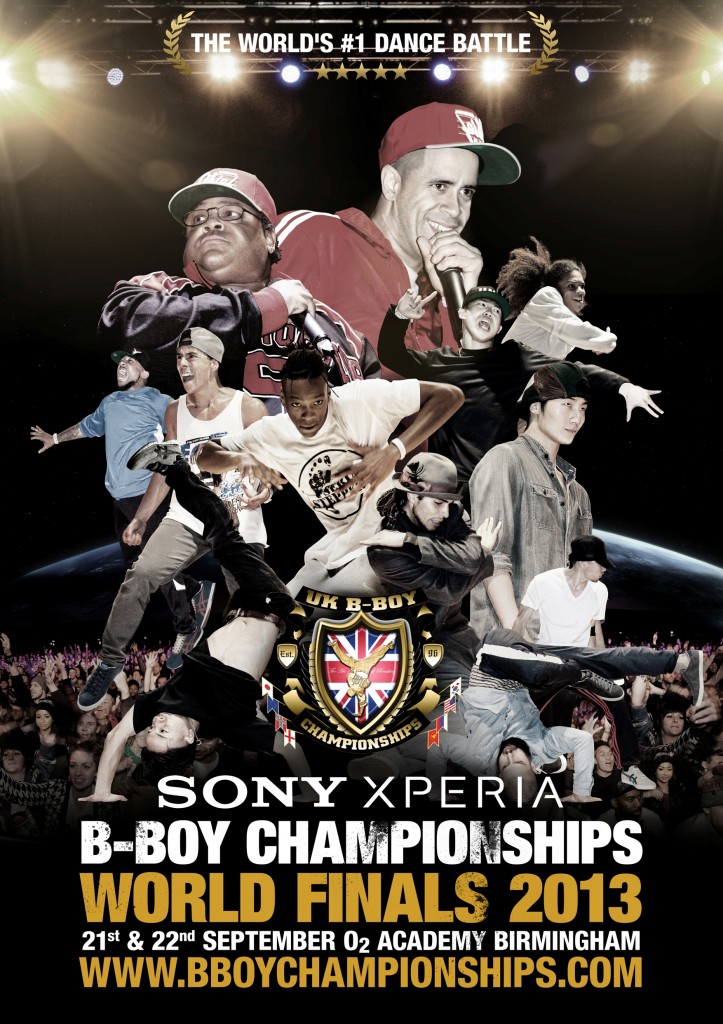 Hosted by hip-hop legends Crazy Legs and Afrika Islam, the 18th annual Sony Xperia™ B-Boy Championships World Finals will see top break dancers, poppers and hip-hop dancers bring their best moves, routines and unique style to the stage!  The audience are set to witness the most incredible action as the dancers go head-to-head, battling it out for the coveted world titles. In a ground-breaking move, the 2013 World Finals will be held in Birmingham in a new partnership with DanceXchange, the city’s power house of dance.  The O2 Academy Birmingham will welcome 6,000 fans to the world’s #1 dance competition for a weekend of awe-inspiring battles and shows on Saturday 21st & Sunday 22nd September 2013. After 15 international eliminations, the most incredible dancers will take part in the ultimate battle! The UK’s own representatives for the crew battle will be selected on Day 1’s Knockout Jam in the National Crew Championships. Our national winners will challenge the greatest crews from around the globe including Japan, Korea, USA, France, Middle East, China and Latin America in the World Finals on Day 2.  All of the dancers will display their raw talent, flavour and mind-blowing moves to impress a world-class judging panel made up of leading international pioneers and World Champions including Storm, Roxrite, Buddha-Stretch, Mouse & Lamine. The weekend will also include dance workshops led by some of the world’s top dancers, which will be held at held at DanceXchange. To keep the crowd entertained in between the explosive battles there will be special feature performances from pocket-sized Japanese Kids Hip-Hop Crew Champions, plus the ever popular Crazy Legs ‘Fresh Awards’. http://youtu.be/5Q8Ro5BPyBI