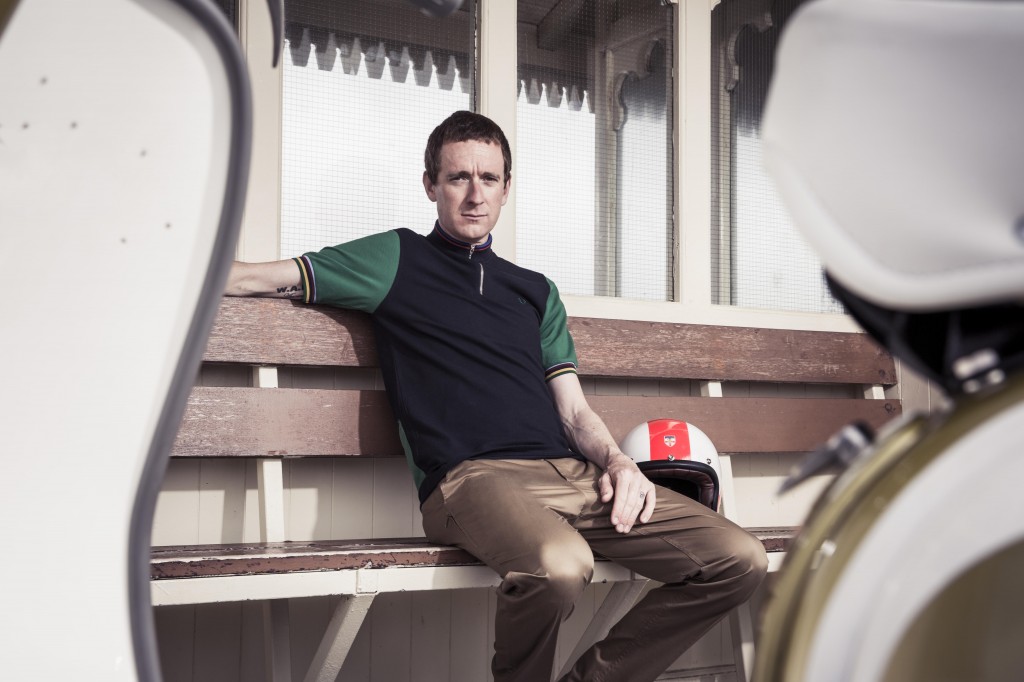 Bradley Wiggins, one of Britain's most successful sportsmen of all time and self-proclaimed mod has collaborated with Fred Perry for a fourth season; creating a collection which embodies his distinctly British sense of style and the unique link that both Fred Perry and Wiggins have between sport and subculture. 2012 proved to be a momentous year for the celebrated cyclist, winning a trio of major races in Europe and going on to win the world's most prestigious cycling race, Le Tour de France. Wiggins then became the first rider in history to win both the Tour and take home a gold in the Olympic Games, for his part in the men's time trial. Going on to be named Sports Personality of the Year, Wiggins popularity has now extended beyond his sporting accolades and has won him a legion of fans. The Autumn/Winter collaboration with Bradley Wiggins characteristically references 1960's style and design and sees both new and reworked favourites offered in vintage inspired patterns and colours. Refined and streamlined silhouettes incorporate functional design details with a nod to cycling jerseys of the past - zipped rear pockets, scooped hems and quarter zip neck fastenings. Taking influence from classic cycling jerseys and the Fred Perry archive, rich maroon and privet greens are softened with hues of blue, whilst British mustard yellow is offset with French Navy, reminiscent of cycling's roots. The traditional colour blocking used throughout the range was used for easy recognition to identify riders as they rode away in to the distance and the nostalgic colour combinations are evocative of the legends of the 1950's and 60's - a time often referred to as the Golden Age of Cycling. The Bradley Wiggins range in now available online and in selected stores, consisting of 3 cycling shirts, 2 cycling polo shirts and a selection of footwear.