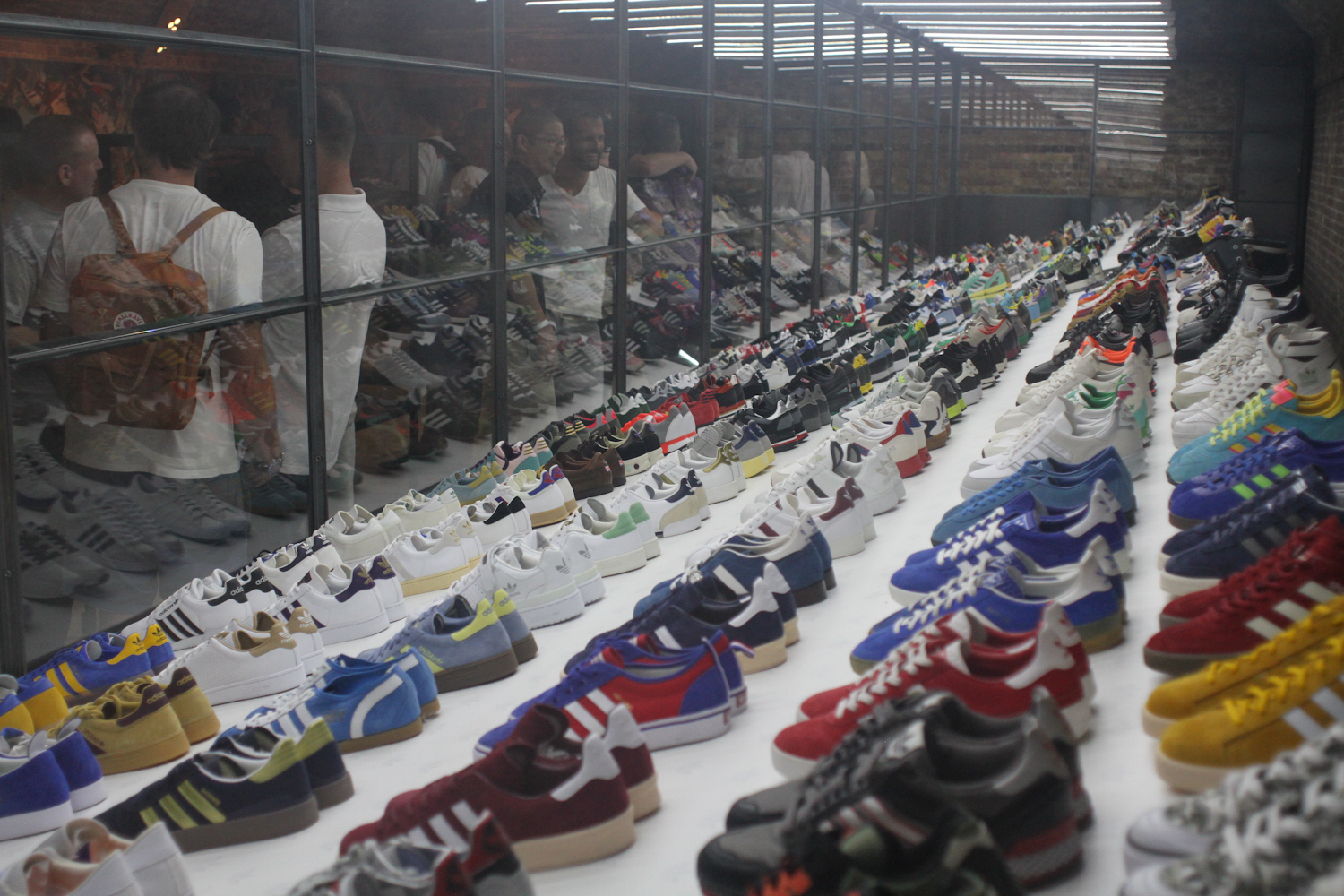 Under the worn arched brick roof of the Hoxton Gallery lies a collection of trainers that has to be seen to be believed. It takes a while to register just how much footwear is contained within, but you can’t class this as JUST a bunch of shoes. These are the fruit of decade’s worth of collecting, sourcing, buying, opportunity seizing. Some of the rarest gems and forgotten treasures alongside one-off productions and autographed uppers. Welcome to adidas Originals’ ‘Spezial’ exhibition. 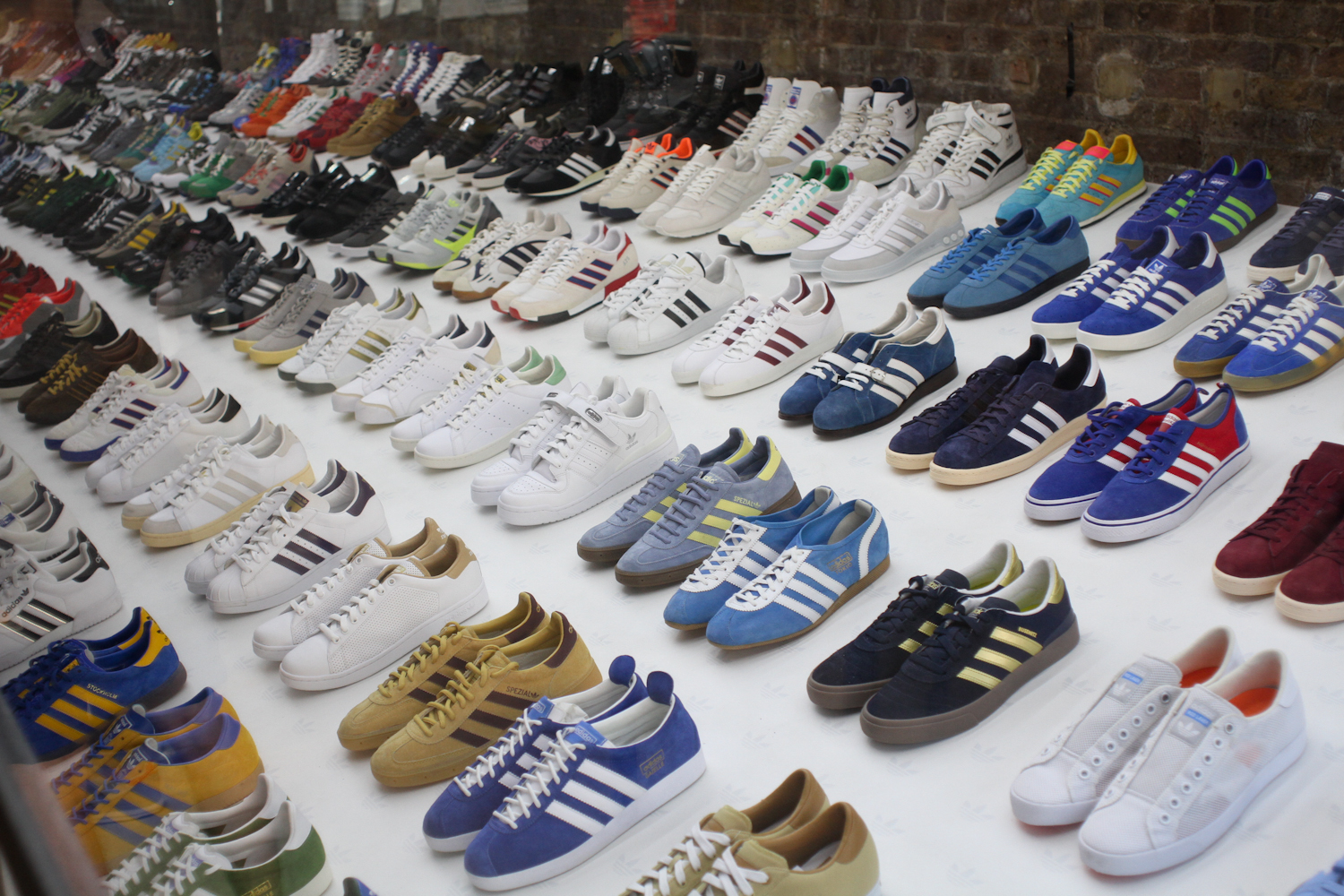 Kindly invited by adidas to attend an exclusive preview showing, a select group of size? store staff , head office personnel and close friends from the press were treated to a private showing of the collection in the afternoon which included an awe inspiring talk on all things adidas from former trefoil Global Head of Entertainment and exhibition curator, Gary Aspden. 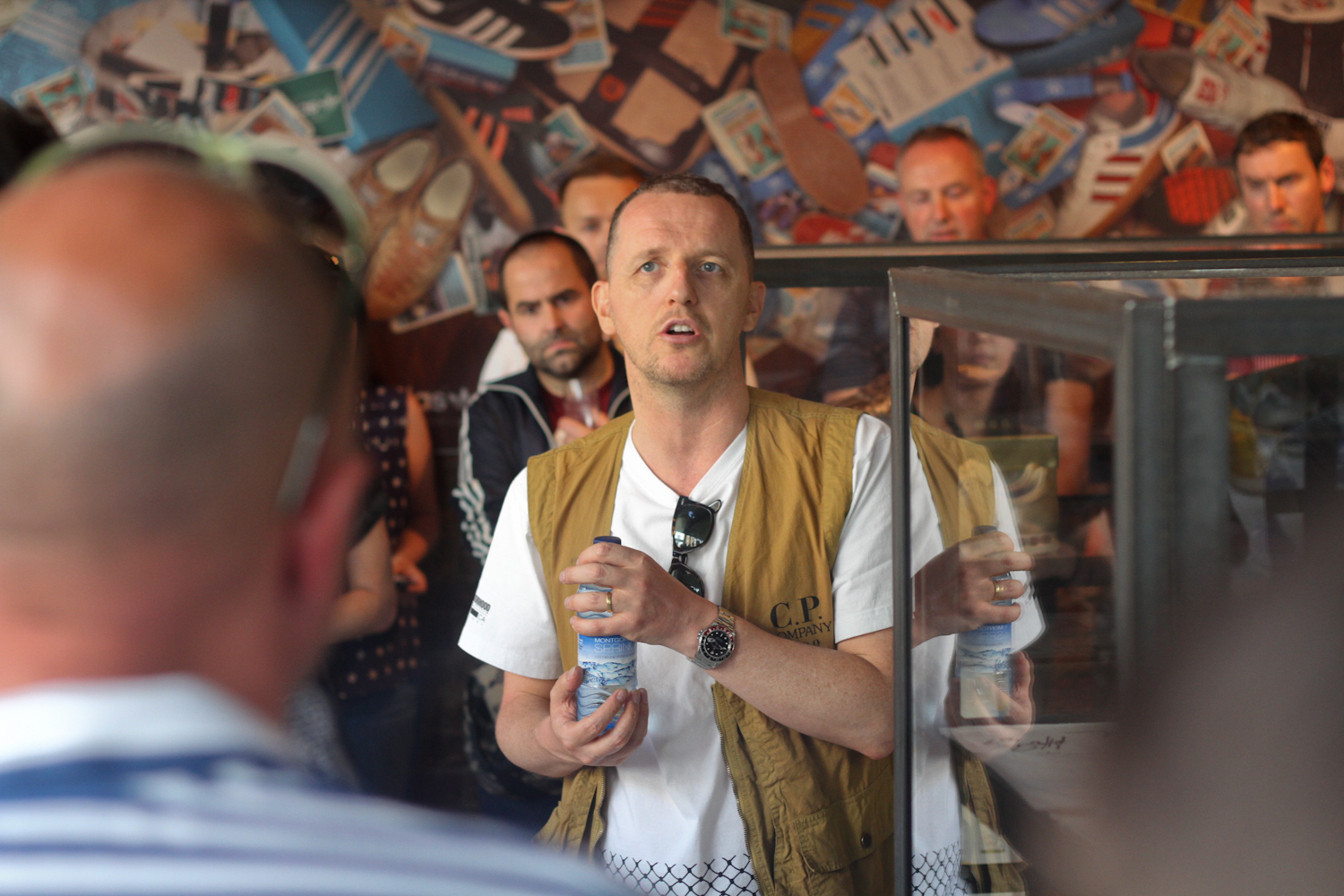 Recalling anecdotes on how projects such as Consortium, Superstar 35th Anniversary and aspects of the City Series came to be, this really was insider information of the highest order. “At the time, the idea of a Manchester edition of the City Series had been talked about for a while. That part of the world has traditionally been a adi heartland and with the Commonwealth Games happening there in 2002, we knew the timing was perfect. The original Manchester edition of the City Series was maybe one of the quickest turnarounds from concept to shelf we ever did. 90 days. We’d decided on the silhouette and just needed a colourway. We couldn’t do all red as that would p**s off the City fans, and we couldn’t do all over blue as that would p**s off the United fans. So we put both on there. Got it out there just in time”. 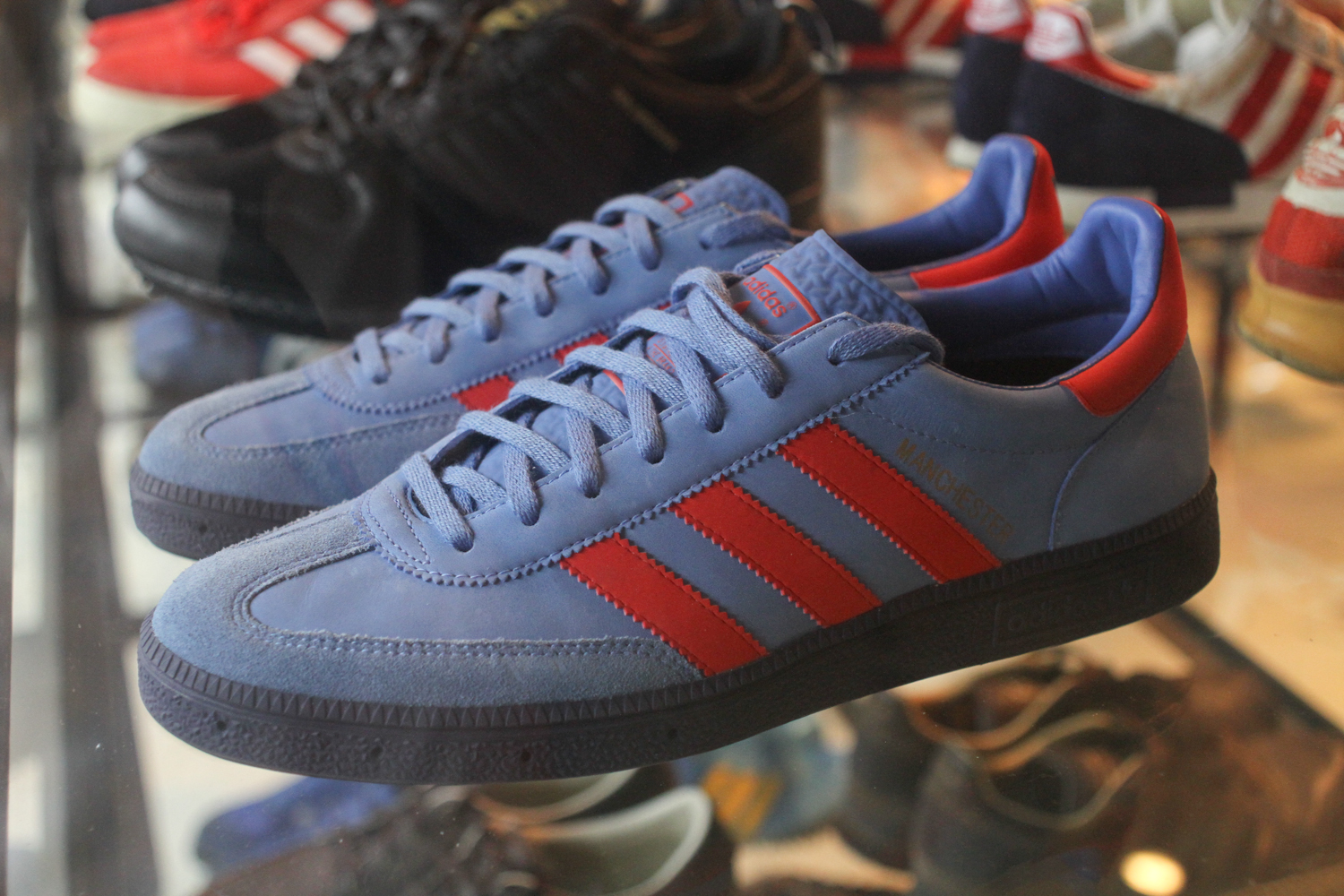 Gary’s short stories also included how during the Superstar 35th project, he had to hand deliver shoes to the Malibu beach house of Red Hot Chili Peppers' bassist Flea (which included a graffiti covered driveway and wild dogs running loose), and how he brought a certain Mr Kazuki on board for some special collections. The rest is history. “Each shoe’s history is open to interpretation. There is no definitive, catalogued history of every shoe, and that’s what i love. And believe me, I’ve got a LOT of catalogues...” At the end of the speech, it was time to break and refuel. But not before Ian Brown had walked through the door. A close friend of Gary Aspden’s, the Stone Roses frontman and exhibition contributor happily chatted and posed for pictures, signing copies of the ‘Spezial’ edition catalogue book produced for the event. 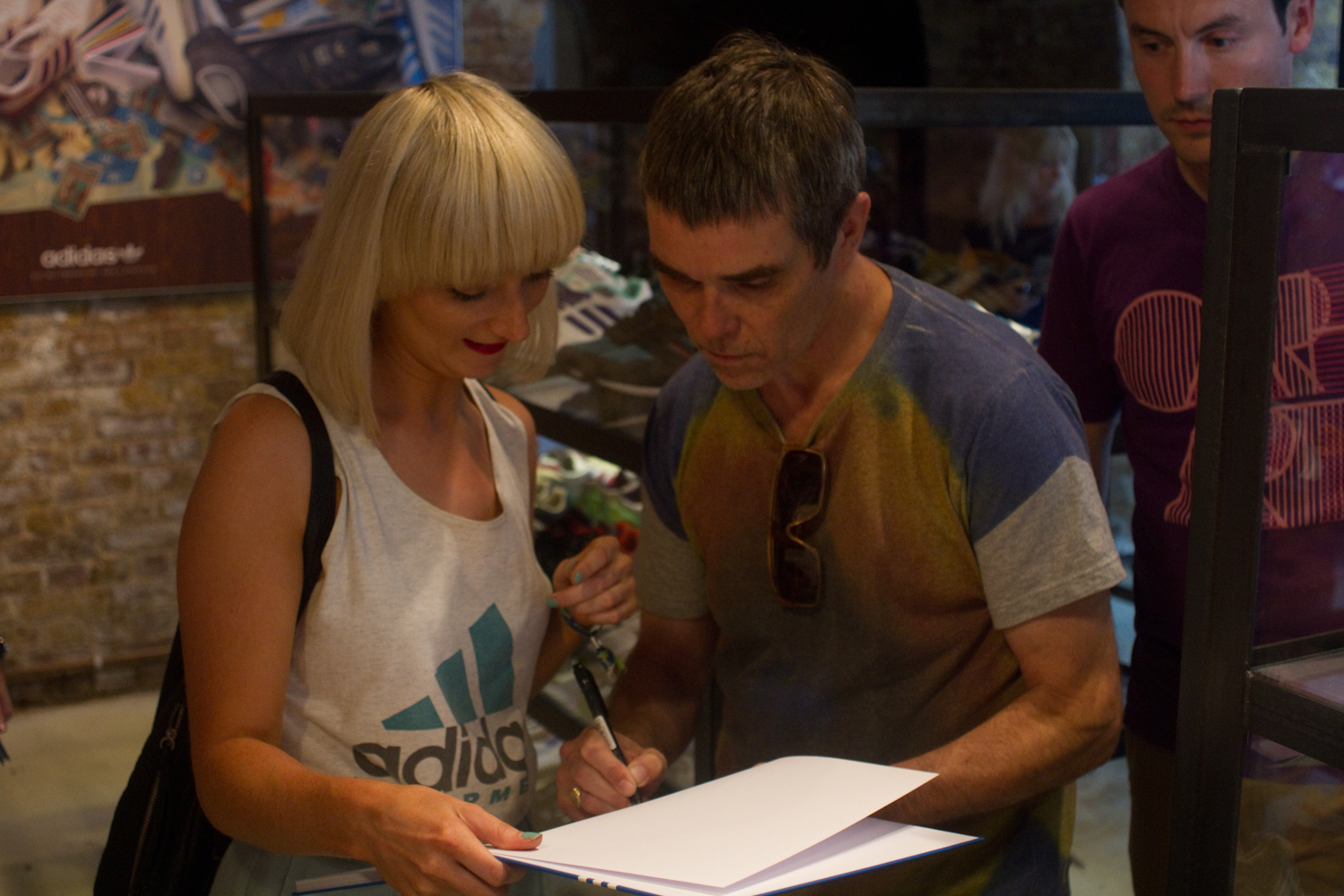 The evening event was nothing less than you would expect for an exhibition of this calibre and standing. Photographers, collectors, bloggers, Instagram celebrities and the like all came together to converse about everything 3 Stripes and view the gallery space filled with 5ft high glass cases, each packed with models such as the Edberg, Swiss, original Dublin, Vienna, the adi Noel Gallagher, adidas' infamous Tubular and even a pair of personalised adidas x Bathing Ape Predator football boots. 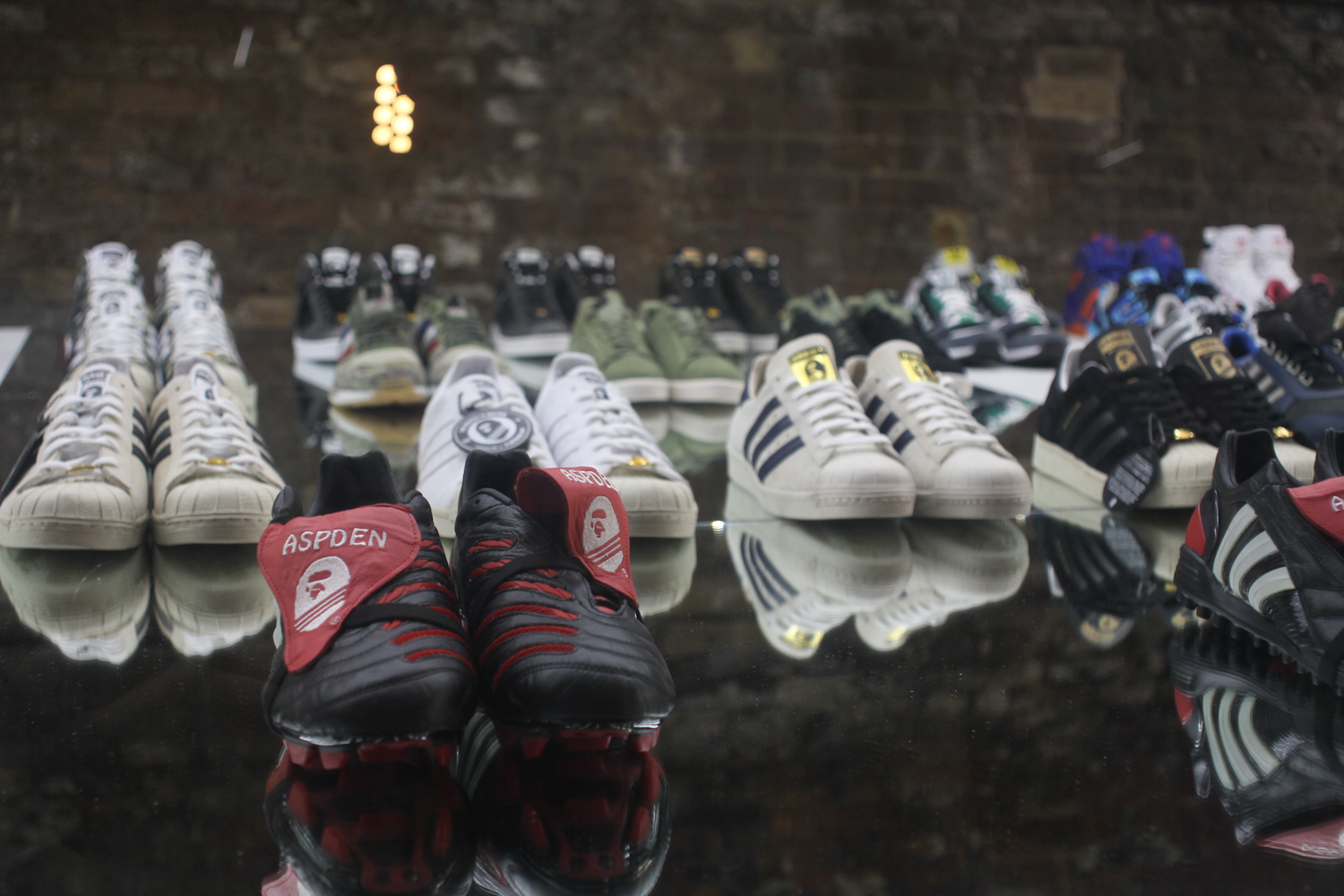 Alongside Ian Brown, legendary attendees also included Bobby Gillespie of Primal Scream, This Is England’s Jo Hartley and the original influencer and hip-hop legend himself, Darryl McDaniels aka DMC. 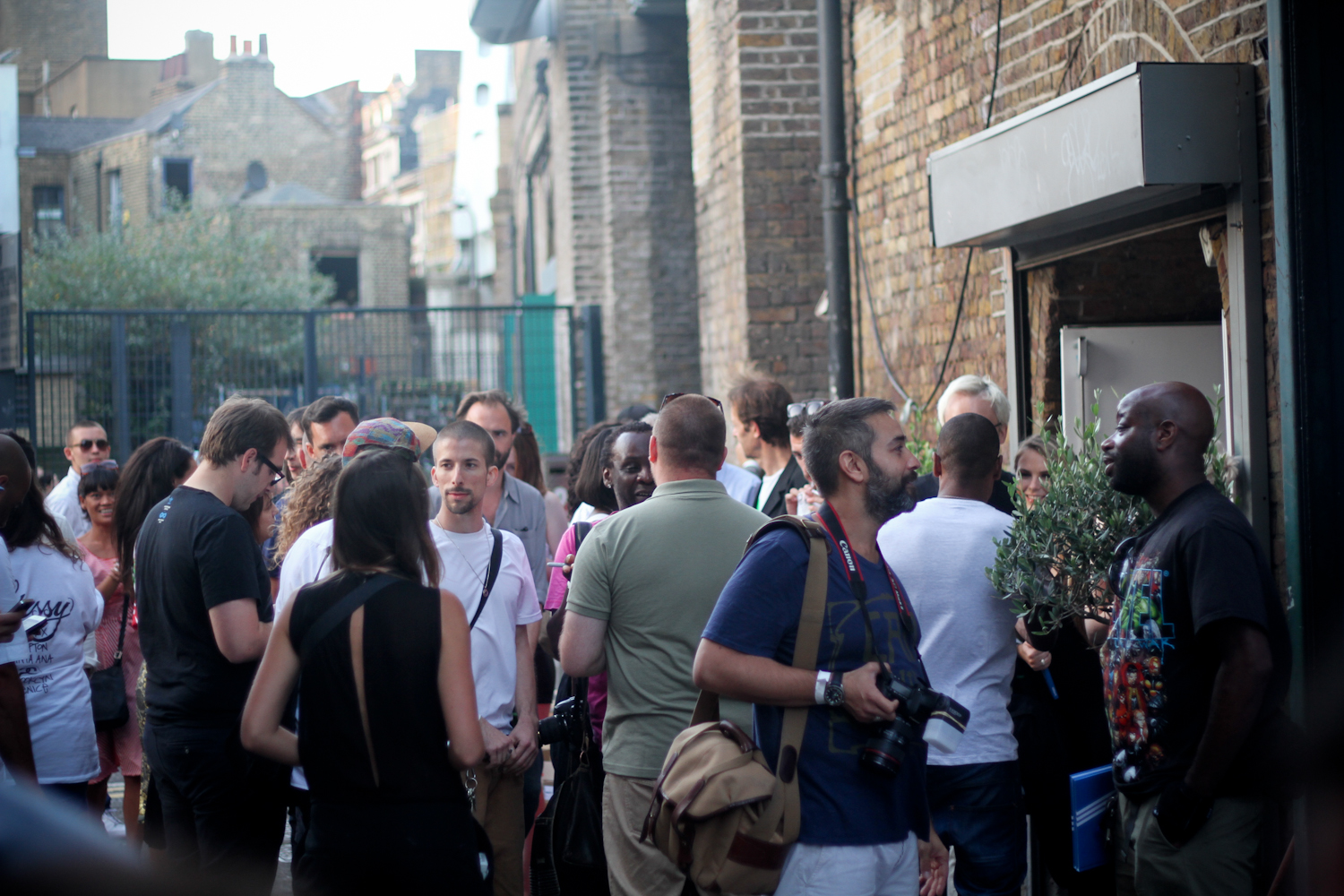 A fantastic celebration of the brand, its history and a great insight into the slightly mad and obsessive compulsive natures that are born from the chase of the trainer. The ‘Spezial’ exhibition runs until 27th July and can be seen 12pm - 7pm at the Hoxton Gallery, 9 Kingsland Road, London, E2 8AA. 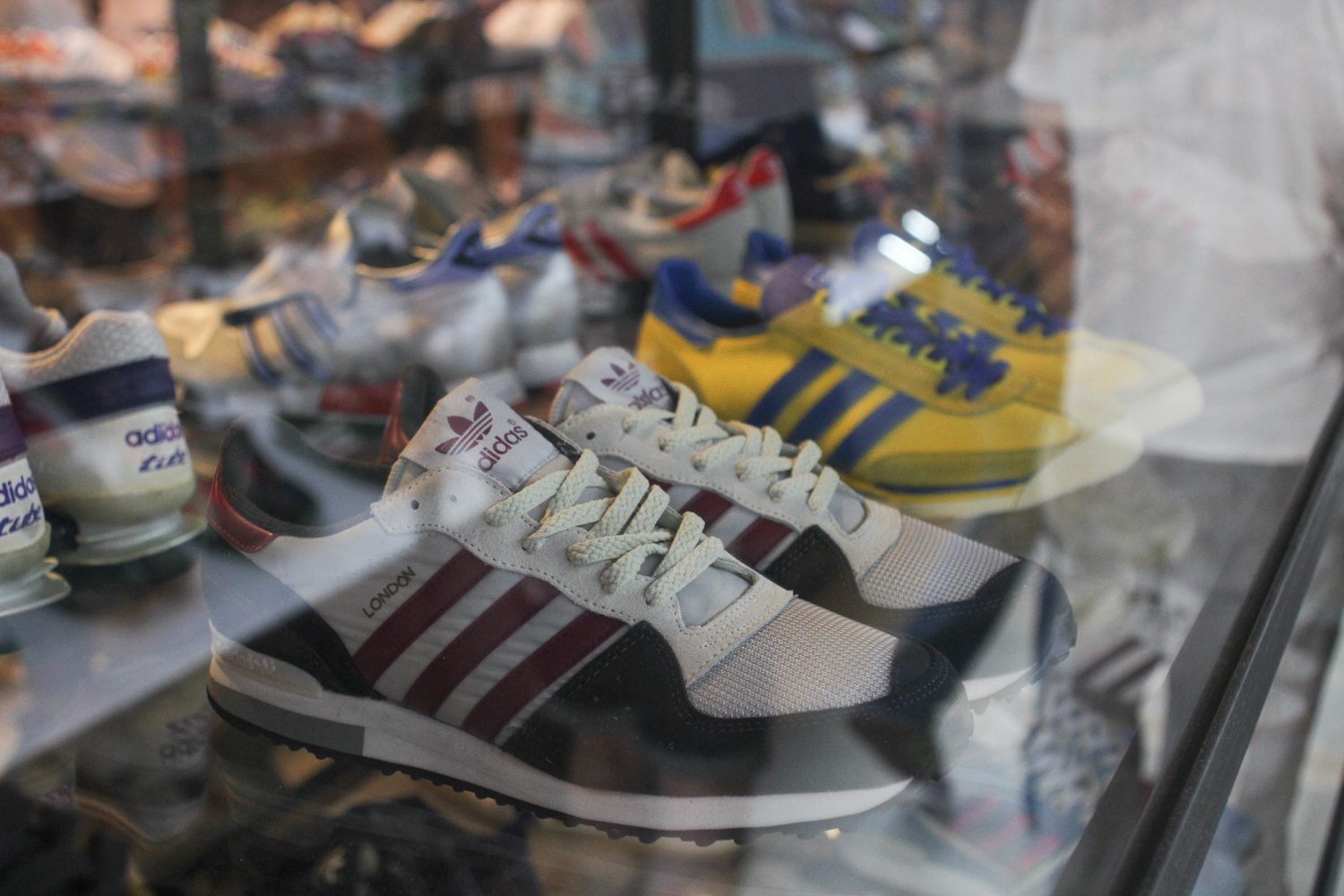 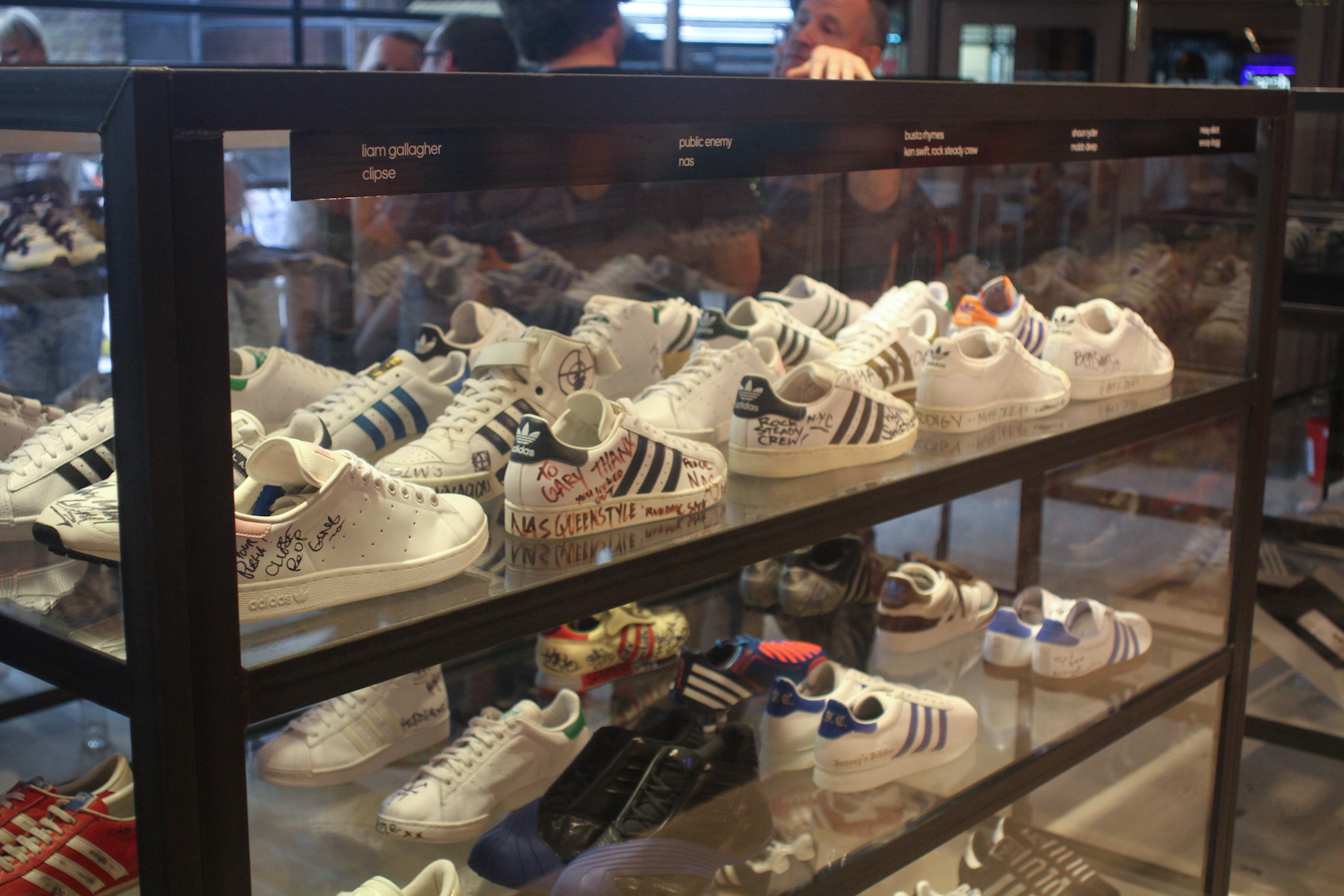 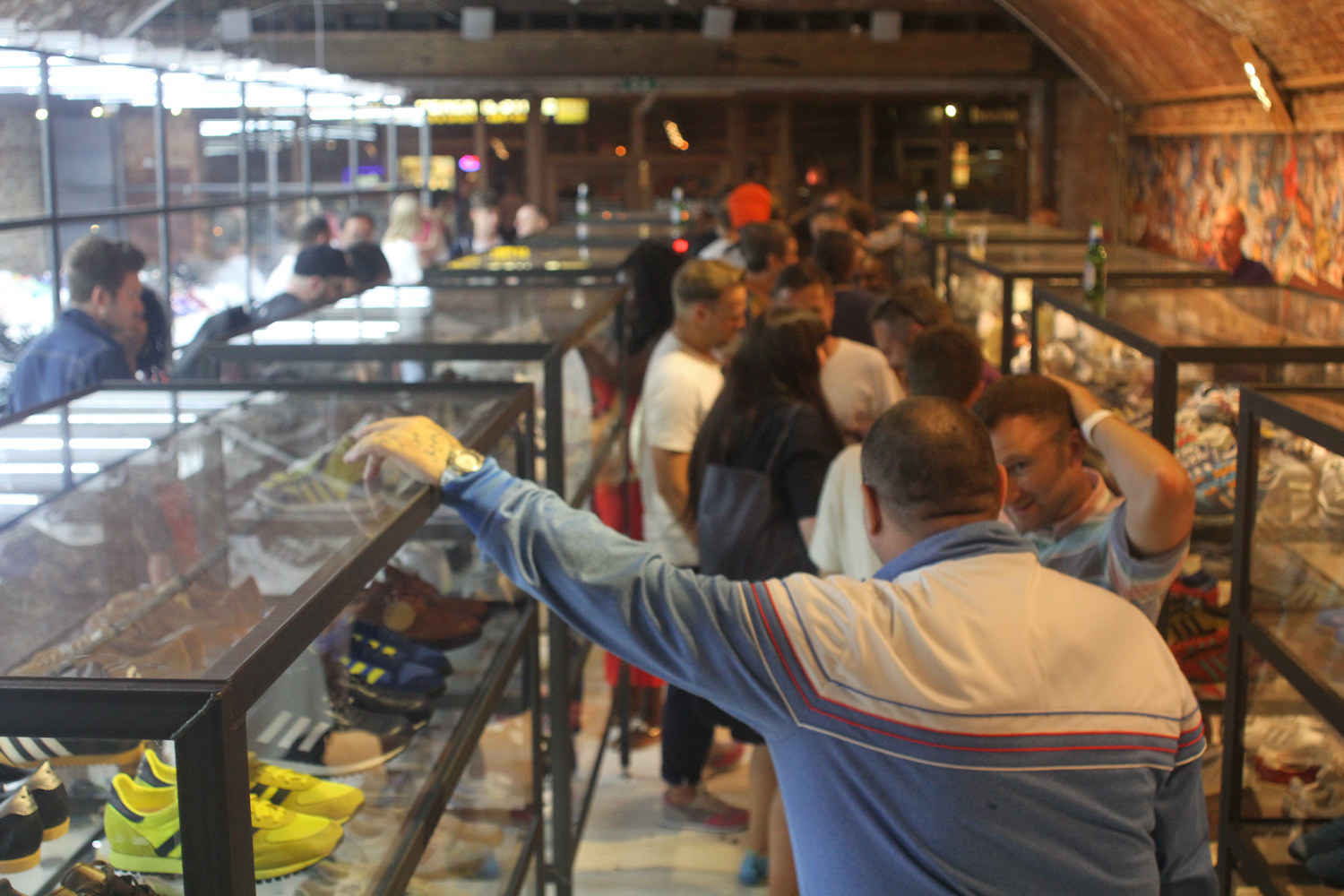 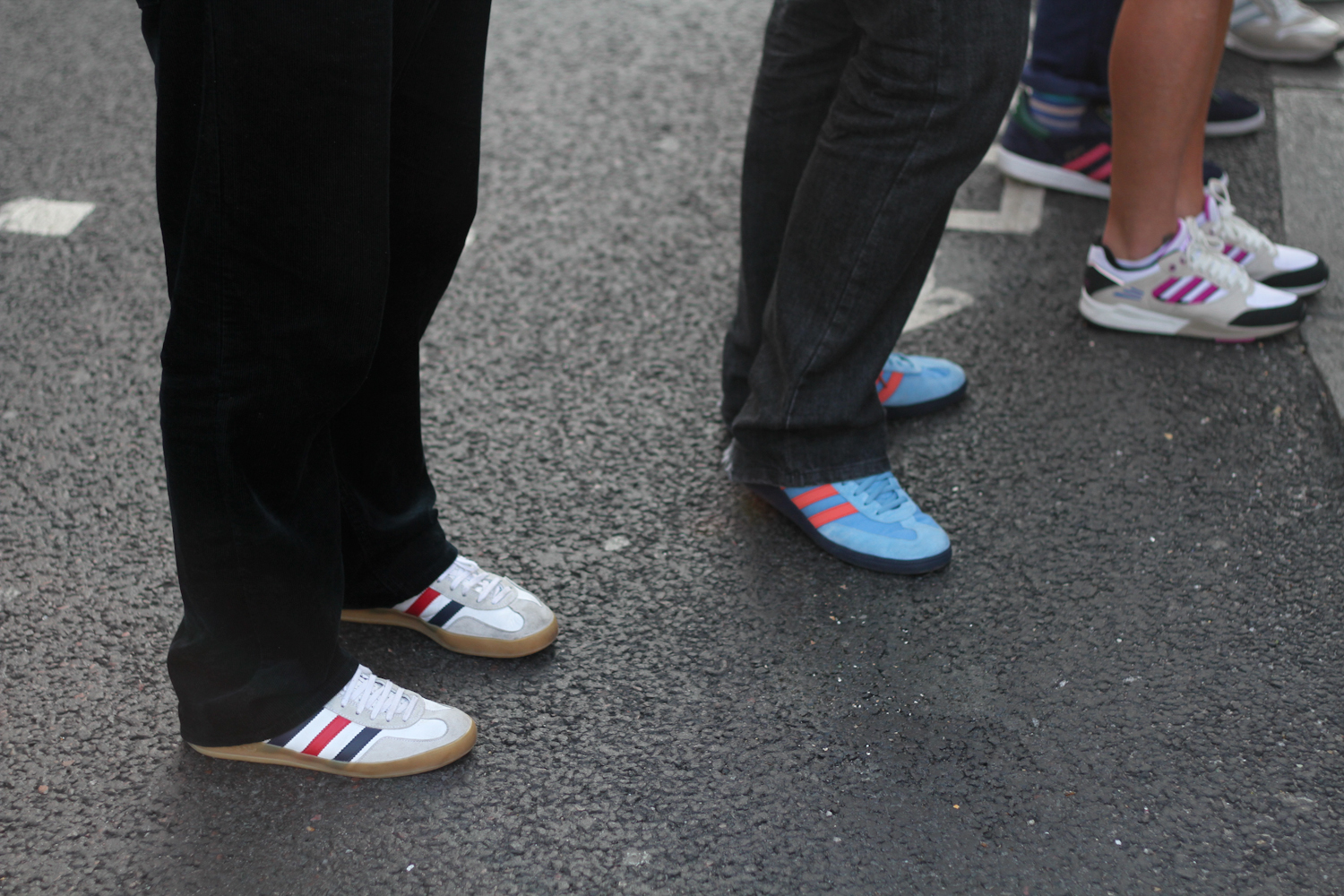 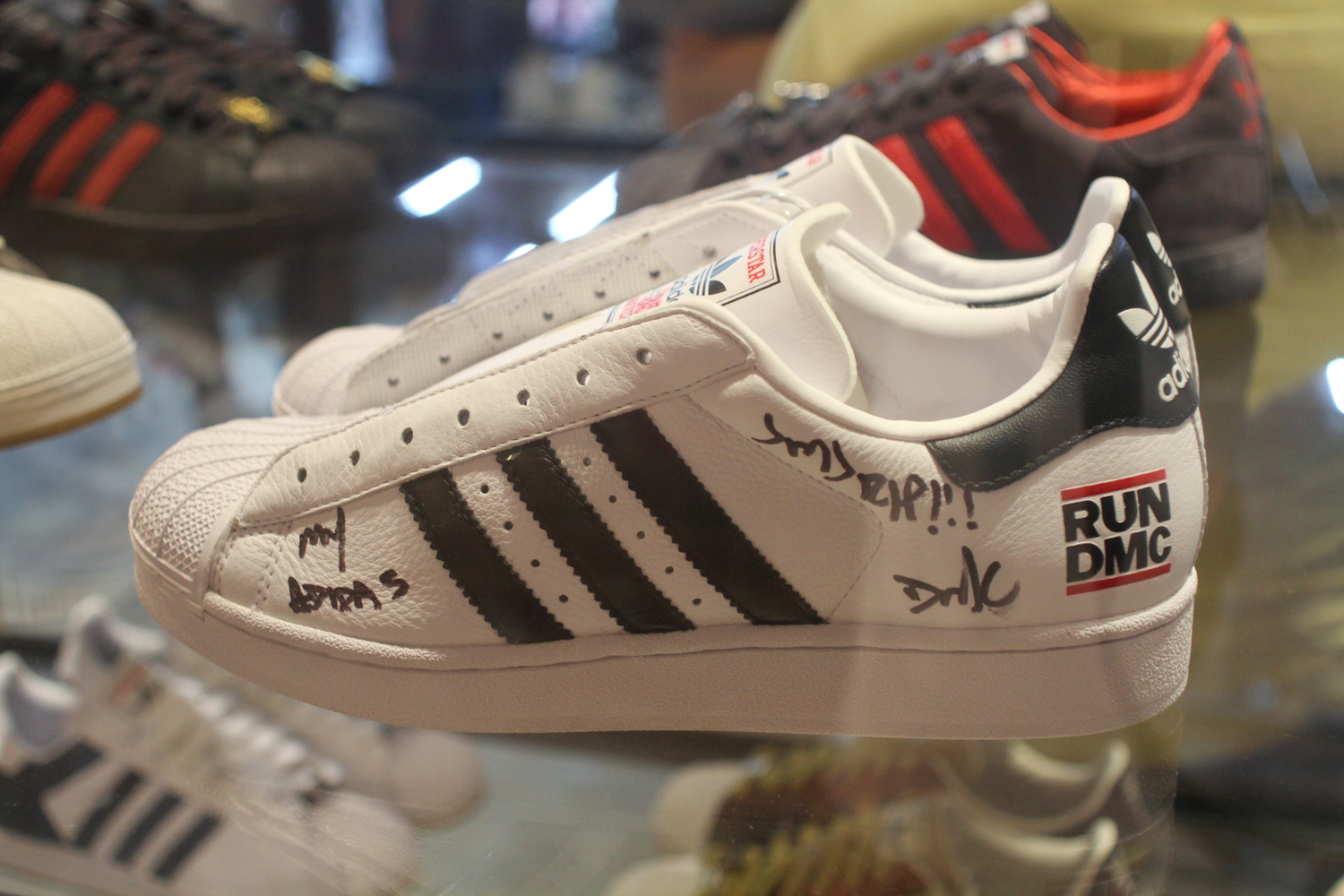 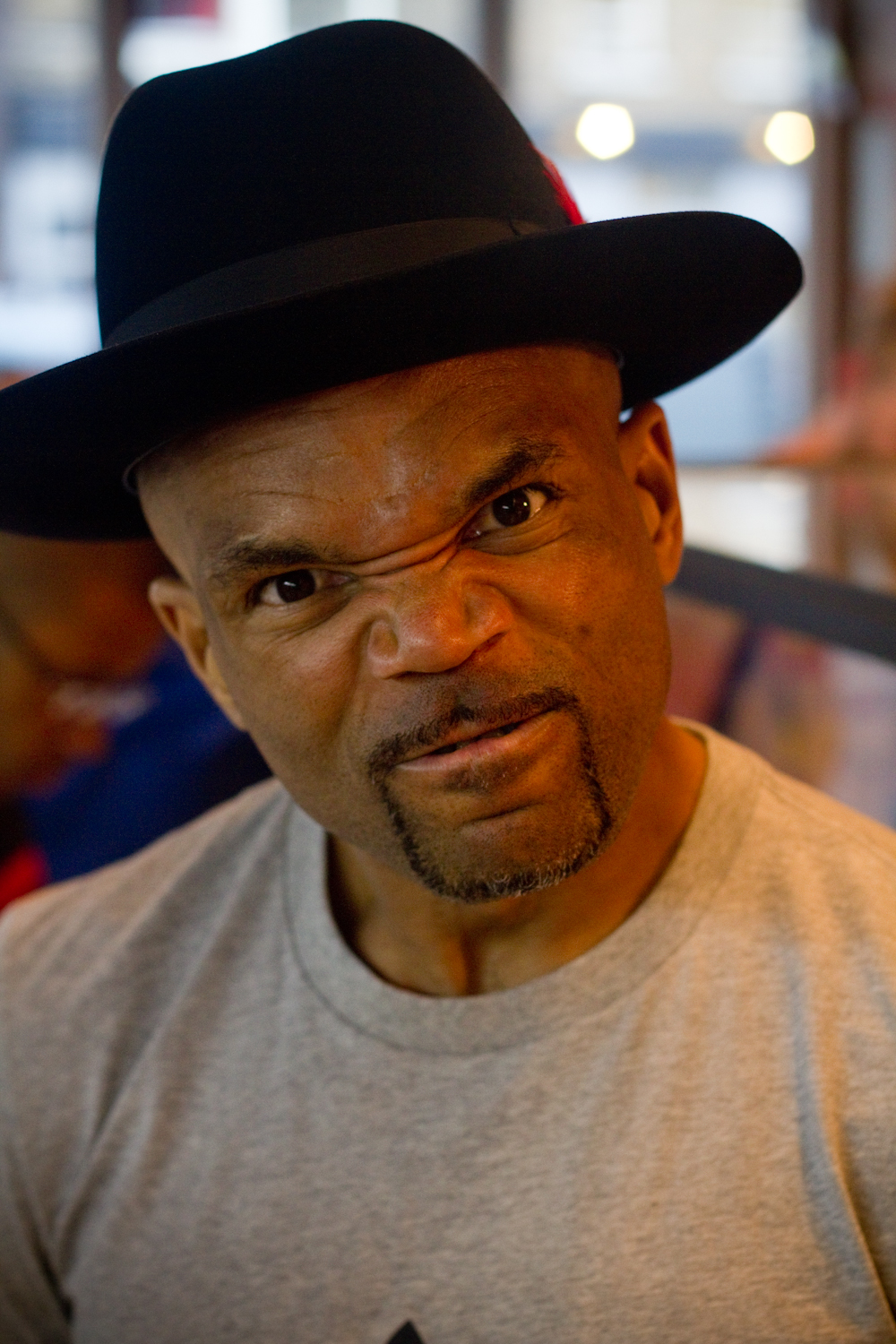 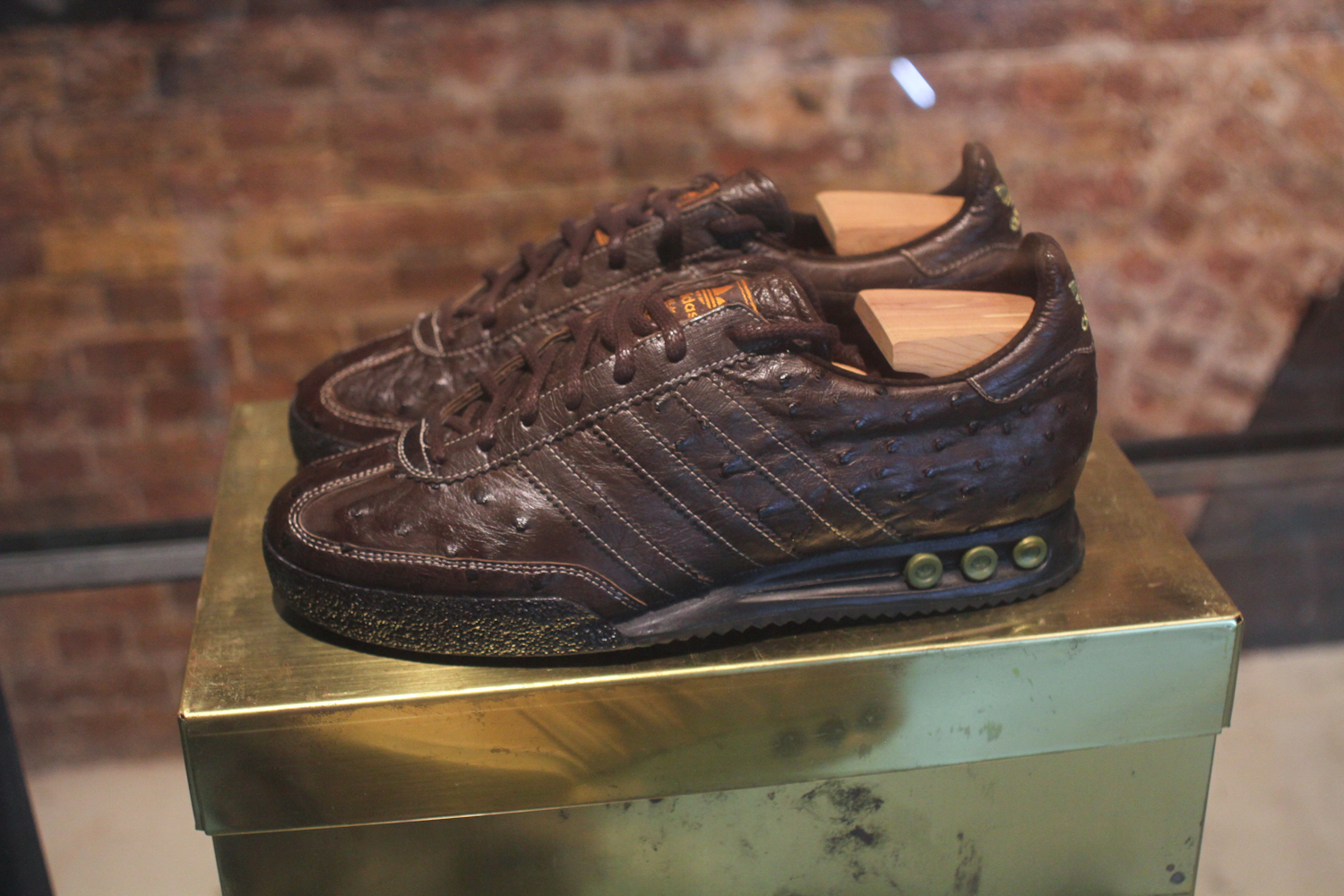 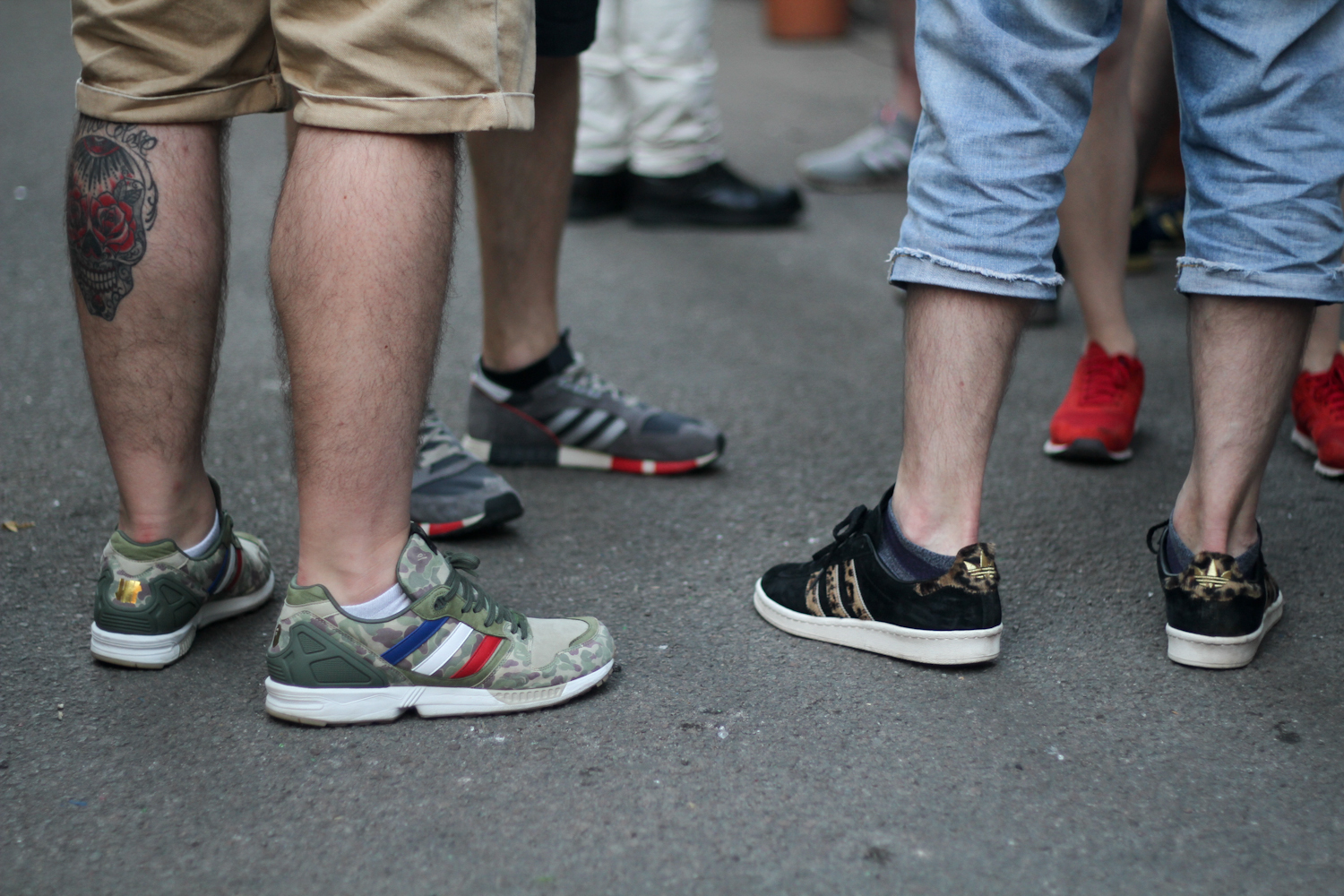 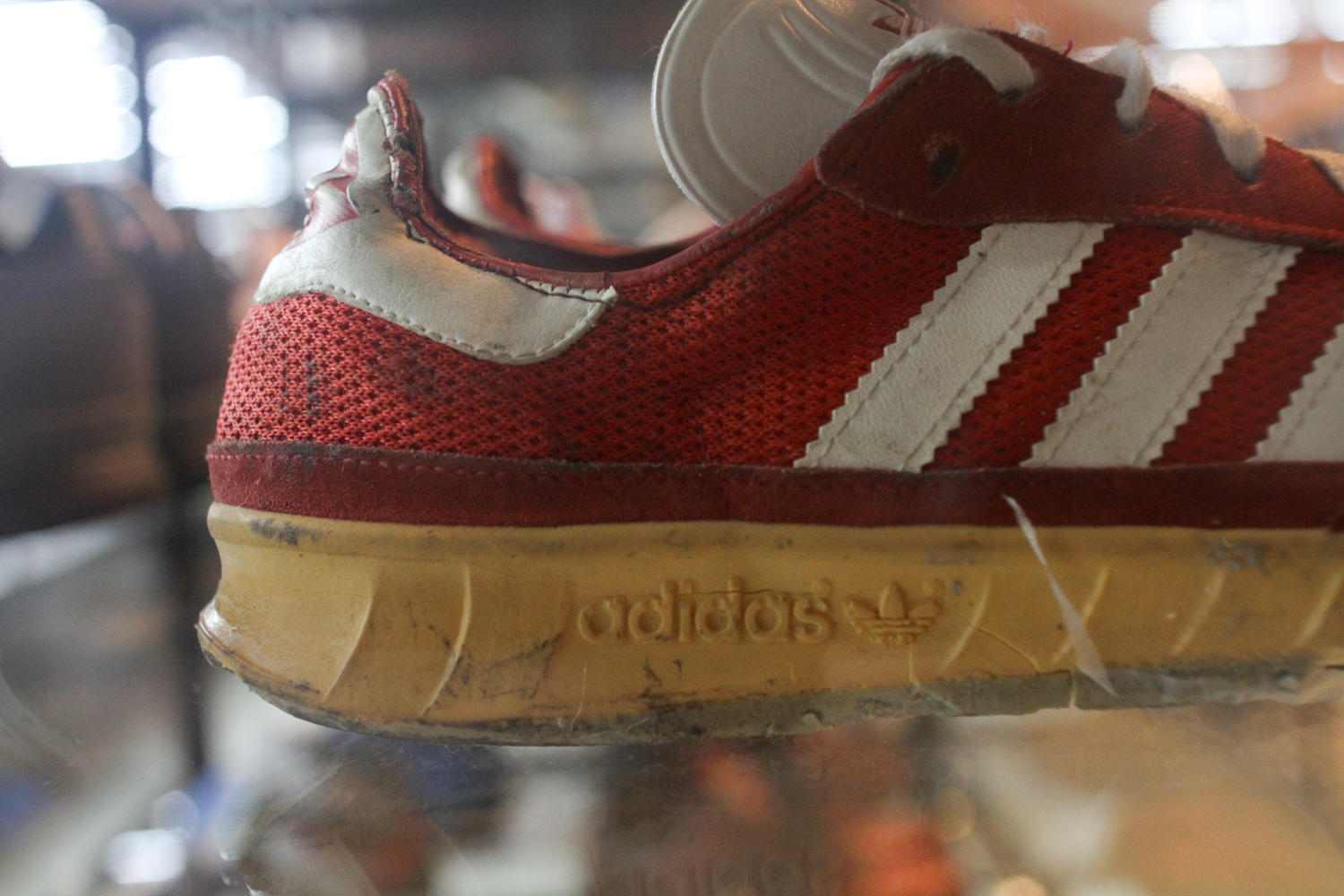 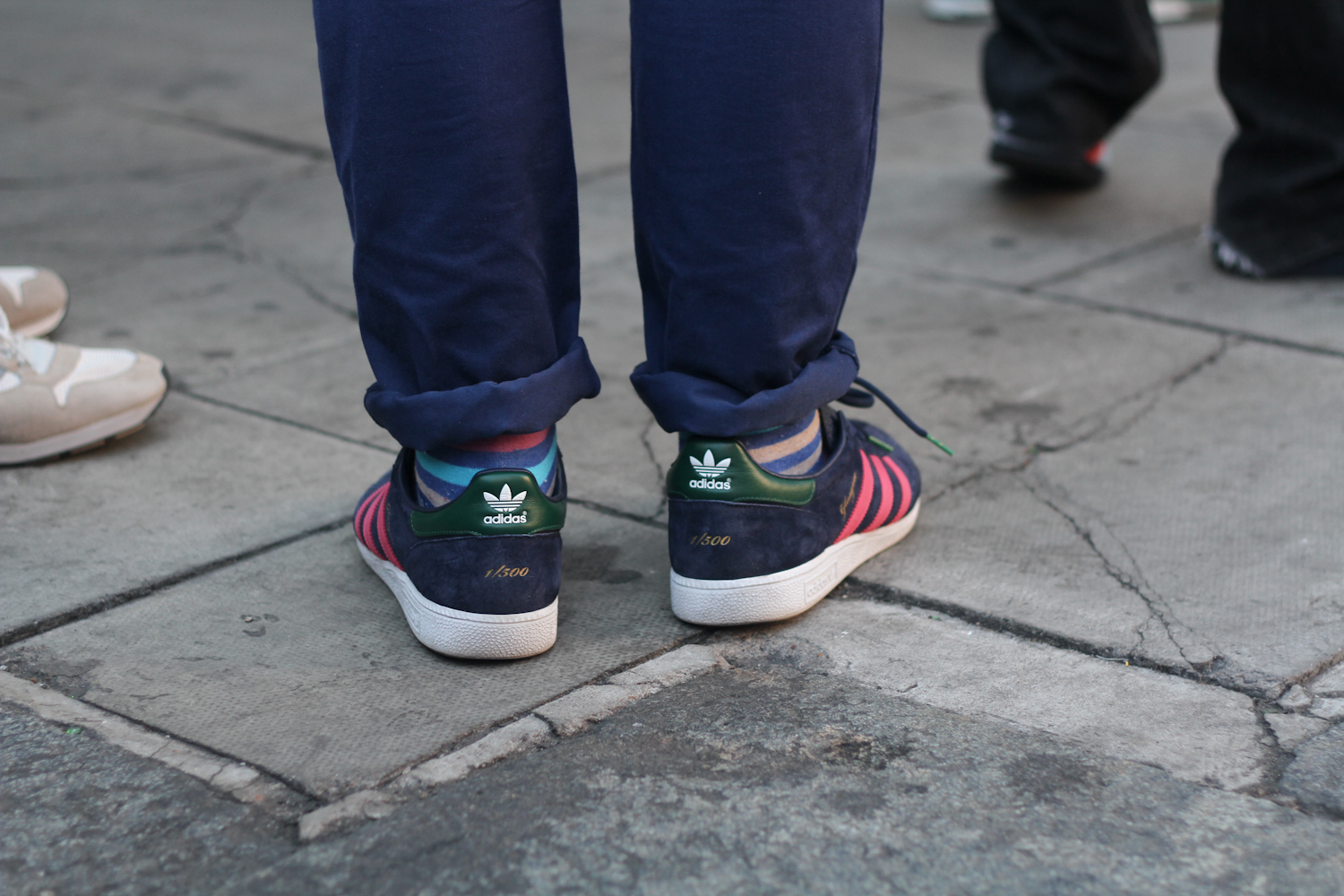 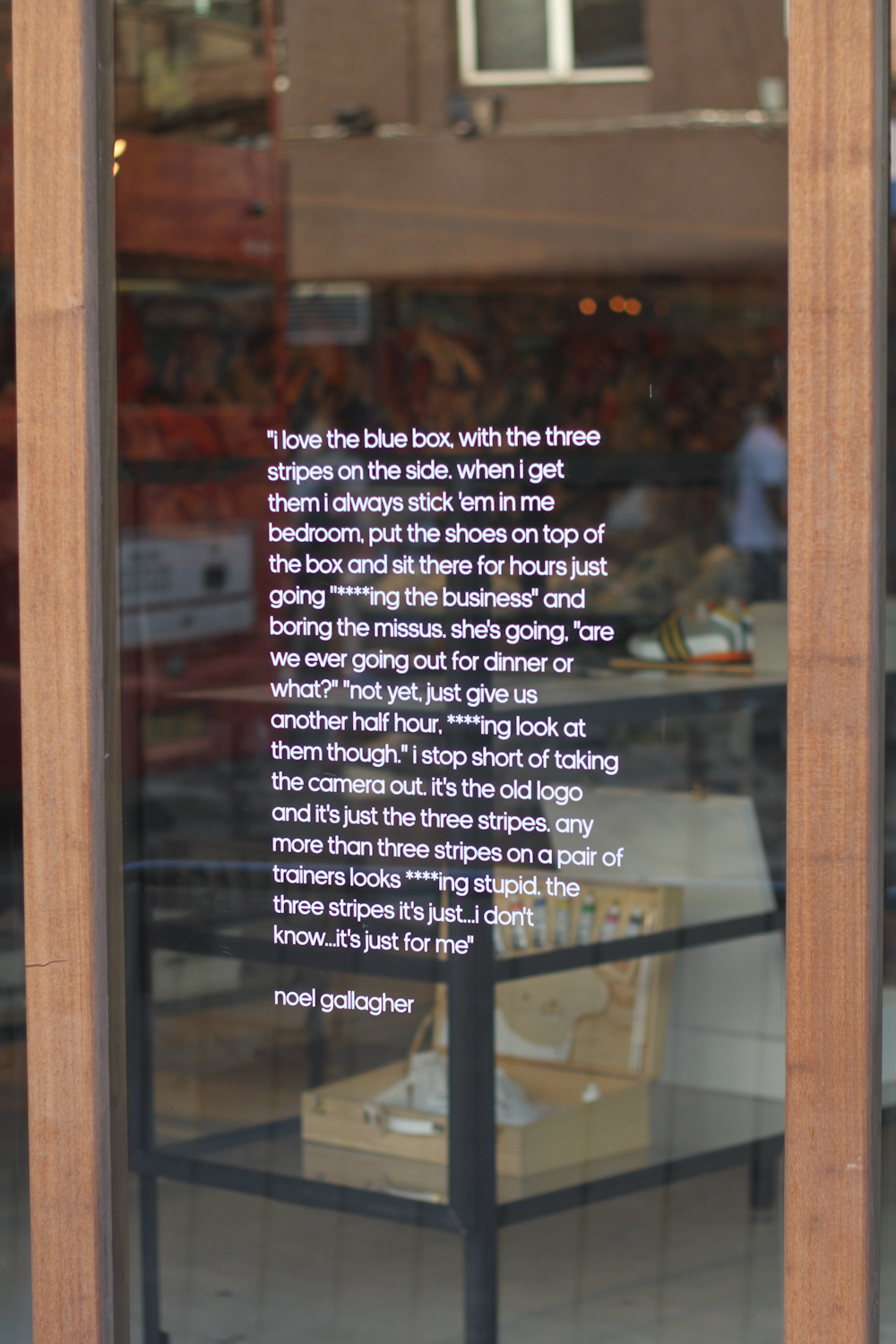