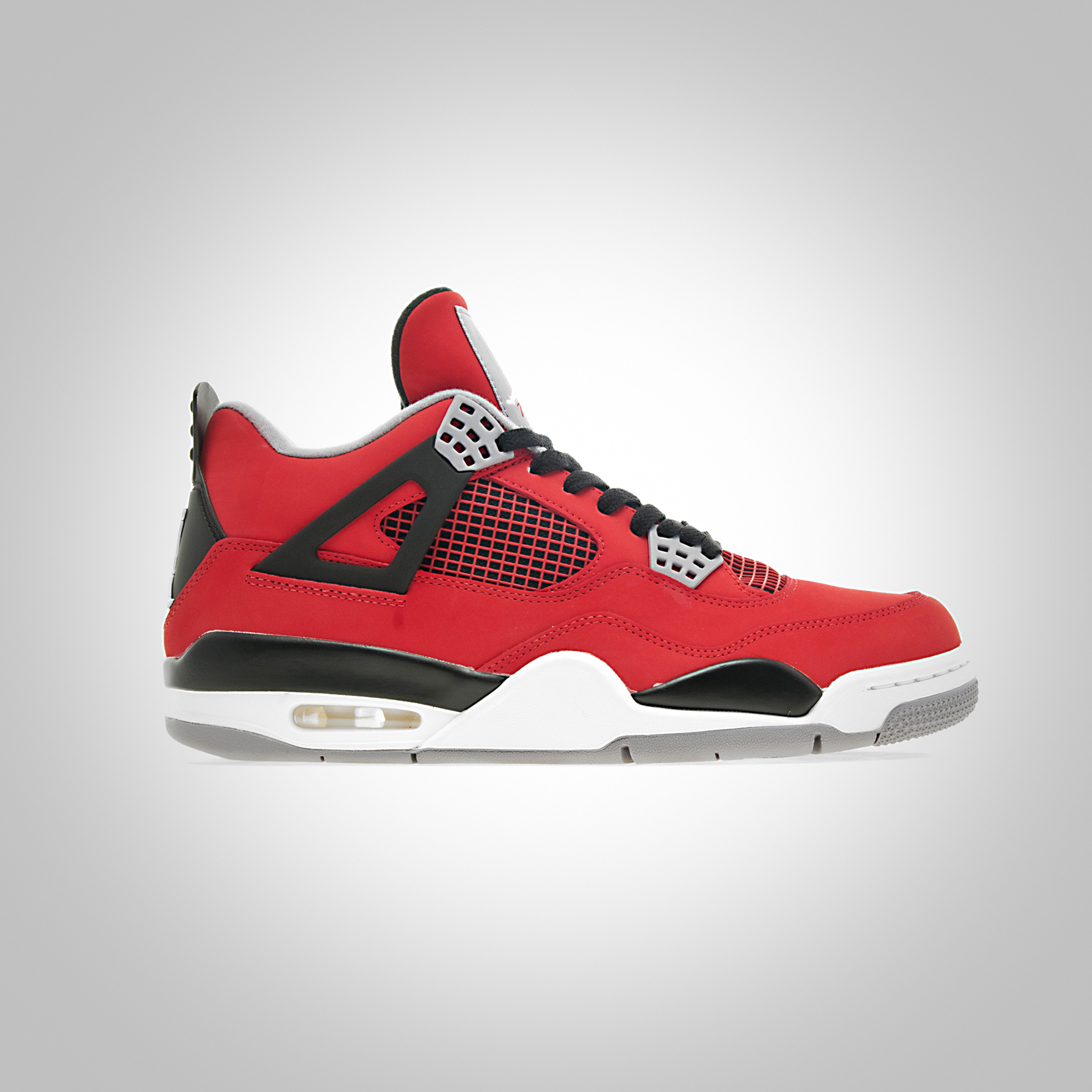 MENS: http://bit.ly/10SwuO3 JUNIOR: http://bit.ly/13GFwBy INFANTS: http://bit.ly/12uAlSE It’s been a little while since the legendary Air Jordan IV made an appearance, but it seems that like last year’s highly popular ‘Bred’ release, the Jordan Brand has once again utilised the landmark red and black colours that created so much controversy when the Air Jordan series was first unveiled on the AJI back in 1985. Reminiscent of the special edition Air Jordan V of the same nickname circa 2009, this version boasts a full ‘Fire Red’ nubuck upper alongside solid black and subtle grey accents. Even though the colourway on this 1989 silhouette would probably never have made it onto an court during Michael Jordan’s heyday due to the NBA's notoriously strict footwear and uniform regulations, the overall design seems very well judged by the brand. The somewhat ostentatious material and colour combination is what will endear these to fans of the brand and after little debate here at size? HQ, it clear to see that this is one of the best Jordan IV (4) drops of the late. The Air Jordan IV ‘Toro Bravo’ is available now from our Manchester, Carnaby Street, Bristol, Birmingham, Leeds, Covent Garden, Nottingham, Oxford, Cambridge and Paris size? stores, in sizes 6 – 12UK, priced at £135. They are also available online via a direct link promoted on our Twitter and Facebook accounts, this featured blog post – please see above links – and a dedicated email newsletter. 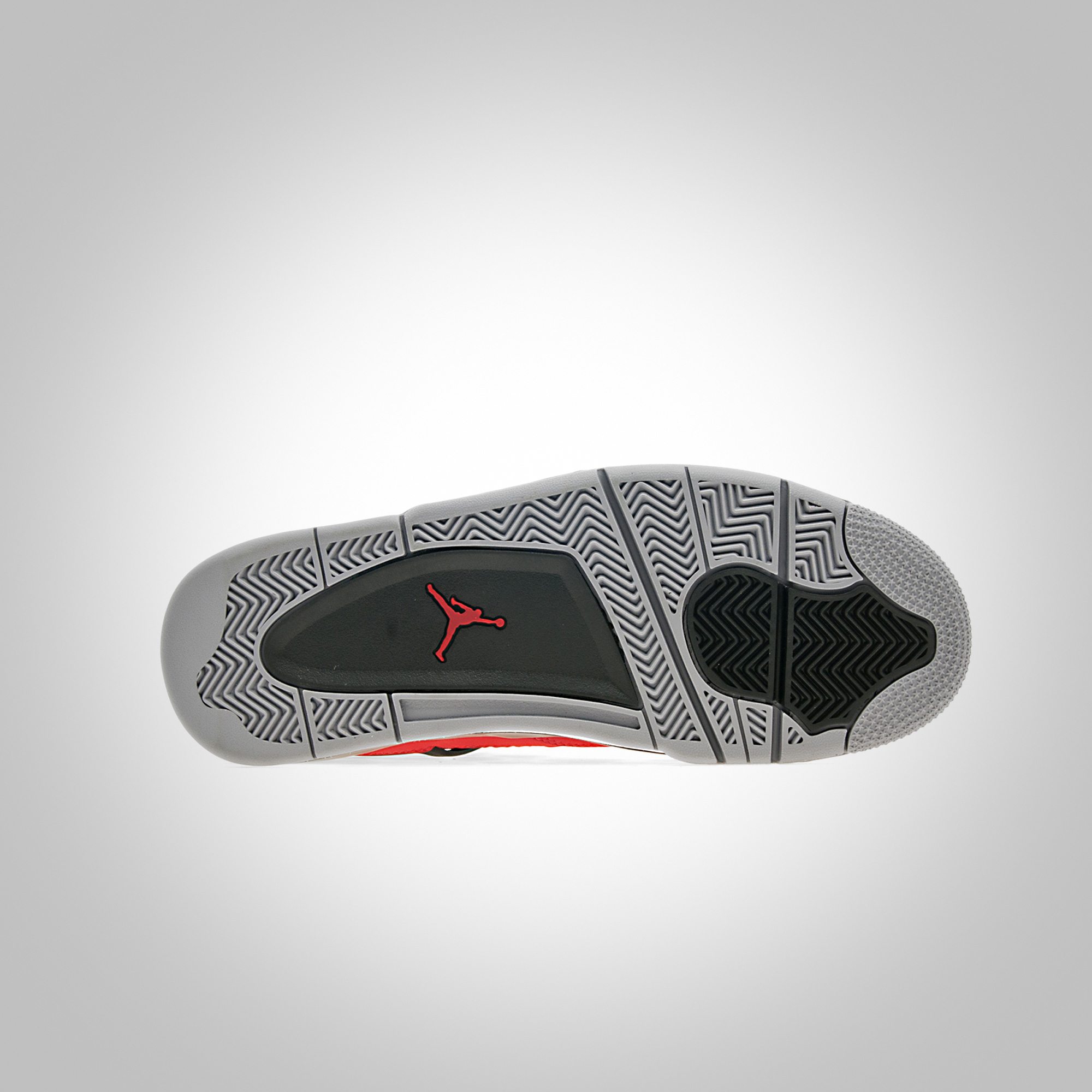 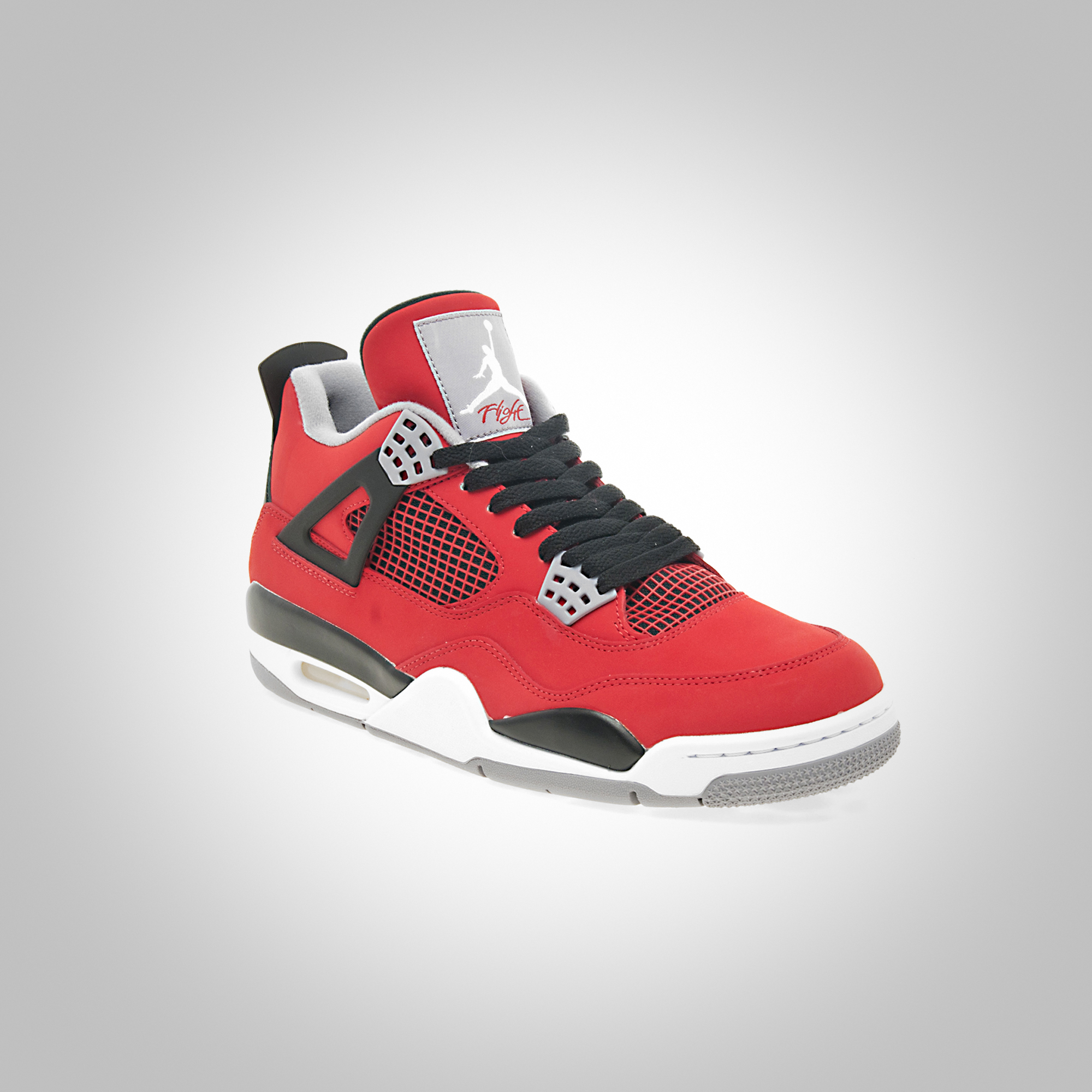