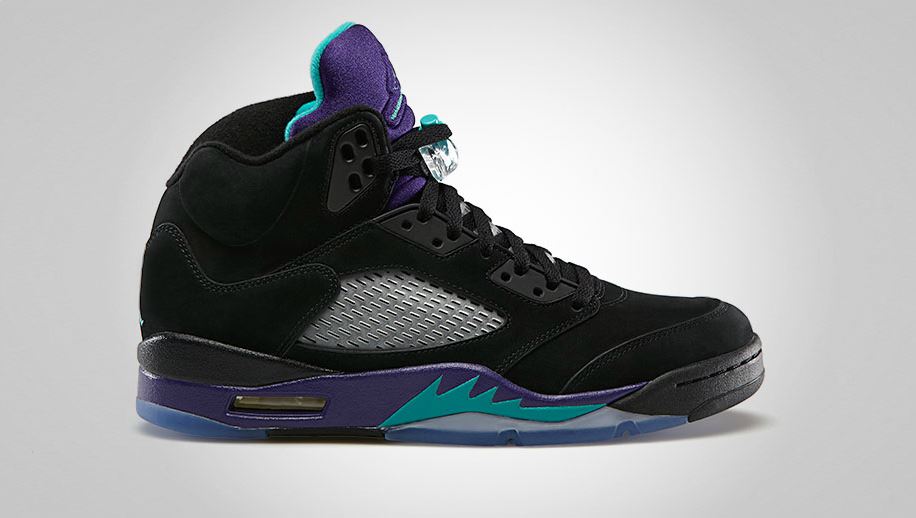 Even before the release of the original ‘Grape’ release at the start of May, hungry collectors worldwide had already set their eyes upon the sleek silhouette of the Air Jordan V ‘Black Grape’. Fifth in Michael Jordan's signature series, the Air Jordan V was initially inspired by a fighter jet and had every intention of being both a casual recovering shoe as well as being featured on the wooden courts of Chicago well before it was finally created. Instead of white leather, this new release includes an upper featuring rough, yet rather soft black nubuck throughout, allowing the bold ‘new emerald’ and ‘grape’ accents to completely shine through as originally intended. What is easily the nicest element of this version has to be the clear ice outsole, and even though the OG ‘Grape’ also featured this, the solid black panelling now helps it become of the most notable Jordan releases of 2013. The Air Jordan OG V ‘Black Grape’ are now available from our Manchester, Carnaby Street, Birmingham, Convent Garden, Oxford, Leeds, Cambridge and Paris size? stores, in sizes 6 – 12 (UK), priced at £135/€170. They are also available online now - http://bit.ly/121TaqY 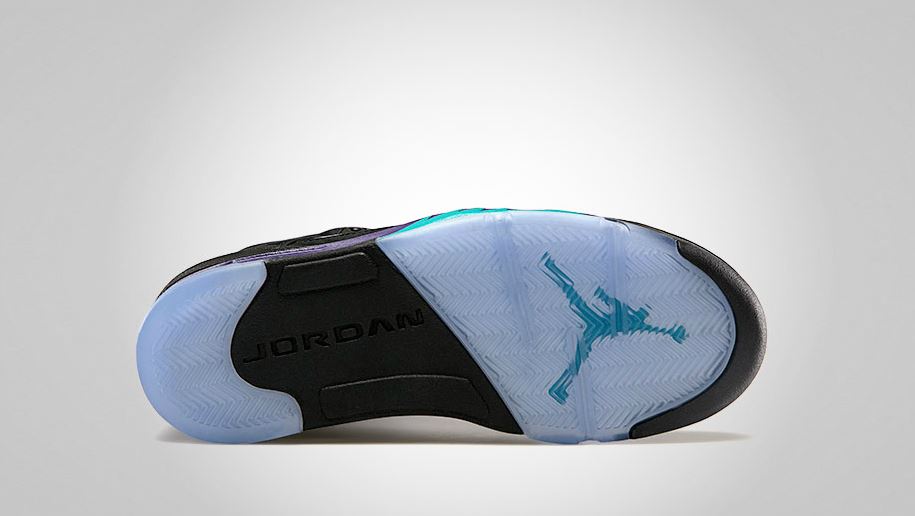 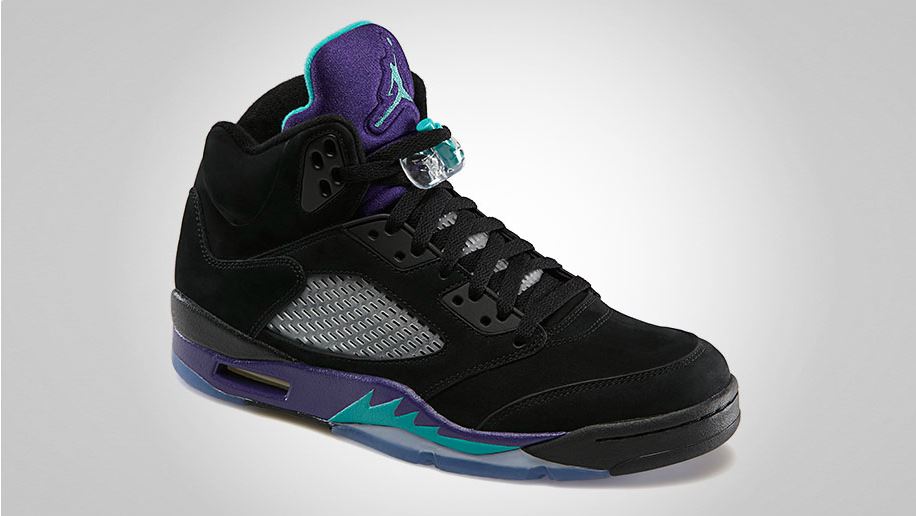