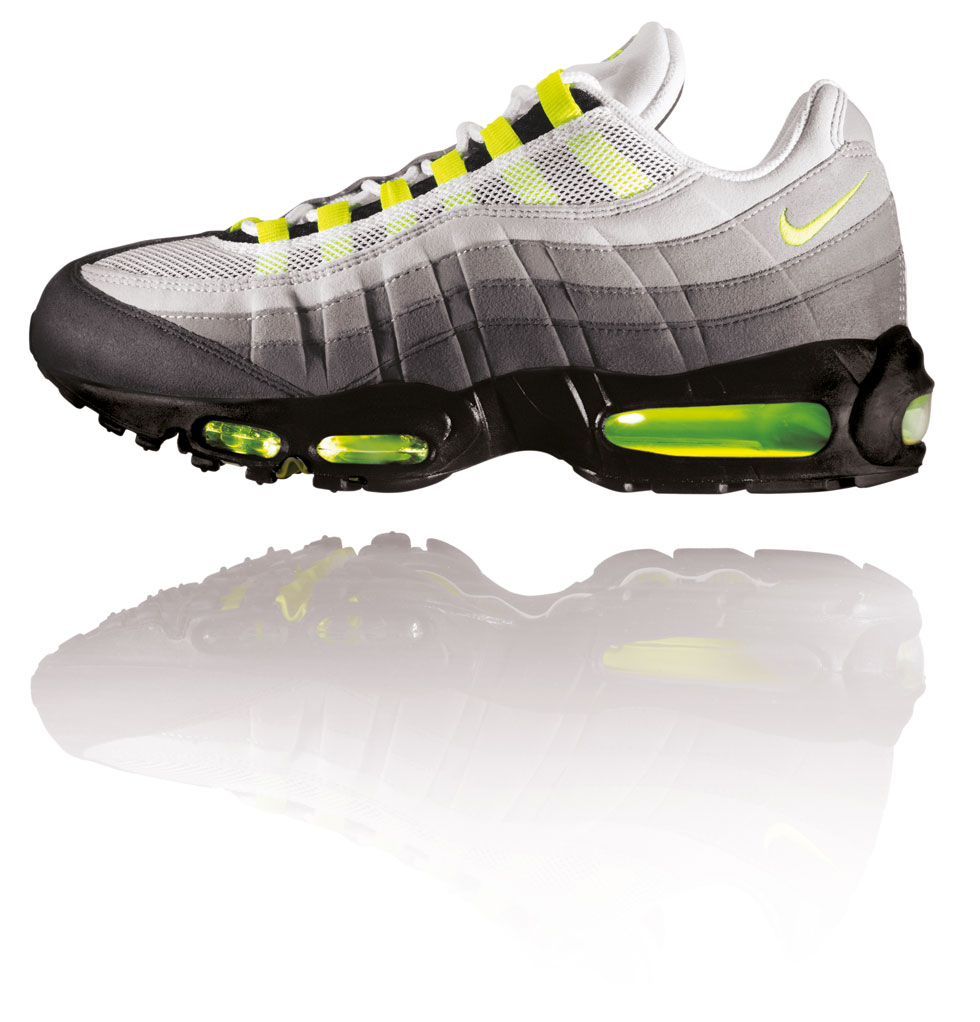 The Nike Air Max 95 was designed by Sergio Lozano, a graduate of industrial-design, and modeled after the human body. The midsole represents the spins, the graduated panels are the muscles, the lacing loops/straps are the ribs, and the mesh is the skin. The shoe featured minimal branding with the Swoosh only making an appearance on the rear side panel. The first colourway released was the black/neon yellow/white, which was like no other Air Max previously produced. The neon yellow helped emphasise the visible Air Units, and the shoe boasted an Air Unit in the forefoot. This in itself was something new and exciting, and made the Air Max 95 stand out from the rest of the series. The 95’s have been issued in over 150 different colourways to date. 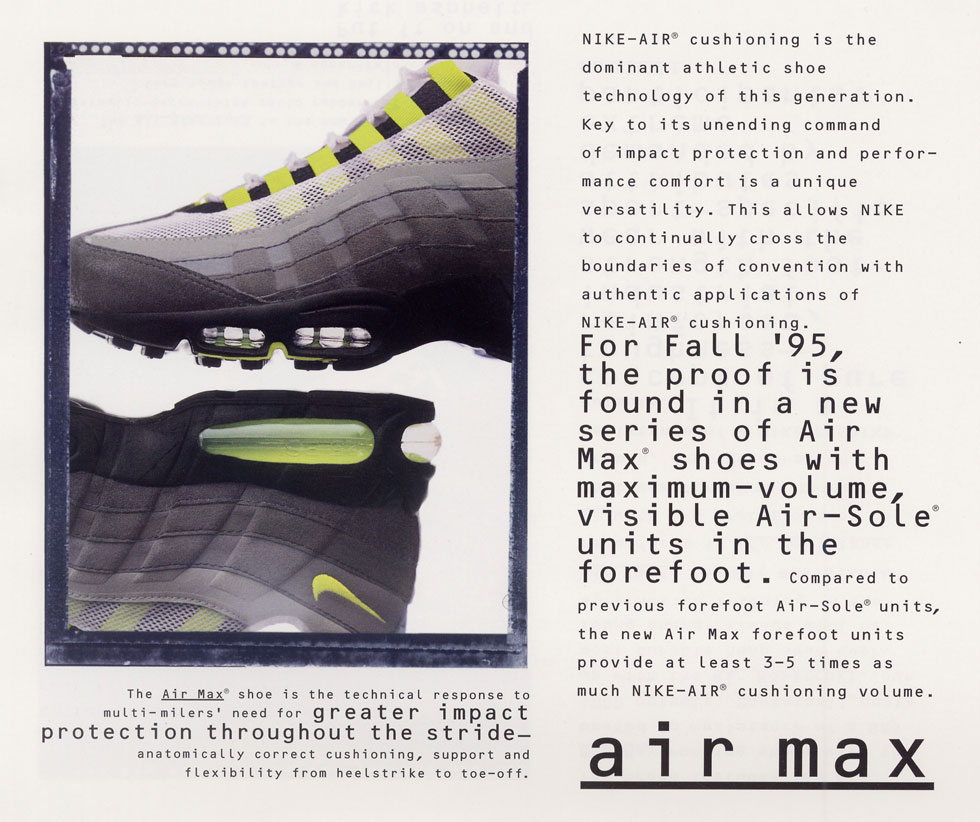 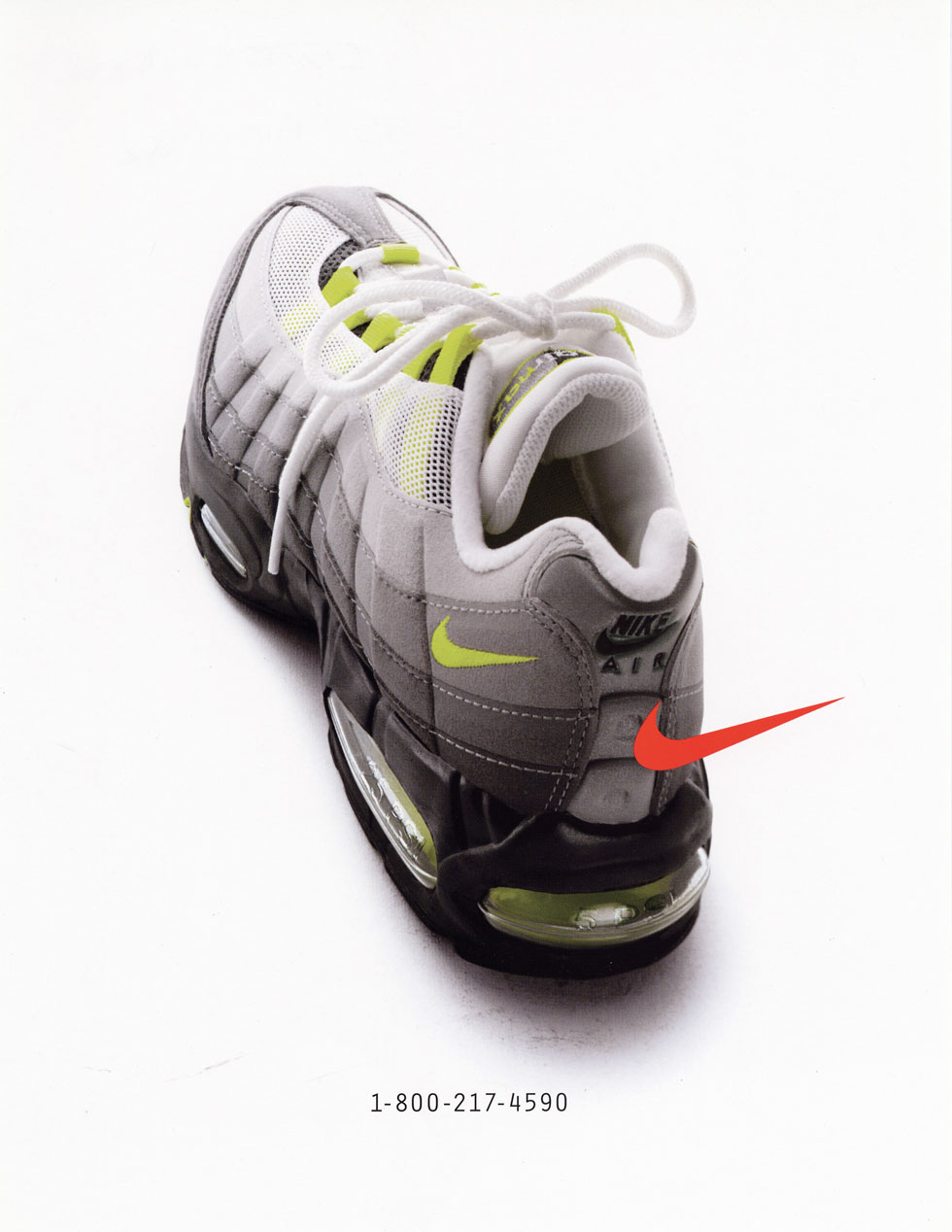 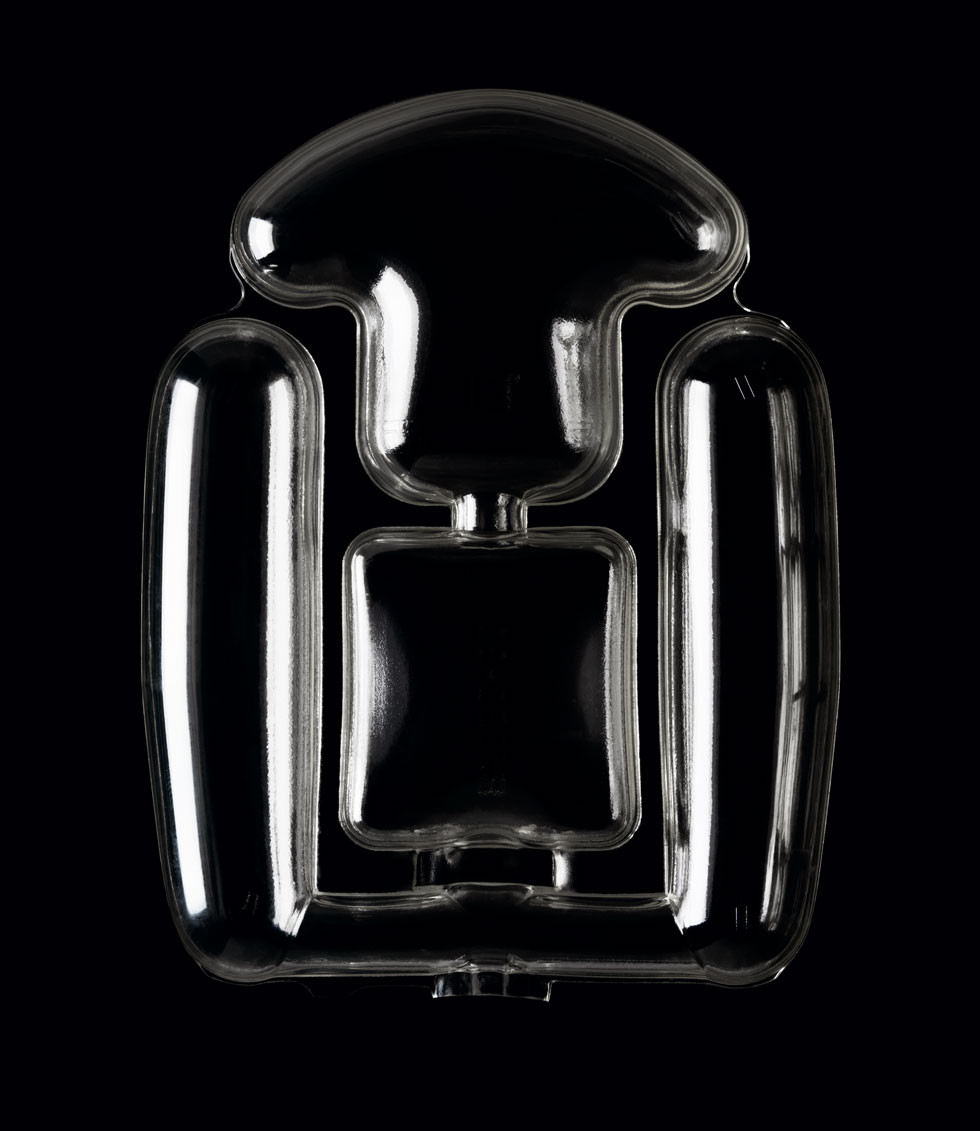