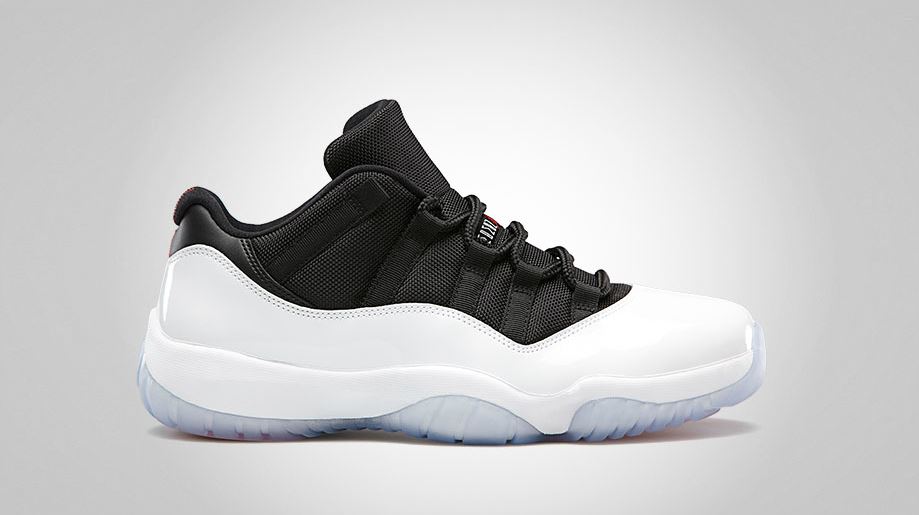 The Air Jordan XI silhouette is one of Jordan brands most popular and sporadic releases to date due to its simplistic design and lovable colourways. When first released, a low version was never introduced into the market and instead a lightweight I.E. version, featuring a mesh integrated upper, took its place sparking controversy. This was even more relevant when limited versions were spotted on the feet of Michael Jordan himself, as well as being featured in a handful of vintage trainer catalogs from Japan. Heading up the design process was Tinker Hatfield yet again, so there was sure to be a selection of new innovations and unorthodox characteristics, and with the initial inspiration being supplied by a convertible and a yellow lawn mower, people knew it was going to be something different. This was also the silhouette that featured in the 90s block-buster ‘Space Jam’, creating an incredible amount of media rumours and eventually creating more and more interest for the shoe. This 2013 colourway holds as true to the OG shape and materials as possible with only a negative upper compared to the original ‘Concord’ release differentiating itself. The pop of red and icy white accents included on the outsole hints to the summer months, whilst the minimal branding and bright white patent leather mudgaurd supplies a hint to yesteryear, when His Airness was still on the throne. The Air Jordan XI Low is now available from our Manchester, Carnaby Street, Covent Garden, Paris and online stores, in sizes 6 – 12 UK (half sizes included), priced at £105/120€. 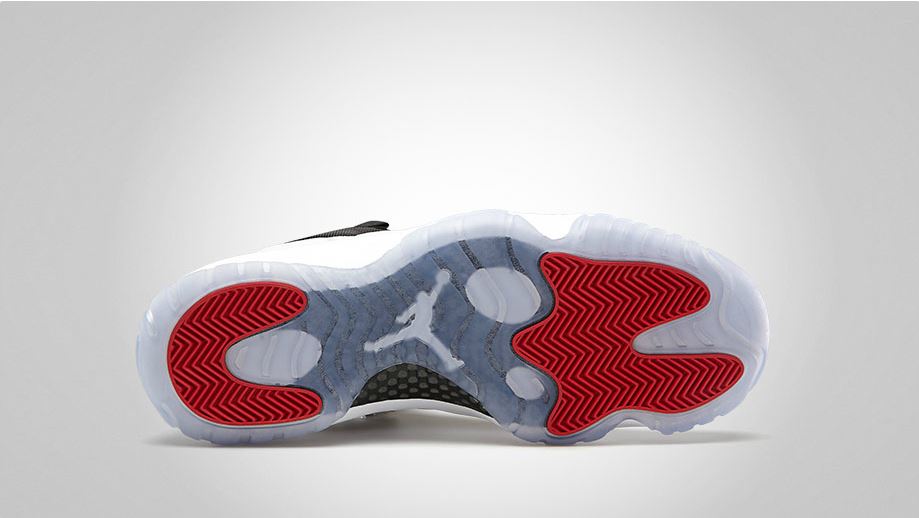 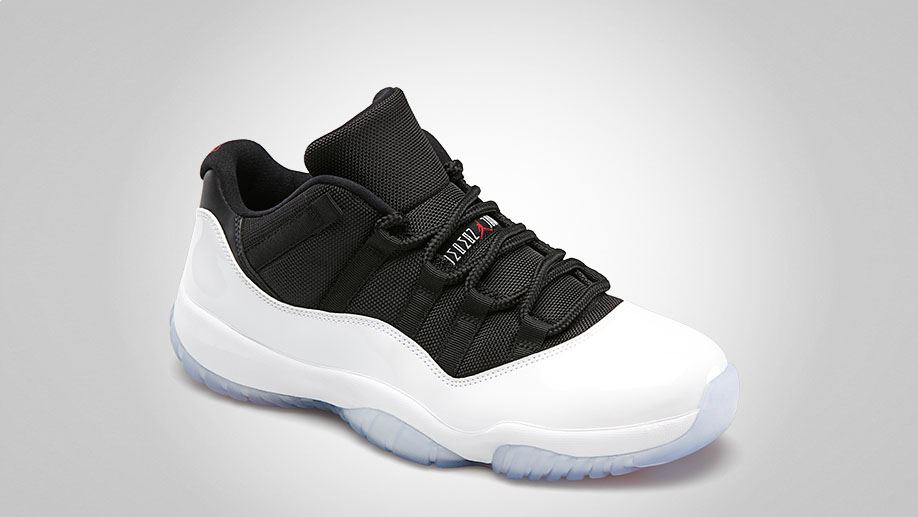