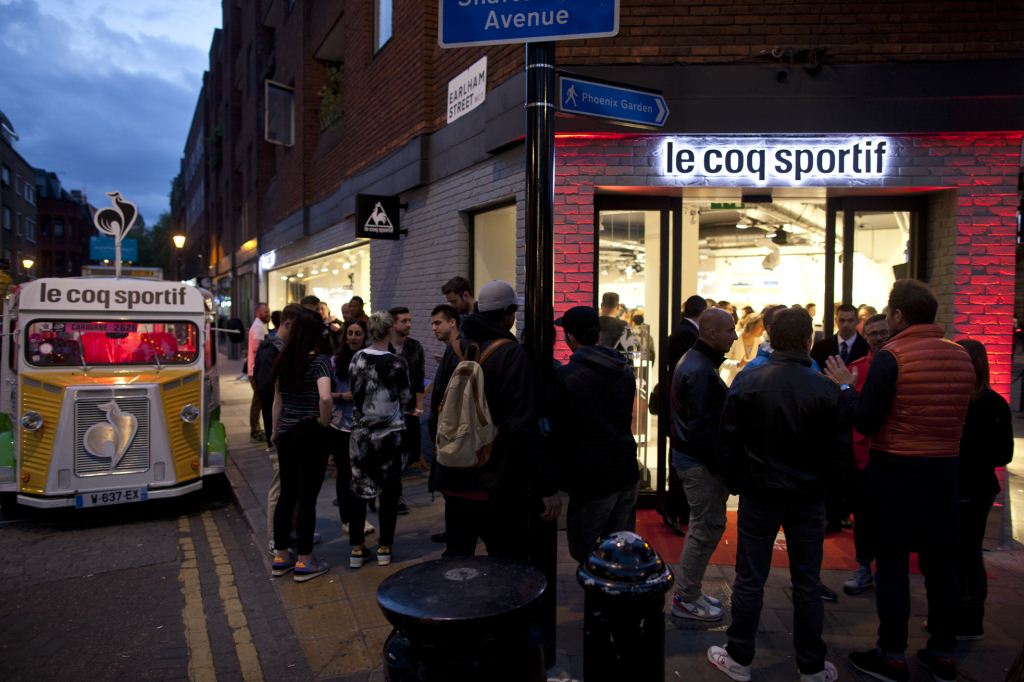 To say that Le Coq Sportif has had a good year so far would be an understatement, and they have good reason. Following a monumental start for the brand, which is currently celebrating its 130th Anniversary this year, is also revelling in the fact that they have now returned to the Tour de France, as the official supplier of the leader jerseys. Not only have they been marking their triumph in the field of heritage sportswear, but they have been collaborating with the likes of Foot Patrol and Sneaker Freaker, creating some of this year’s most exclusive pieces. To mark their domination in both worlds, Le Coq Sportif have opened their first UK store in the heart of Covent Garden’s Seven Dials, following on from the recent Paris, Milan and Marseille stores. The highlight of the night had to be the unveiling of a sculpture by British design duo, The Wilson Brothers – who had been asked to craft a sculpture that symbolised Le Coq Sportif’s connection with cycling. Not only was there an array of French-related luxuries presented in the form of delicious canapés and outstanding music choice, memorable celebrities such as brand ambassador Yannick Noah and Tottenham Hotspur football legend Ossie Ardiles made an appearance to complete the night.­­­­ 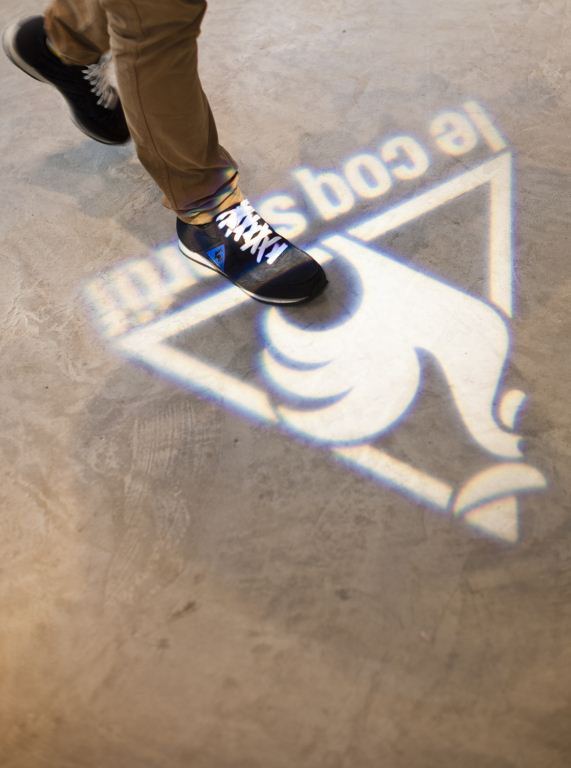 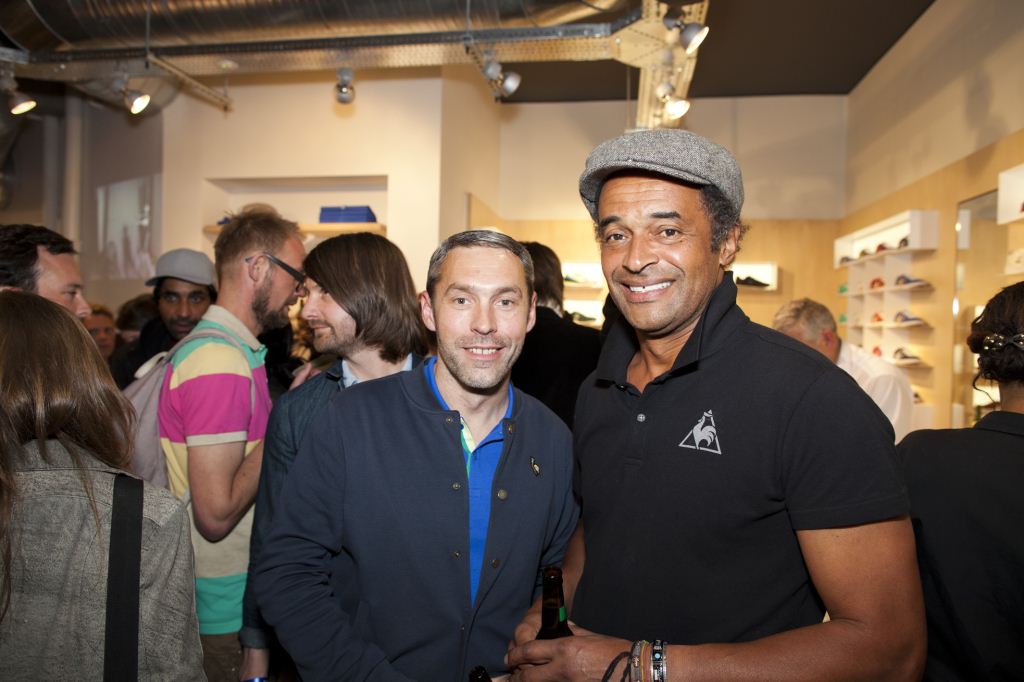 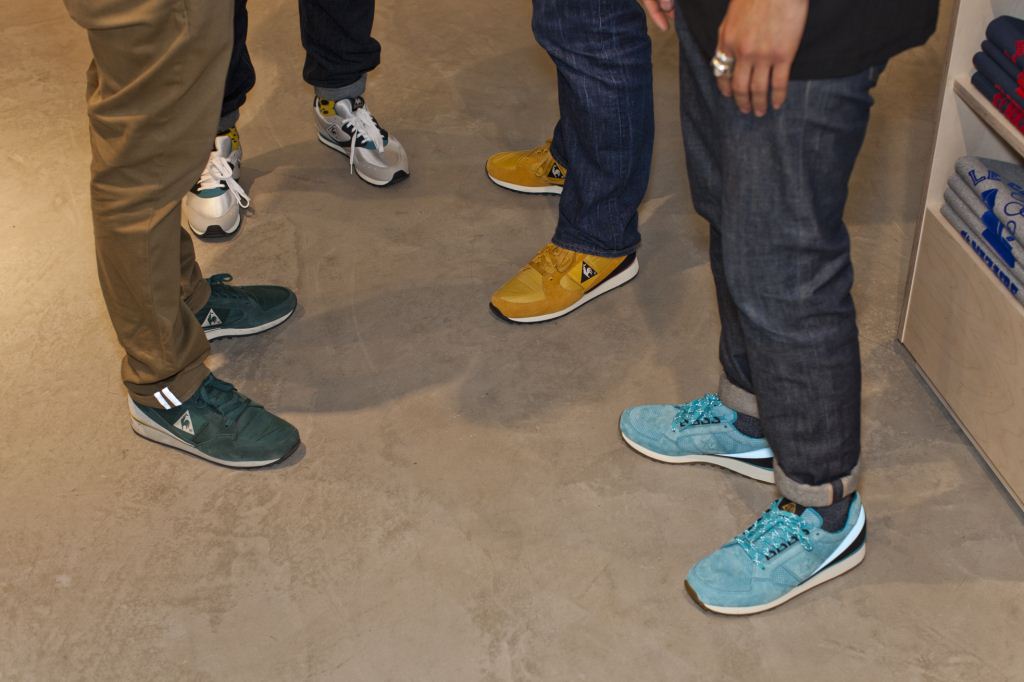 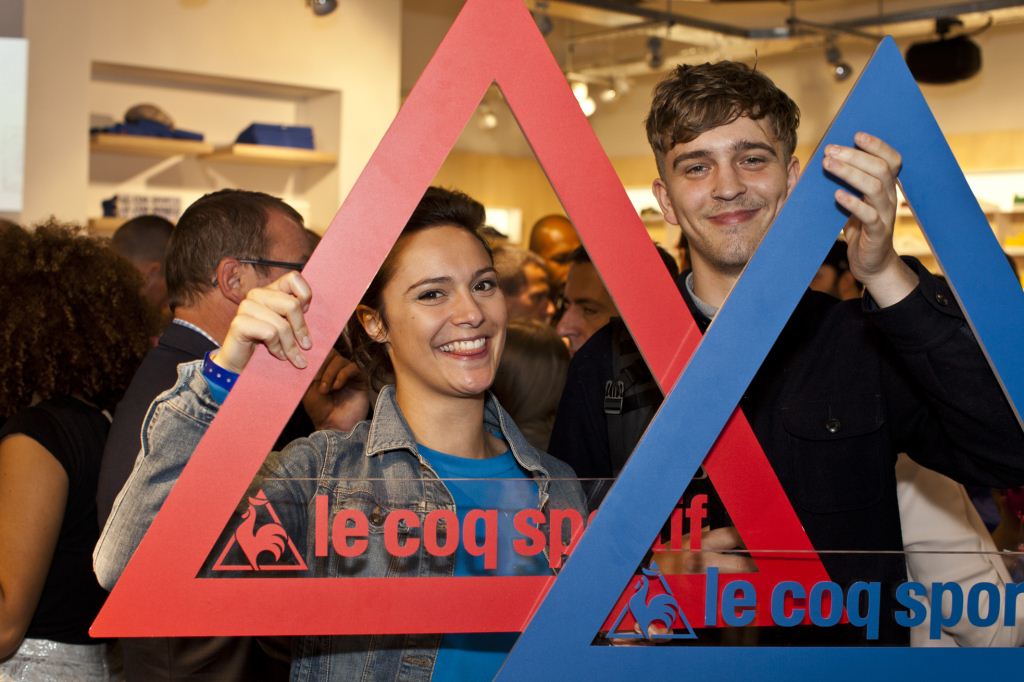 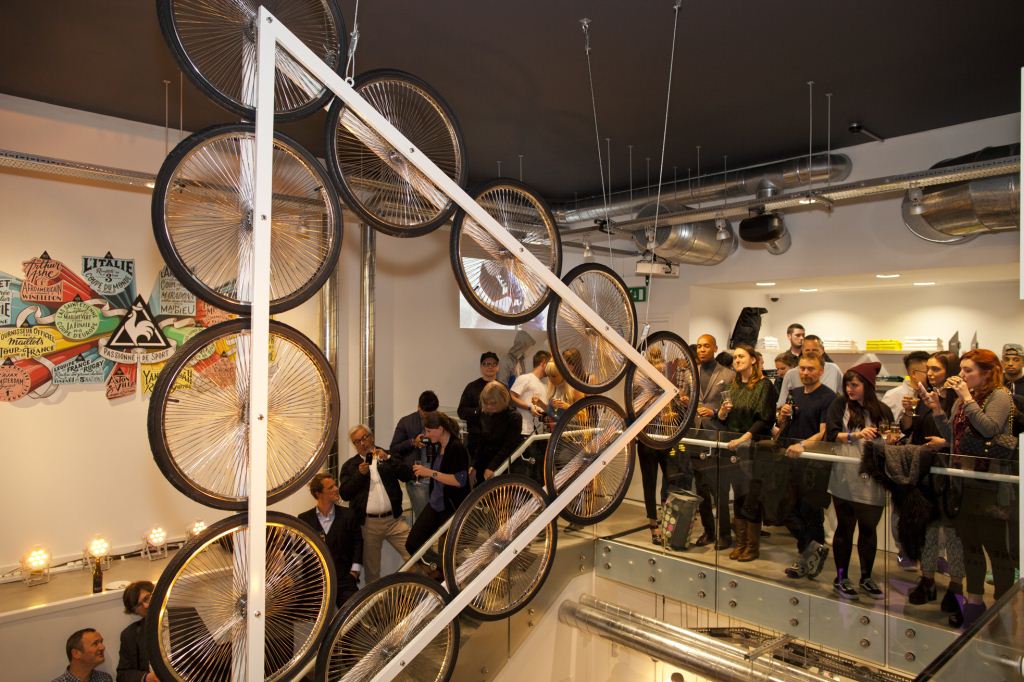 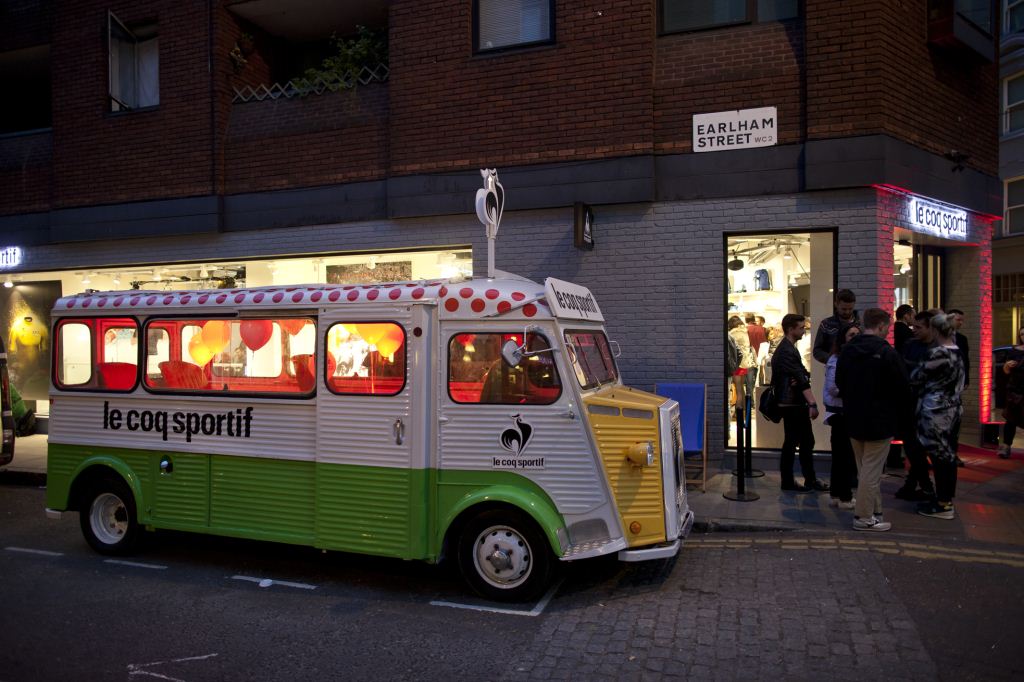