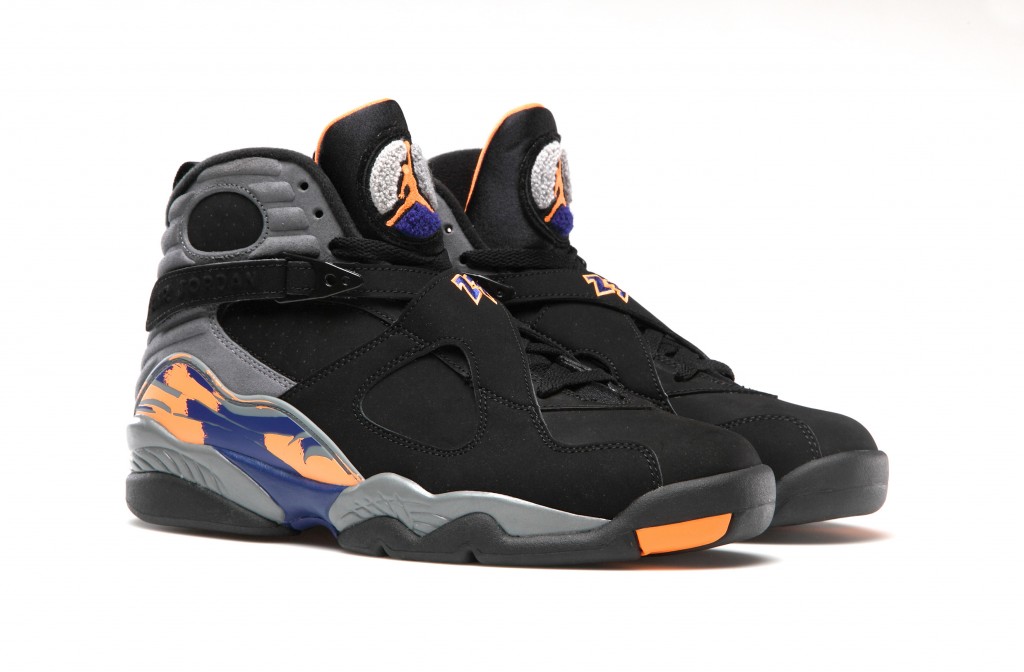 The Air Jordan VIII was the first of Michael Jordan’s signature models to not feature any Nike branding in any way, as designer Tinker Hatfield thought that the Jumpman was now strong enough to stand alone since its initial creation in ’85. With this new found freedom, Tinker and MJ got together to create one crazy design which included a range of aspects that have never been seen before. The upper featured a mix of durable nubuck and loose felt branding which complimented the polycarbonate torsion plate and Nike’s famed Air unit integrated into the sole unit perfectly. The inversion cross-straps or ‘Bunny Ears’ as they were nicknamed, along with the Huarache sock lining posed a bit of a problem though, as they tightened the shoe and restricted the style to the wide-footed market. With all these technological aesthetics, it was no wonder that Michael Jordan and the Chicago Bulls won the 1993 NBA Finals, beating the Phoenix Suns and basketball rival Charles Barkley. 20 years later, and what better way to commemorate this momentous occasion than to present the same silhouette MJ wore when winning the title, in the Phoenix Suns colourway. The Air Jordan VIII ‘Suns’ is available now in our Manchester, Carnaby Street, Covent Garden and Paris size? stores, in sizes 6 – 12 (UK) and priced at £135/ 170€. It is also available online HERE. 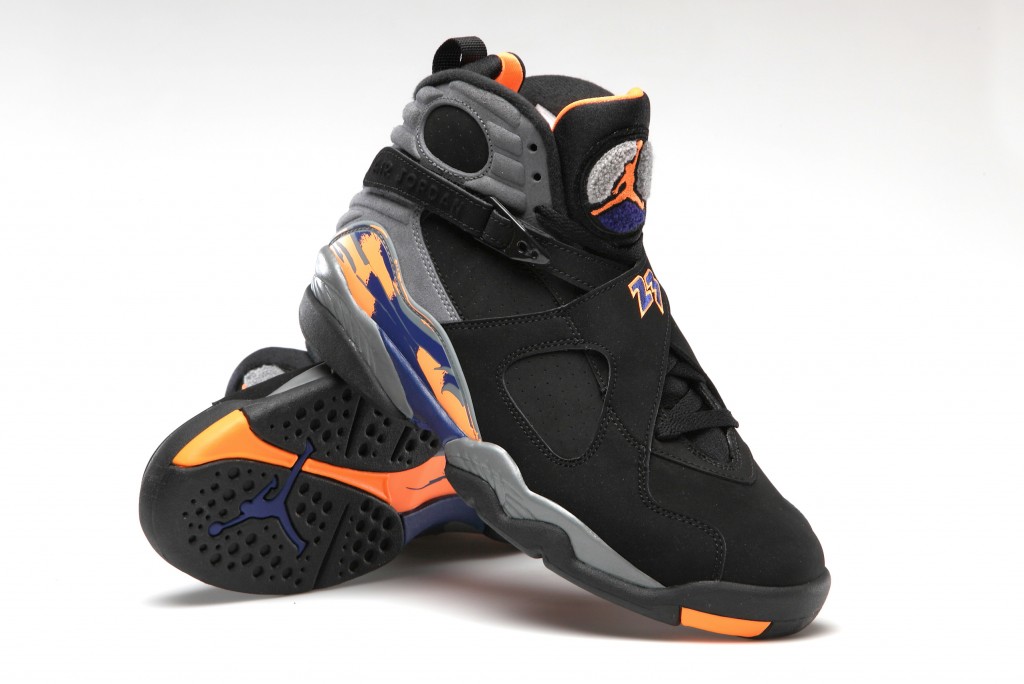