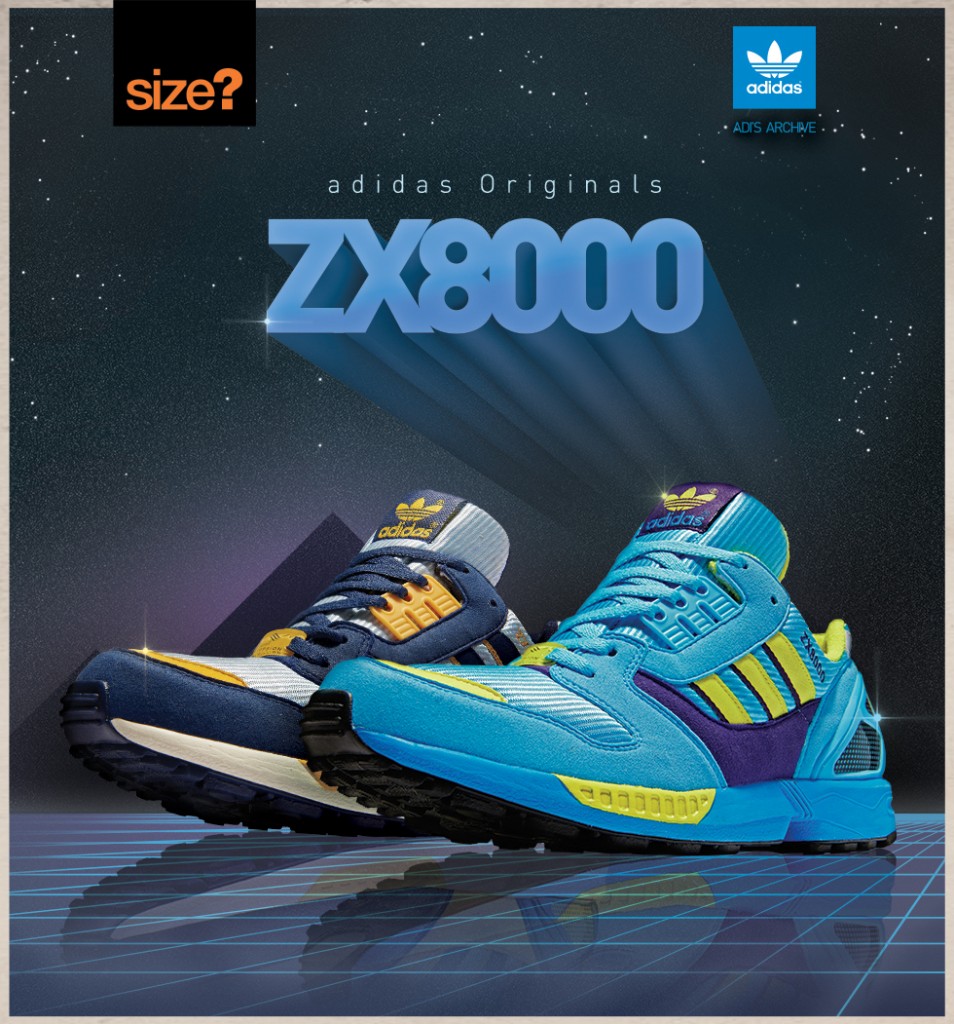 1989 was a big year in many ways - the Internet was invented by Tim Berner Lee and the first ever text message was sent, it was also the same year adidas presented the ZX8000, as yet another technological notch in the ZX family belt. The ZX 8000 featured a clean toe box reminiscent to the earlier ZX silhouettes, but was still driven forward with an enhanced heel support and futuristic-looking Monza F1 sole unit. 24 years later and we are proud to see the ZX8000 return in the original Aqua Blue colourway, as part of our on-going Adi’s Archive collaboration series. Still including those beautifully sliced-up side stripes, along with the definitive mesh infused heel brace and ghilly lacing system, the high-tech OG is escorted by the complimentary ‘dawn blue’ colourway, a ZX model that has only seen the light of day back in 2002, and one that we are very delighted to see back on the shelf. With such a large mix of innovations included, it’s hard not to forget the integrated Torsion bar technology hidden away on the bottom of the sole – recently offered up in a range of brightly coloured pops. Thankfully the construction and overall colours has little changed over the years, ultimately helping the ZX 8000 retain the same powerful aesthetics which made this bold model such a cult classic. The adidas Originals ZX8000 OG ‘aqua blue/lemon peel/violet’ and ZX8000 ‘dawn blue/dark slate/cadmium yellow’ - size? UK exclusive will be available next Friday (12th April) as part of our on-going Adi’s Archive collaboration series at all size? stores and online, priced at £95 and available in sizes UK 6 - 12. 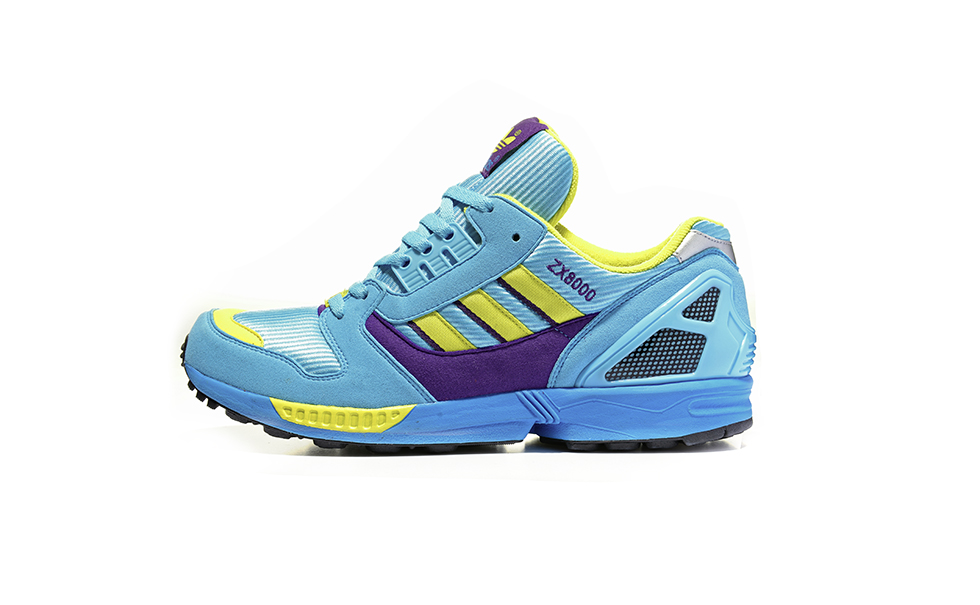 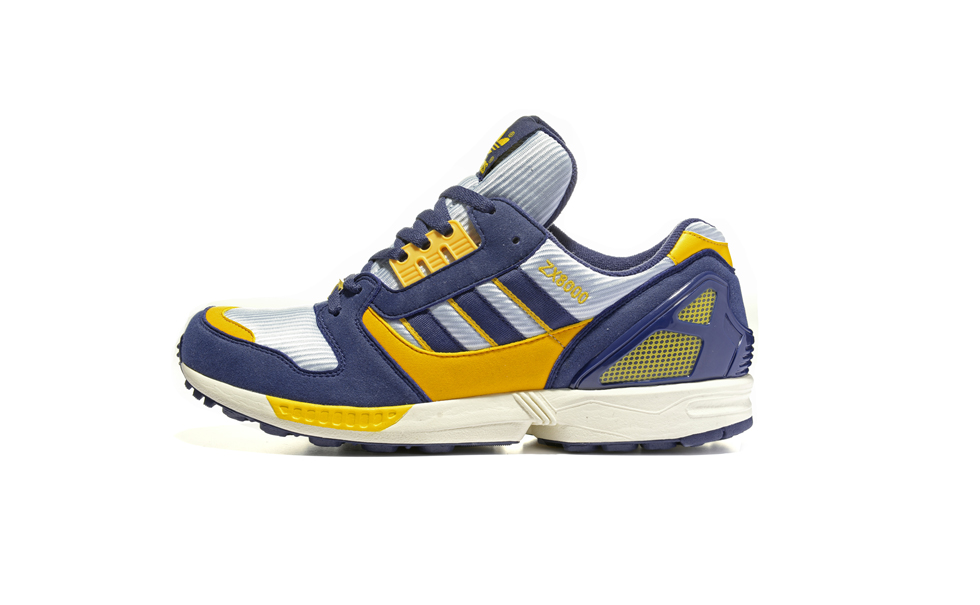