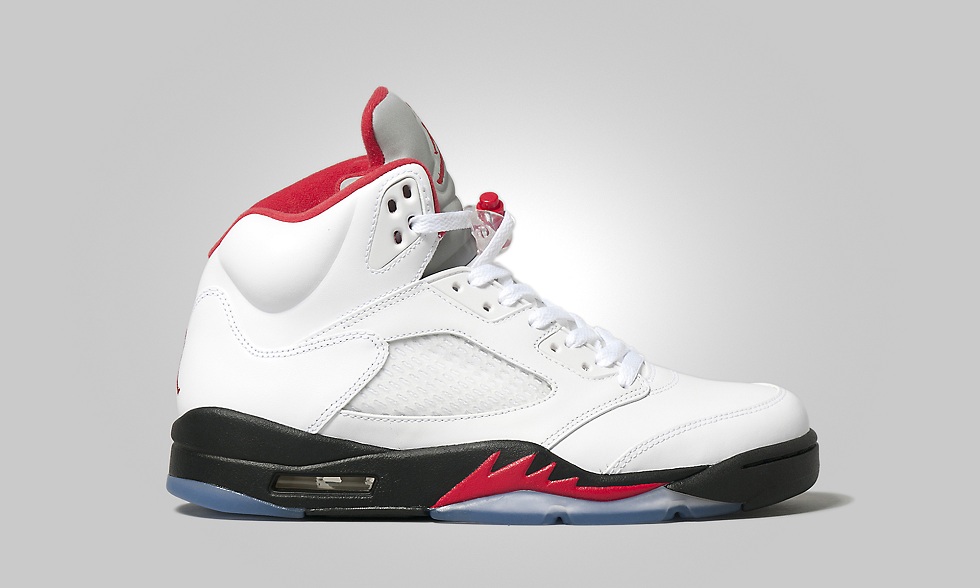 When the Air Jordan V ‘Fire Red’ first released it was the start of the 90s, and with a clean white leather upper featuring bold red accents throughout, it was clear that this colourway was soon to be a classic. 23 years later Jordan Brand present the AJV for the third time since its initial debut, and unlike its 2006 replica, doesn’t include embroidered 23 branding on the sides. All the standard elements that make the ‘Fire Red’ such a sought-after style are present. The translucent sole allows the pop of bold red to stand out exactly how it should, the 3M reflective tongue isn’t as obvious due to the subtle merge of tones whilst the solid black mid sole give the entire silhouette a defining shape that we’re sure many can remember from nearly 7 years ago. The Air Jordan V ‘Fire Red’ will be available on Saturday 26th January at all size? stores and online, priced at £135. 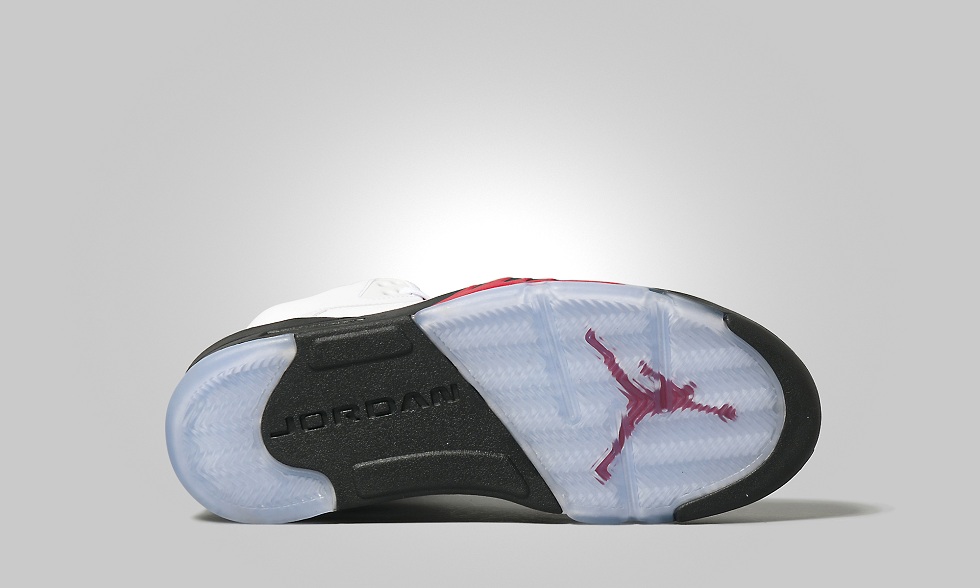 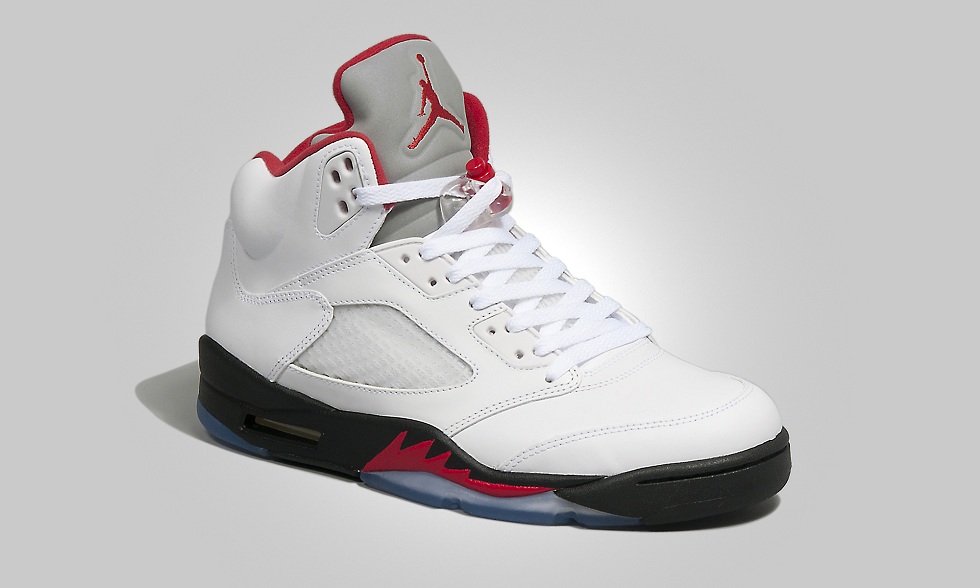