Instantly associated with military force uniform, camouflage has been designed for various terrains from the classic green jungle and beige desert pattern to bleak snow and even deep blue naval versions. With a massive range of variations and modern versions, it can be hard to find a the starting point for camo, but it was the English army that adopted “camouflage” and mainly khaki at the end of 19th century. This came about after their brightly coloured red uniforms stood out too much during combat, so soldiers started to cover themselves in mud, dark tea and oil, staining the bold red fabric to achieve a more subdued pattern. This became so commonplace that by WWI, the classic woodland, two-colour desert, and ‘Denison Smock’ patterns had been created and were generally used throughout many European army forces. Countries such as South Korea, the United States of America, Vietnam and Britian created and wore some of the most well-known camouflage patterns we know and use today. Most notable are the ‘duck hunter’ seen on the Carhartt Mission shirt, the classic ‘woodland’ which has been applied to the Clarks Desert Boots, the ‘six-colour desert’ pattern on the Hershel Barrel bag, and finally the British ‘Disruptive Pattern Material’ or better known as ‘DPM’ has been slightly changed to feature on the Addict Frontline jacket, all of which you can see below. 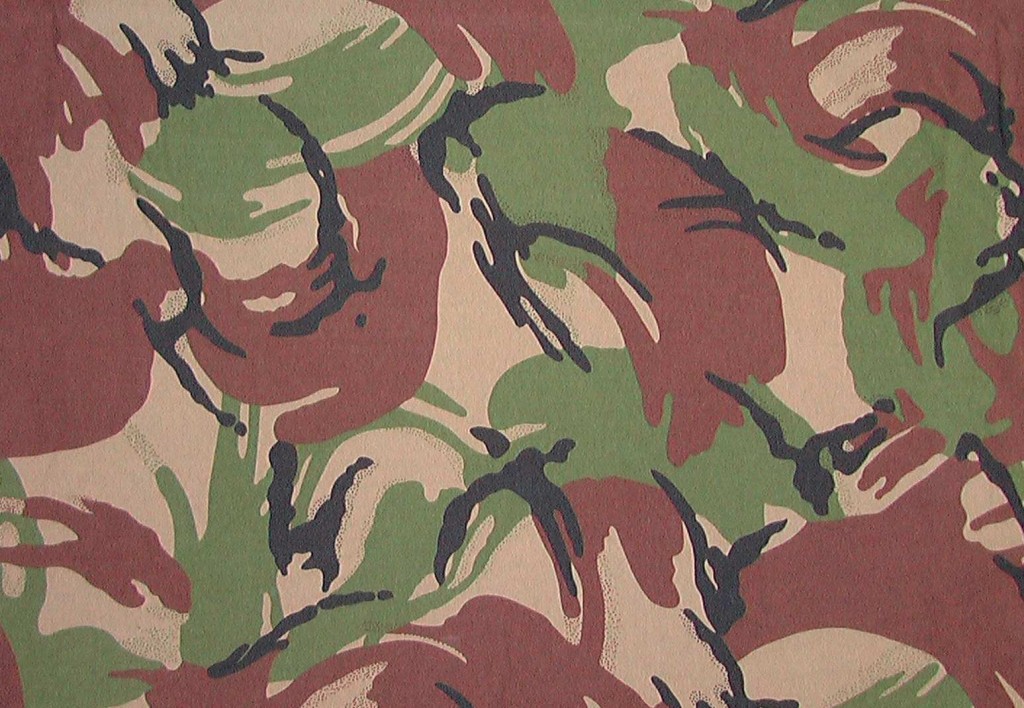 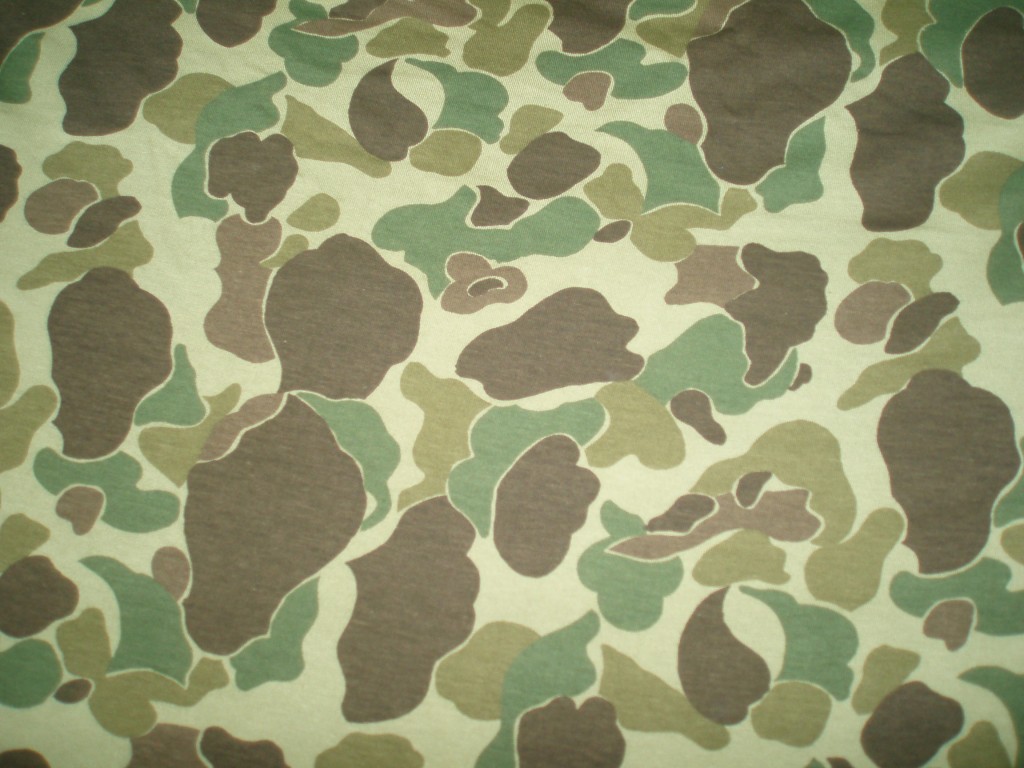 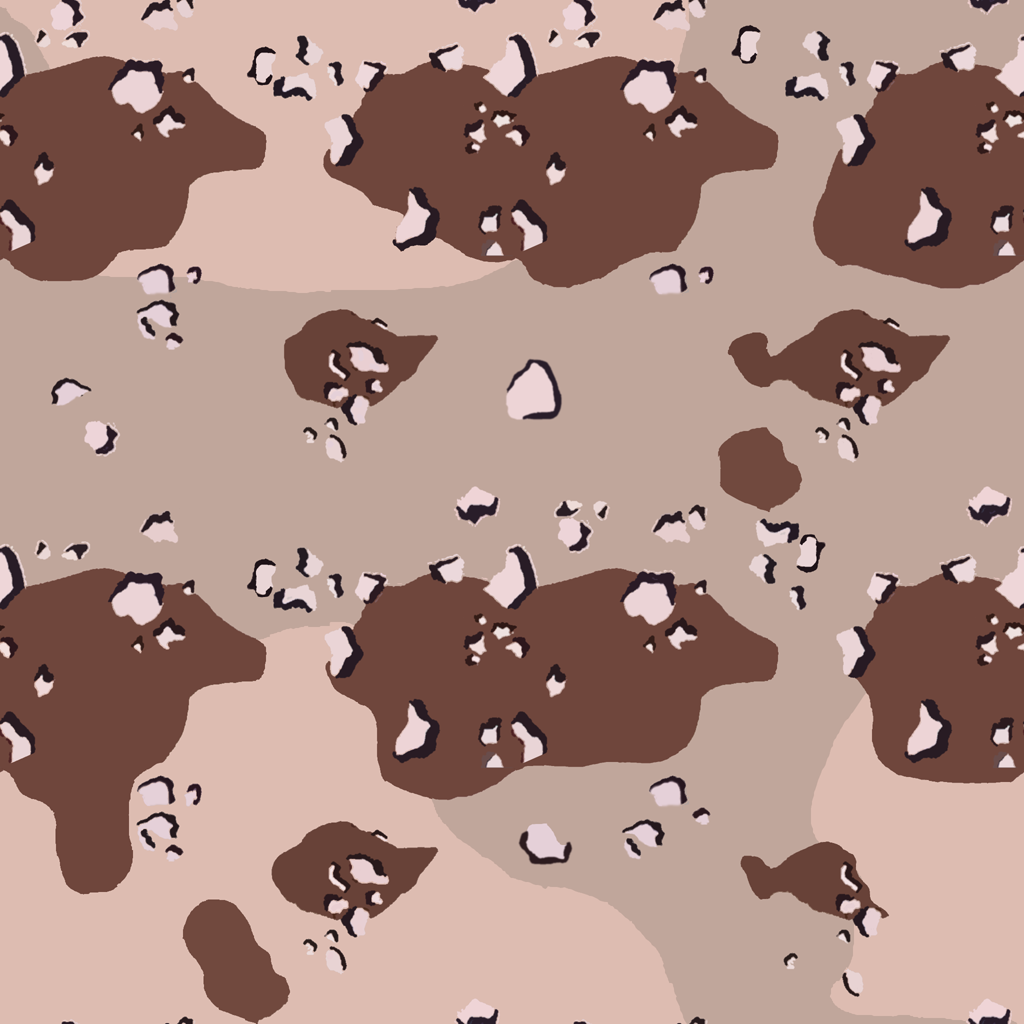 Due to the massive popularity of surplus, relatively cheap and hard wearing army and navy garments in the last decade, camouflage has blown up (excuse the pun) within the worldwide fashion culture and is now used to stand out in a crowd instead of its original purpose of hiding. To celebrate the diverse patterns that camouflage has been presented in over the years, we’ve picked out a couple of our favourites, which you see below, from the past season which include the Carhartt Michigan jacket, Stussy Troops shirt, Carhartt Johnson pant and the finally the latest size? Mannock hoody and Fuller t-shirt. 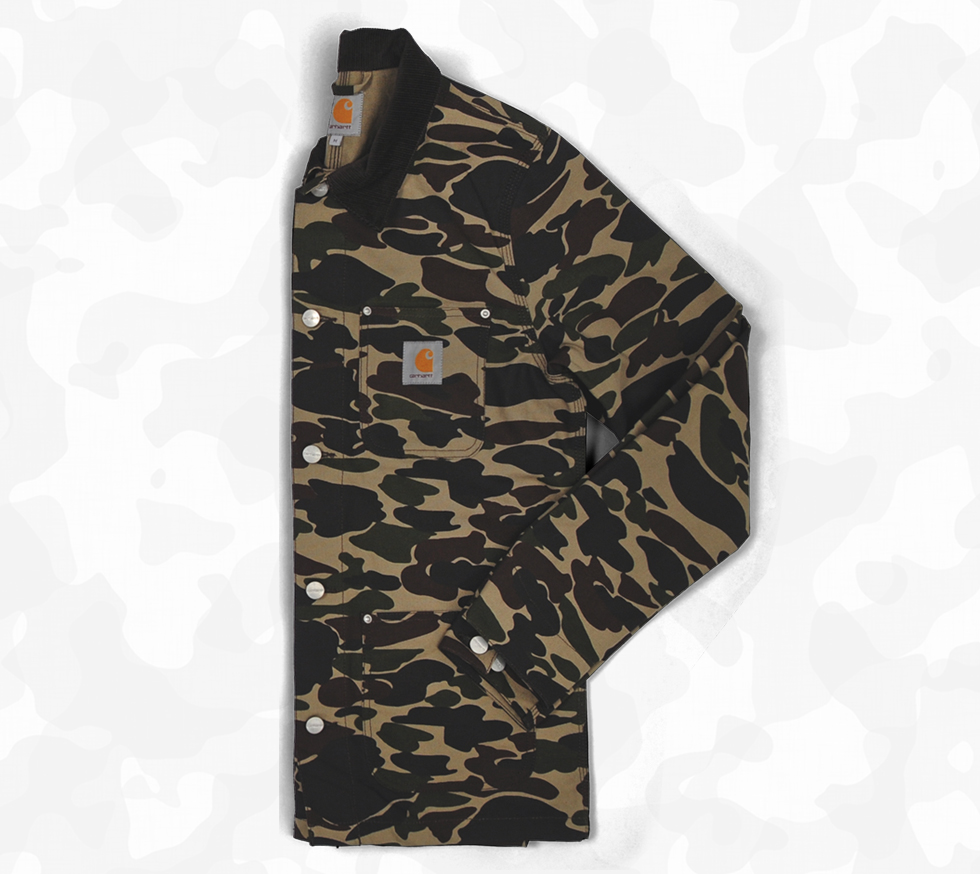 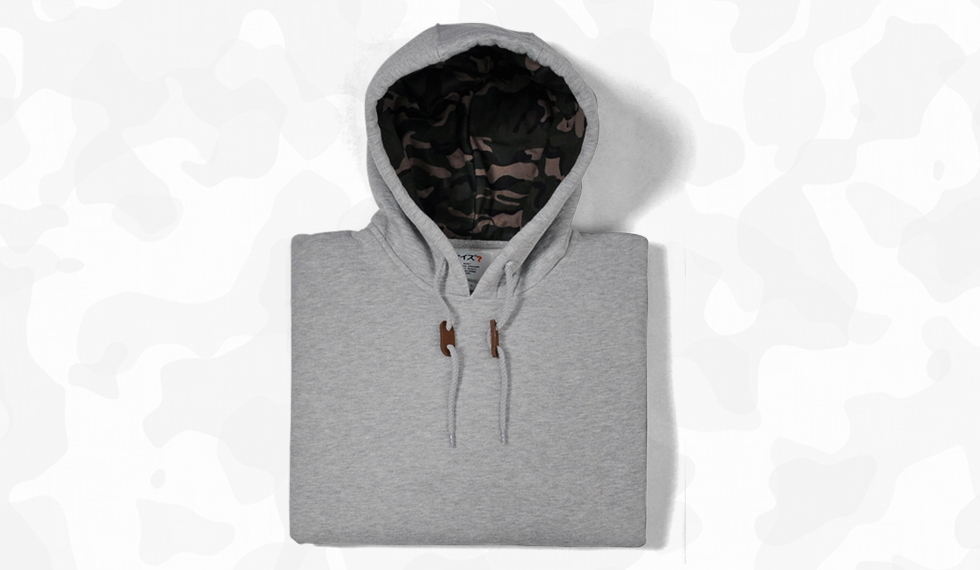 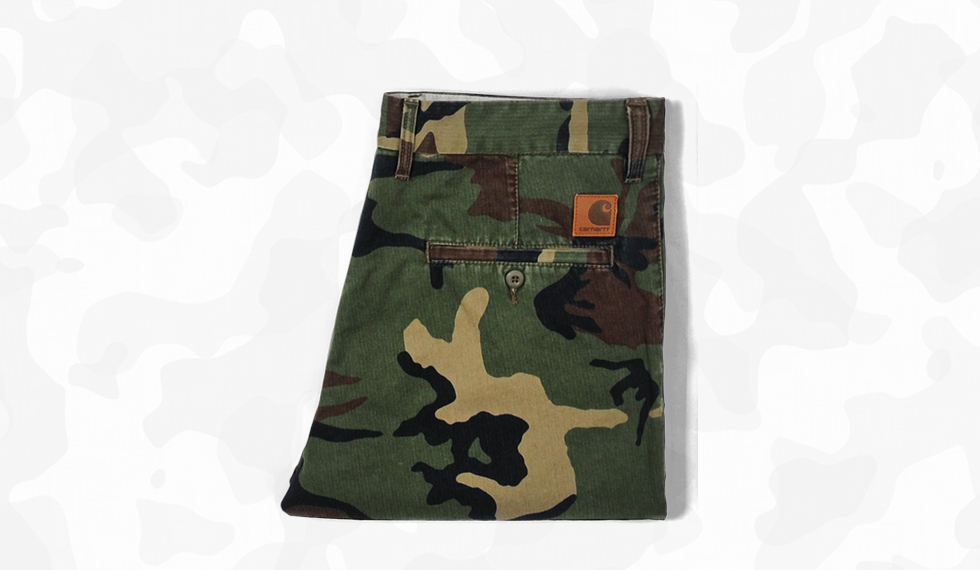 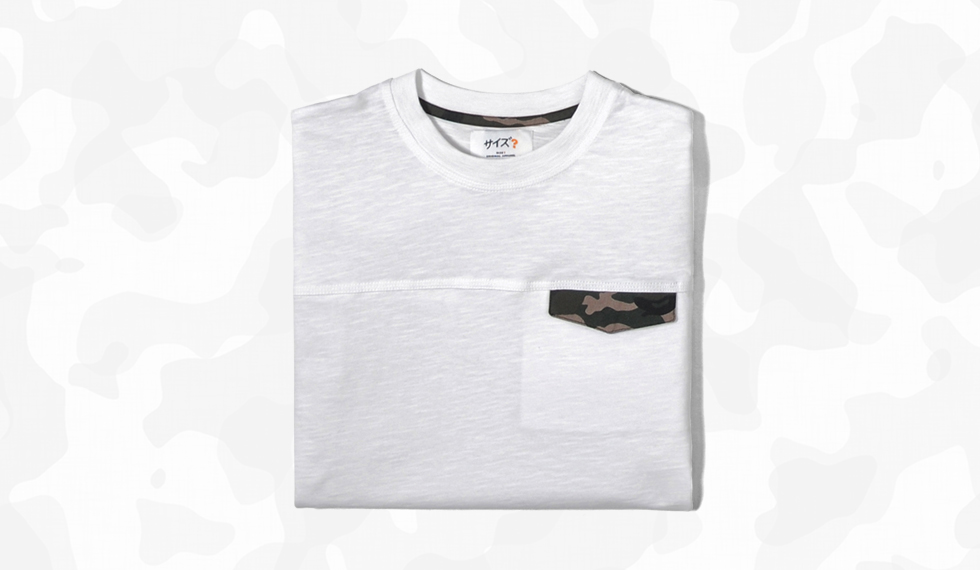 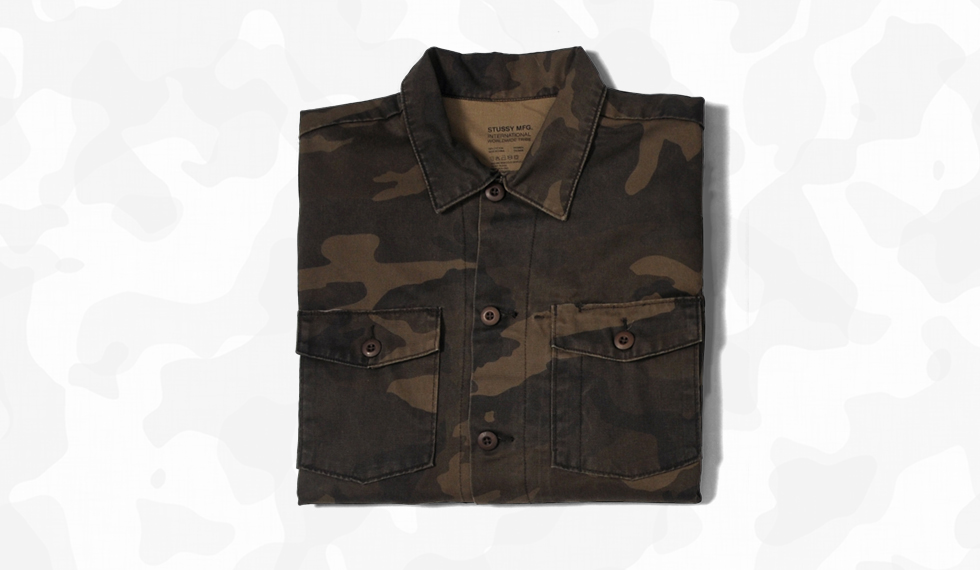