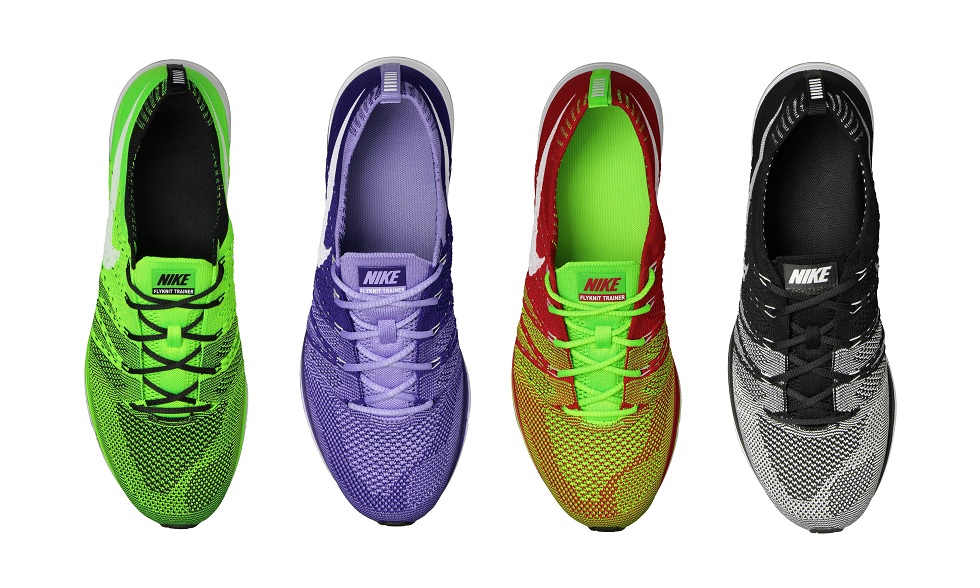 After finding how to continuously offer support and comfort, the next goal for running shoe manufacturers was to create a shoe that replicated the same feeling of a sock. Nike took this challenge head on. First up were the Air Sock Racer and the Air Huarache followed by the Air Rift and Air Presto, all of which made massive break-throughs when released. But Nike has never given up on its quest to create a piece of footwear that would feel like a second skin, a shoe that provides a snug fit and goes virtually unnoticed by the wearer. But one of the main problems that they encountered was the lack of support and structure within the materials being used. So four years ago Nike set off on a journey of mirco-engineering static properties into pliable materials, applying their 40 years worth of knowledge, to create what is now known as one of the lightest, best fitting running shoes the brand has ever made. The Flyknit. A technological advancement by any standard and an easy favourite for any ‘shoe list’ of 2012, the Flyknit even made it onto Time magazine’s ‘Best inventions of 2012’ list. The shoe combines a mixture of breathability, flexibility and most importantly the precise placement of support needed for a training shoe. Yes, it all might seem like data for data’s sake to a lot of us, but what Nike has created is a shoe that weighs less than a standard cup of water (one shoe in a size UK9) and features what a lot of performance runners offer, but all in one layer! As well as these groundbreaking facts, it also looks incredible and that’s even before you’re even got your foot in it. Presented in bold colourways and still classed as an elite performance running shoe, this silhouette has wasted no time in effortlessly transcending from the track to the street. In many ways this bridging of genres so quickly makes it even more special. All four colours of the Nike Flyknit Trainer will be available later on in the week, priced at £150. http://youtu.be/JUdNeFh2SDo 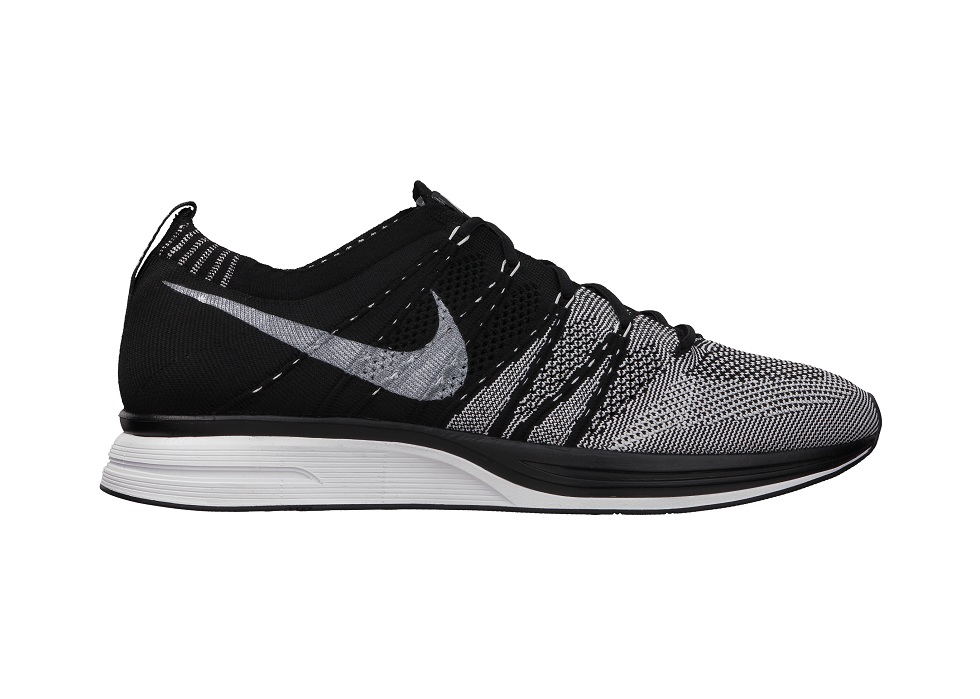 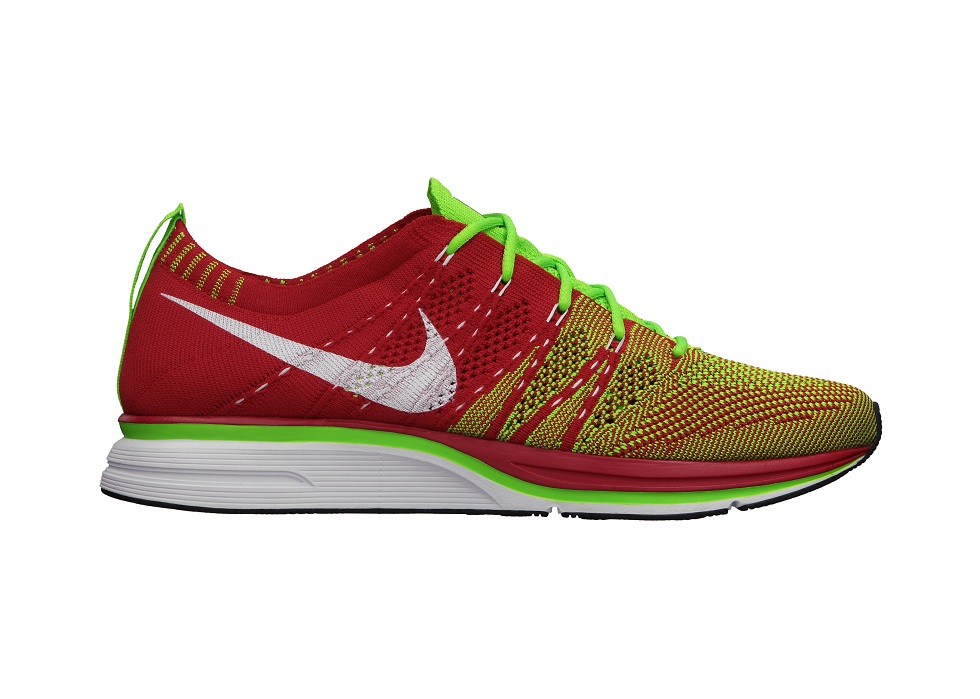 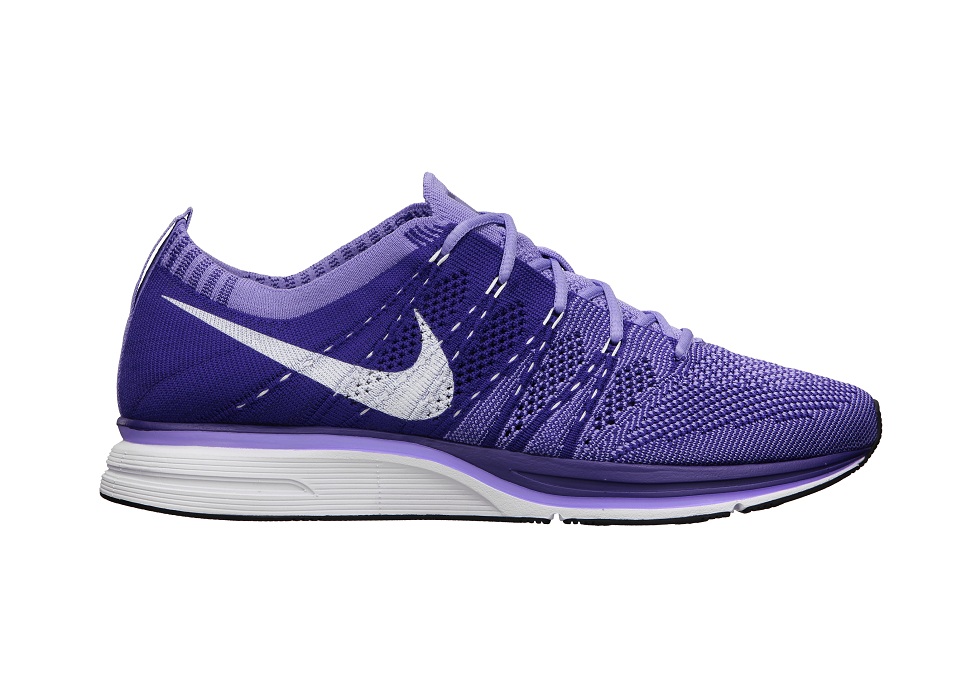 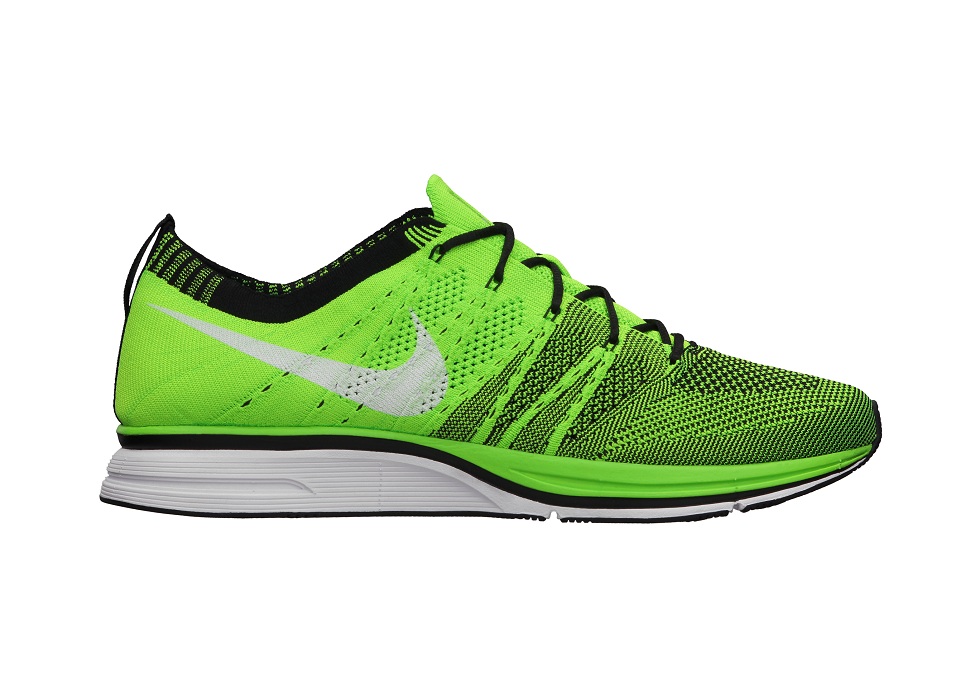