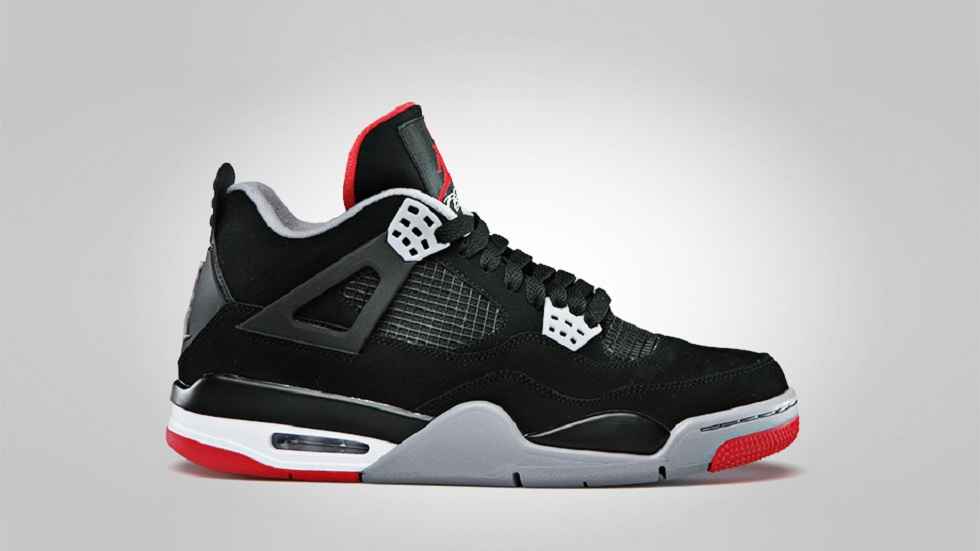 Like a freak coincidence, the Jordan brand have timed the 23rd anniversary of their ‘IV’ model perfectly and set the re-release of the iconic black, red and grey colour combo for Friday 23rd November. Coincidence?! The last AJIV release for this year sees one of MJ’s most recognisable signature models presented in the colourway also famously nicknamed as the ‘Breds’. With similar characteristics to its older brother (Air Jordan III), the  Air Jordan IV still features the same visible air unit along with some different aspects to previous models such as the innovative plastic coated mesh and ‘Flight’ scripting on the tongue which gave an inclination to what you could do in these shoes. The Air Jordan IV was also the first of MJs basketball shoes to be fully marketed globally, which gave the silhouette a massive push into the non-sporting culture, so much so that it was featured in Spike Lee’s cult ‘Do The Right Thing’ motion picture. Available from all size? stores & online from Friday 23rd November, the black/red/cement grey Air Jordan IV Retro ‘Bred’ will be priced at £125. 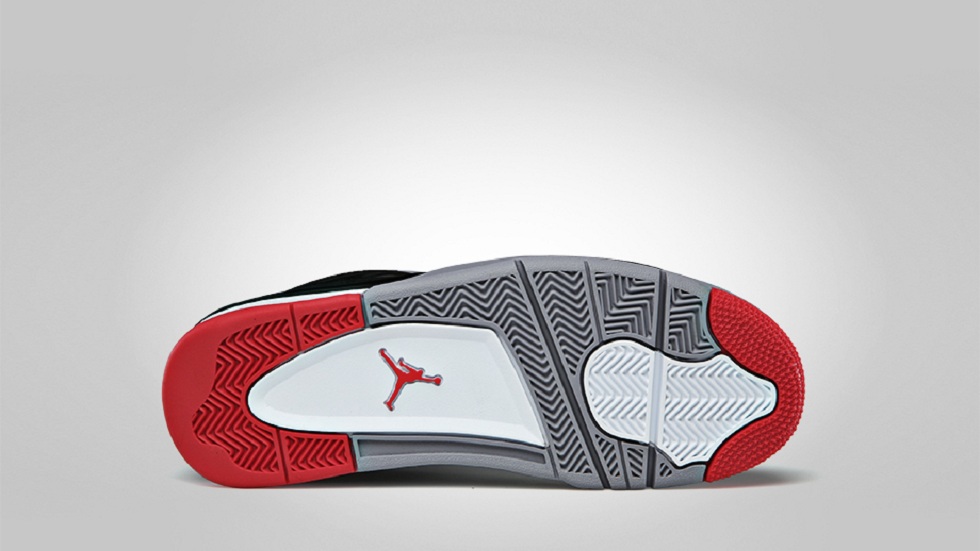 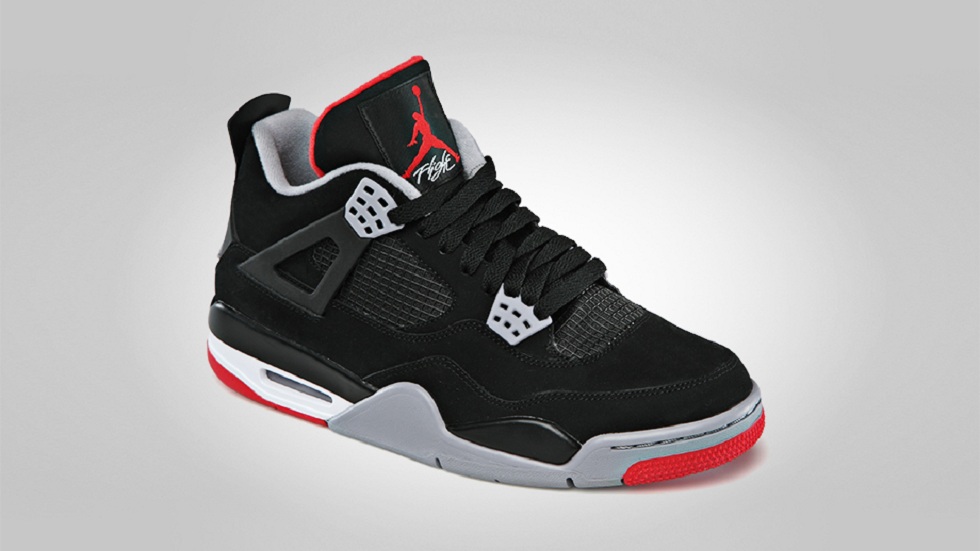