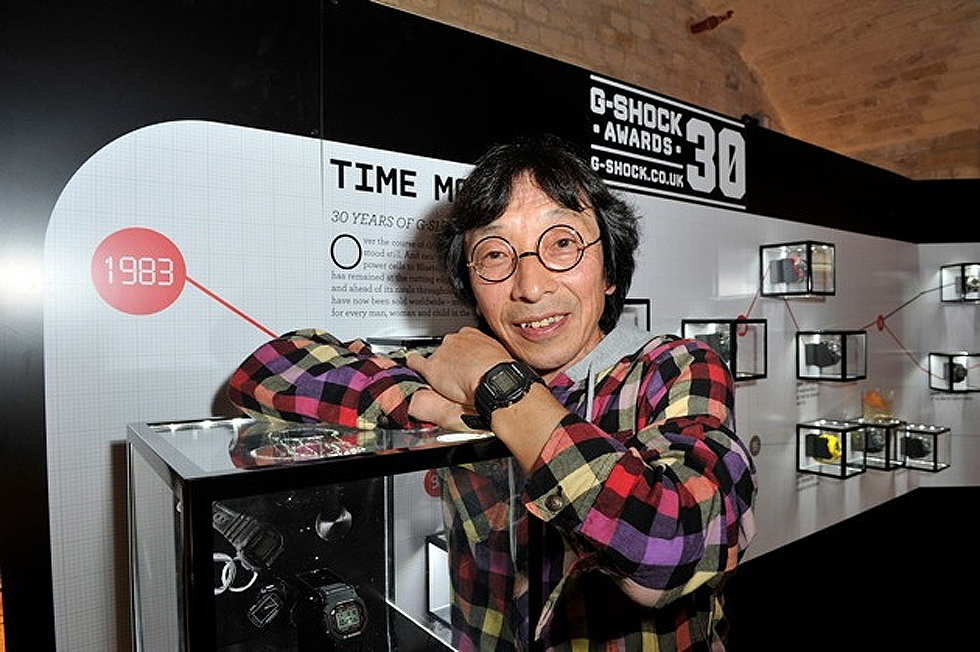 Whilst working for watch-makers Casio, an engineer by the name of Kikuo Ibe took it upon himself to design and create a prototype of the first ever G-Shock watch, initially combining a classic digital interior housed inside a toughened rubberised strapped compartment. After presenting this idea to his employers, Casio started the produce numerous lines in different colours and has eventually become one of the leading brand names within the watch industry. As well as creating watches which include an atomic clock, solar rechargeable batteries and even designs that are Flight-Qualified for NASA space travel, G-Shock has developed a massive following within the street community. Because of this, the brand has proudly collaborated with a range of different people such as London-based duo Dee & Ricky, graffiti artist Eric Haze, fashion labels Bape and CLOT and musicians the Wu-Tang Clan and Ke$ha. This year sees the brand hitting 30 years old and to celebrate this anniversary High Snobiety’s Selectism, with help from Dazed and Confused, sat down with the founder at the event held in the London Film Museum to ask him a couple of questions, which you can see below, along with the celebrations featuring Wu-Tang Clan's Ghost Face Killah. http://youtu.be/uMEJzmhgy0w Selectism-Can you tell us a little about your design background? Kikuo Ibe-My personal design background is in engineering, I studied this so I do not consider myself as a designer.   SL-How and when did you first get involved with Casio? KI-I knew that Casio was a creative company and they were looking for engineers at the time. I felt that they were an open minded company and because of that they would give me the opportunity to create some really interesting products.   SL-Tell us a little about the original idea behind the first G-SHOCK watches? KI-The main idea behind the creation was of course the toughness of the watch. One day after I had broken a watch my father had given as a gift, I saw a girl in the park playing with a ball and it gave me the idea to create a durable watch that would not break so easily. By using a hollow structure like a bouncy ball and the module suspended inside, this would create a cushion and prevent internal damage of the watch. That was the beginning point.   SL-What sets them apart from other hard-wearing watches? KI-The main reason I think is because G-SHOCK incorporates technology as well as fashion. All the parts used to make up the watch are strong and durable in order to create the strongest of watches.   SL-What are G-SHOCK’S most important features and why do you think it has retained its popularity for so many years? KI-Above everything is the fact that it’s hard-wearing. I think the watch meets all aspects of the consumers needs because it covers so many bases.   SL-Can you tell us a little about the current design process behind creating a new G-SHOCK watch? KI-The watch needs to be shock resistant and able to withstand tough terrain, then Influence is taken from other everyday products and surroundings which could be anything, of course the first was that bouncing ball.   SL-What inspires you? KI-My main inspiration is the audience and working out exactly what they need. I want to over achieve their expectations, to listen to the customers, take on the brief and then go above and beyond their requirements and create that wow factor.   SL-Do you have a favourite model? KI-This would be the DW-5000C, the first shock resistant watch. After the 200 prototypes made, we finally created the unique concept of a watch that could be dropped from the top of a building and still not break. The original means a great deal to me. http://youtu.be/uMEJzmhgy0w Source: Selectism