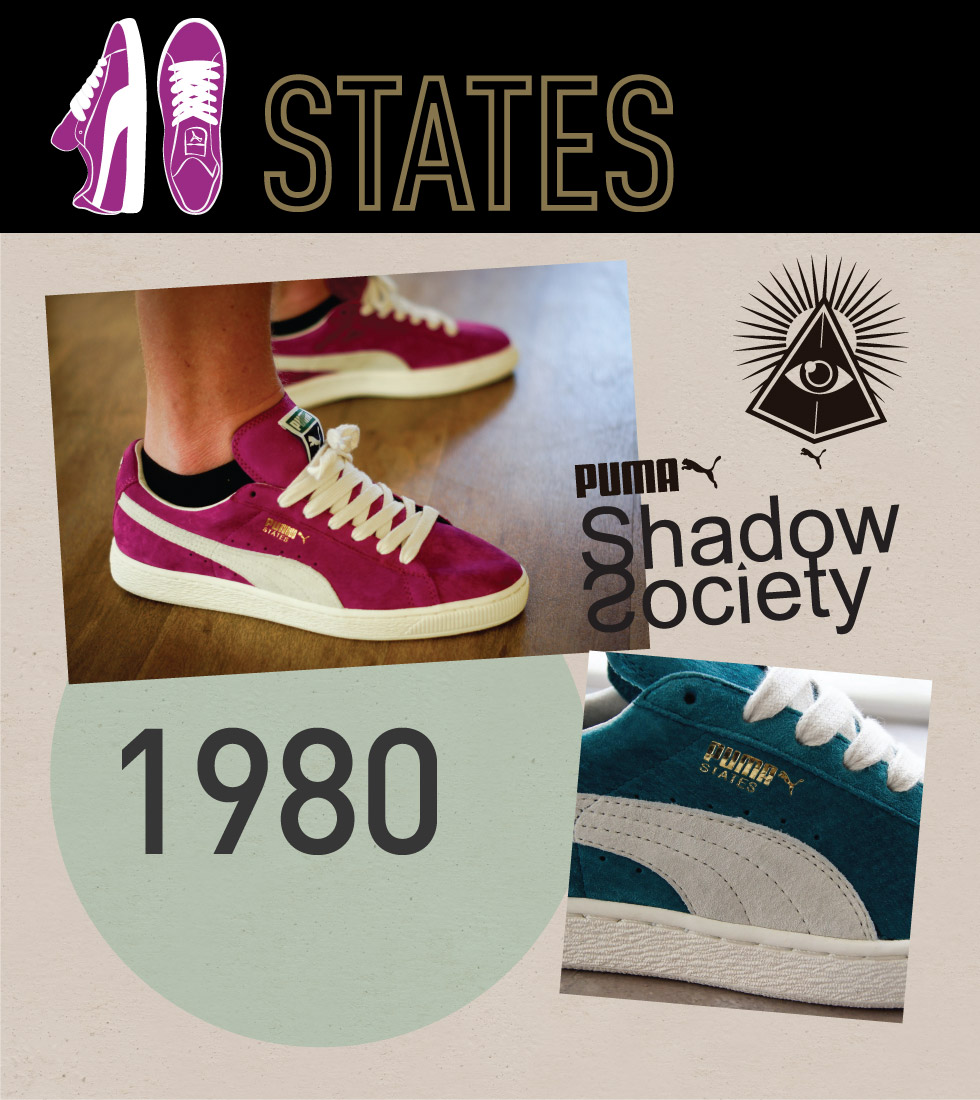 With no intention of slowing down, the Suede hit new levels of fame in the 80’s & 90’s and went pond-hopping to the UK where it was aptly christened ‘The States’ after its birthplace. For the initial PUMA Shadow Society launch (a highly diverse and covert group of PUMA sneaker heads), it made sense to bring back The State in its truest form. This reissue pays special attention to detail (straight down to the font and spacing on the foil logos) along with a premium execution. for purposes of personality and customisation, multiple lace colours and widths are included for lace-flipping aplenty. 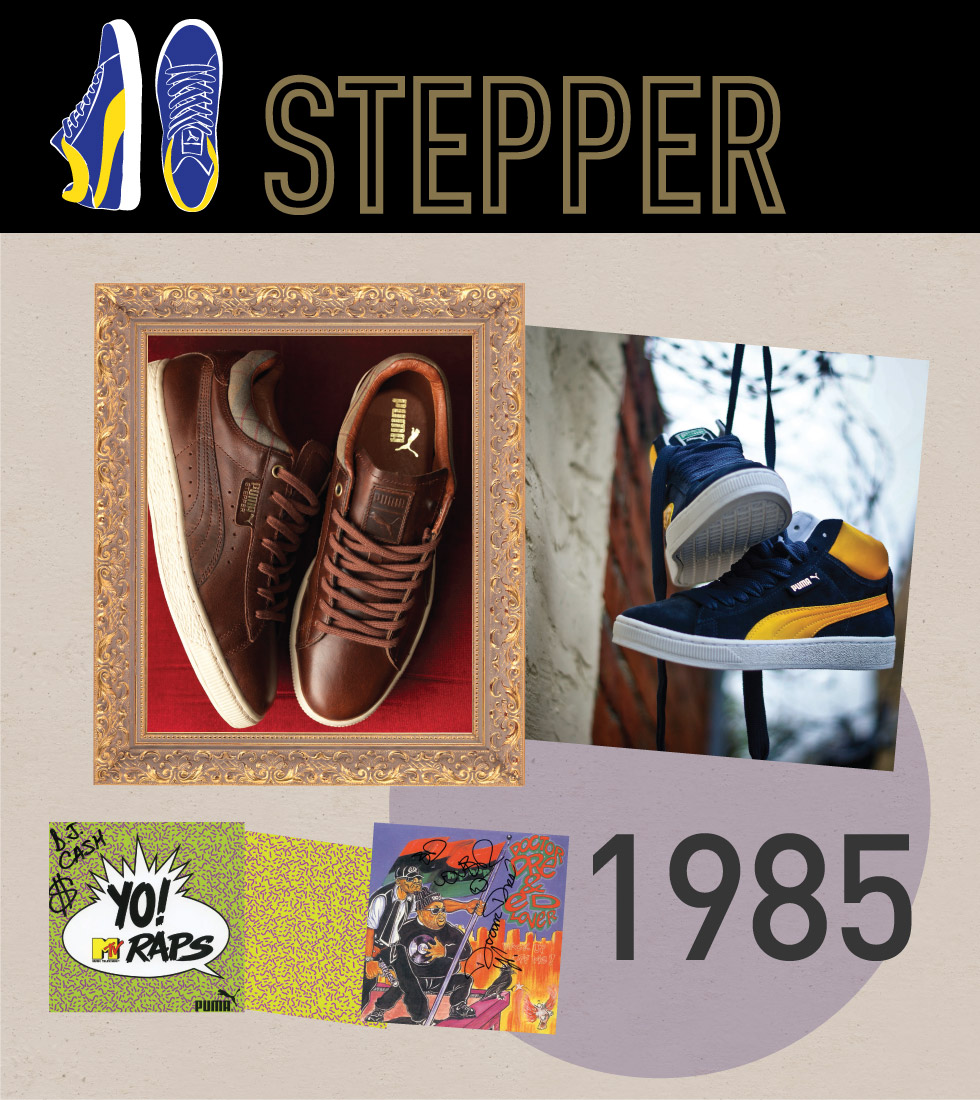 Taking on a form like various PUMA models of a similar era, this shoe dates its origin to the mid 1980’s, taking you back to when high tops and fades ruled the hood. The Yo! MTV Raps collaboration is a funky mid-cut trainer with a suede upper, padded ankle support and 2-tone formstripe. The PUMA Japanese Monster Pack commemorates classic Japanese monster movies from the 1950-1970’s and included a “Terror King” Stepper with monsters artwork printed on the sock-liner. This season, together with British Millerain the PUMA Stepper has been decked out in a rich earthy palette of materials such as waxed cottons and sturdy leathers that form a shoe bred for the street, with aggressive sport-led styling’s.