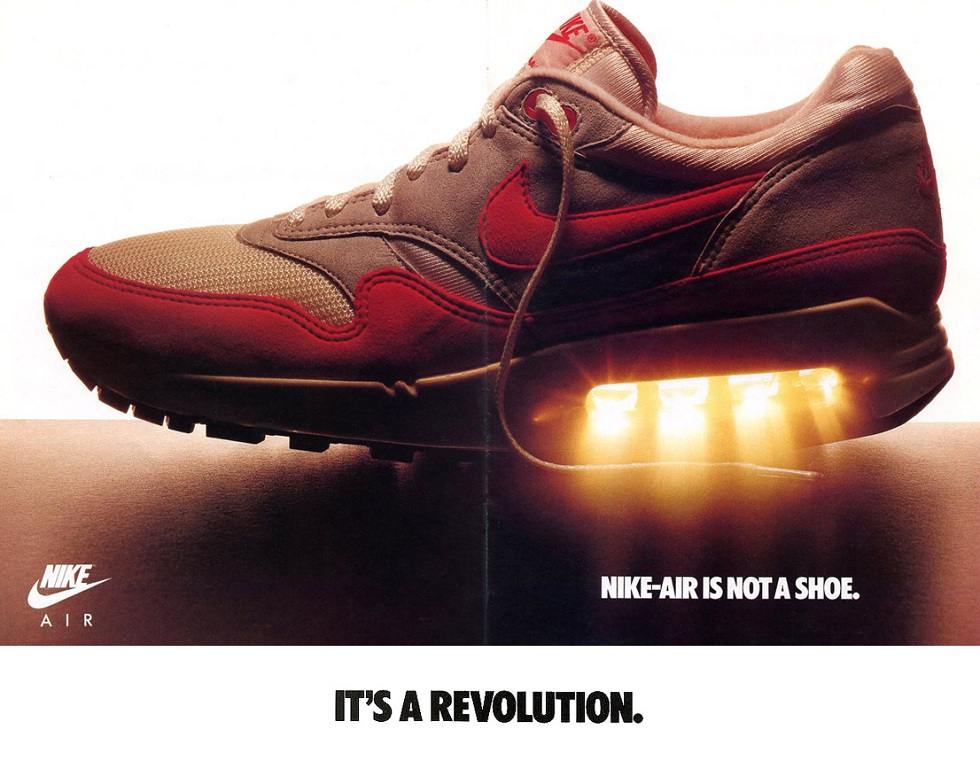 Before 1979, no one would’ve thought that aerospace engineering and training shoes could work so well together. That was until a man by the name of Frank Rudy approached Nike and presented the idea of an air-infused cushioning system. Along with this radical concept, months of designing in areas so top-secret that rumours of athlete-cloning was taking place, the Nike Air Tailwind was born and the footwear industry was changed forever. 8 years later, following a trip to the Pompidou Centre in Paris, budding footwear designer Tinker Hatfield pressed Nike to release a training shoe with this new innovative technology visible for all to see – a proposition that nearly cost him his job. Hatfield kept his job and the end outcome is what we see now as the Nike Air Max 1 – the first shoe ever made to feature a visible Air Unit. Nike didn't just use Air technology in running shoes, integrating it into 1982's Air Force 1, creating the first ever basketball specific silhouette to include the new groundbreaking cushioning system. Other early (and now infamous) releases like the Sock Racer and Air Huarache also featured Air technology in the mid sole. After what was deemed an astonishing achievement in sports history, the design and technology quickly grew and more and more Air filled products hit the market. This was perhaps most noticeable in the fast developing Air Max series where the size of the visible Air Unit seemed to increased year on year resulting in what we see today – a full length Air Unit, first seen on 2006's Air Max 360. Nike has since re-created and reissued many of the popular early Air releases so that the once fresh silhouettes can be accessed by new generations of footwear fans. So whenever you get yourself a brand new pair of Nike Air keep in mind the history under your feet.... 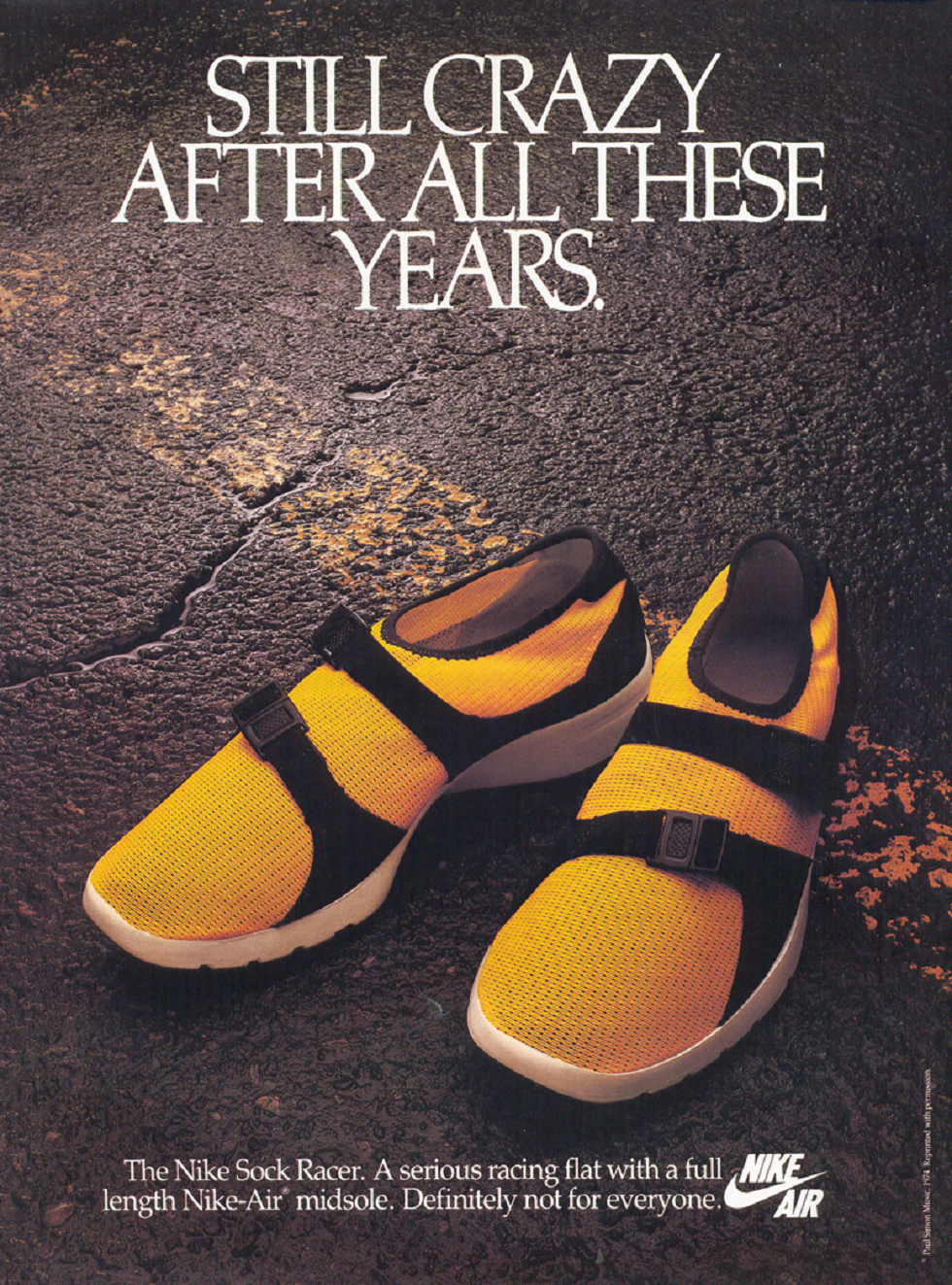 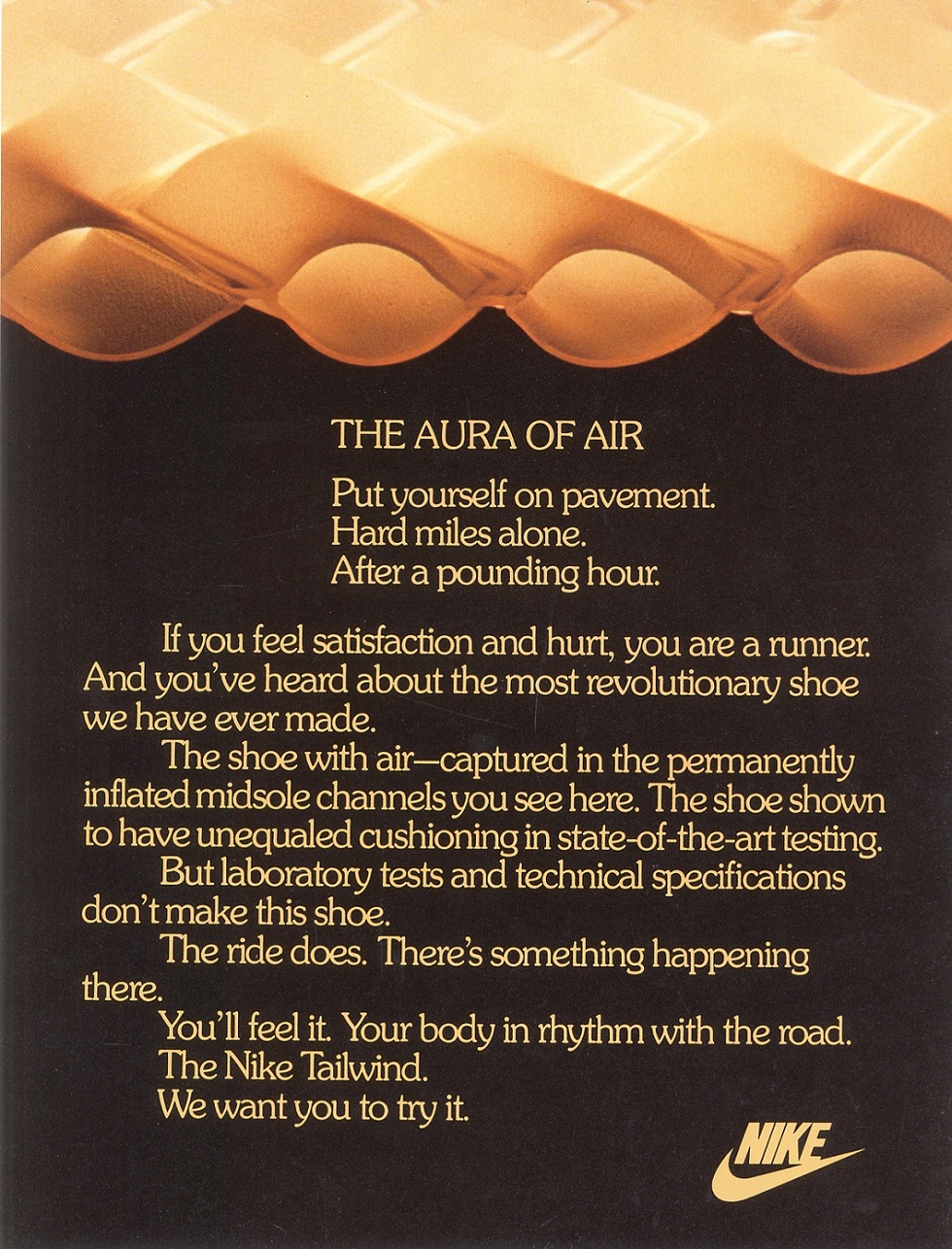