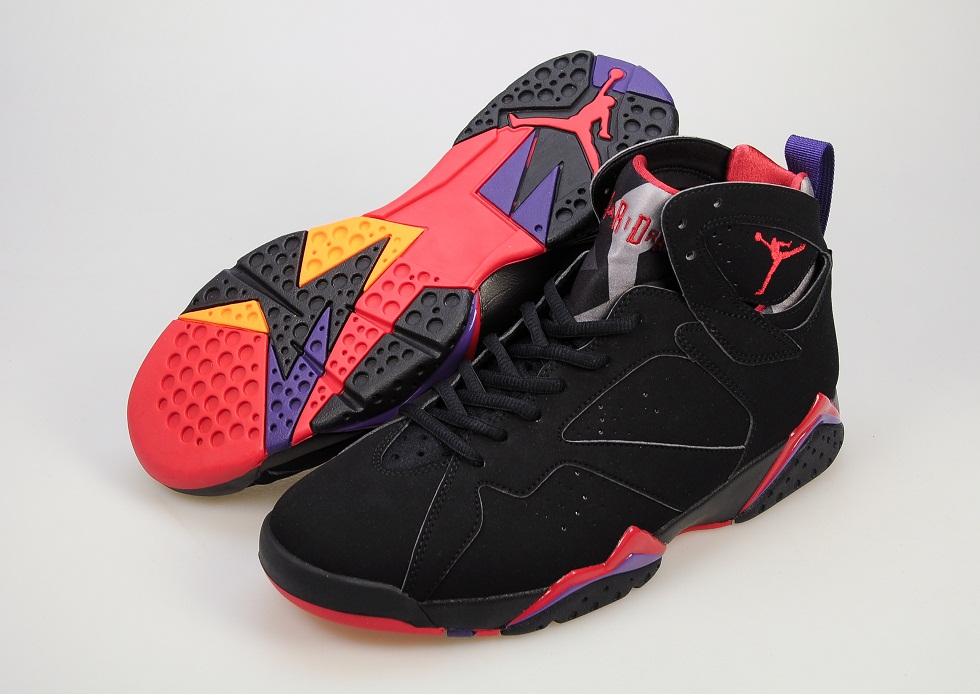 What a year 2012 has been so far for Air Jordan releases! Fans new and old have been treated to an overly healthy amount of reissues and this looks certain to continue with our third installment of the Air Jordan VII. A timeless colourway, exactly how these black/true red-dark charcoal-club purple AJVII’s got their ‘Raptor’ nickname is shrouded in mystery. After all the NBA team that many cite as the inspiration behind the choice of colours bear no connection to His Airness. Michael Jordan never played for the Toronto Raptors and further more they never even existed 20 years ago when the originals dropped. Speculation aside, what we have here is a simple yet classic colourway of one of Jordan Brand’s most popular models. Reissued for only the forth time since its original launch in 1992 (last seen in 2009 as part of the ‘Defining Moments’ double pack), the 2012 retro shares closes resemblance to the 2002 version, which also featured a solid black upper. Available from size? stores & online, the Air Jordan VII ‘Raptors’ Retro release this Saturday (1st September), priced at £125. 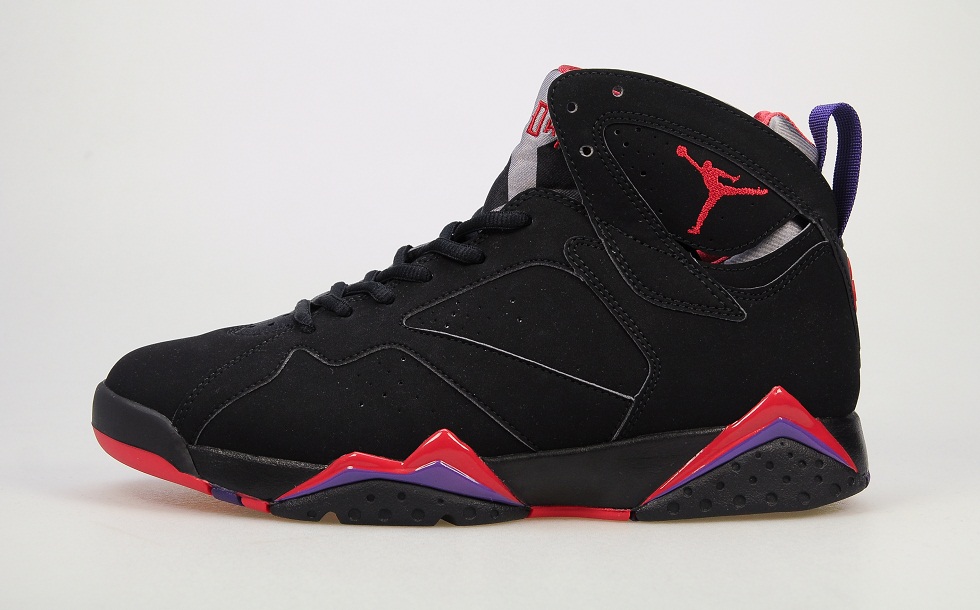