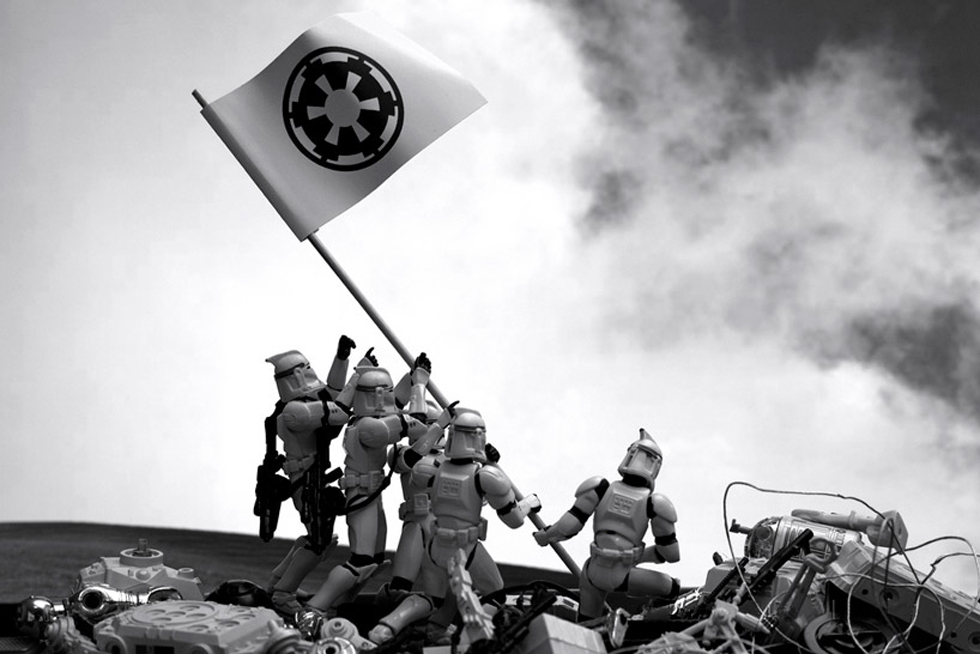 Photographer David Eger, has amassed such a vast collection of Star Wars figures, he decided to create art with them rather than let it all collect dust in a box. In his latest project '365 Days of Clones', he posed and photographed clone troopers once a day for an entire year. The majority of pictures consisted of random poses, but every once in a while he recreated iconic images of everything from World War II to The Beatles. Due to the popularity of his photography, he has now started a new project, which will run through to the end of the year called '52 Weeks of Star Wars'. 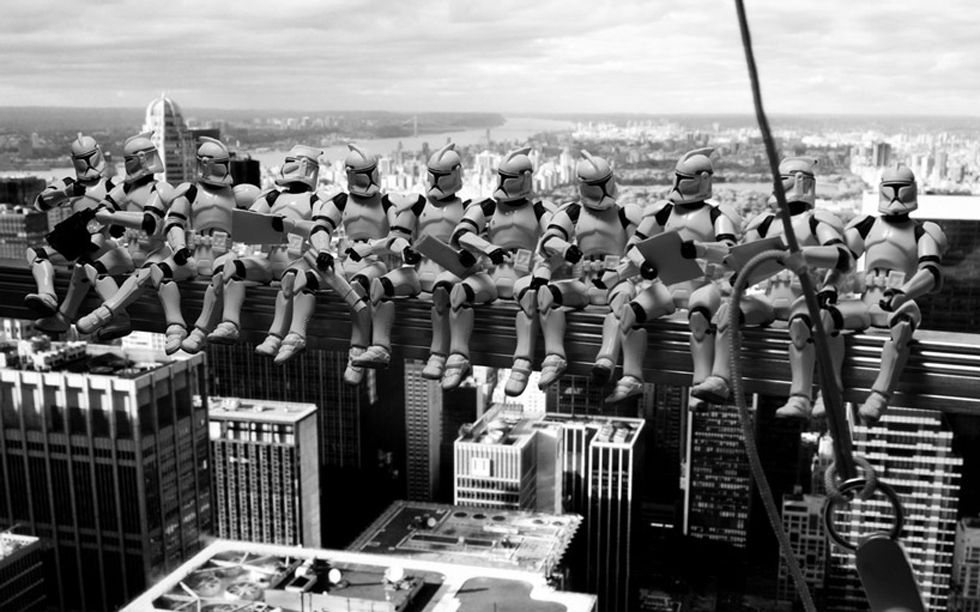