Home  /  Fresh News   /   We spoke to P Money and Coops before our Brighton size? session

We spoke to P Money and Coops before our Brighton size? session

The Brighton size? sessions show is just around the corner, and we can't wait to share each performance with you. But first, we are sharing an exclusive interview with P Money and Coops to get you in the mood for their sessions this week. We spoke to both of the stars about their musical influences, favourite shoes, writing processes and more. Have a scroll and keep an eye on our blog for the sessions this week... 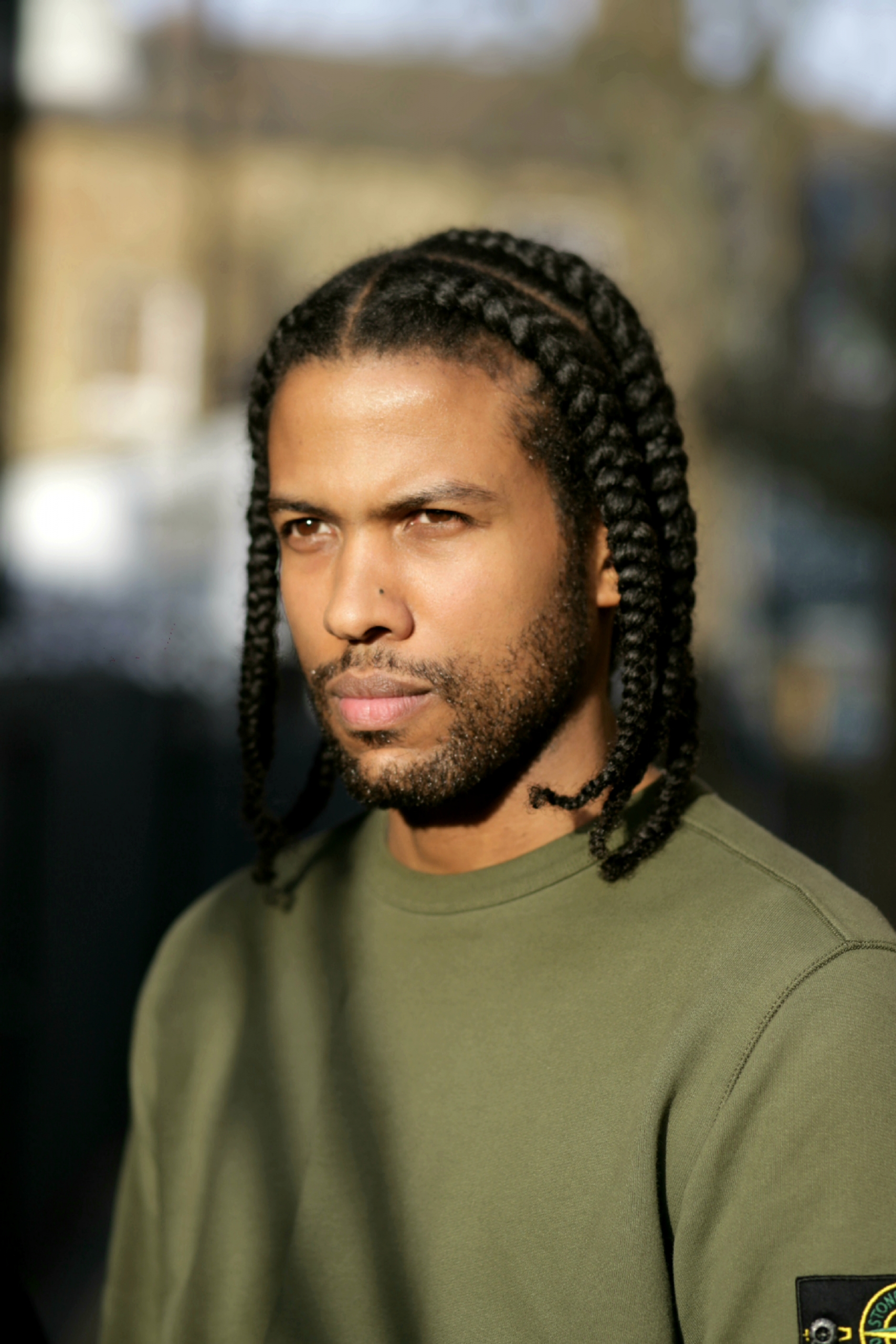 Introduce yourself what do you do and what is your shoe size?

P Money: "My name’s P Money. I’m a South London born and raised grime MC, now living in the Borough of Windsor down the road from the Queen; up in life you get me. My shoe size is 9; it’s a weird one, sometimes it looks massive sometimes it doesn't."

Who inspired you when growing up that really got you interested in music? And what genres of music were you listening to?

P Money: "If I’m honest the people that inspired me were my mum because she played a lot of music in the house from jungle to reggae, Bashment all sorts of different vibes which is why I’m really good with having different flows because I was listening to lots of different types of music from young, and then my cousins. One was a DJ, he had loads of old school garage and grime - well it wasn't grime back then it was just called garage - he had loads of those on vinyl and we used to do sets at his house. My other cousin used to have this lyric he’d say all the time, I thought it was his but it wasn’t. Really really really really s*** lyrics but at the time I thought it was amazing because it rhymed. I didn't know what any of it met until I grew up and realised he was chatting shit and then I realised it wasn’t even his lyric it was someone else's. But, coming across that I just wanted to make my own rhymes as well so my family were my initial inspiration."

Coops: "Growing up my parents used to play a lot of music in the house and car so I’m sure that's where my musical pallet was formed. Artist like Bob Marley and roots music (reggae) was played ritually in my household along with Soul, R&B and Hip Hop with a touch of John Lennon and David Bowie. aside from the music I heard as a kid, I grew up in and around Tottenham which was a melting pot of talented people which definitely aided my journey in discovering my own musical talents. Seeing people from the local community and even my Year group at school obtain successful music careers 100% gave me the drive to aim high."

What’s your approach to writing bars? Do you always need to start with the beat first or are you always coming up with lyrics in your head and jotting them down?

P Money: "Nah, sometimes I will think of a line or a punchline or a sick metaphor or just an idea like a concept for the track, whether it’s about something in life that's happened to me or something I'm thinking of. Sometimes I know what type of beat it needs so then I sit down with a producer and make something that I hear in my head that suits the vibe or I just browse the internet or message producers until I come across something that I feel like ‘yeah man this suits what I want to say’."

Coops: "My approach to writing bars varies, I pretty much always write to a beat, mainly on a phone these days but It used to be pen to paper. My other approach is just writing straight into the mic line by line or a couple bars at a time over a beat that's loaded up in Logic. I use the punching in approach usually when I’m eager to get bars down or getting impatient with the writing process and want instant results."

How long did it take you to find your style as a rapper?

P Money: "I don’t have one style - I think I'm still finding my style but in terms of being comfortable and always having a routine and a way of doing things where it feels and looks easy, about 8 years. After 8 to 10 years of doing music properly every day solely as a job you master your craft - I feel like you can do that for anything."

Coops: "I think style is something that comes naturally to every individual just like everyone has their own taste preference when listening to music - I think it’s the same when creating music. I think my style is constantly evolving although a lot of the evolution happens behind closed doors in the studio and never sees the light of day lol. Every new track is an up to date version of my style. I also think when collaborating long term with another individual like a producer the two creatives styles can intertwine to make something new. This happened for me when my close friend and now long time collaborator Talos Linked up back in 2012, and since then, we have both continued to experiment sonically and mature musically."

What do you think it is that sets your sound apart from other ‘rappers’?

P Money: "Because I didn’t grow up listening to rap or liking rap I'm different - a lot of people you can hear influences from previous rappers whereas I didn't really listen to rapper so I don't really have those influences so my flow and style have always been very different to everyone else I’ve always noticed from when I was young. I’ve always stood out - even the way my voice is or the way I say certain things, it’s always been different because I literally didn't grow up listening to the same people as other people that are rappers or grime MC’s. I literally like started out just doing it myself so I've always noticed yeah I'm different in that sense. With sound, I like so many different things and I’m always trying to find a way to merge them together. I grew up listening to dubstep, garage, grime, jungle so I’m always finding a way to merge the sounds. I might do a dnb tune that a grime head could still like because I asked a producer to include certain things that might be in a grime song and whatnot so my sound is always different. Everything I do just sounds like a P Money song; I could jump on a rap song but I’d always ask for changes where someone who doesn’t listen to rap would say ‘I love this P Money song’, not ‘I love this rap song’."

Coops: "The same thing that sets me apart from other humans"

Are there any unknown guys coming up that you think people should be expecting big things from?

P Money: "I haven’t listened to too much music recently, just been focusing on myself as I’ve got quite a few projects so I’ve just been focusing on that but there is someone who isn’t unknown but I think should have a lot more recognition, a guy called Mez. A really sick young MC, he’s got a project out in August called One Uncle EP. Another person I think deserves more recognition is JME, you might have never heard of him, he's super unknown… I'm joking. But yeah JME, he’s my favourite artist of all time… he’s sick."

Coops: "I recently discovered KeepVIbesNear. He’s cool, he’s got a unique tone to his vocals and an authentic vibe about him, definitely one to watch."

Currently, what is your go-to album to listen to and why?

P Money: "Recently, KSI's album ‘All Over The Place’ - love it. I'm yet to make an album where I’ve showcased all my talent and in that one I feel like he’s showcased all his talent; he’s singing, he’s rapping, he’s flowing - all different types of vibes. It's a perfect album where you have something on there for every kind of moment, every kind of vibe. It’s a sick body of work and I’ve been listening to that a lot recently."

Coops: "The go-to album for me recently has been a reggae album called Unpolished by Midnite who sadly passed on at the start of 2020. It’s real and raw and conscious and keeps me level headed in a world so unbalanced."

Any dream collaborations or people you’d love the chance to work with on a track?

Coops: "Dream collaboration would be with any one of the Marley family but closer to home GreenTea Peng is a musical warrior. Been loving her vibe since before people caught on to her. I actually stopped her in the street once going about her business to offer her some free studio time and exchange details lol - the offer still stands haha"

What are your plans to develop as an artist?

P Money: "I’m trying out new things. At the moment I've been trying out dnb like vocalling dnb. I've been doing little bits and bobs here and there and people are taking to it really well so I’m diving into it. It’s a bit like when I went in to dubstep and people labelled me as ‘the King of Dubstep’ ‘cos I was the only guy to do vocal tunes and do well within the scene. I want to try to do that with drum and bass now where I bring my grime style to it and open new doors, bring a new type of sound and wave. So yeah man, just constantly trying new things."

What are your all-time favourite trainers and what do you like about them?

P Money: "Man, I don’t know. It changes all the time - in the summer you can’t go wrong with white air forces. The VaporMax TNs though - I could have them any day, any colour. I think it might be them still - I’m just picturing them now… f*** it I’ma order them now."

Coops: "All-time favourite trainer is a tough one, I think it has got to be for me the calm, clean and casual Air Max 1"

Check out more size? sessions content on our blog.