https://youtu.be/w7GYavXKzv4 In May's edition of size? previews we'll be taking a look at a few collaborative projects you can look forward to dropping throughout the rest of the year, including the Reebok 'Classic by size?' pack, the PUMA 'Cities' Pack, and the next instalment in our Anniversary City Series with adidas Originals, the Shanghai. We've always been big fans of some of the classic styles that sit within the Reebok line-up. The Classic Leather, Club C, and more recently the NPC have become staples that we enjoy seeing on the shelves regularly. Among the many projects we've been working on with Reebok this year, one of the favourites is this trio of colourways that look as they've been pulled straight out of an archive catalogue. We've rebranded all three cream 'glove leather' Classics with our signature Orange and Black, and added few subtle tweaks throughout to make them all about size?. 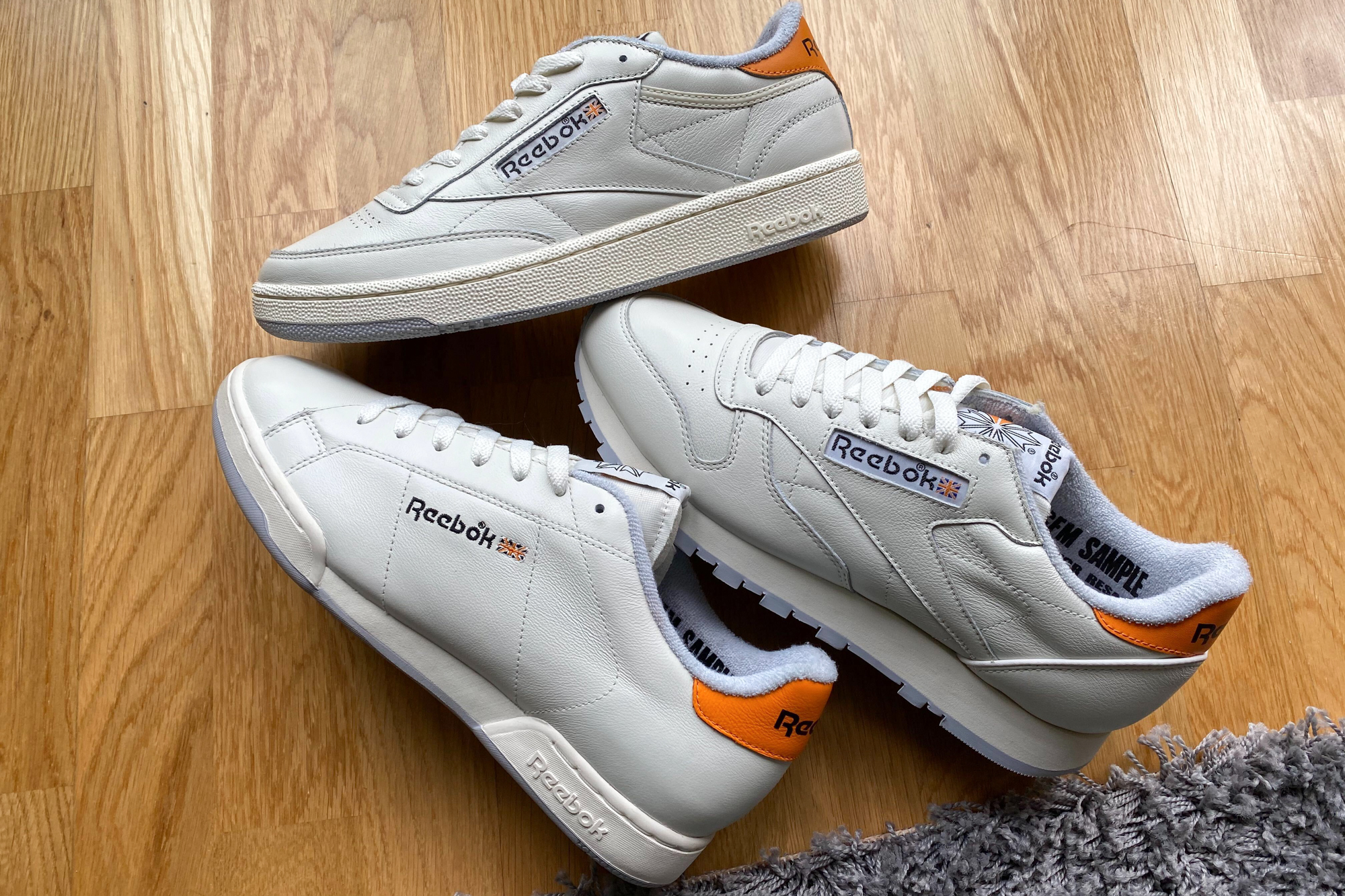 Our newest work with PUMA is a tale of two cities, London, and New York. The rich Purple and Orange featured on the London is a nod to the colours associated with the Jubilee Line that runs through the city. The shape may be familiar to some, taking elements from the brands classic 'Bluebird' model. The second is an interesting one. The colourway is based on a 1 of 1 shoe made for American Football player Joe Namath when he was doing his thing for PUMA back in the 1970s. It's somewhat of a fabled pair, so we've brought it back to life on a strikingly similar shape, finished off with a gold 'New York' stamp alongside the Formstripe to pay homage to 'Broadway Joe'. 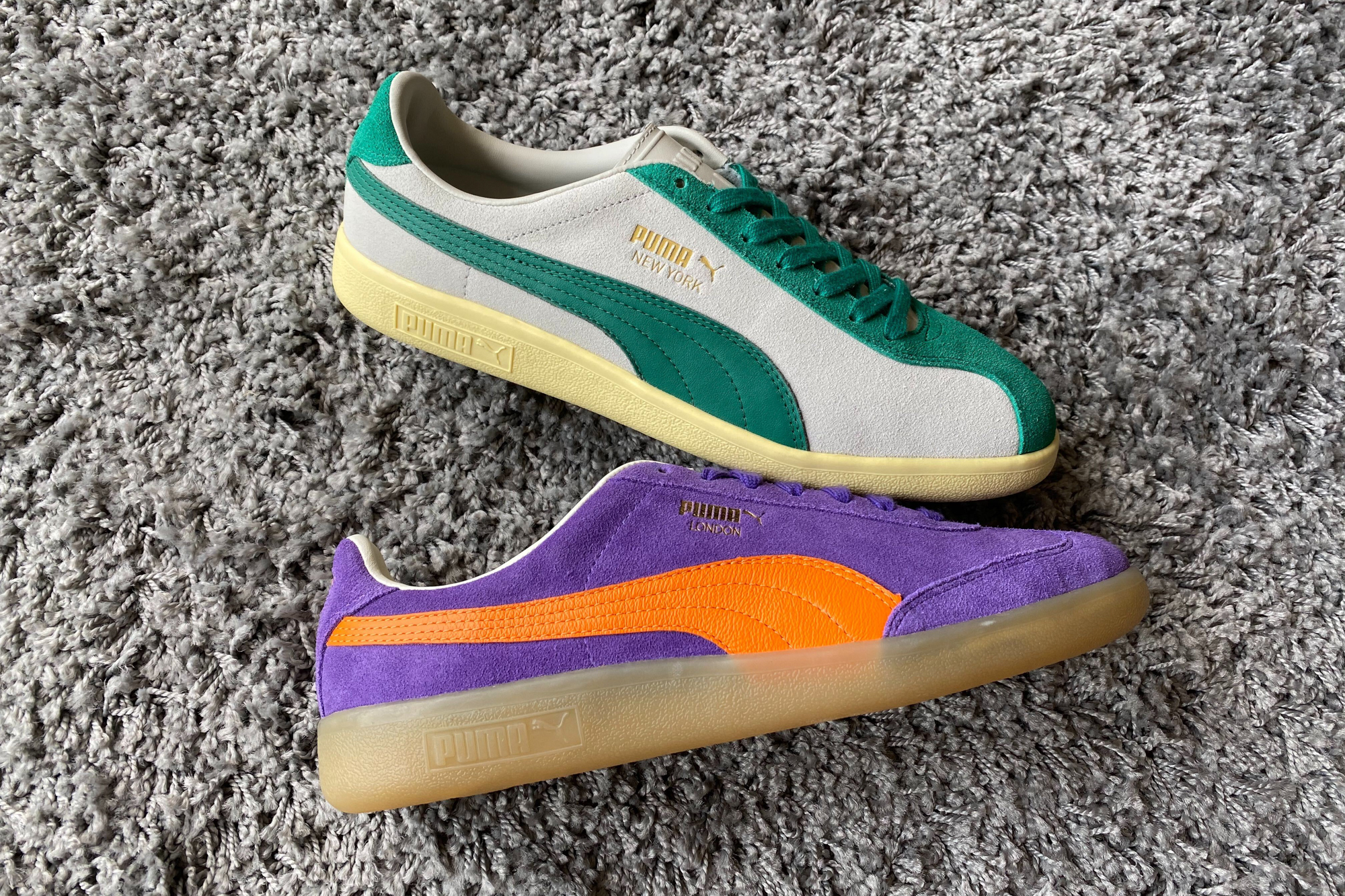 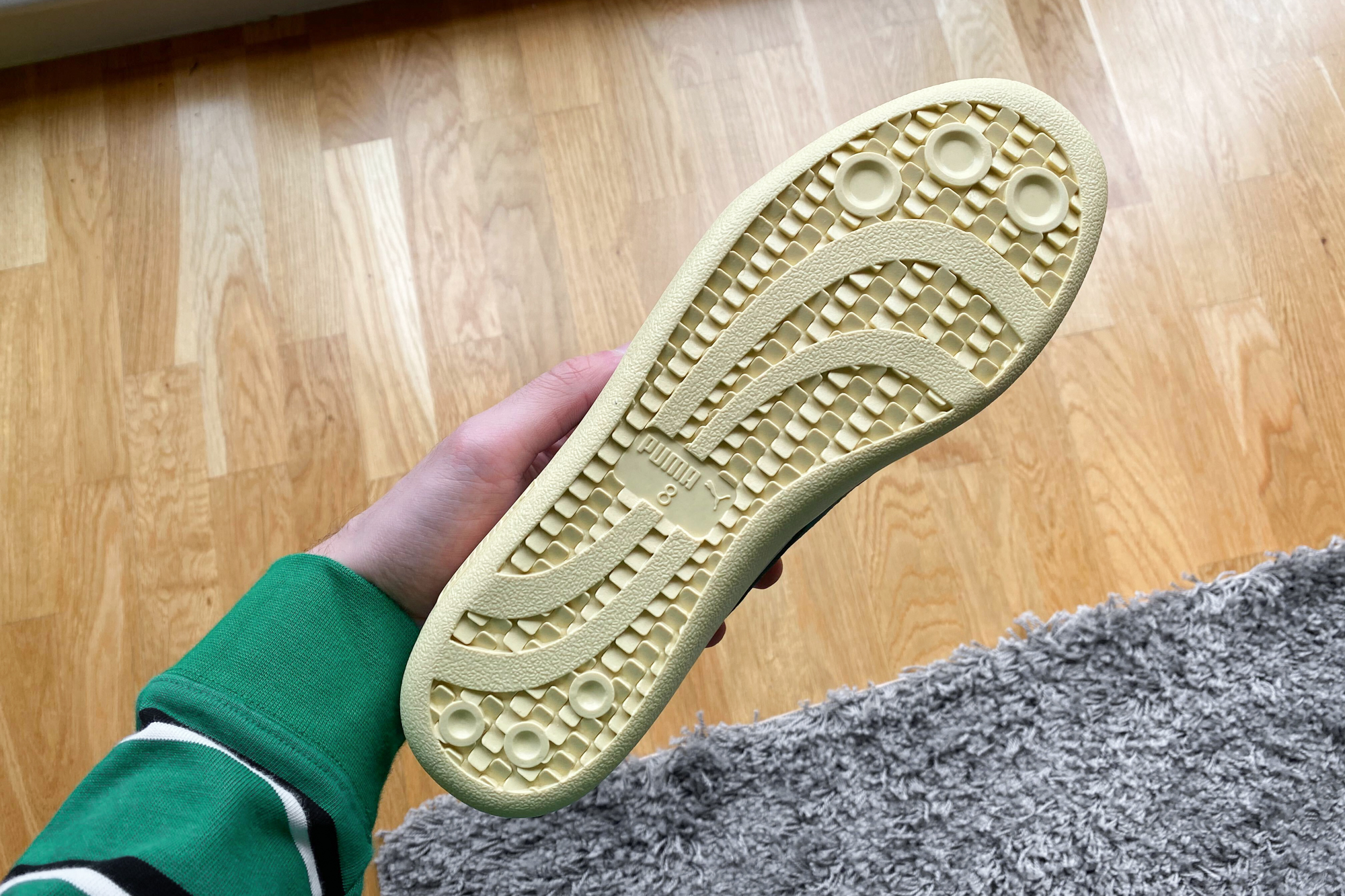 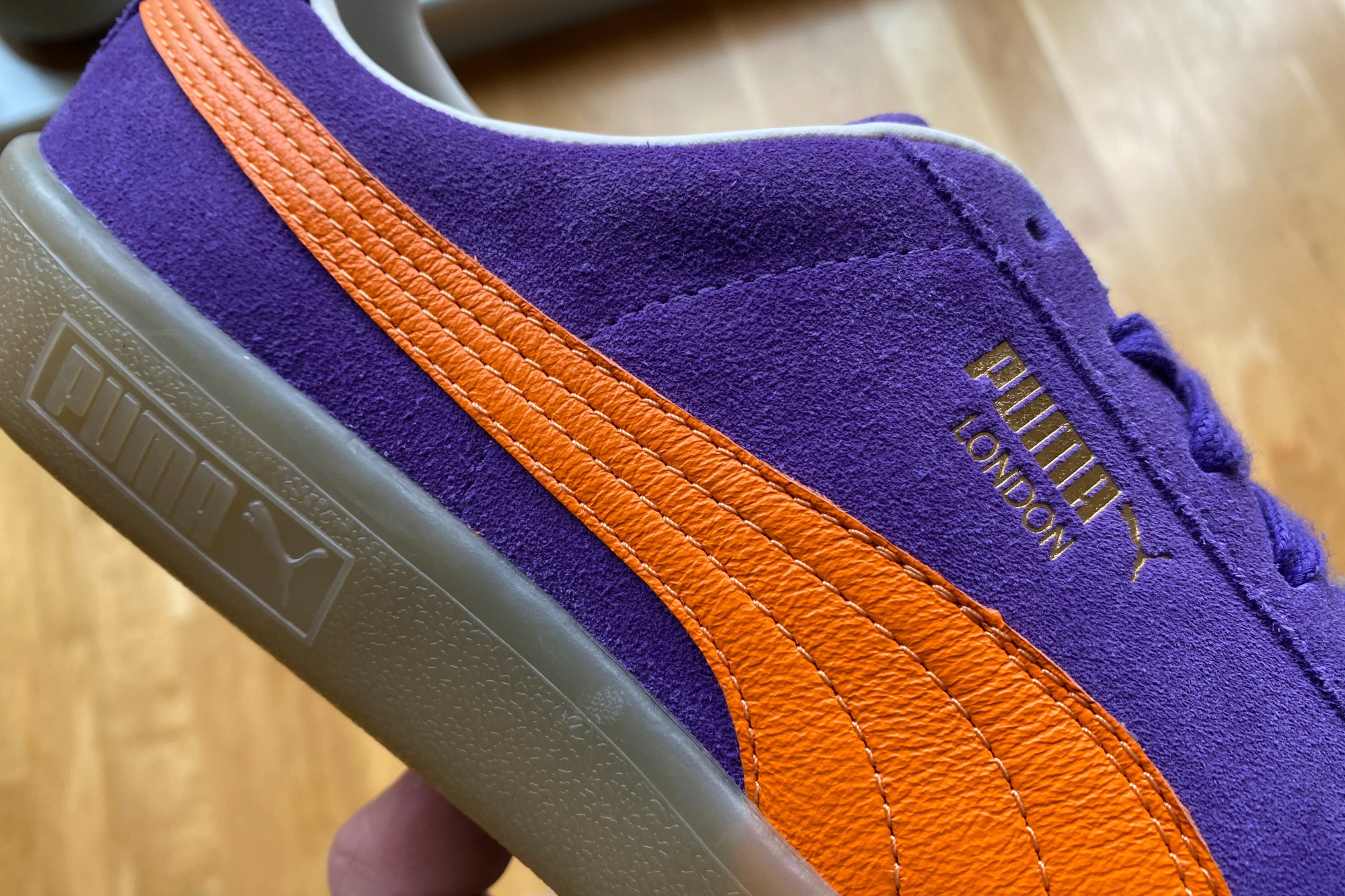 Finally, the next chapter in our 20 year celebrations, the adidas Originals City Series 'Shanghai'. Another new addition to the storied collection, the suede upper comes in a deep navy, accented by orange and purple, representing the cities vibrant skyline reflecting off the water. 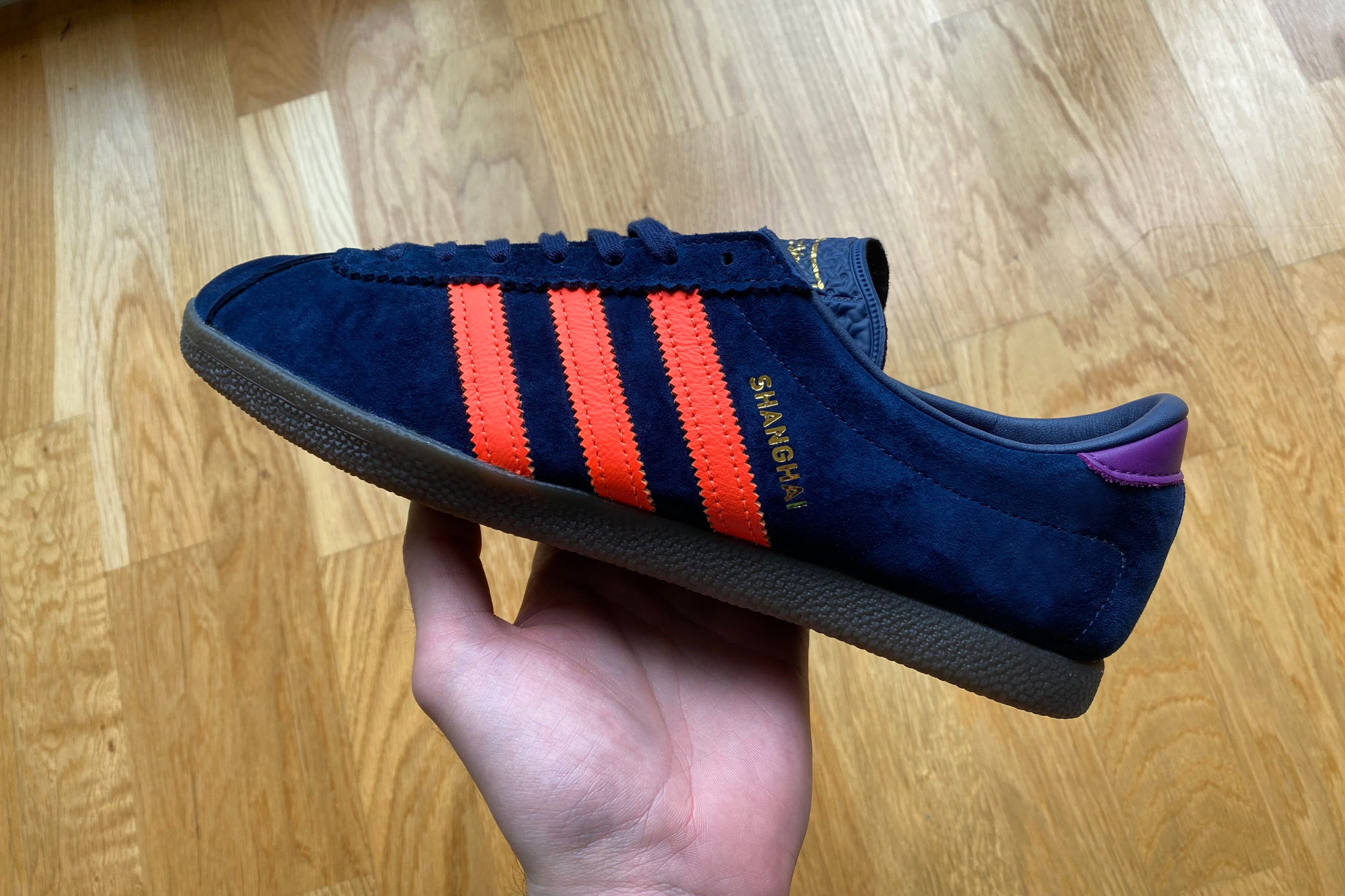 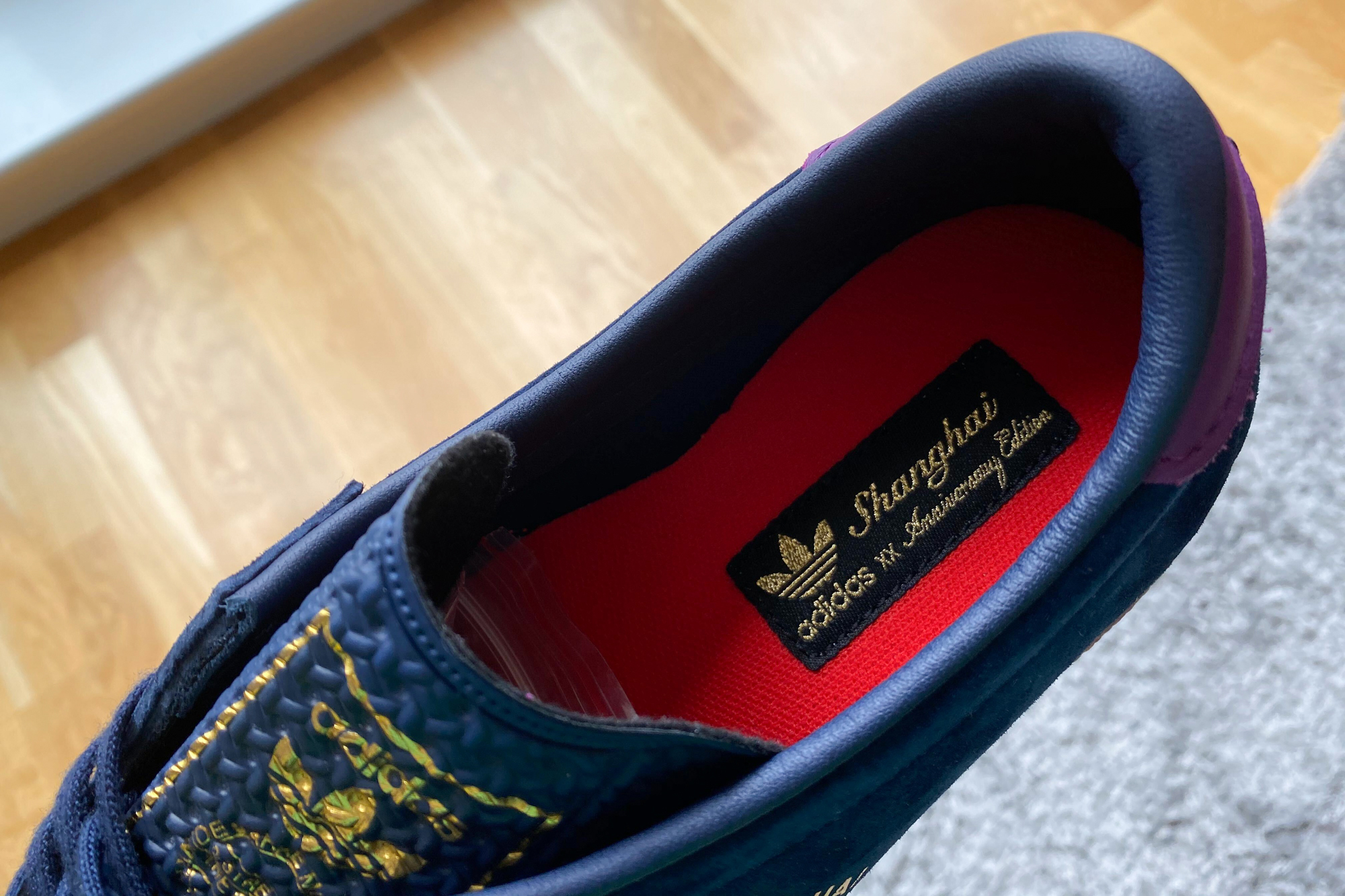