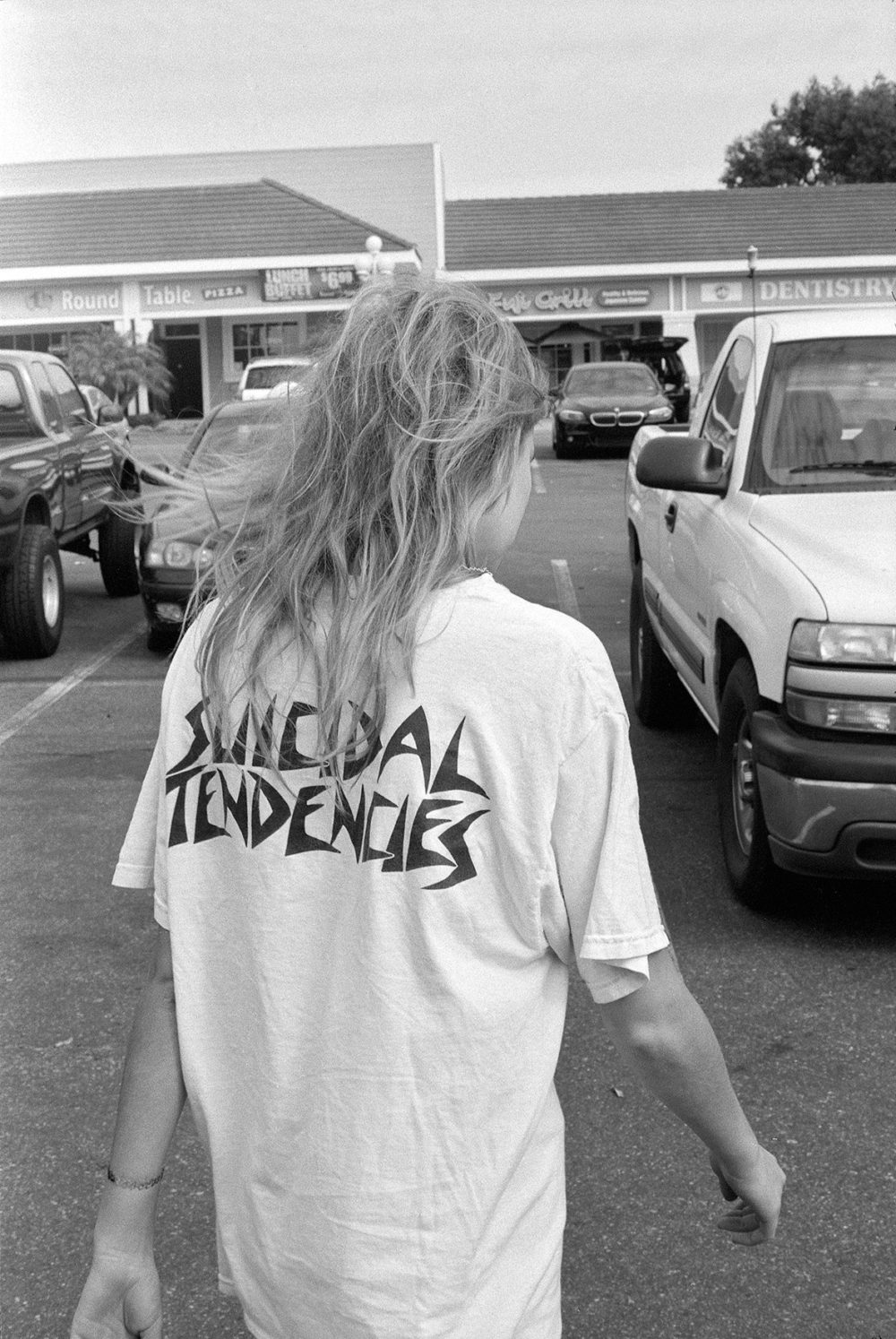 We are all addicted to the swipe and the scroll. If you can’t search it up does it cease to exist? But there is beauty in the real. At the heart of the backlash are Ed Templeton and The Deadbeats — a coterie of analog shooters and zine builders rooted in a tweaked SoCal aesthetic.
Before the internet, there was paper and ink. And the mother of all DIY forms of free expression was the zine. Usually small, often cheap, sometimes nasty — zine scenes have documented all that is good, edgy, and up and coming — things on the periphery, where the best stuff resides. Self-stapled sheets of paper have enabled generations of creative types to get their shit together and shake down projects. They have blagged a multitude of guest lists, squeezed many a swerve — and provided a platform that has launched a million artistic careers. California-based artist, photographer, professional skateboarder and businessman Ed Templeton stopped by to see us in London recently and showed work with his friends in the Deadbeat Collective — a loose grouping of a photographer/artists who specialise in making these uncompromised pieces of indie culture. Many of these guys are rooted in the skate aesthetic and most of them call Southern California home. Ed stopped by the studio with wife Deanna and the crew, shot the breeze with our Don Letts for the SPACES podcast and shared with us this selection of images. 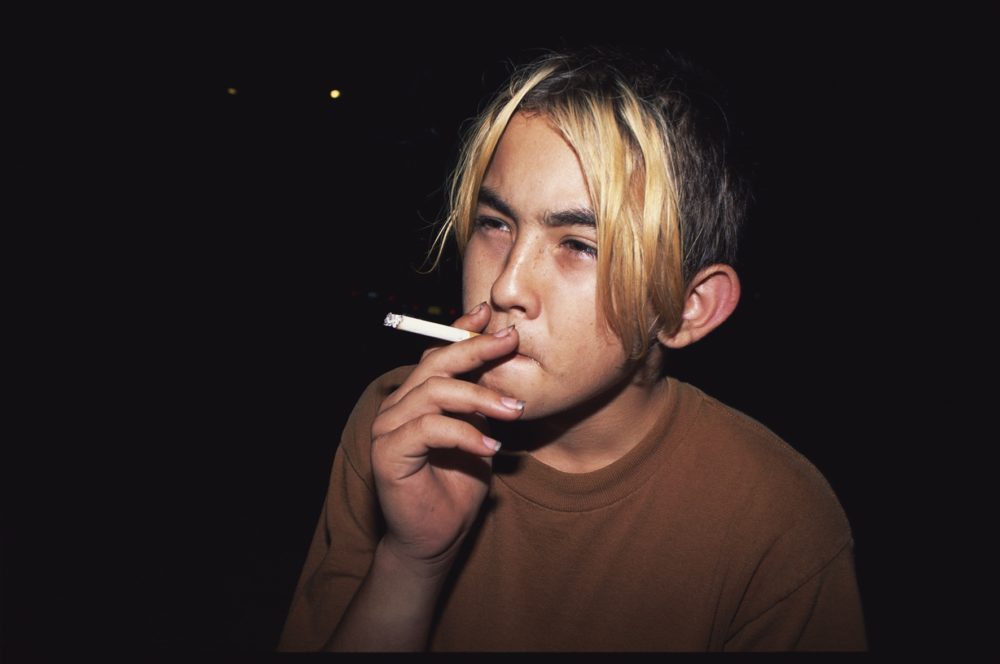 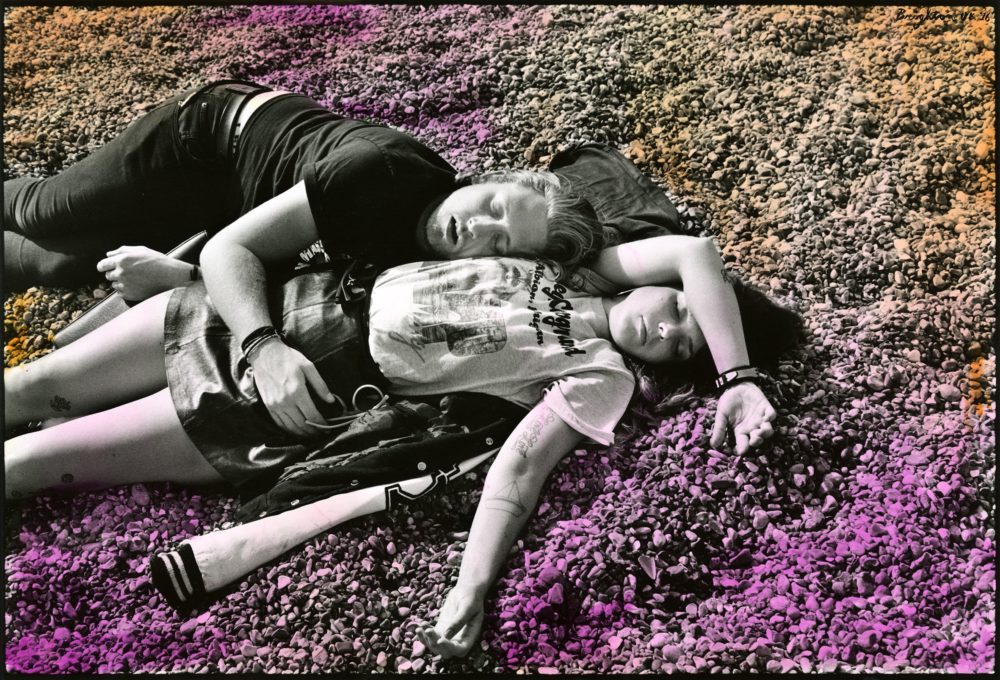 Ed Templeton Ed Templeton is one of the most influential professional skateboarders still breathing. He has avoided the multiple pitfalls of so much time spent with a useless wooden toy. Ensconced these days in the rarified atmosphere of his status as an internationally renowned artist and photographer, he rides out with his long term partner Deanna (also a ridiculously talented photographer) from their home in Orange County’s Huntington Beach on regular artistic explorations. For Ed the planet is home. As a pro skateboarder it was always so. He grew up riding the rails of the skate industry. In the early days it was the duck and the dive and the bob and the weave of the pro tour that fuelled his documentary impulse. Ed is sharp-eyed; he is quietly observant; is eloquent and unafraid to express himself fully. After all he has been boss of cult skate make Toy Machine for a couple of decades and having been hand in hand with Deanna for a couple of decades there is a security between them that seems rooted in the earth. This creative couple seem always to be simply themselves. Ed’s first book, //Teenage Smokers// (2000) was published by Aaron Rose’s Alleged Press. Two years later the art stakes were raised when he unwittingly won a $50K prize, a book deal and a show at Palais de Tokyo. Ed didn’t even know he’d entered the comp — his work had been submitted by the collector who had bought the //Teenage Smoker// series. That book, //The Golden Age of Neglect//, along with the autobiographical //Deformer// (2008) remain his best known work. 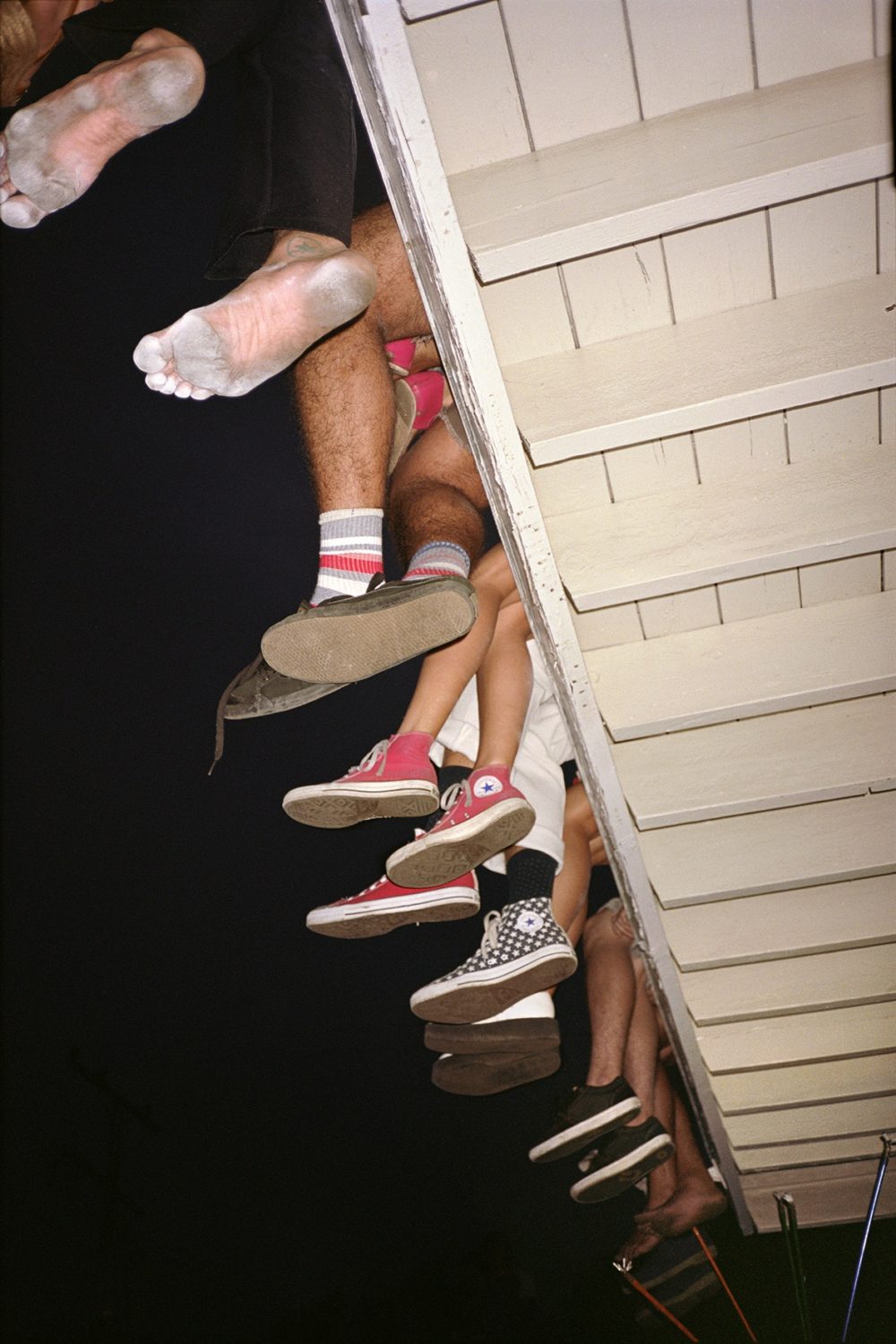 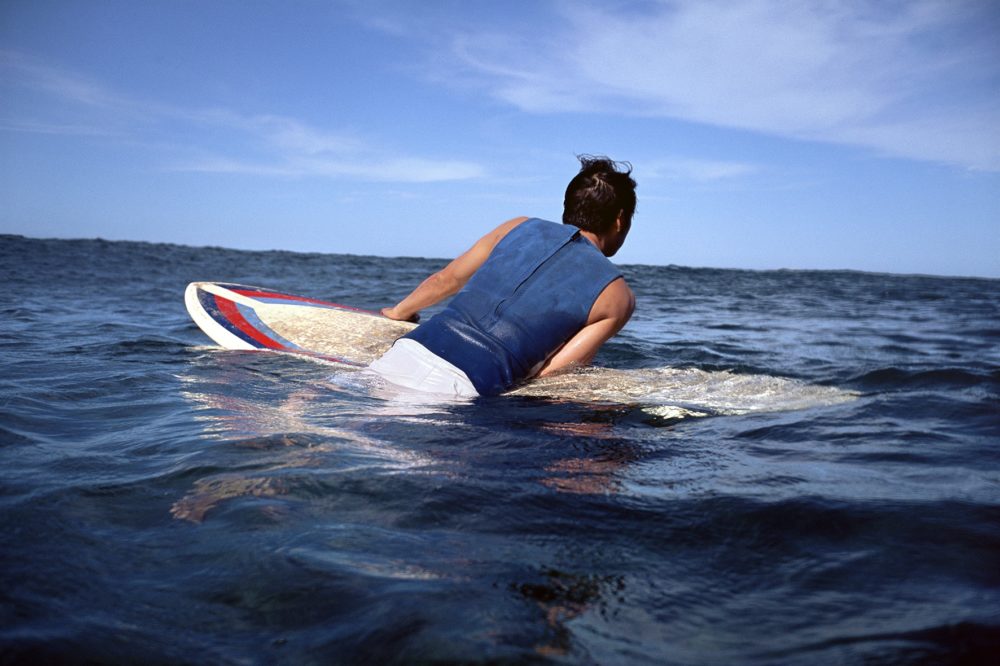 Nolan Hall Nolan Hall has spent the last few years taking a sideways glance at the surf culture that surrounds him. As part of a creative SoCal community gathered around the beach with surfer -artists such as a Andy a Davis and Alex Knost as his collaborators and partners in aesthetic crime, his look at the culture of wave riding was always going to be suitably tweaked. ” I like to experiment here and there,” he told Surfer magazine recently. “It’s a little scary when you think you have some good stuff on a roll of film. You’re never going to be completely satisfied with what you create.” Shooting film has unique challenges as opposed to shooting digital but Nolan has used these challenges to his advantage. “When you’re going through your shots you have a tendency to disregard the details in a moment… and then you might revisit a roll a year later and you think, ‘that’s a really cool photo’…” 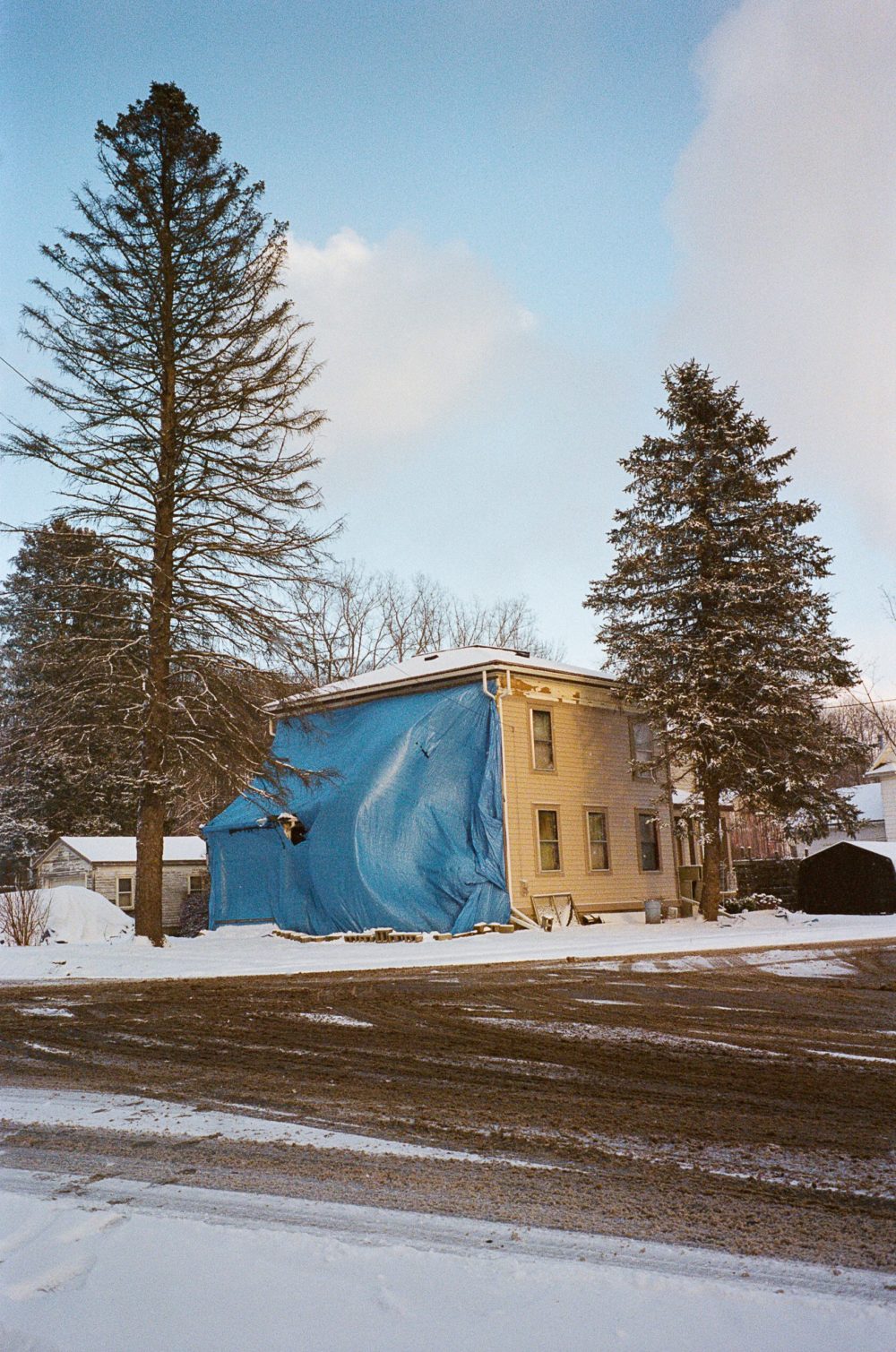 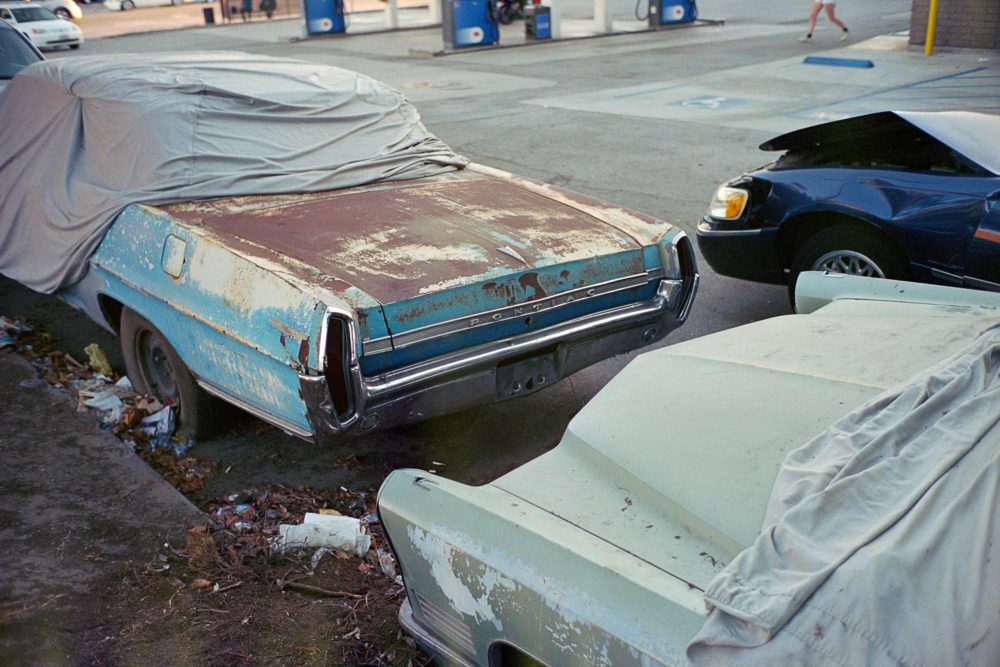 Clint Woodside Clint Woodside founded the Deadbeat Club as a small independent publishing imprint in 2012, and from there it grew into the DIY powerhouse it is today. Originally from Buffalo New York, his film-based photography finds the spectacular and intriguing in the apparently mundane. Right from the start of his career he used the medium of print and ink. “Zines are for me a democratic way of sharing various media,” he says. “Sometimes it is photos, sometimes it is writing, sometimes it is drawings. It’s just a low cost, printed, tangible object that anyone can make.” Clint has published a number of more mainstream books that sell in the art market. How, we wondered, does the work he puts out in zines relate this more mainstream stuff? “I use zines as a way to help sketch out all my work”, he says. “I think my work is best looked at in book form… so I will often make a zine for a show I have. Or while working on a larger body of work to have an understanding of what I have so far, what’s missing, and if the overall concept is coming together.” And is paper and ink always better than pixel and screen? “I try not to be a man of absolutes,” he says. “I really do love holding a book in my hand and turning a page a whole lot more than flicking a finger or scrolling a mouse. But then again…” 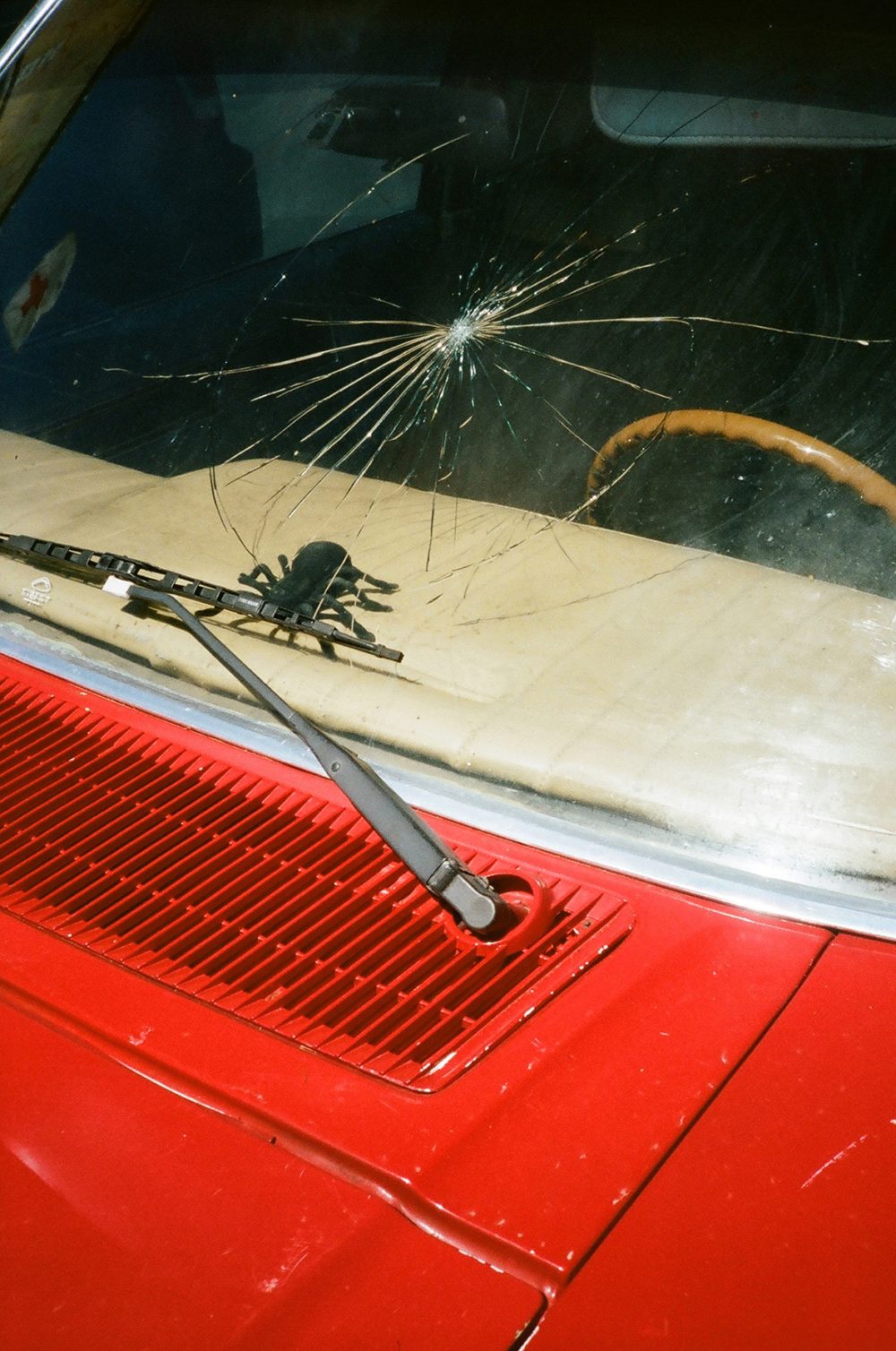 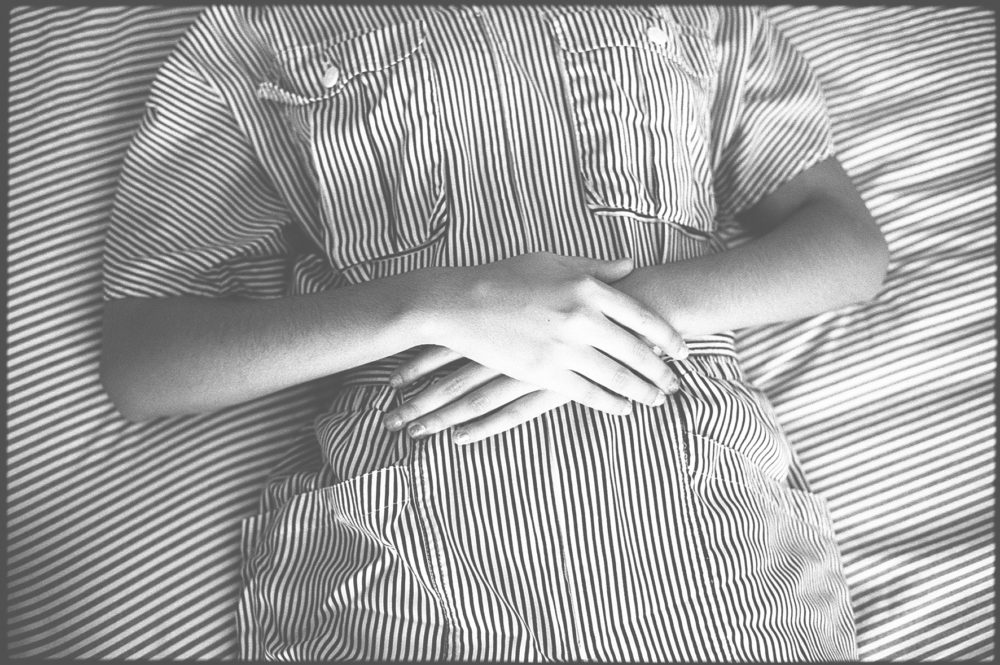 Grant Hatfield Grant Hatfield grew up with skaters and surfers in Temecula, California. “The place was conservative. It was an urban sprawl. There were lifted trucks everywhere,” he says. But as often happens in these sorts of places, there was a countercultural backlash. And Grant was part of it. “My skateboarder and surfer friends were unpredictable figures who rejected ‘normal life’ to go wherever the wind took them,” he says. Grant’s photography carries the air of immediacy that comes from that sort of life. “I’m inspired by the greats, such as Henri Cartier-Bresson and Elliott Erwitt, he says. “I try to capture the fleeting moments.” But as well as documenting the peripatetic life of SoCal, the work in zines has often focussed on abstract moments, unexpected collisions of colour and angles. And what happened the first time he got drunk? “I drank a bunch of champagne at a friend’s graduation party. I started spinning super hard so I went and laid down in a bedroom. Then my friend came in with his girlfriend and boned in the bed next to me thinking I was passed out.”