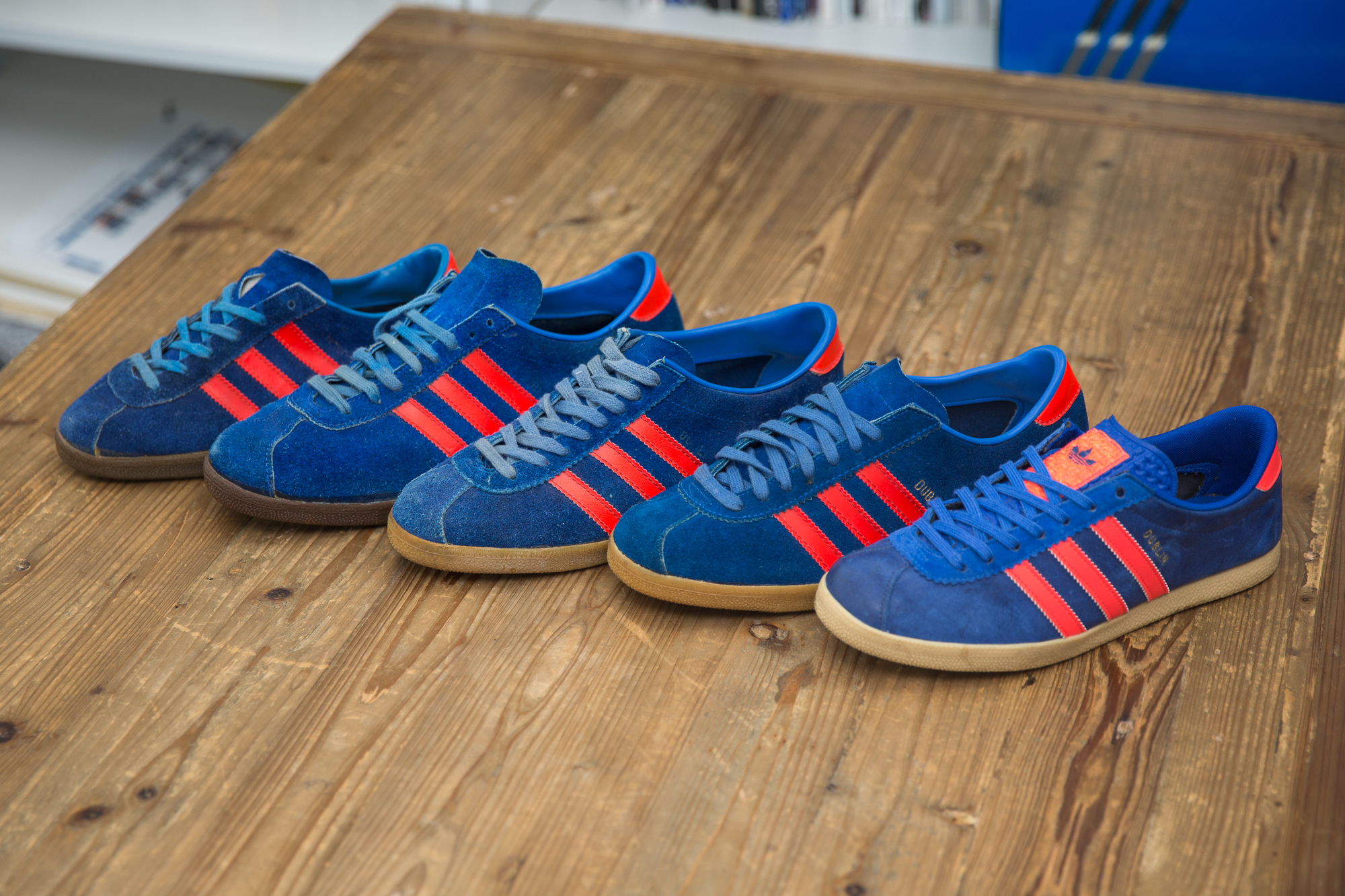 So this is the release we know a lot of you have been waiting for. The coveted adidas Originals Dublin is finally making a return to the spotlight, and we're pleased to be the exclusive retailer to help bring it back out of the archive. Many of you will be aware there have been many renditions of the City Series classic released over the years, so we've pulled in some favours (thanks to Gary Aspden and Jon Guite!) and had a dig into our own collections to show you a few of the older versions, and how the shoe has slowly altered through each release. The original Dublin first released in 1976, as a part of the much lauded after adidas Originals City Series. For those who've not encountered the collection before, the City Series was a substantial range of lightweight training shoes, with each named after a European city initially. This series eventually evolved to include exotic islands and cities across the pond, and others incorporated colourways significant to their namesake. Across the series, certain base silhouettes were sometimes replicated for different cities, with the Dublins slim shape also used on the London, Berlin and Köln. Throughout the late 1970's and early 80's, manufacturing for footwear took place in various factories across Europe prior to moving overseas to Asia. These pairs are now incredibly sought after as they almost serve as a backbone to the brand, so it's only right that a serious City Series collection should include an original European pair of some sort! The labelling on these earlier releases is extremely minimal, so to put an exact manufacturing date and year to each is a bit of a struggle. From what we can gather, the first four pairs are all from the very early days of the Dublin's production due to their European labelling. Three of which were made in Romania, and one was made in Yugoslavia. 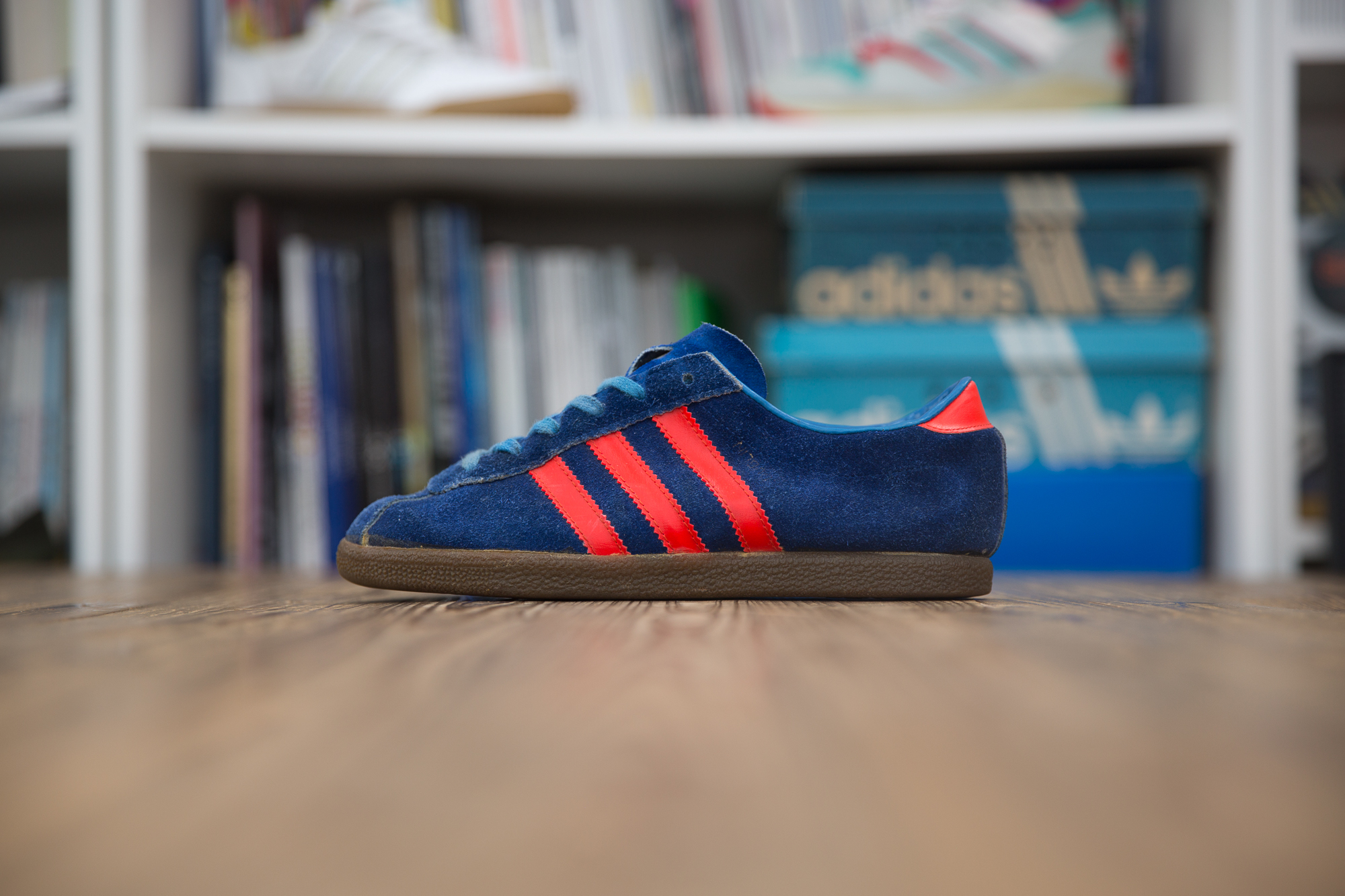 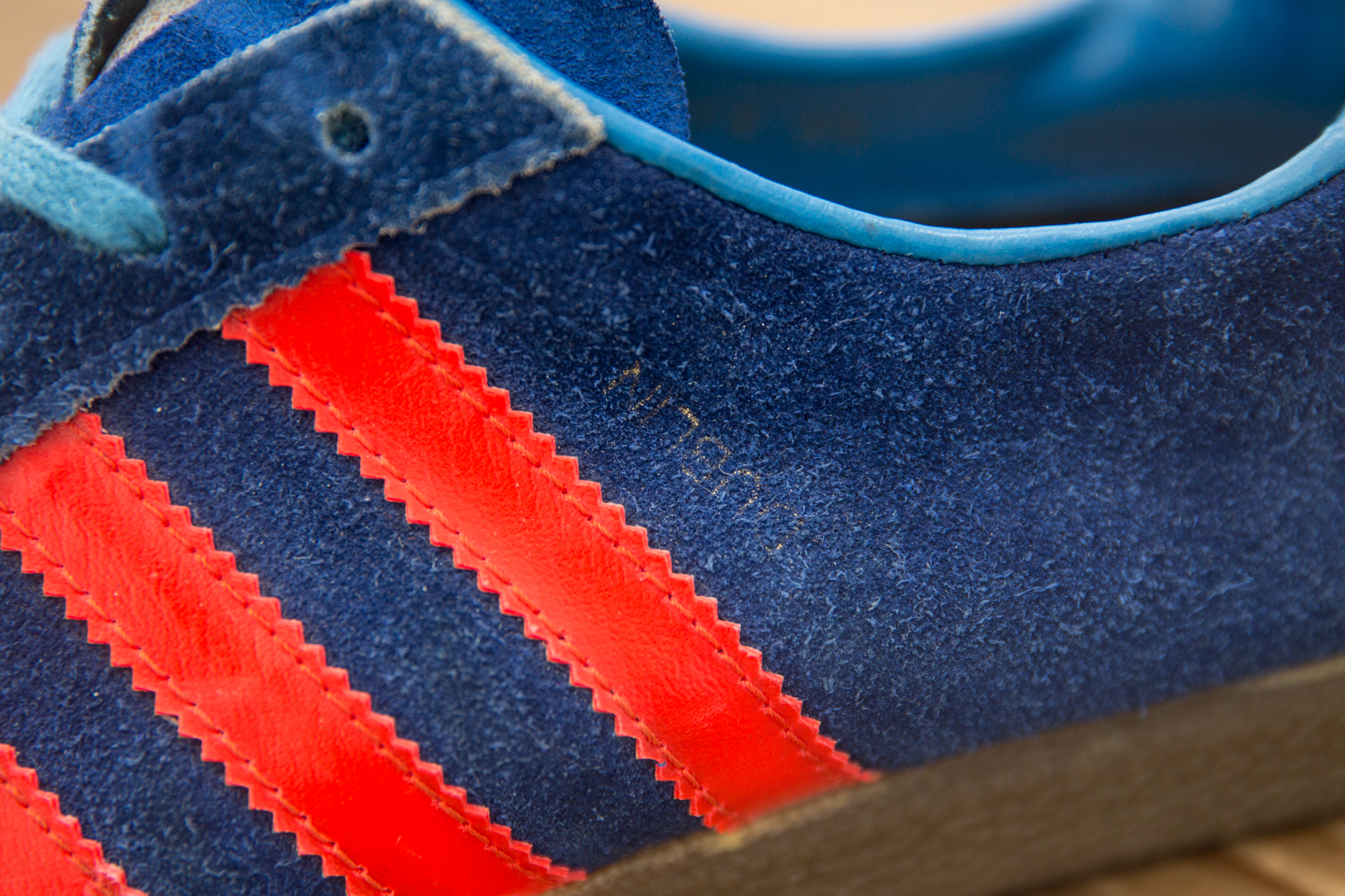 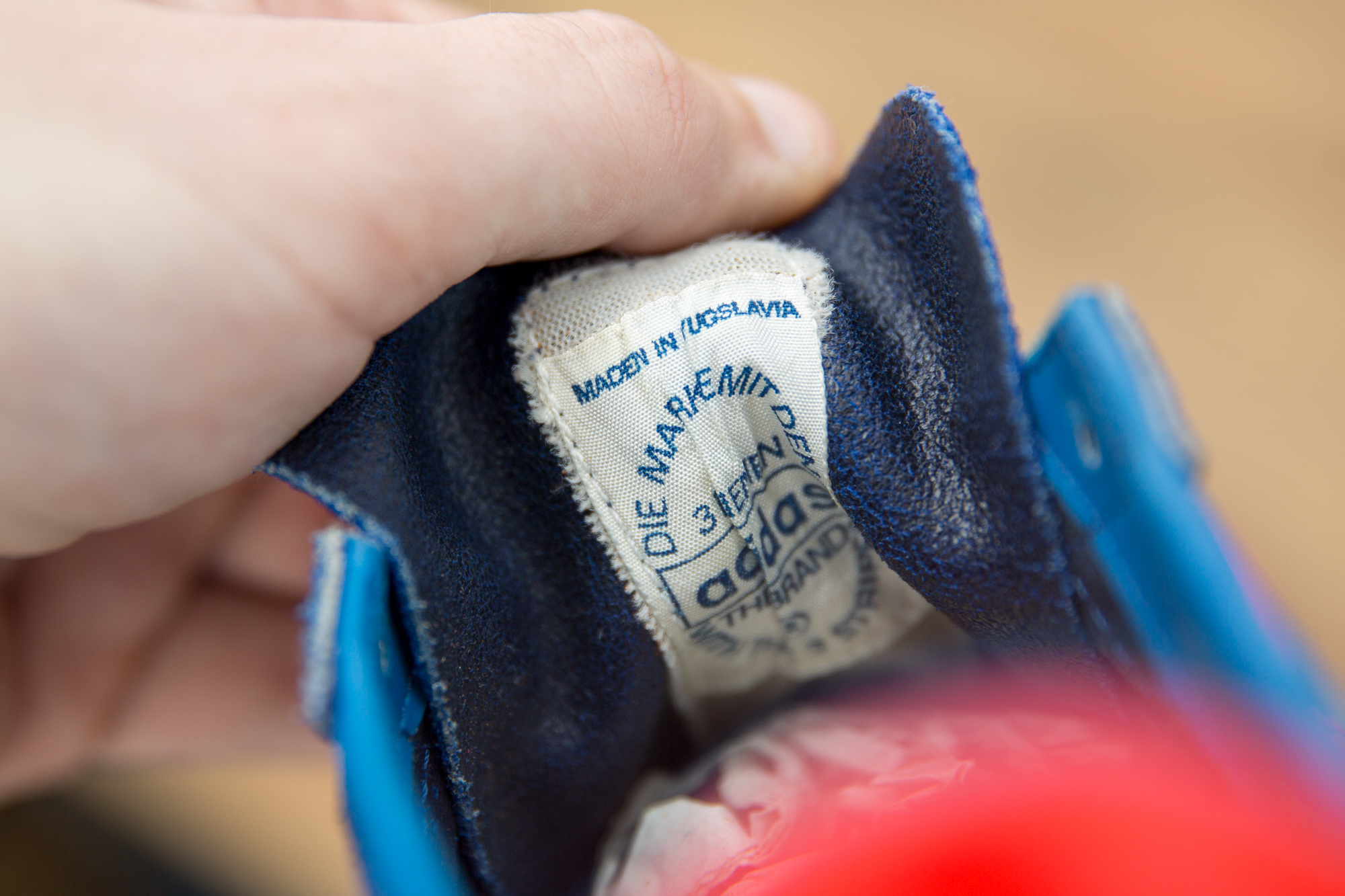 adidas Originals Dublin - Made in Yugoslavia - Late 1970's? This Made in Yugoslavia pair of Dublin was found by one of our Head Office staff in a vintage shop in Manchester, a completely unexpected find and luckily it fell into an appreciative pair of hands! It's hard to find out much information about these aside from the tongue label. Along the leather sockliner there is a small gold foil code which will have some sort of meaning to someone in the know. Another interesting detail on this pair is the fact that on one side, the signature Dublin insignia was actually printed upside down! We've no idea if they ever made it to retail, slipping through a quality control check possibly. It's a nice little pair to have in the collection regardless. 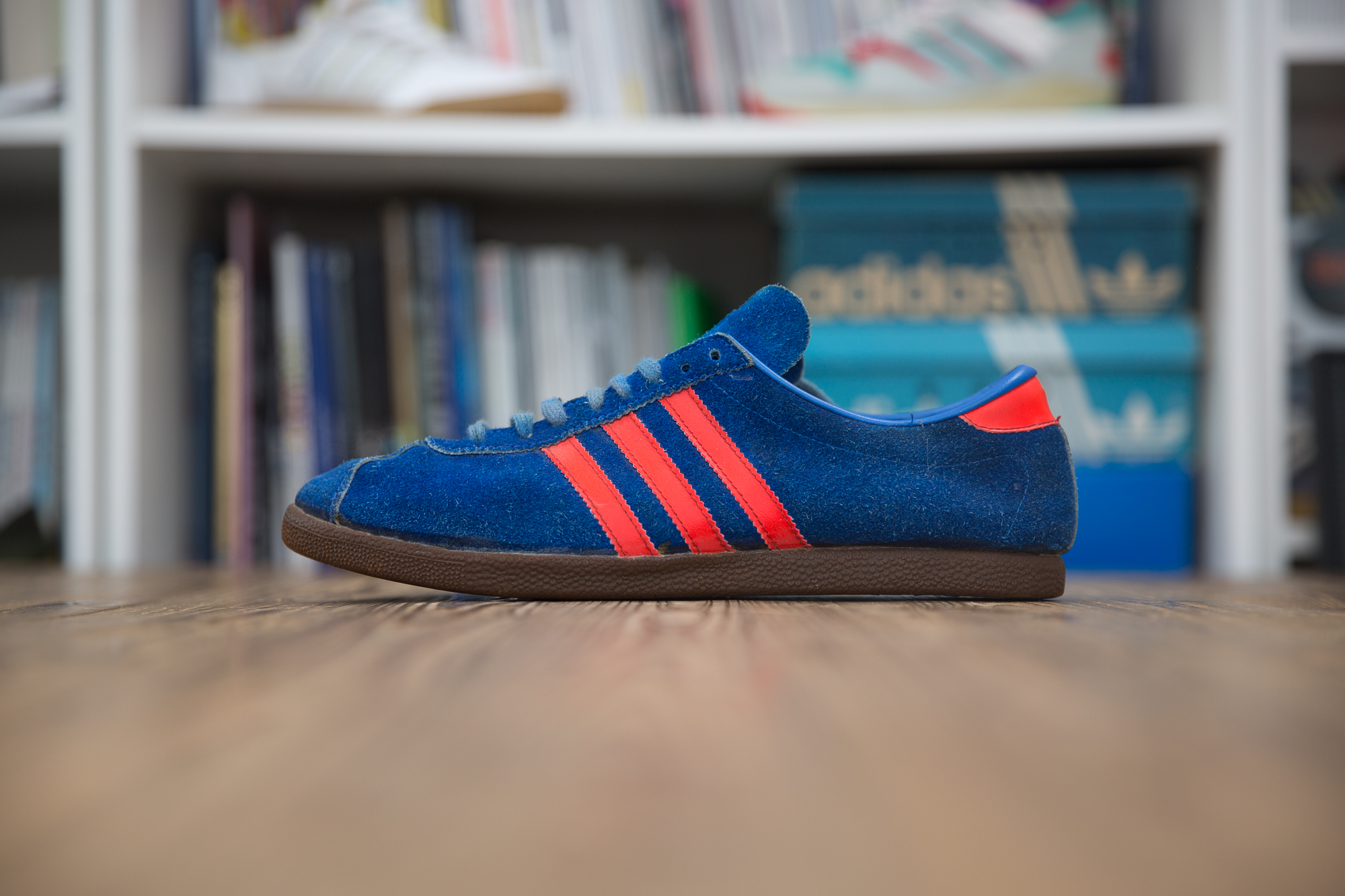 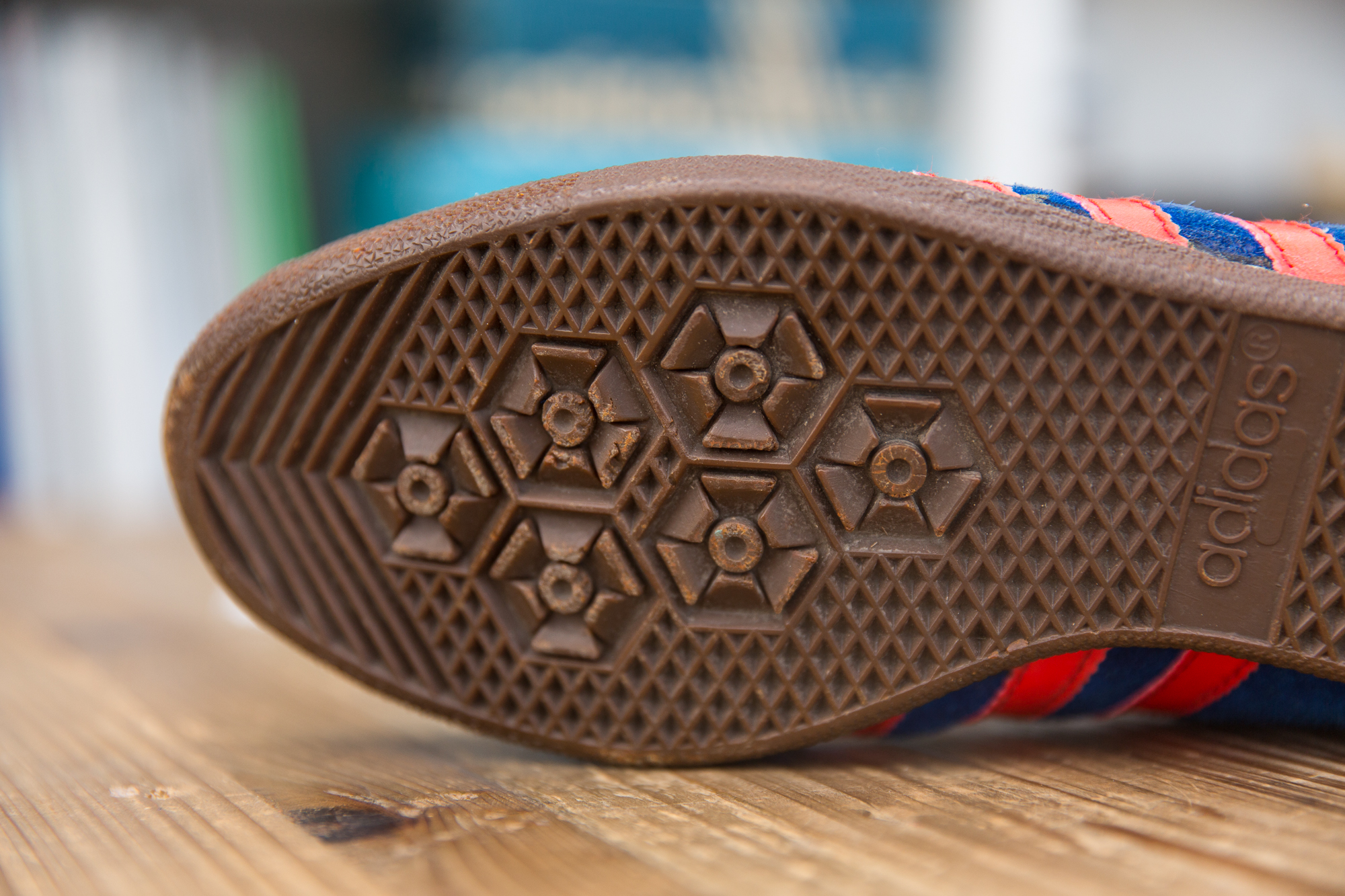 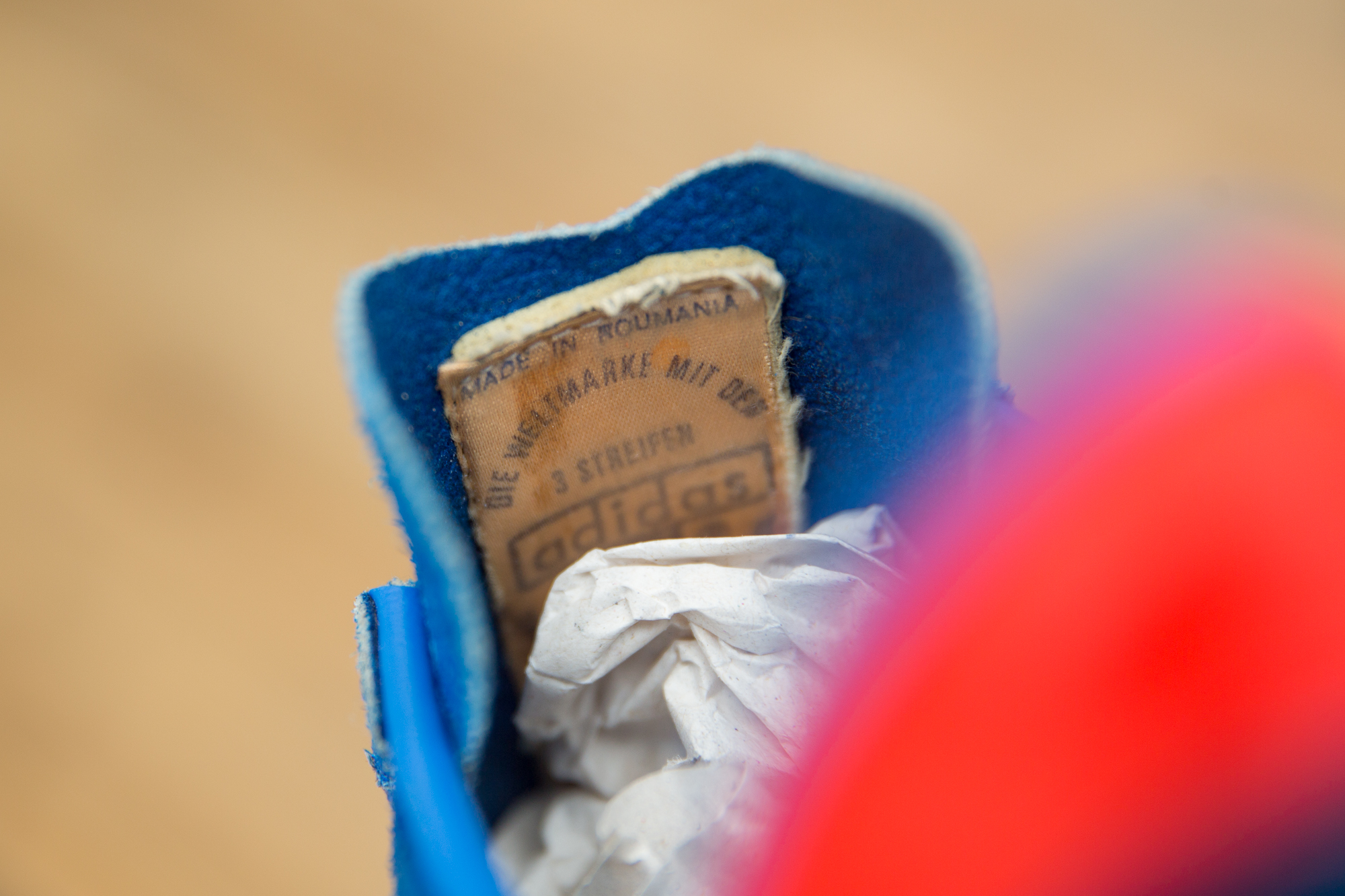 adidas Originals Dublin - Made in Romania Looking at each of the three Made in Romania pairs, you can see many differences in material and it's usage. The everpresent gum midsole unit varies from pair to pair, starting off as a much darker colour and slowly getting lighter as the years go by. For the most part the suede has stayed pretty much the same throughout, maybe slightly darker in earlier issues but it's very hard to tell due to the production process of dying suede. 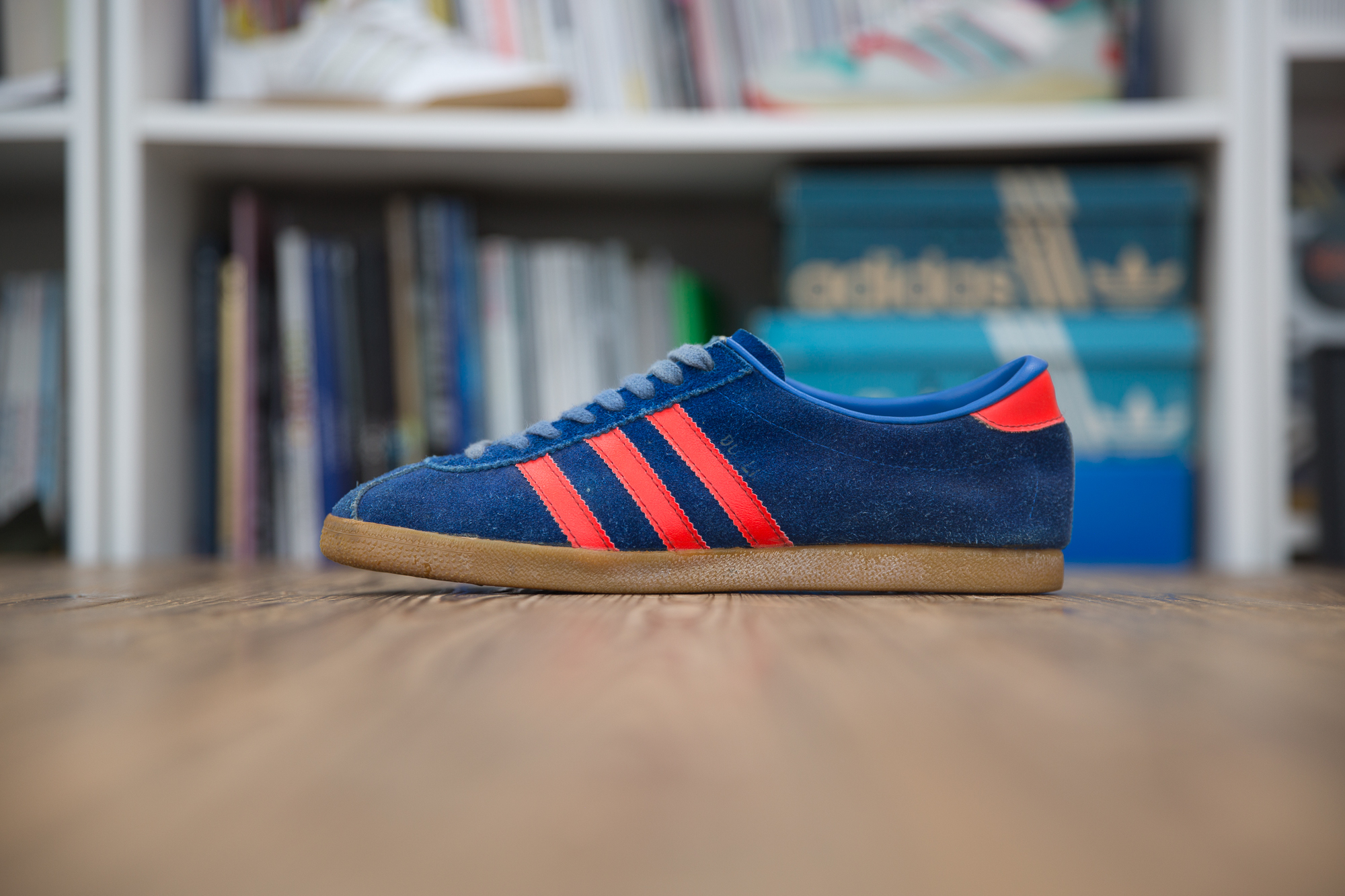 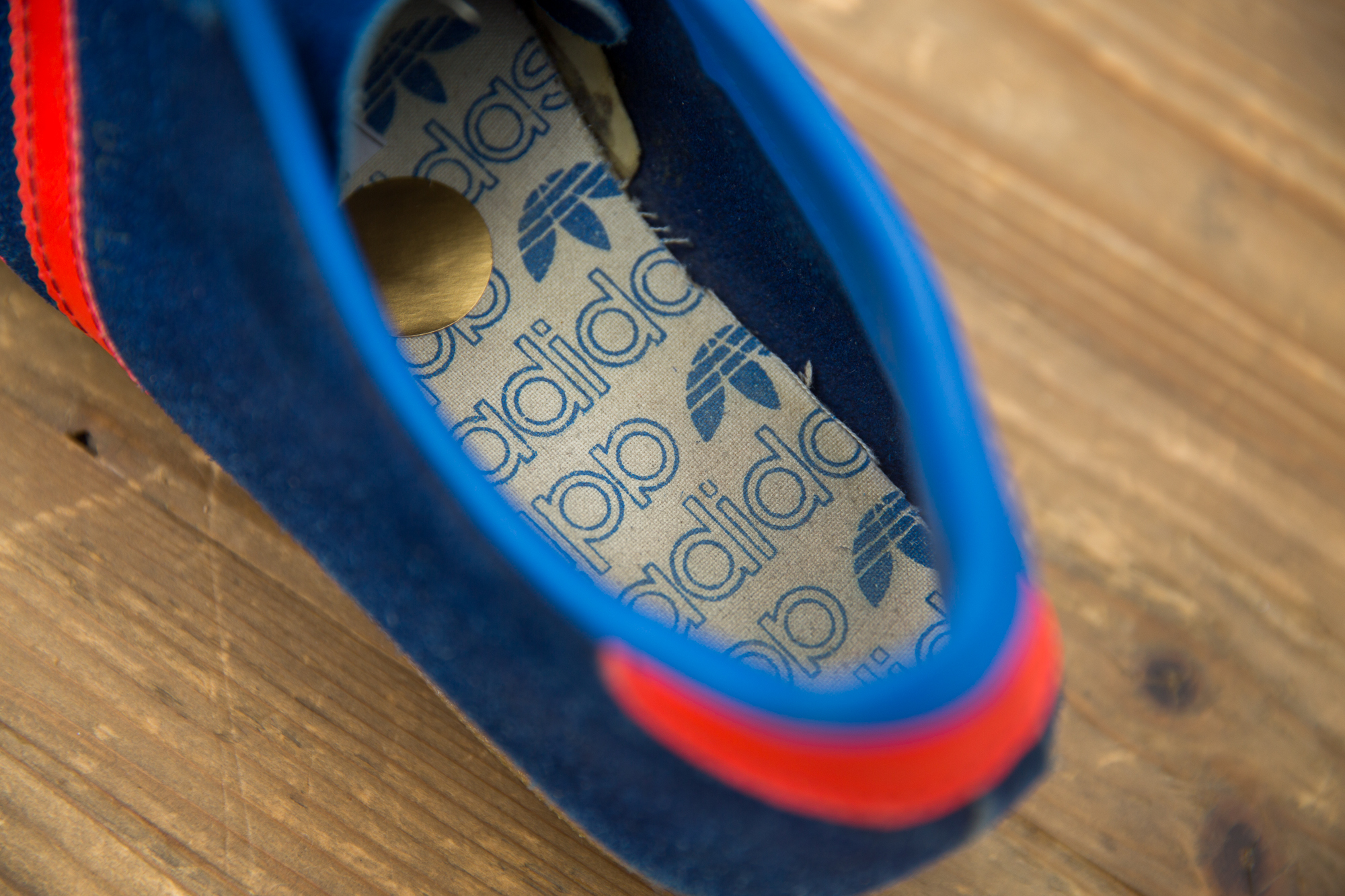 adidas Originals Dublin - Made in Romania Although maybe not as obvious as some of the upper changes, between each of the pairs you can also see variations in the printing of the insole graphic. Each time either the printing method is slightly altered and the ink used to screenprint is a different hue. The letterforms are probably the biggest noticeable difference, with each outlined letter changing form dependent on the year. 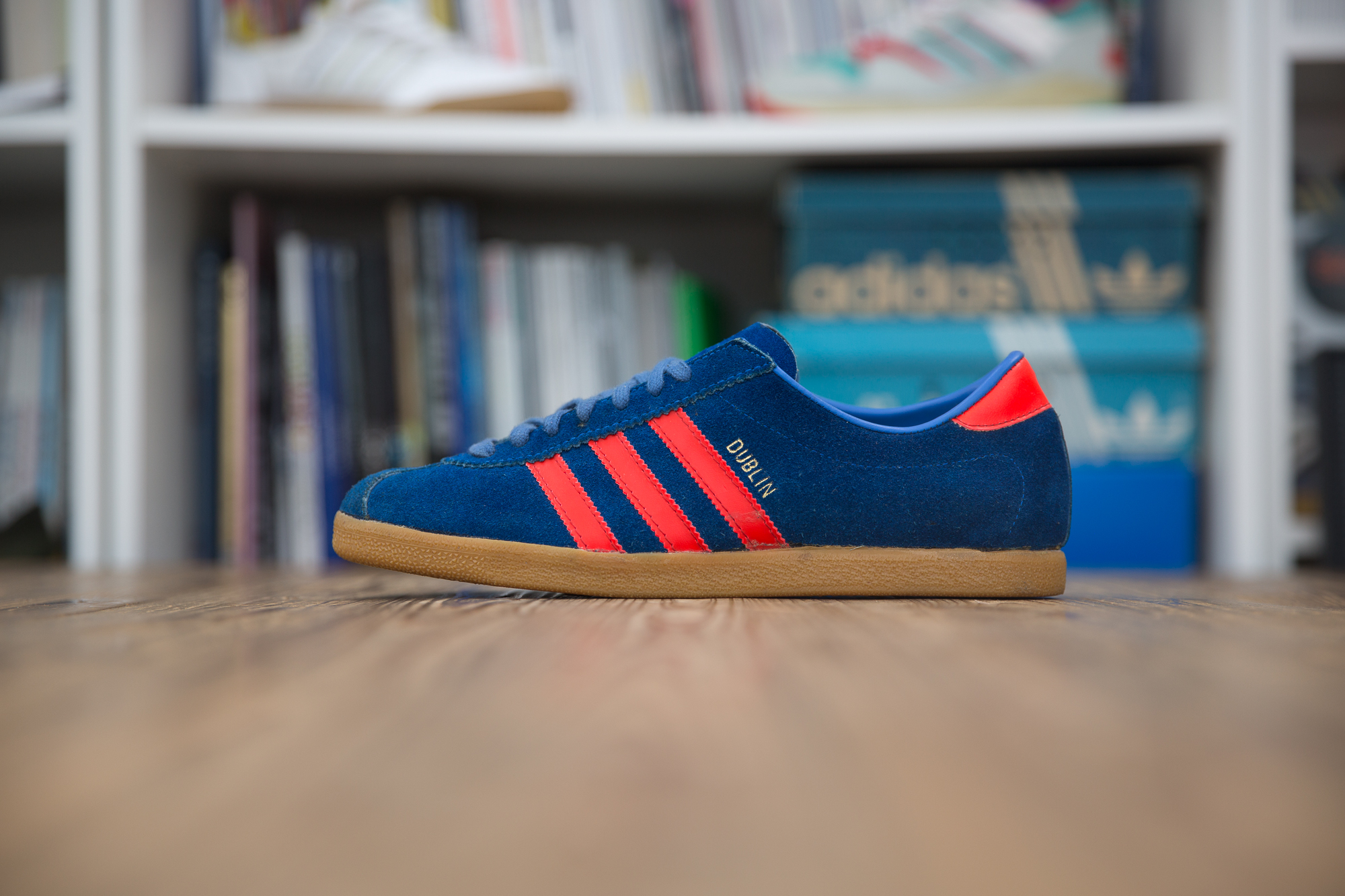 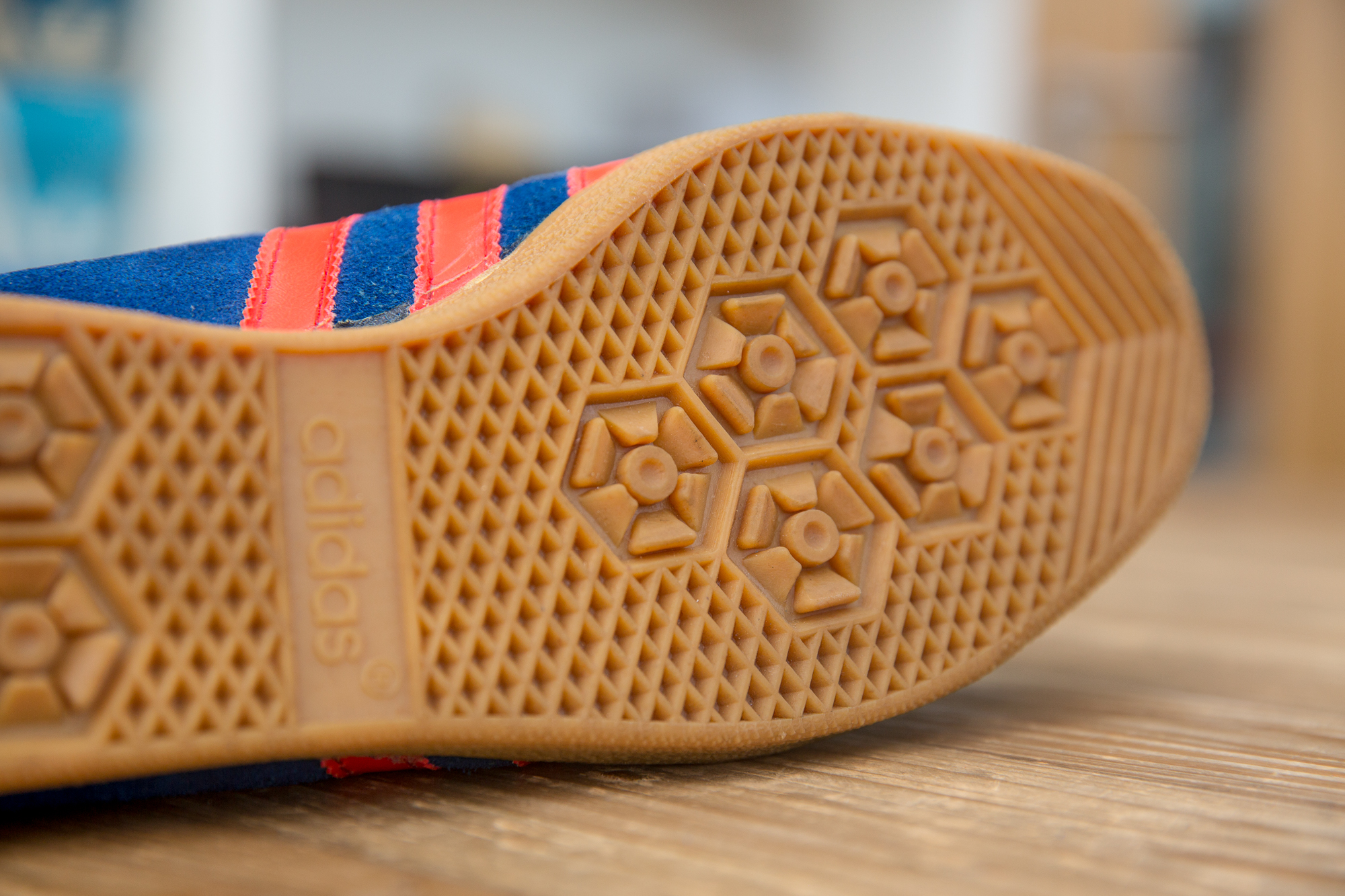 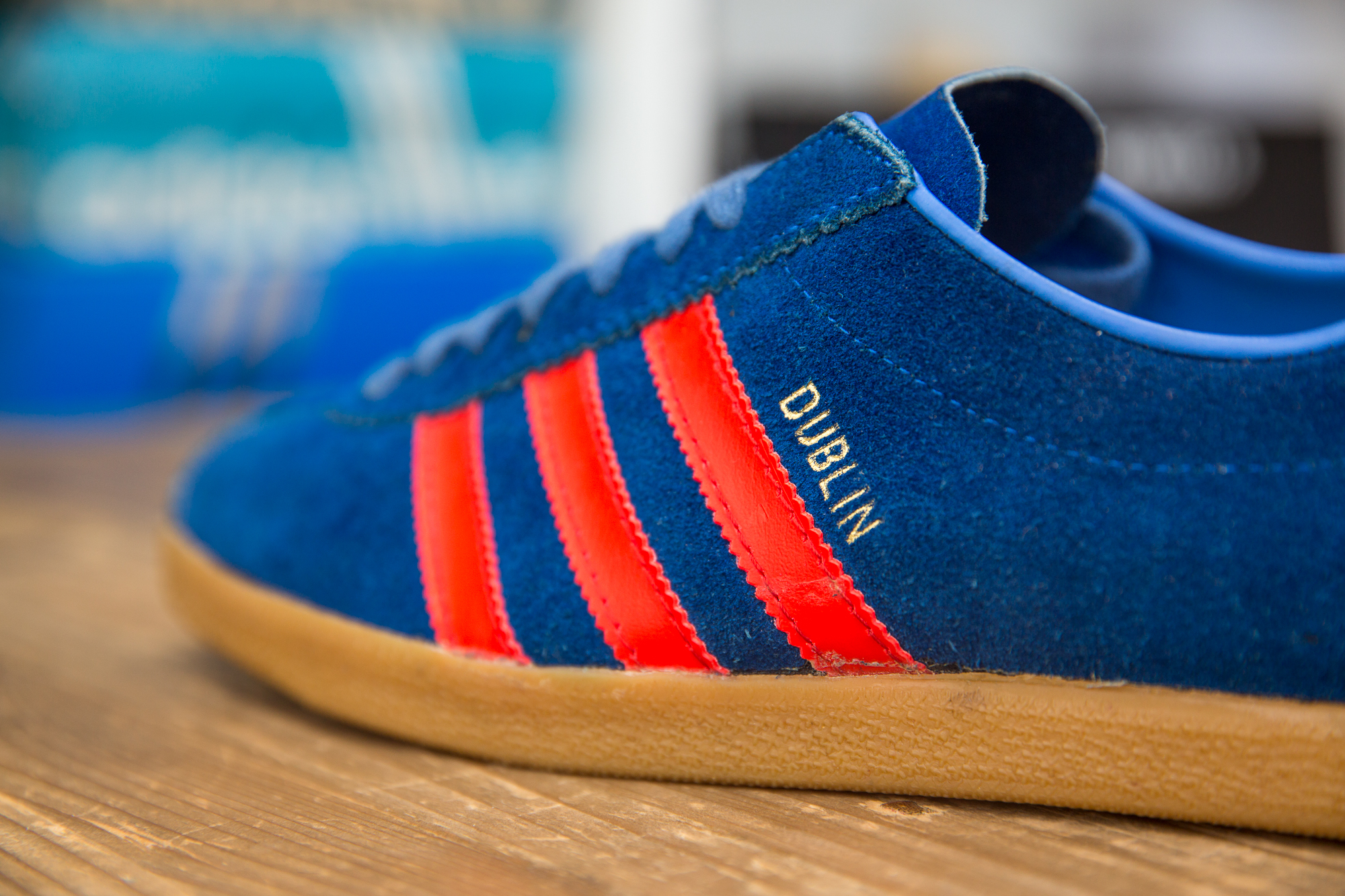 The gold insignia process appeared to improve through development, the debossing became more pronounced in order to hold the gold ink which would have been printed over the top. As you can see some of the earlier pairs are barely visible after taking a beating from constant wear. Nowadays these have changed into gold foil letters that sit a lot more comfortably on top of flat leather or suede. 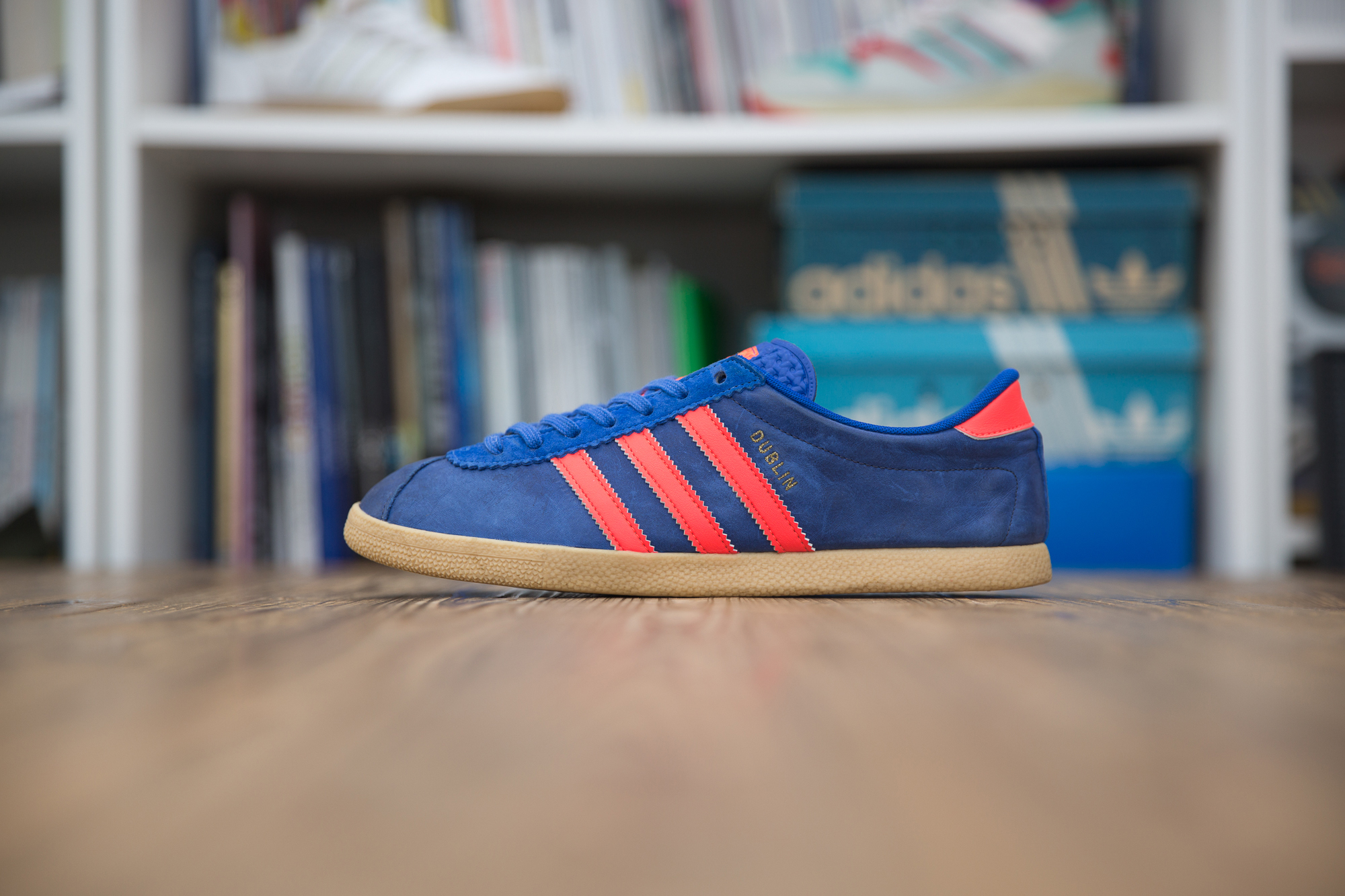 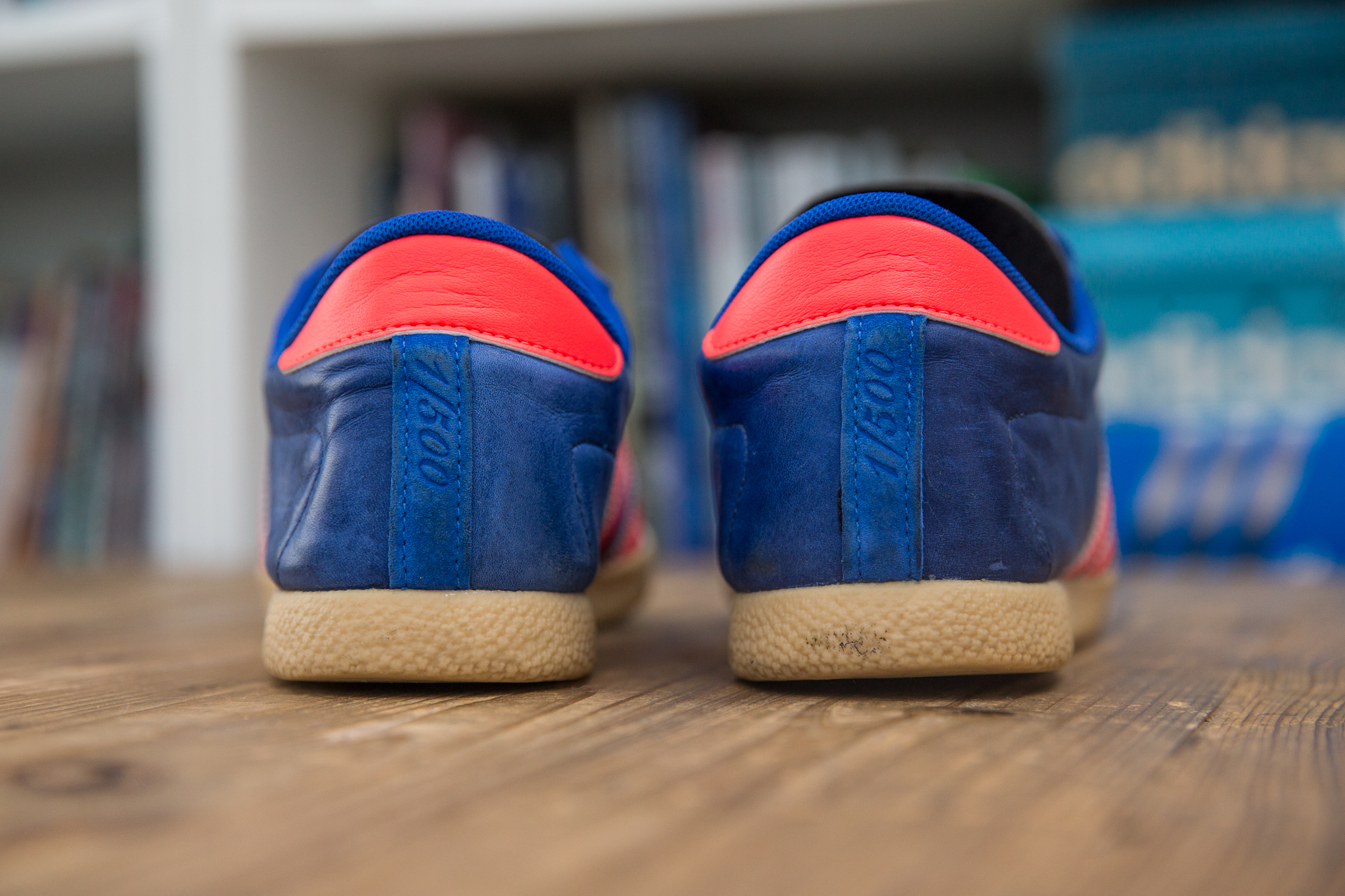 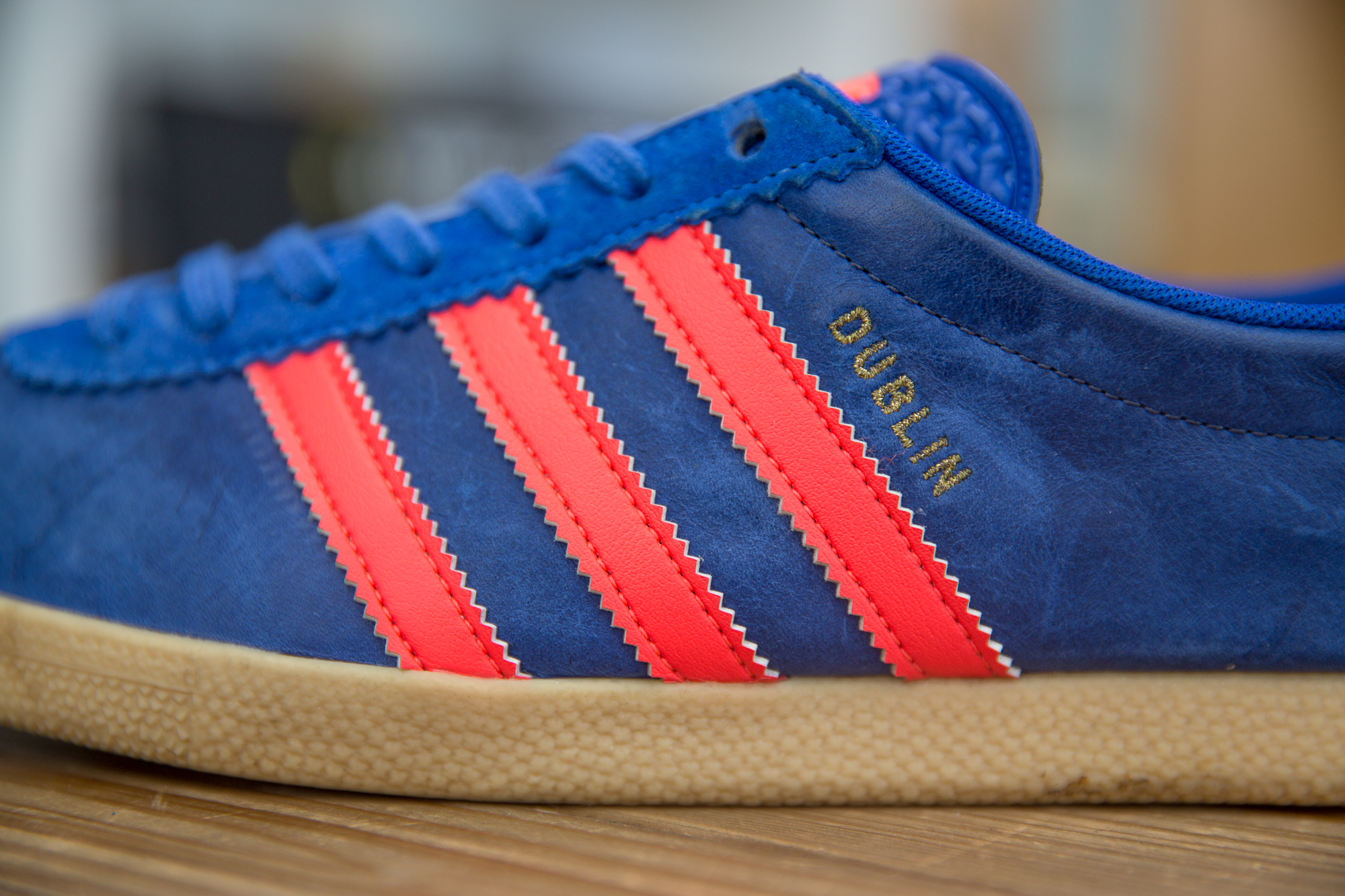 size? x adidas Originals Dublin '10 Year Anniversary' Collection - 2010 Fast-forward all the way to 2010, and we're celebrating our tenth year as a retailer. Amongst the myriad of products we created with several of our favourite brands, one of the most important collections was produced in collaboration with adidas Originals to honour 10 years of working alongside them. The collection paid homage to the seminal City Series, of which we added a couple of our own renditions into the mix to commemorate some of our oldest stores. The Dublin was one of the models included, and we chose to take a slightly different approach with the design work. While the colourway stayed the same (albeit with the more vibrant infrared stripes seen since 2008) we changed out the traditional suede in place of a lightly waxed leather, and exchanged gold foil for embroidery along the sidewall. Personalising the pair a little more, we also added the '1/500' de-bossed into the heel strip. 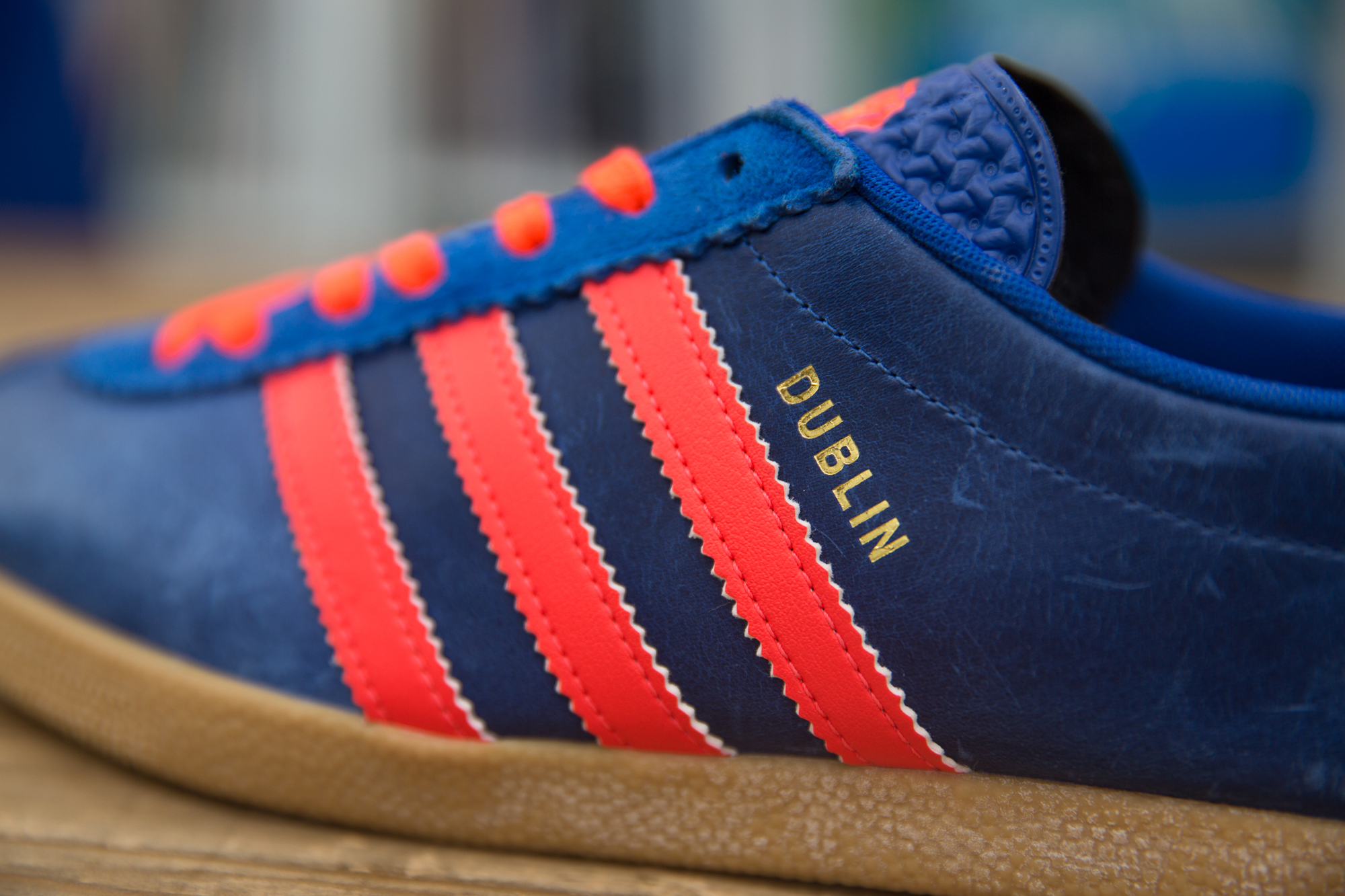 size? x adidas Originals Dublin '10 Year Anniversary' Sample - 2010 Above you can also see an early sample of the 10 Year Anniversary release. The waxed leather looks to be a lot stiffer than the released version, and as you can see from it moving from different storage areas, it begins to age quite nicely as the leather wears in more and more. The Dublin insignia was originally billed to be gold foiled, but since we were adjusting the upper material it made sense to add a few more differences to add to the shoes esteemed lineage. The size? Exclusive adidas Originals Dublin will be available through the size? Previews App and in all size? stores on Friday 17th November, priced at £85. Save Save Save Save