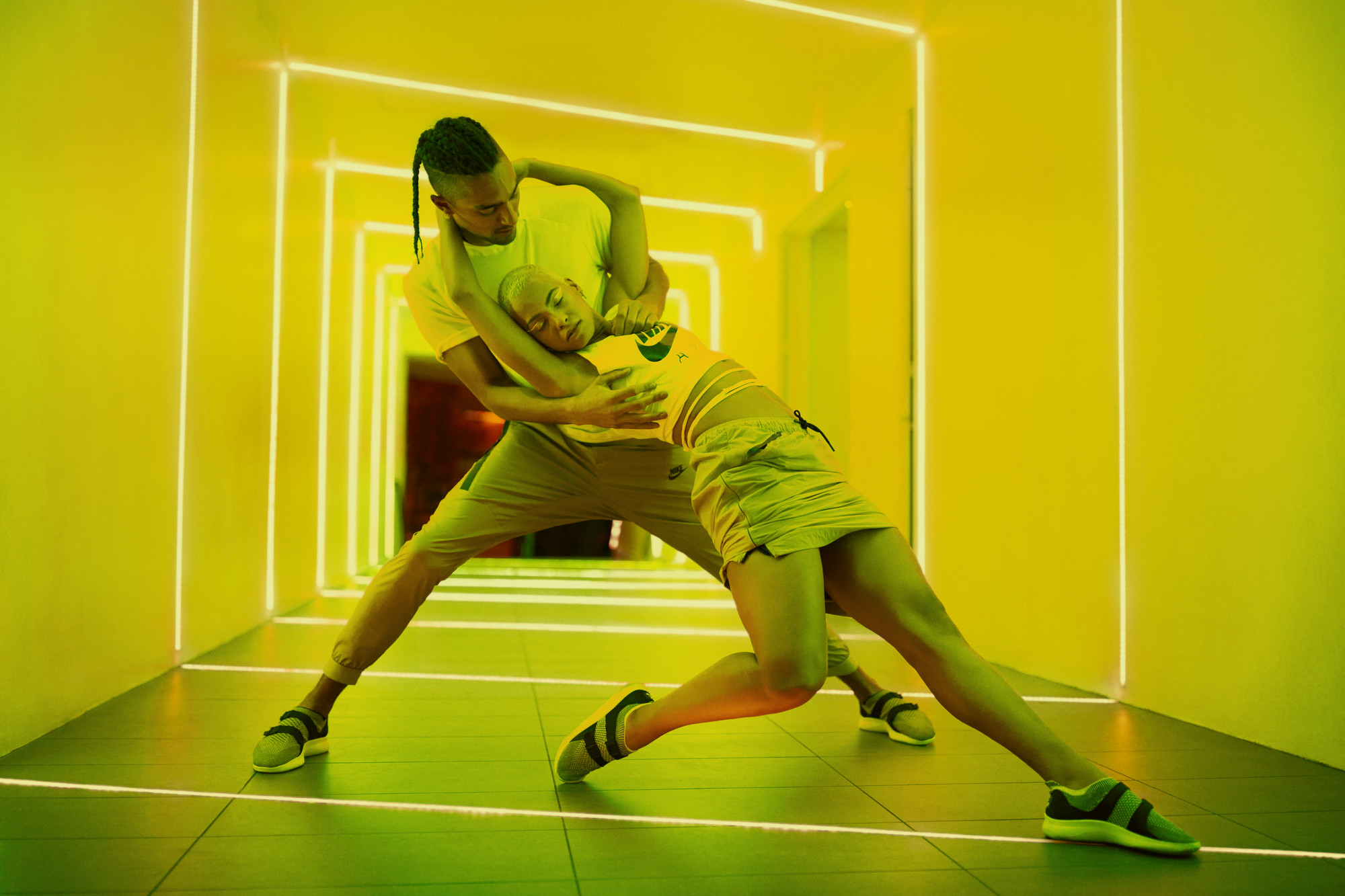 Originally released in 1986 as a marathon shoe, the laceless Nike Air Sock Racer was undoubtedly ahead of its time, paving the way for Nike innovations that would impact sport beyond running. It see's a welcome return for 2017, updated in full Flyknit and with the addition of a flexible Free sole unit. 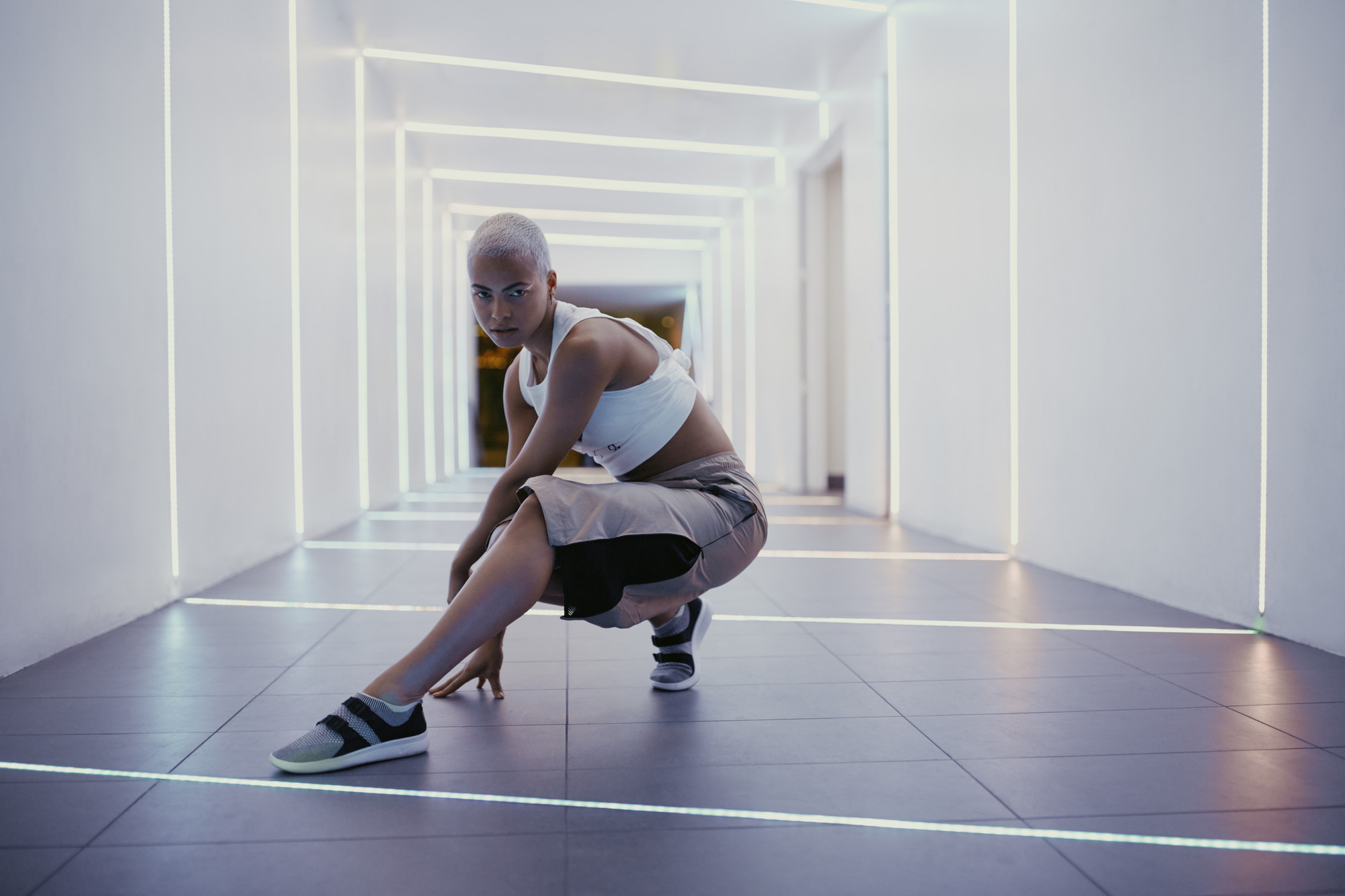 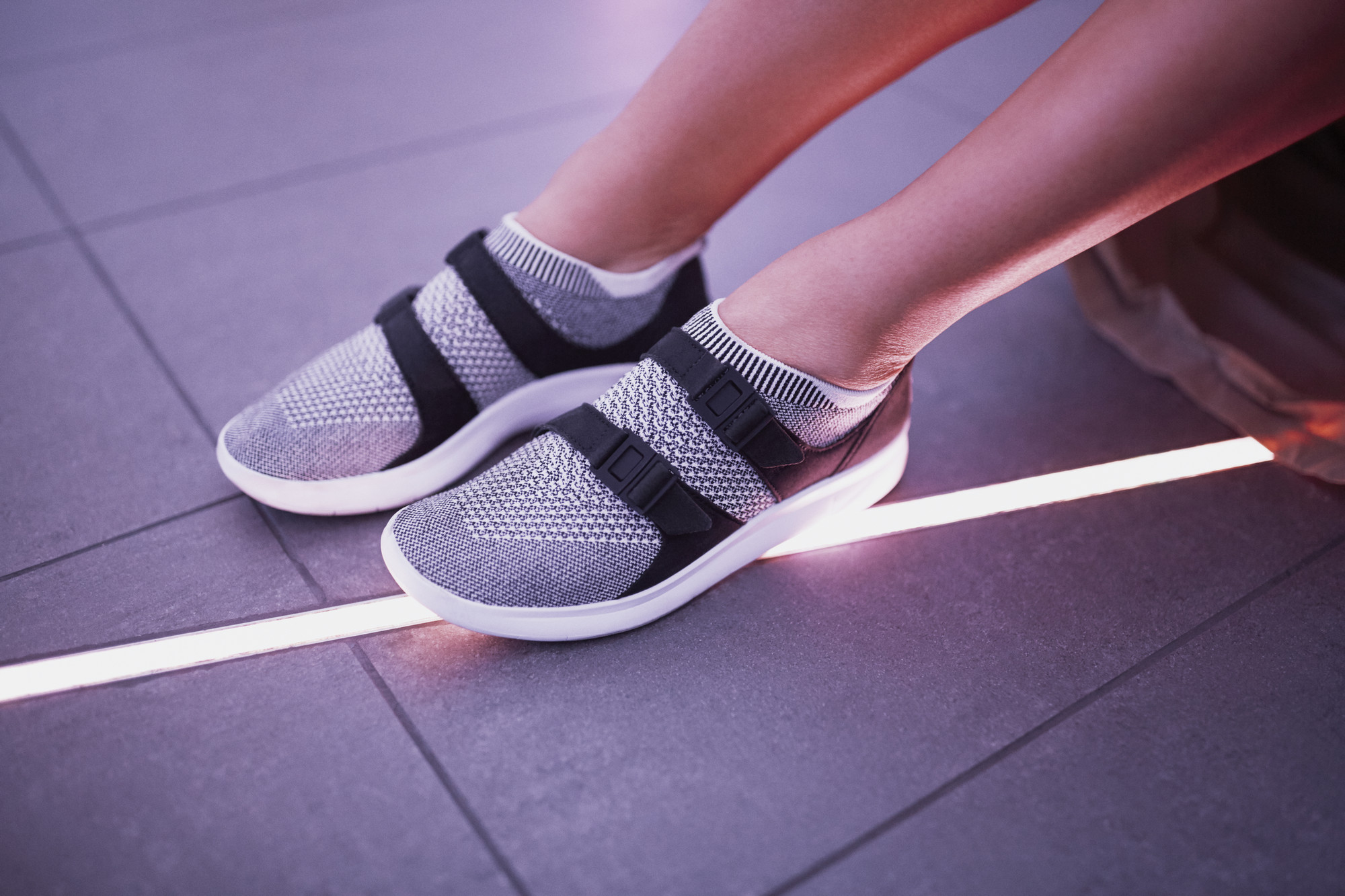 We're big fans of an eccentric shoe at size?, and the original Sock Racer definitely ranks highly in the realms of weirdness. Debuting in 1986 as a super-lightweight alternative to other heavy duty marathon shoes of the era, the elasticated upper and strap system helped shed those extra pounds that are key to improving performance. Somewhat of an early innovator in it's own right, it's material swatch and flexibility helped pave the way for both Free Midsole construction and Flyknit technology two decades prior to their existence. 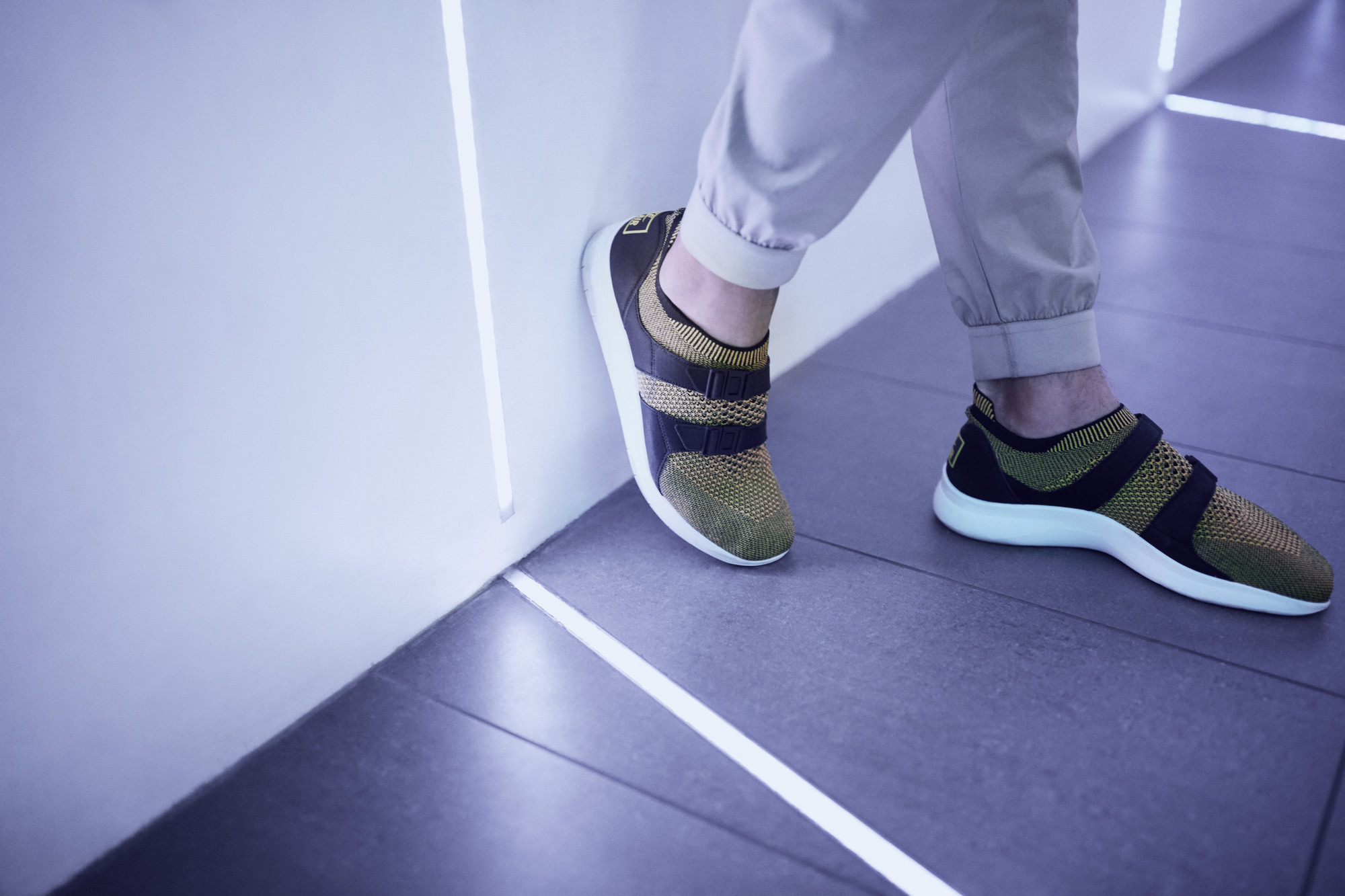 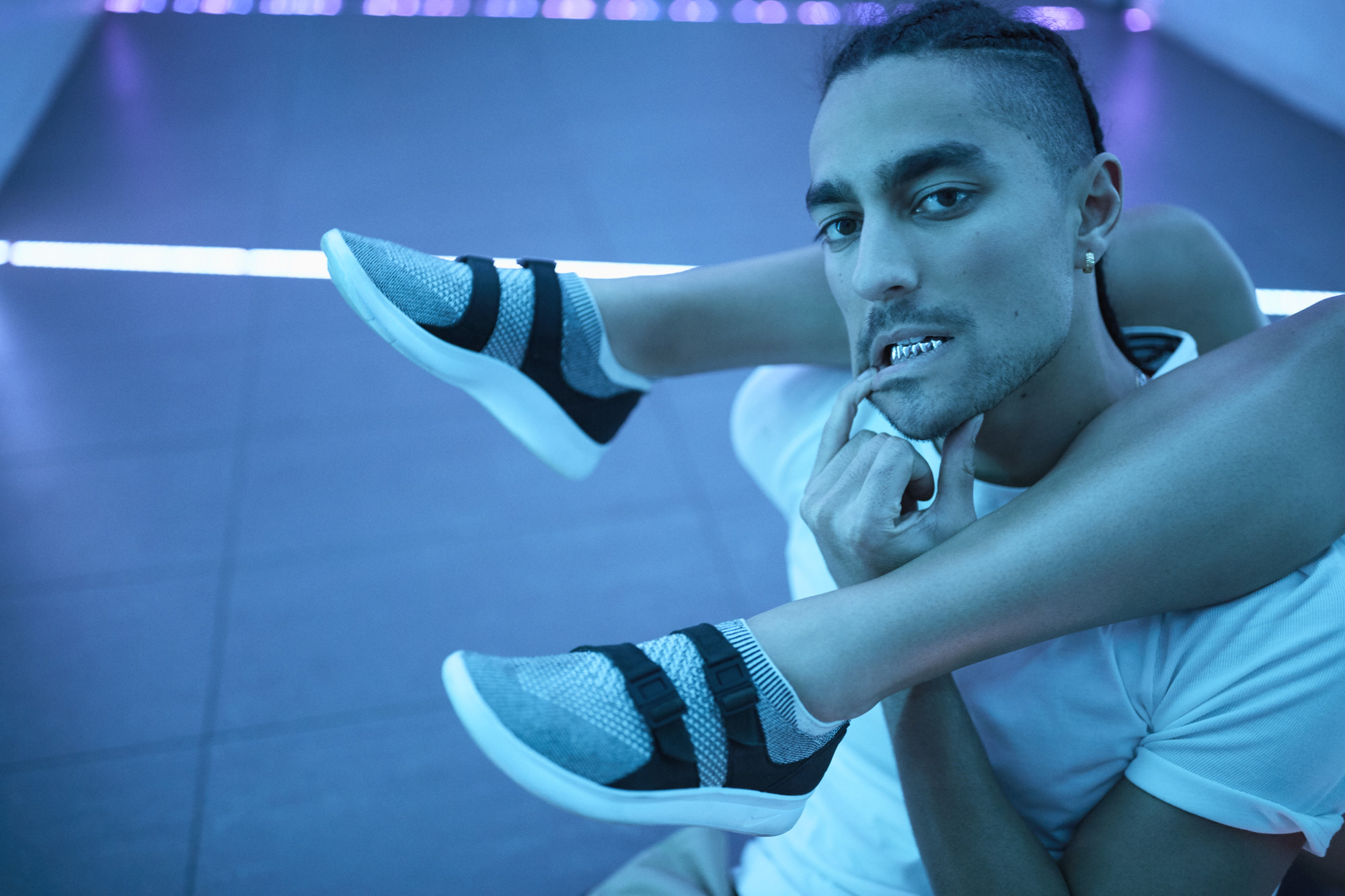 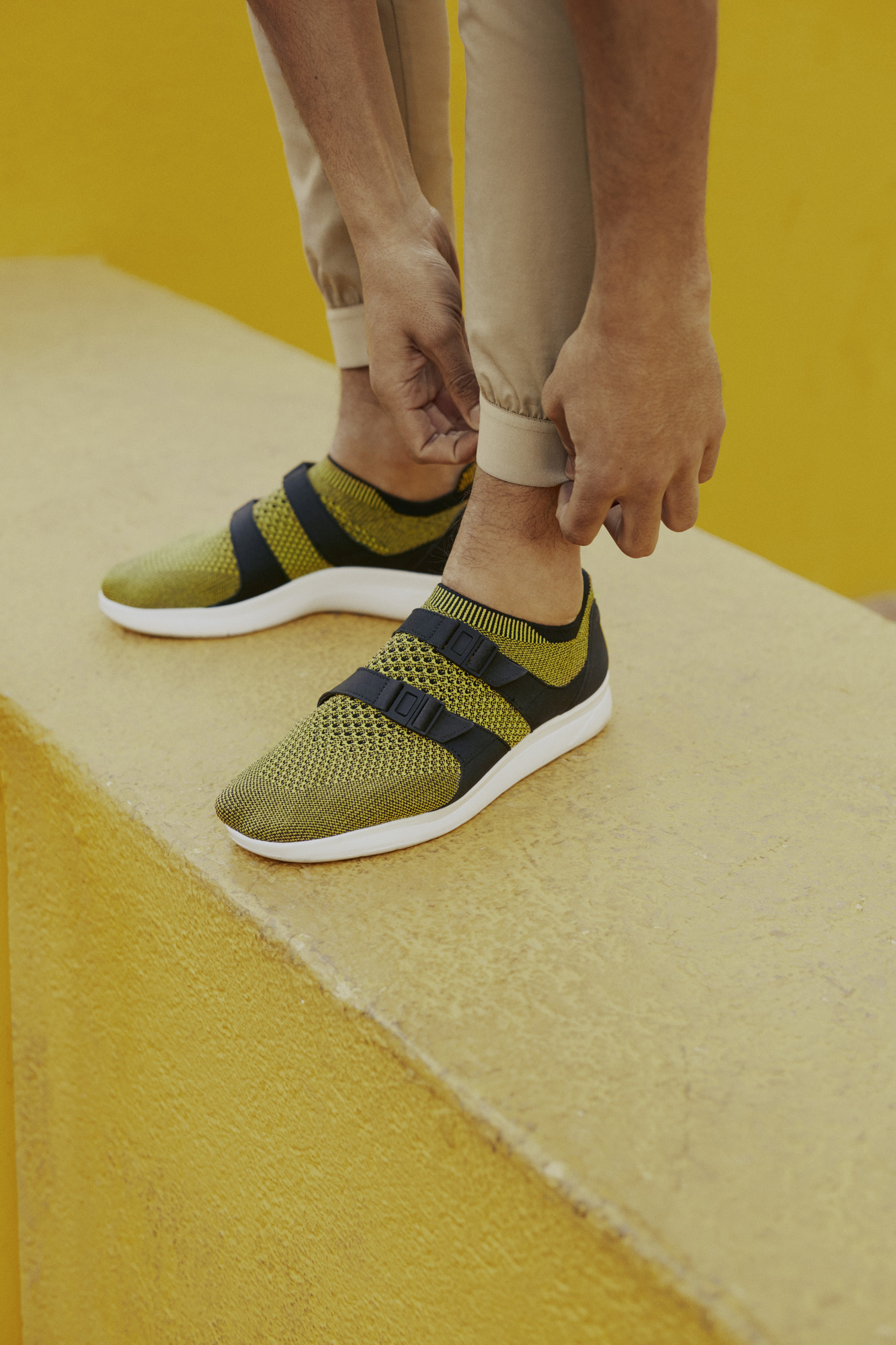 The Sock Racer returns this year, updated for the modern day with Nike's latest tech innovations that the shoe helped to spawn initially. The entirety of the upper has been upgraded with Flyknit of the stretchy kind as to not compromise the original character, and the midsole unit has been flipped out in place of an even lighter, contoured out cushion, complete with Free flex grooves for maximum movement throughout. The signature straps are still present, and you couldn't reintroduce this shoe without releasing the recognisable yellow and black palette first. A desaturated white & black version also debuts alongside the OG colourway,and we're looking forward to a few more releases to drop as we progress towards the summer. Both colourways of the Nike Air Sock Racer Ultra Flyknit will be available online and in size? stores on Thursday 27th April, priced at £105. 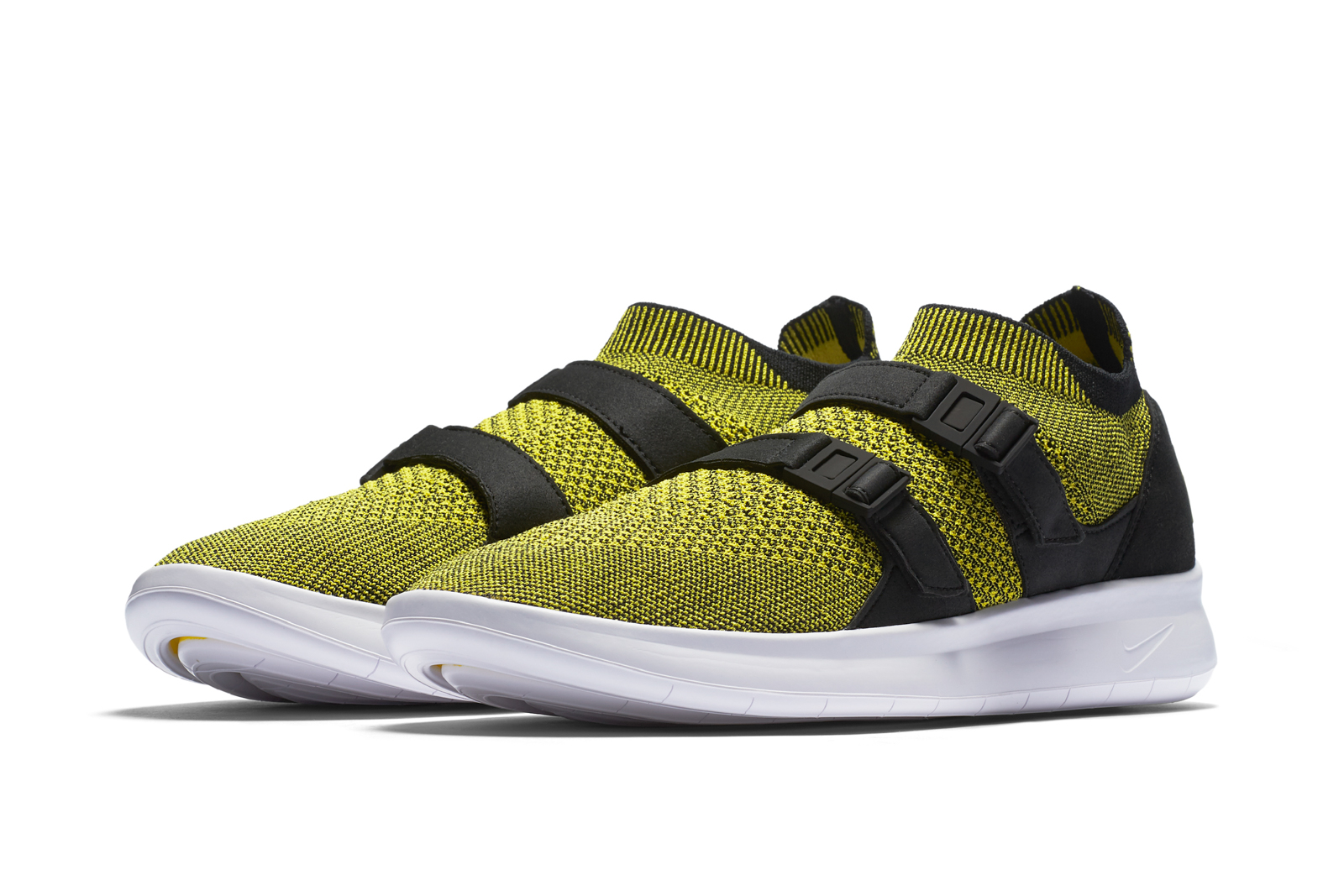 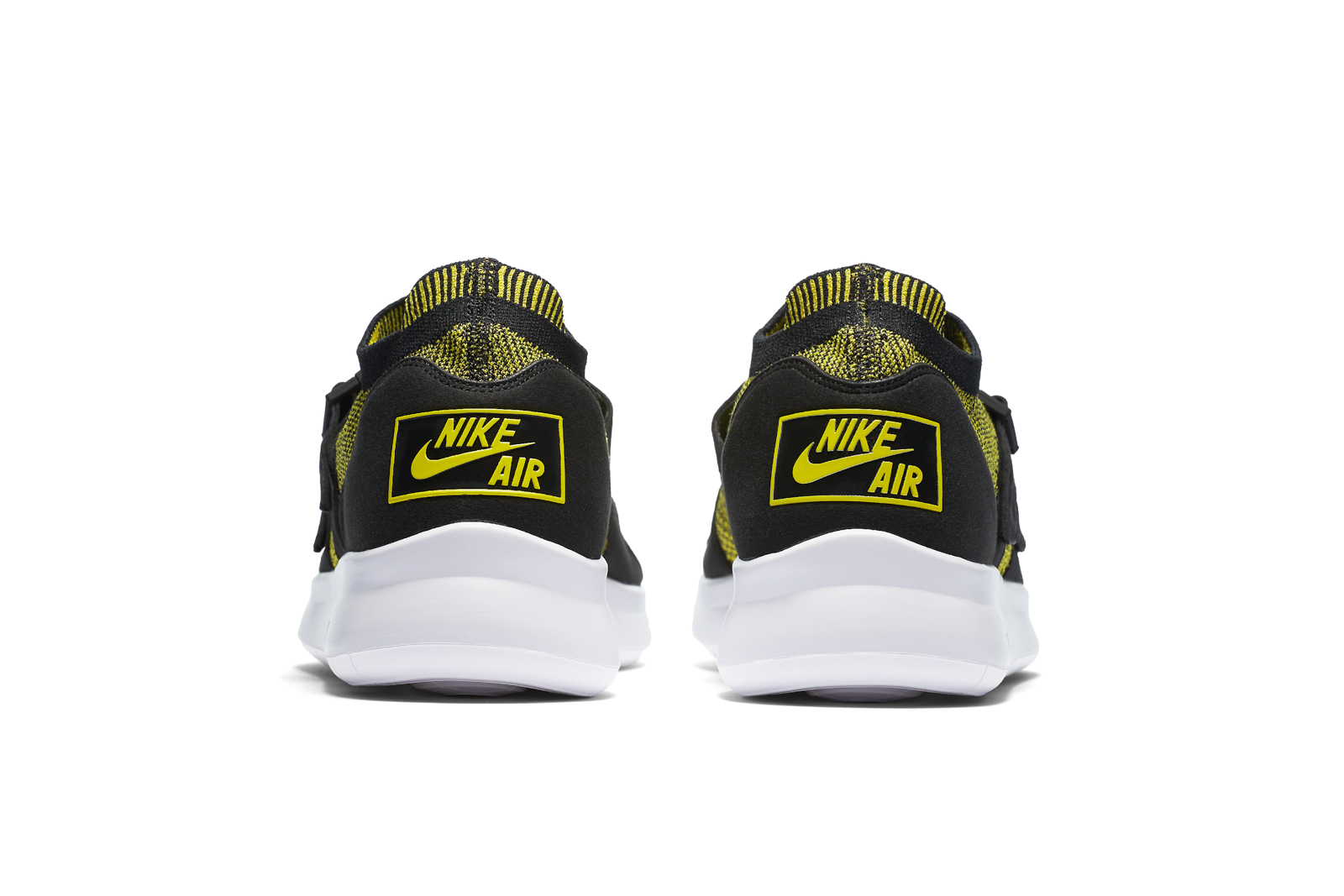 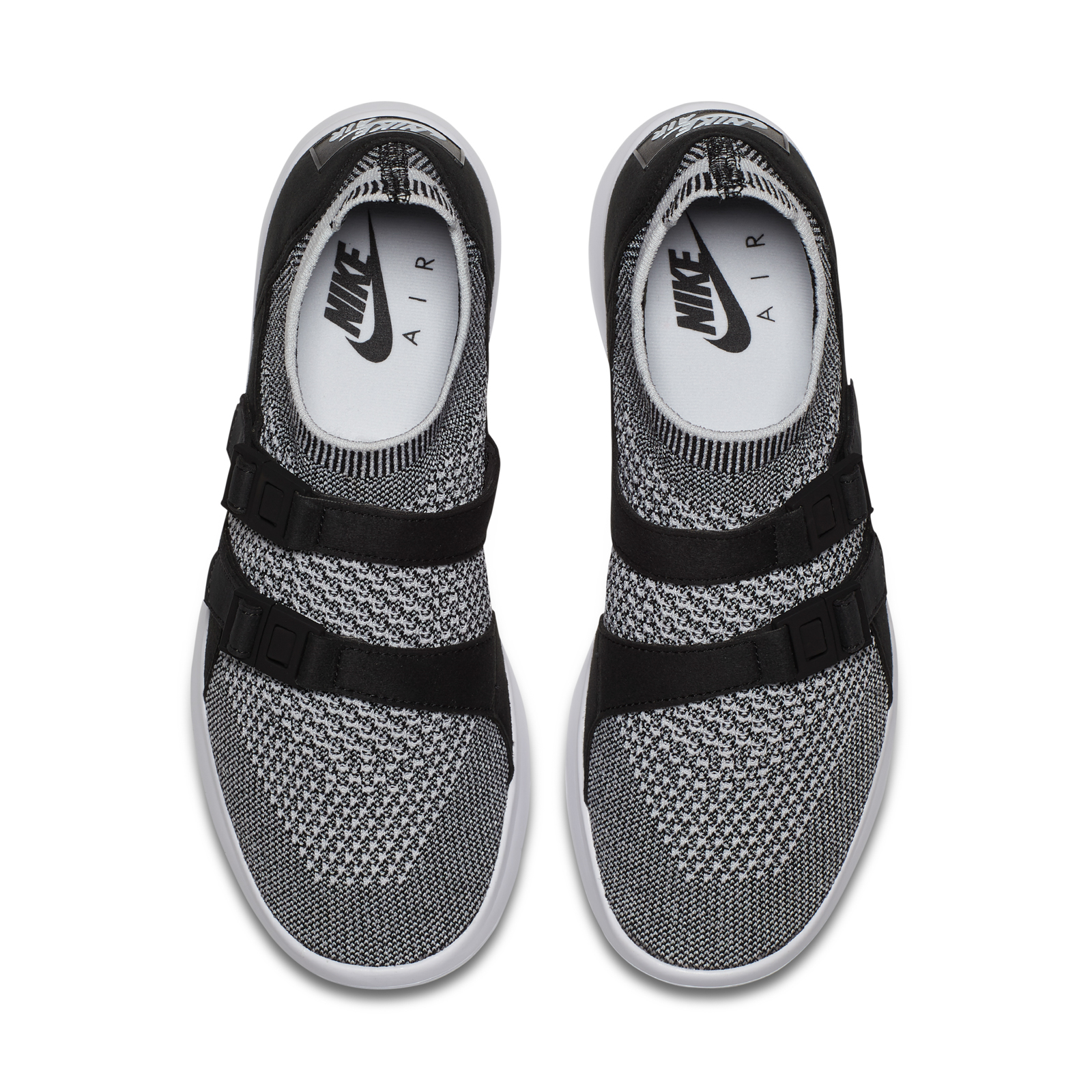 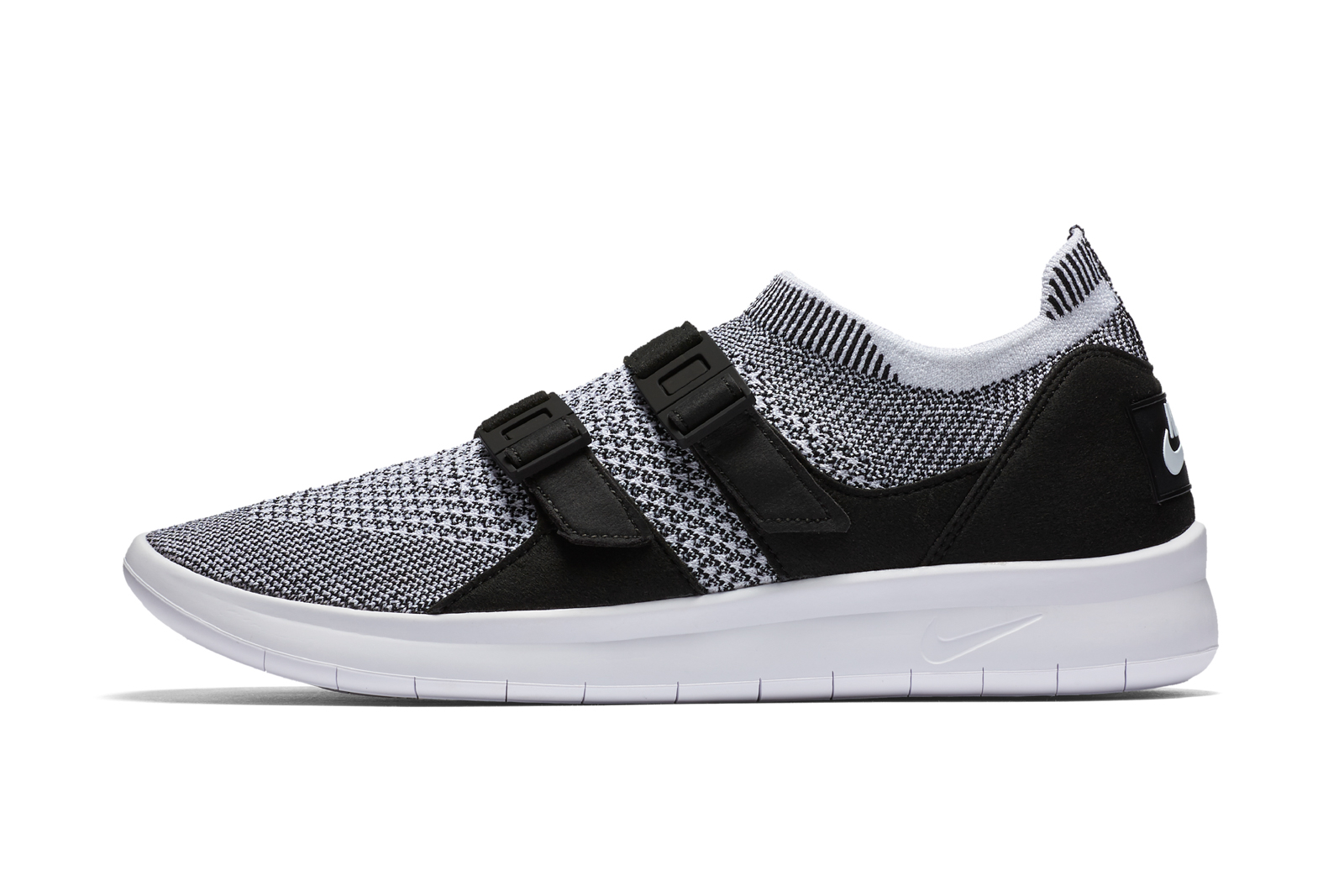 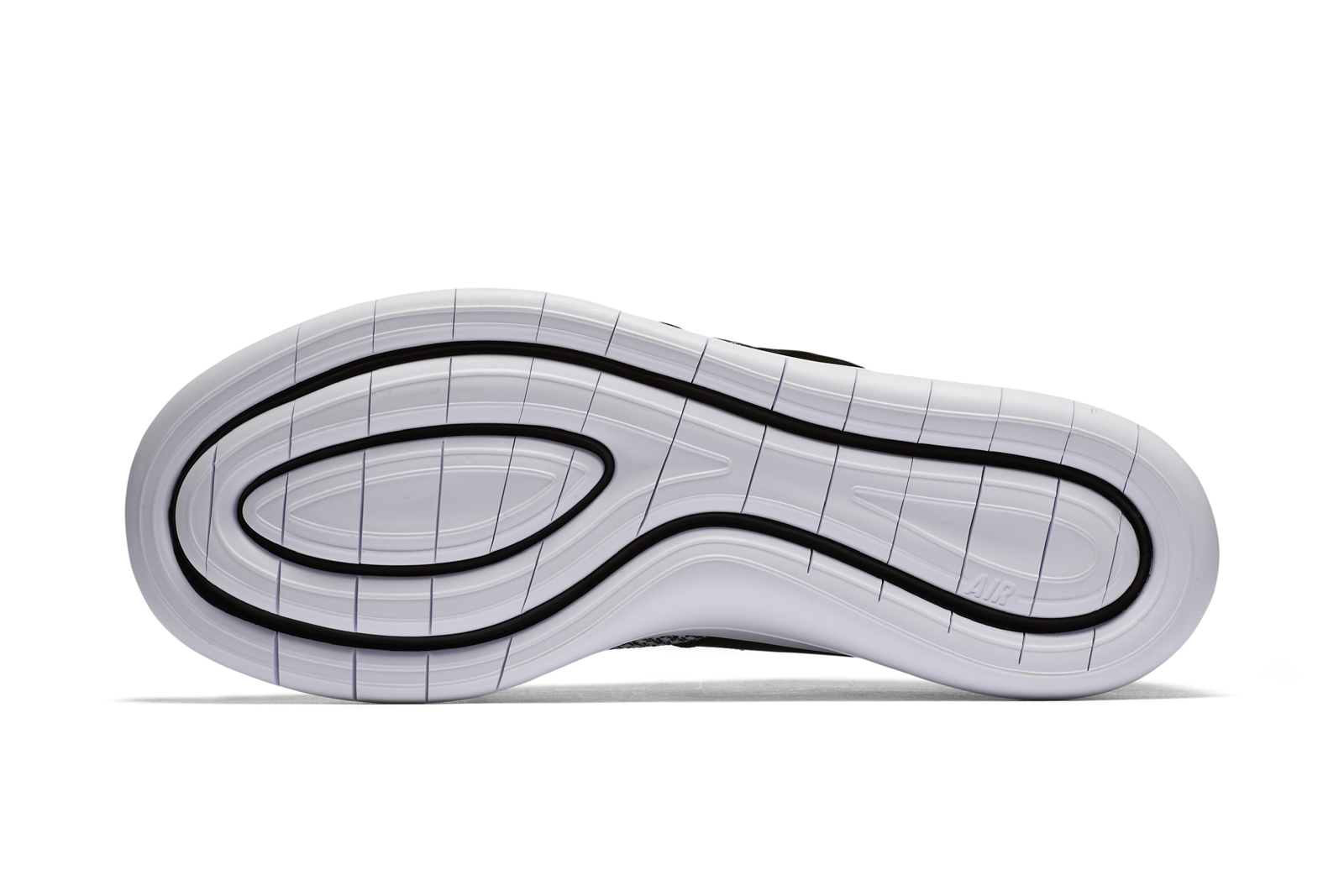