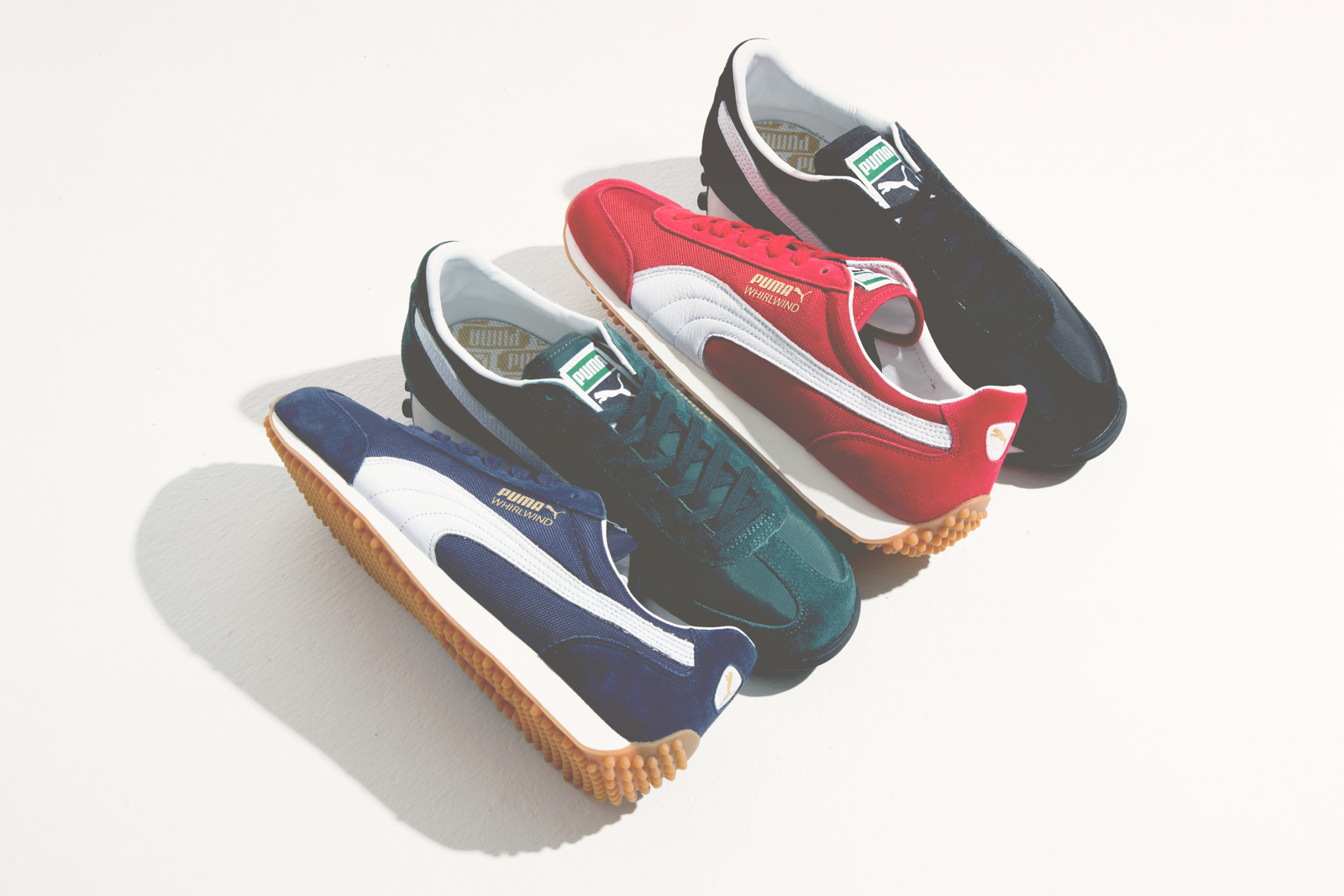 An often underrated element of PUMA's back catalogue is their running category, featuring a myriad of great nylon and suede numbers that were produced throughout the 70's and 80's. We've teamed up with PUMA to bring back two of the most well known vintage runners from that era, the Whirlwind and Easy Rider. 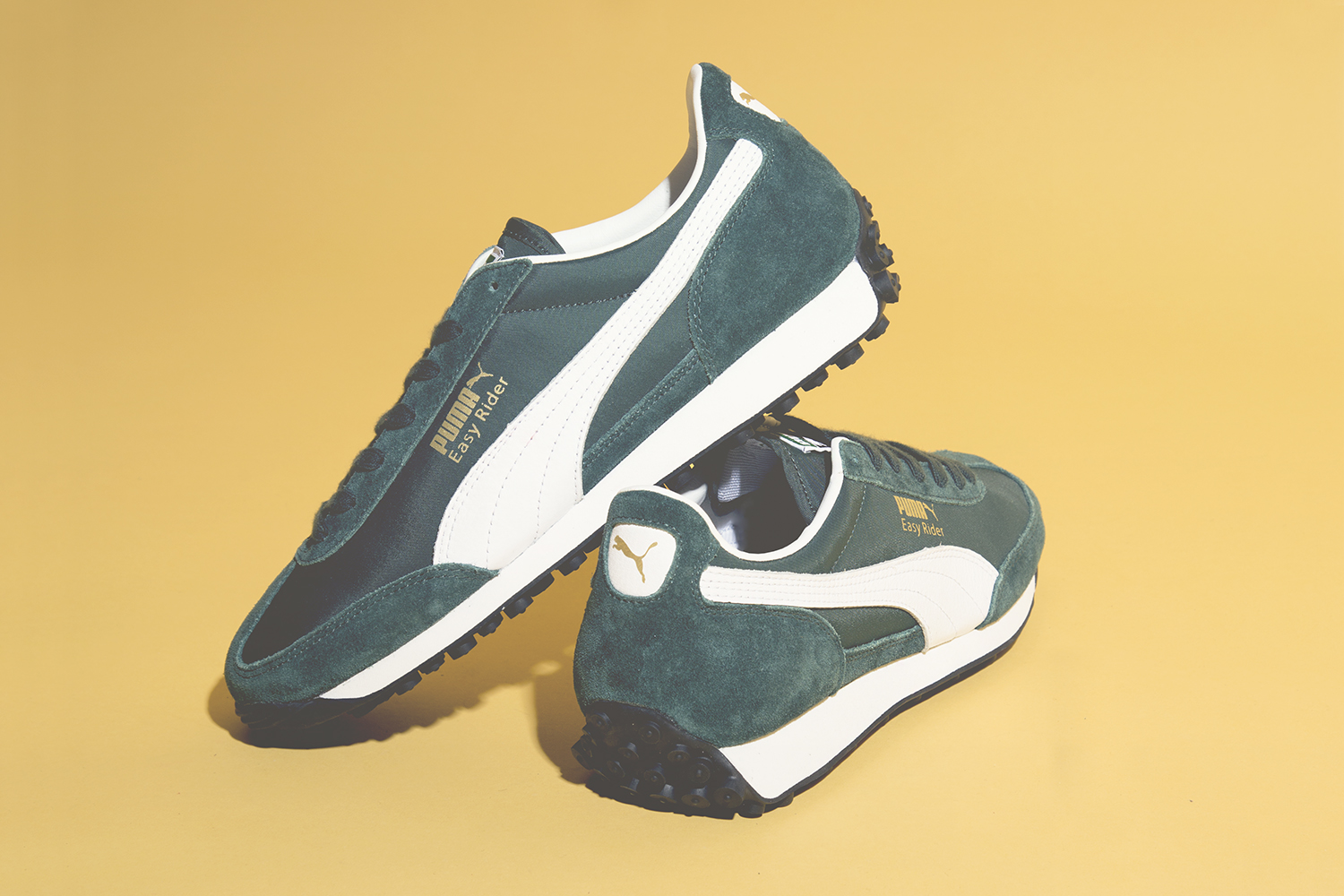 With a name that evokes the open road, the Easy Rider is definitely a laid-back child of the 70s. Released when jogging was becoming mainstream, it also marks the beginning of an era when athletic footwear was spreading from the track to the street.

The PUMA Easy Rider was, quite simply, a groundbreaking shoe. Loaded with technology, its upper was made of nylon and suede, and it featured a carbonised multi-level sole for added stability and comfort. It used advanced features such as the PU wedge system and ‘federbein’ (German for spring technology) outsole design, which gave the shoe a unique elevated stance.

The original Easy Rider quickly became one of the most popular shoes in PUMA’s range, and it eventually became the base of many other models. 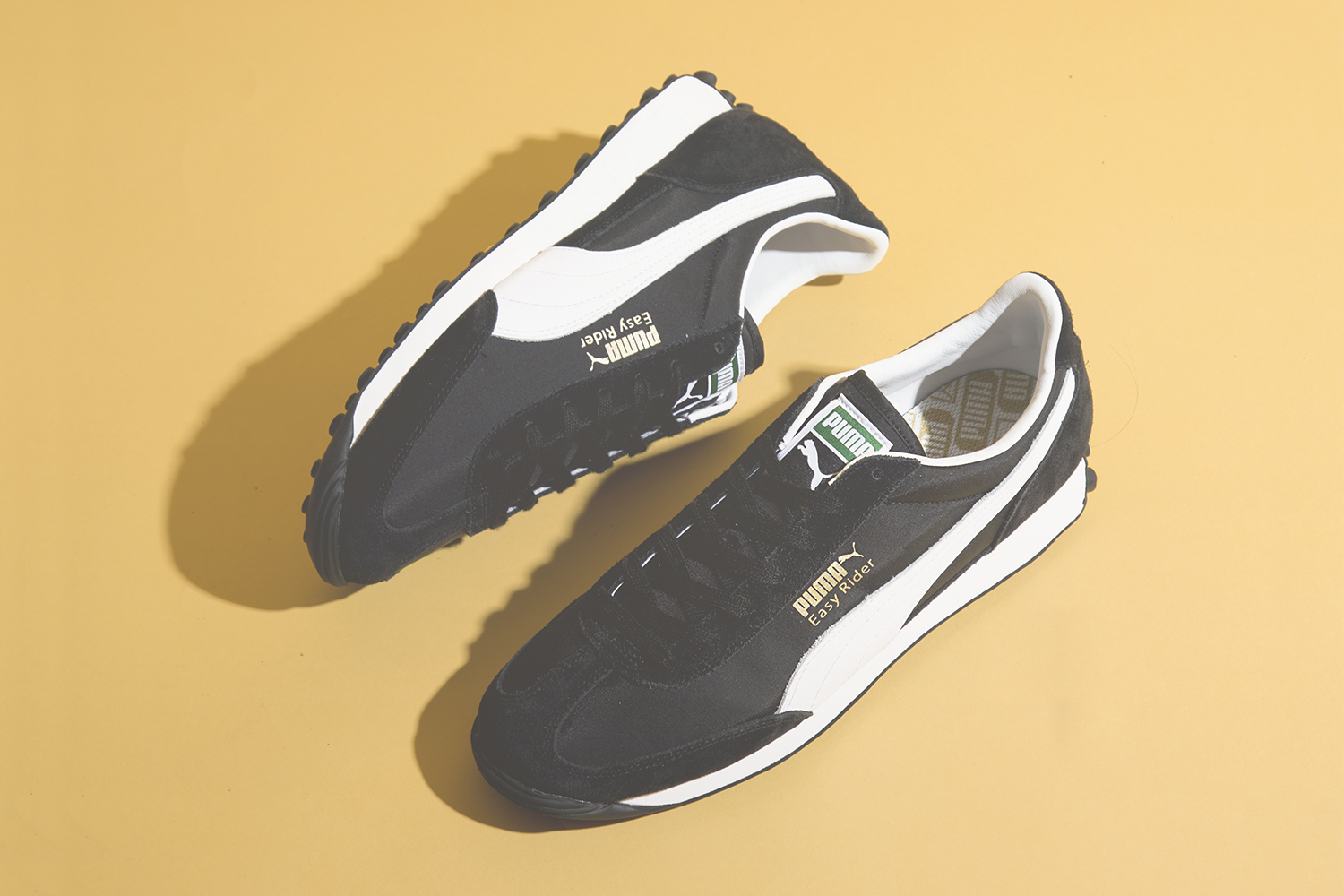 Almost 40 years on, the Easy Rider maintains a nostalgic feel, from the waffle-style soles to the suede/nylon uppers.

The new retro reissue is an even lighter trainer that gives excellent foot protection on all surfaces. There’s suede leather reinforcement on toe and heel, and the sole is studded with cones in two different heights that provide superior shock absorbency and long wear. 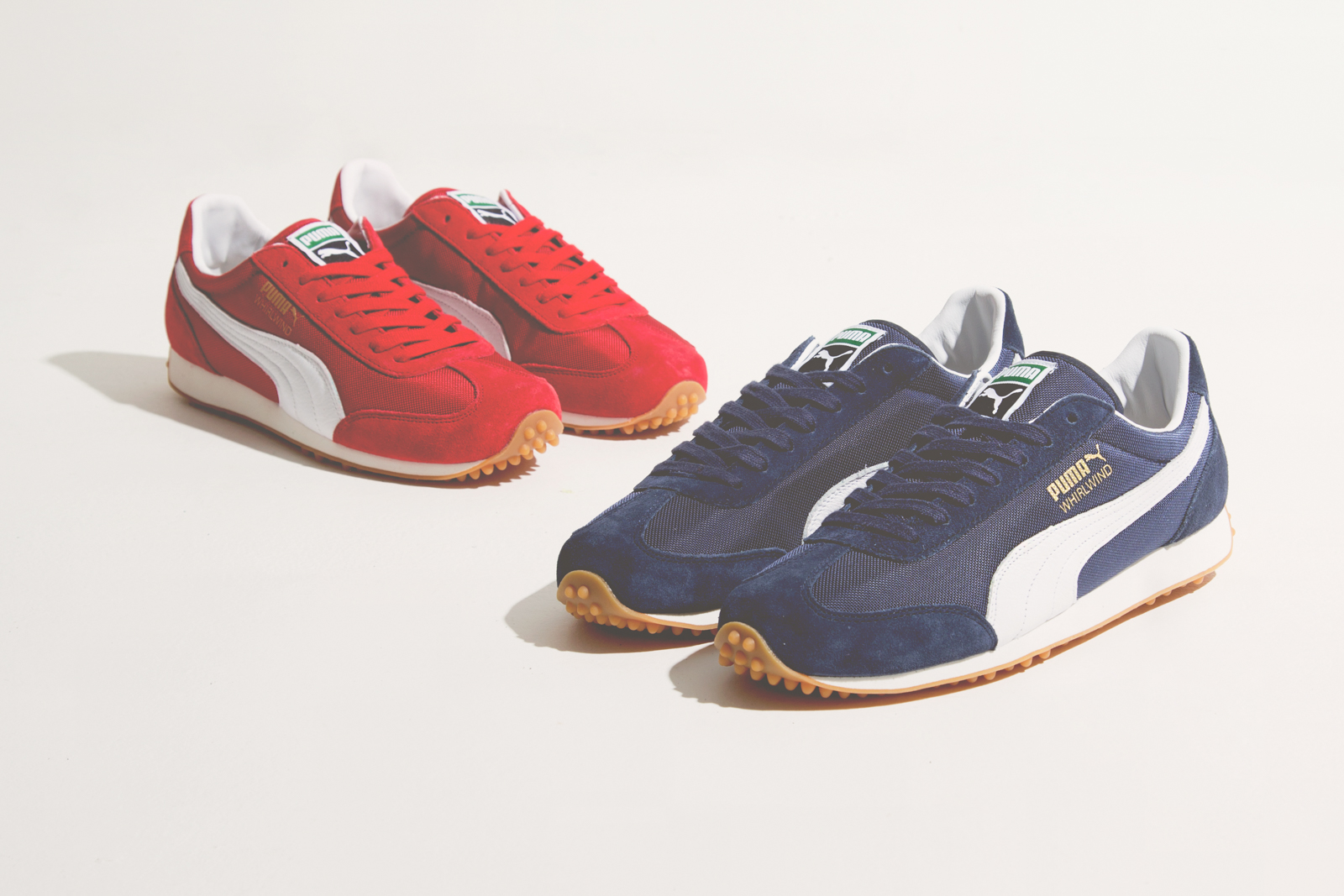 Back when running was jogging and style was sweatbands, ie, the 1980s, the PUMA Whirlwind hit the scene in a mash-up of nylon and suede paired with a distinctive luggy bottom.

Comfy on the track and styled for the streets – the lightweight running shoe offered a wide appeal. It became an instant hit.

Built on the Puma spike mould for cross-country competition and interval training, and featuring a multi-pimpled outsole for extra shock absorption, the original Whirlwind was perfect for racing and training on most surfaces. 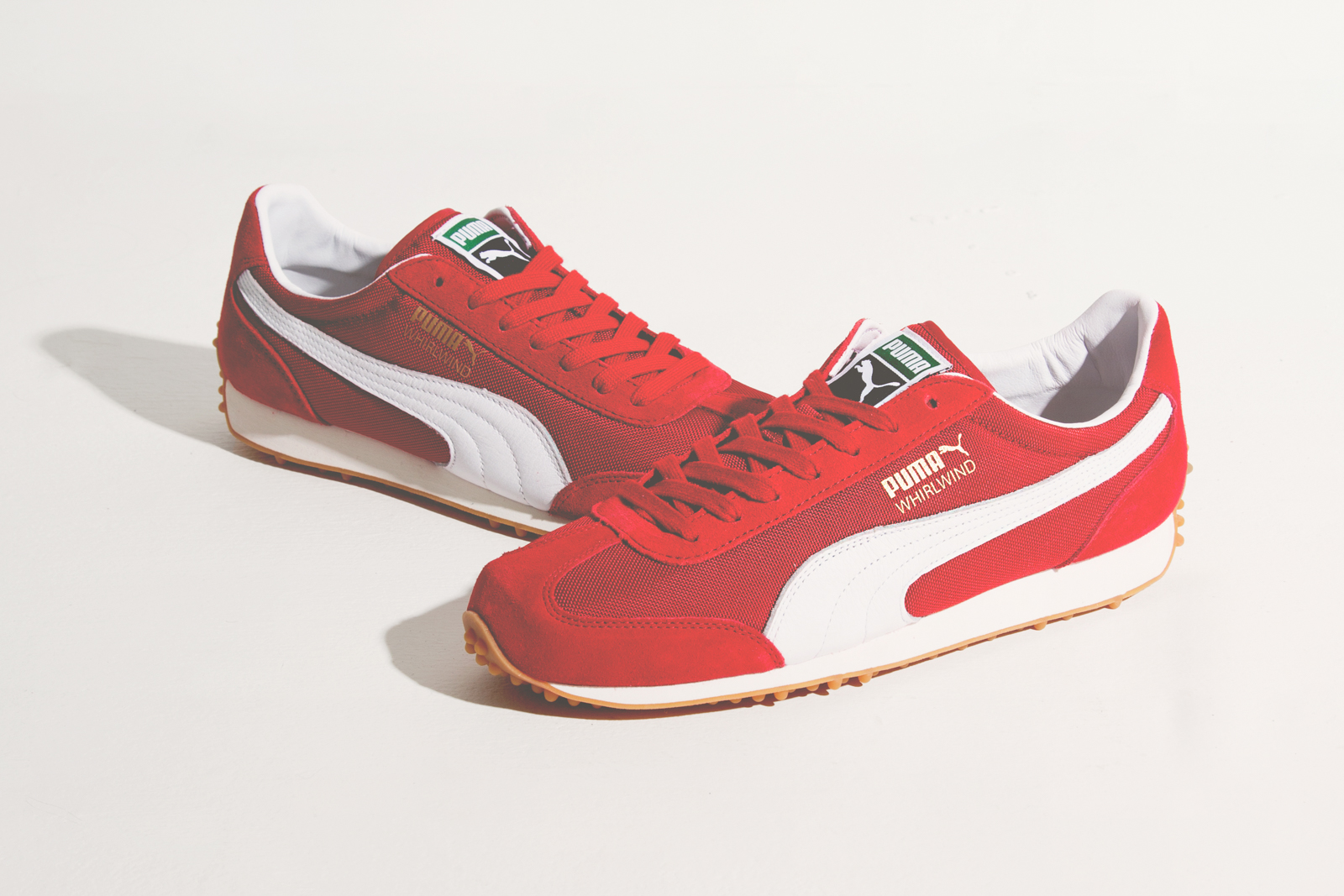 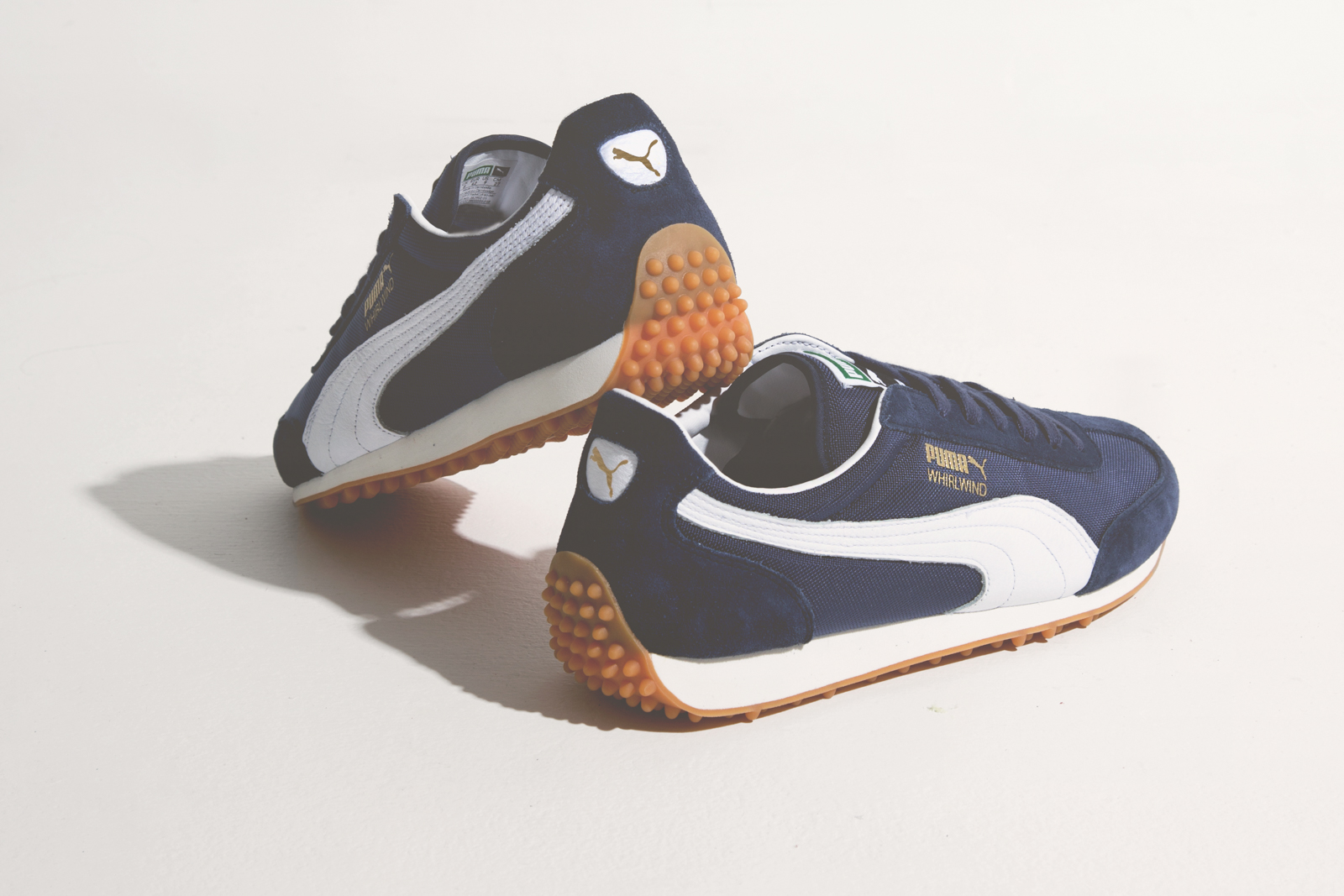 Fast-forward four decades, and the Whirlwind is back, and better than ever.

These redesigned classic sneakers feature a quality suede and nylon mix upper with a sweeping white leather formstripe and Whirlwind branding on the side. A cushioned midsole for comfort, a rubber outsole with lug pattern for added stability and grip, and a woven PUMA Logo label at the tongue and PUMA Cat Logo at the heel complete these new edits.

The Puma Easy Rider and Whirlwind are available online and in size? stores now, priced at £65 and £60 respectively.