https://www.youtube.com/watch?v=VOcnEEbv5_8 Continuing their celebration of all things Gazelle this year, adidas Originals have dipped into the historic influencer archives and pulled out some originally imagery for context to show off the Gazelle's status within contemporary culture. The photograph in question was shot by photographer Denzil Mcneelance during a session back in 1993, where Moss can be seen wearing a pair of Burgundy Gazelle's. The image encapsulated the essence of the early 90's when the Gazelle captured the hearts of the UK in particular, even though it had already been around since the mid 60's. Heavily celebrated by a wide cross section of consumers throughout the decade, ranging from casuals to the Britpop crowd, and beyond into the realms of fashion. adidas Originals have reinterpreted this iconic capture of one of their greatest ever shoes into a short film by digital artist Doug Abraham (@BessNYC4) that examines the theme of reinvention by looking back at the past. The photograph is chopped and spliced in amongst other pop references to show how the style has transcended cultures over the years. Shop our current Gazelle selection online and in selected size? stores now, and stay tuned for more versions to land in the next few months. 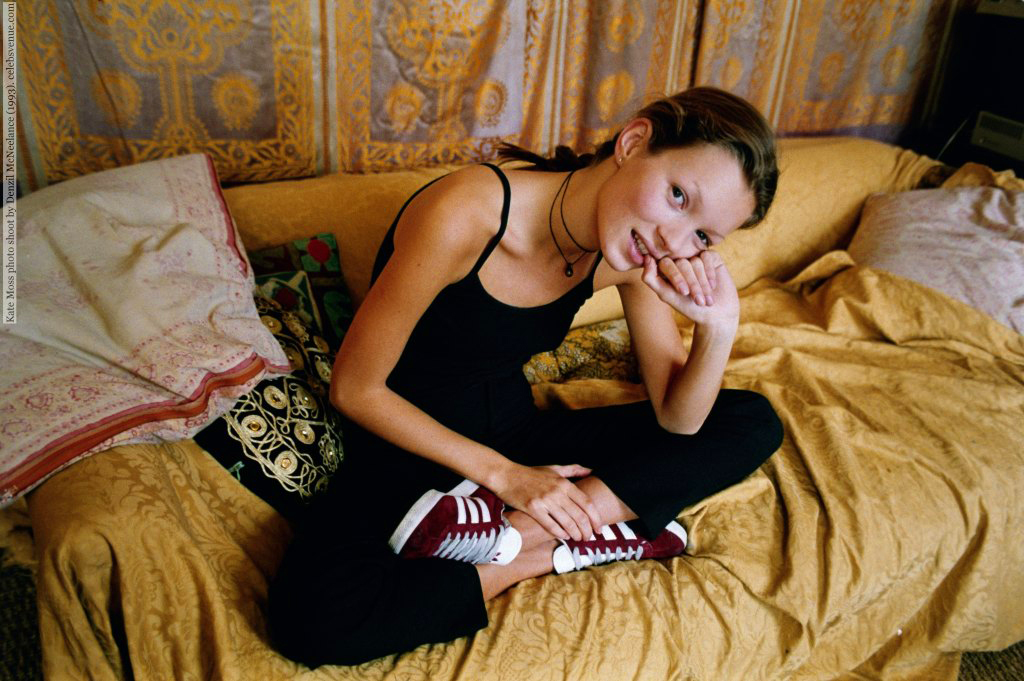