Home  /  Fresh News   /   The Modern Sneaker World is Moderate: What of the ‘Golden Years?’ via HYPEBEAST

The Modern Sneaker World is Moderate: What of the ‘Golden Years?’ via HYPEBEAST 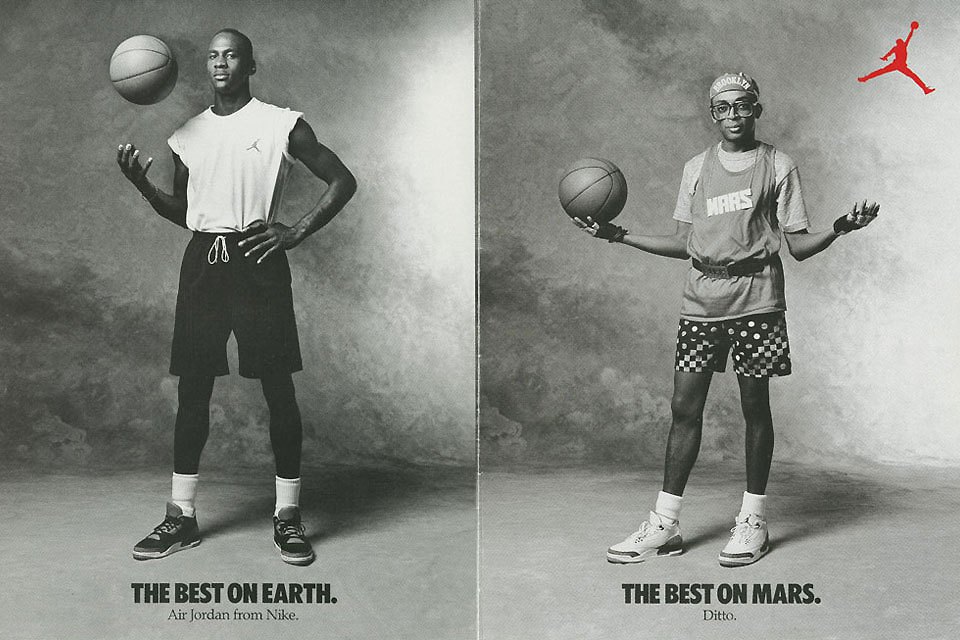 Longstanding friend of size? Gary Warnett recently teamed up with HYPEBEAST to reminisce of times gone by. With age I’m expected to be cynical. Some older folks feel that the youth are chasing rubbish compared to the gold they grew up with. To them, it’s all over, because, in their eyes, those pesky kids aren’t doing their homework. I see many willing the current boom in sneaker collector and speculator culture to implode, but I don’t think that the current mania comes close to the stupidity of a supposed golden era. This site reaches millions, and there’s a wealth of digital platforms giving real-time updates. With coverage comes the perception that everyone on earth is interested in whatever new collaboration drops, yet, as analysts like Matt Powell are happy to remind righteous tweeters, it’s still a comparative minority in a far bigger market. With an estimated worth of over $55 billion USD as of 2014 and with a 40% growth over the previous decade (according to SportsOneSource), it’s evident that the global sports footwear market is comparatively bigger than it was. With an extra $ 2.2 billion USD or so folks on the planet since 1990 or a near 100% inflation into account, growth was guaranteed, but we never anticipated the monster it became. It’s tougher however, to quantify the cultural impact of sneakers between 1988 and 1995, but I’d say things got even crazier during that period, and sneakers infiltrated popular culture more dramatically then than they have done in recent years. My UK hometown, with an approximate population of 79,000, had no less than eight different spots for sports footwear in 1990. Bear in mind that this was at a time when no bouncer would consider letting you into any club or bar with sneakers on your feet. Even age-old stereotypes of dad-wear were thrown by parents sold on the promises of a state-of-the-art ride, even if their running shoes would never break walking or pub garden pace. People like to cement a sense of superiority by proclaiming that they had Air Jordans back in the day, but everyone with access to expendable income seemed to have a shoe of that calibre on their feet back then. 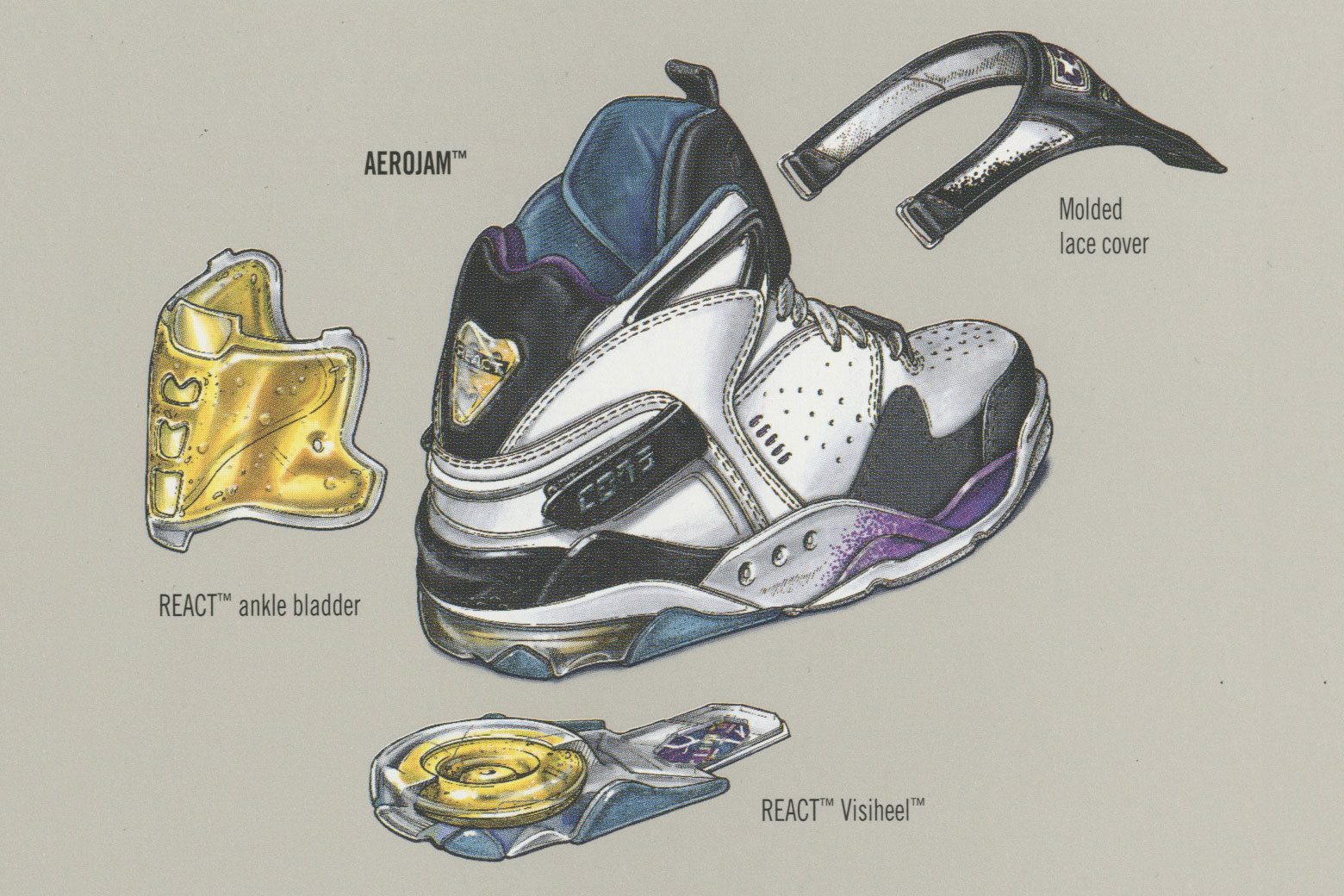 After the clued-up trainer world evolving around the UK’s terrace culture set a discerning standard, and the NYC connoisseur cut-off point in Bobbito Garcia’s seminal Where’d You Get Those? book, it all went crazy. A perfect storm of fitness crazes, booming economies, coked up marketeers, bad taste and crack’s insidious ascent as drug of choice, plus a glory time of professional athletics, meant that sneakers were the shoe of the 1980s. In the US, wholesale athletic footwear revenues tripled between 1980 and 1990, while British athletic shoe sales swelled with an 14% annual growth in 1988. It’s a testament to the era that we were undeniably spoilt for new designs — most less mired by reference points, irony or knowing winks to the past. Despite their birth in an age of excess, it led to some genuinely timeless creations like the Air Jordan III, New Balance 1500 and ZX 8000s. Once Nike’s Air went visible, the tech wars began. Synthetic suedes and nubucks crept in as alternatives (bolstered by sexy-sounding names) to natural fabrics by 1987. If you think the wealth of contemporary collaborations based on desserts, junk food and whatever a designer had at hand when the submission date loomed is strange, it’s minor compared to the gimmickry that came and went back then. We had Converse’s REACT Juice, DISC fastenings, Fila’s removable collars, K-Swiss’s Formula 18 and Wilson’s robotic Eminence shoe. Brands were under pressure to create the craziest shoes possible. We got gigantic Troop, SPX, Task Force and Travel Fox shoes that had absolutely no performance potential. I’m no apologist for unnecessary pricing — it might seem logical that the same shoe doubles in price over 20 years, but if packaging and materials are weaker, it’s tough to justify. And what if the shoe was ludicrously overpriced in the first place? But we oldies are no stranger to the madcap mark up. Take 1985’s New Balance 1300 — at $119.99 USD, the equivalent of $260 USD now. adidas’s flagship Forum basketball shoe from 1984 broke $100 USD, which is $230 USD in 2016 money. Those significant releases would ultimately help lead us to think that triple digits was a norm in subsequent years. Kanye fuelling the fire of the adidas and Nike beef has had keyboard spectators taking sides lately, but little can match Reebok and Nike’s late 1980s and early 1990s blood feud. Paul Fireman’s brand had overtaken Phil Knight’s in 1987 and for the gloriously gimmicky inflatable cushioning Reebok Pump and Air Pressure warfare in 1989, the shit talking went way beyond subliminals with the likes of Michael Chang and Dennis Rodman firing shots at Andre Agassi and Michael Jordan in the “Pump Up, Air Out” ad campaigns. Even ASICS and New Balance got in on the Nike Air baiting. https://www.youtube.com/watch?v=fMslb0xHgvQ Just to reiterate how moderate Mr. West’s recent disses really were, it’s worth recalling how Queens legend MC Shan put the boot in on an ailing Troop, dogged by false rumors, when he dropped the litigious line, “And PUMA’s the brand cause the Klan makes Troops” on 1998′s “I Pioneered This.” With fewer distractions and less channels, TV had our full attention, and regulations regarding product placement seemed cavalier. Footwear was in our faces. I’ve lost count of the TV spots dedicated to the mad world of sneakers that ran 25 years ago. Top-rated TV shows broadcast in the UK for both kids and adults ran sneaker-robbery storylines based on newspaper headlines. Chat shows nowadays running tongue-in-cheek pieces on humorless queuers and resellers have nothing on Jerry Seinfeld in Huaraches, Tim Allen in Tech Challenges, Will Smith in everything, and a sneaker sighting (or in the case of the Mag, a co-starring role) in pretty much any significant cinematic blockbuster. What’s 1996’sSpace Jam, if not an entertaining $80 million USD Air Jordan ad? Even Ned Flanders had Homer hyped for those $125 USD Assassin shoes. Robert Greenberg and Michael Greenberg’s Skechers brand being sued this year by Nike for alleged copyright infringement simply echoes Greenberg’s the multiple legal issues LA Gear brand had in the early 1990s, when both Nike and Reebok sued them over Jordan and Pump copies. This was an era that reached its mad apex when Michael Jackson announced his own collection of LA Gear shoes — a project that could only end in court again, albeit with LA Gear doing the suing. https://www.youtube.com/watch?v=Fm03U3hluGg Beyond the fluorescent lights, there was a darkness too. On American soil, the have and have-not gulf turned deadly with kids being slain for their shoes. As extreme a deed as it was, it was prevalent enough for Sports Illustrated magazine to dedicate the cover story of its May 14, 1990 edition to the phenomenon. From a brief spot of research, it seems there’s a fair few grown men still languishing in jail for senseless killings over things that have had multiple reissues and sale rack status time and time again. By the mid 1990s, even Tokyo’s reseller market, which was, for a moment, charging up to $1000 USD for Air Max 95s, led to a spate of sneaker muggings in relatively crime-free Osaka. In a Worldstar-bellowing era of modern misdeeds on camera, a perception of life’s value hasn’t necessarily risen with shoe prices, but reports on sneaker murders seem less regular — perhaps they slowed, or maybe the media chose to ignore the crimes once they ceased to be the moral scare of the moment. Mercifully, were spared YOU WON’T BELIEVE WHAT NIKE SHOE WHITNEY HOUSTON WORE AT THE SUPER BOWL clickbait in a cathode ray and paper world, but what we had was a cultural overkill that only the rise of retro could temper. By comparison, the current state of things almost seems low-key. Anyone holding out for that implosion might need to wait a few more years. [Source: HYPEBEAST]