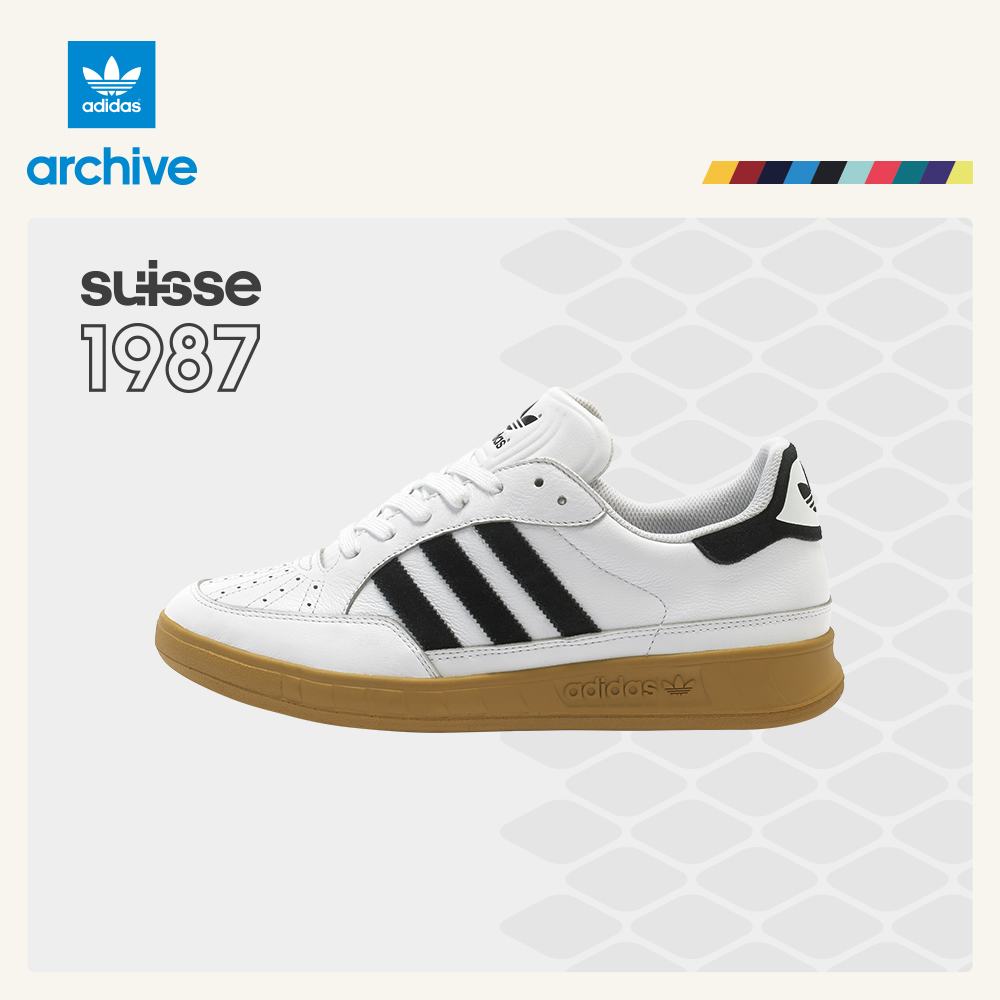 Originally released back in 1987, the Suisse was designed as an all-round training shoe; built for daily use. The silhouette shares several details with its older sibling, the Munchen, which released 11 years previous. The sole unit was purpose made for training, with a multi-textured outsole with suction cup details to allow for the best grip possible on a variety of surfaces, both indoor and outdoor. This wasn’t the first mention of the Suisse however. The first, was in the Swiss version of an 1982 adidas Originals catalogue; immediately sparking rumours and a comparison between the Munchen, more so with its original colourway and thick white sole. Upon its initial release, the Suisse was only available in certain parts of central Europe and following a successful release period, the Suisse’s production picked up pace during the 90’s, building up a reputable and prosperous archive collection. Then, unbeknownst to many, the Suisse’s sabbatical lasted considerably longer than most anticipated; spanning over 10 years with no releases. This all changed in 2014 however, when the original red colourway alongside two archive inspired palettes returned, providing the icon with its platform to perform again. For this latest release, the Suisse utilises a white leather upper with black branding, upon a classics gum midsole. The adidas Originals Suisse – size? UK Exclusive releases online next Friday (8th May) at 8am GMT via direct links on our Facebook and Twitter pages and in all size? stores from their respective opening times, priced at £67 in UK sizes 6-13 (including half sizes). [With thanks to Bobby MacDassler of adidas Gallery for some additional information] 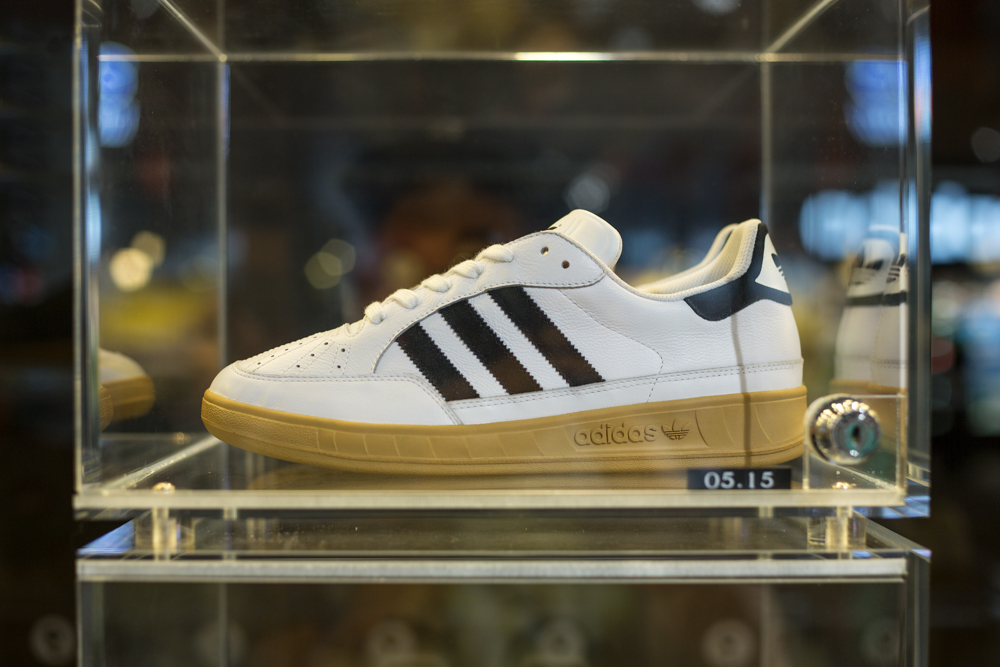