https://www.youtube.com/watch?v=YuzCTfeFlu0 The evolution of the Vans Sk8-Hi from its predecessor the Vans Old Skool is indicative of the rapidly changing late 70's landscape which would define the brand for the next 40 years. With skateboarding and bicycle motocross reaching new heights, what came with it was the necessity for the high water mark of the Vans back catalogue in the shape of the Style #38 silhouette which shaped the lines of flight of core action sports as we know it today. 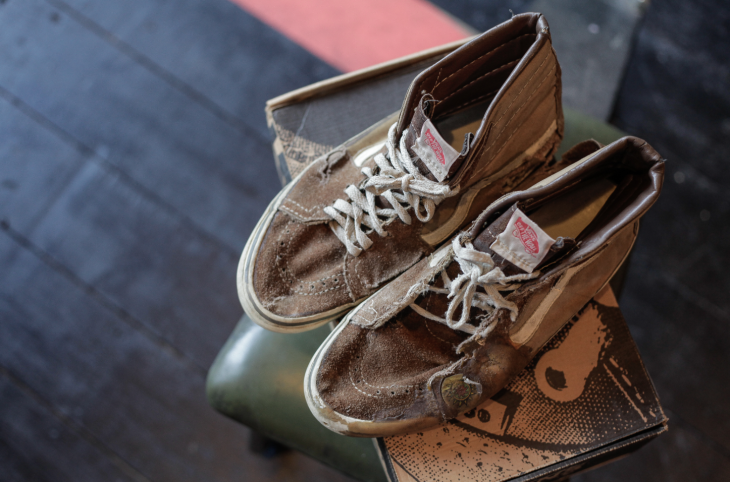 Late 70's pool and vert skating necessitated the extra cushioning and ankle support provided by the highest hi-top to be added to the off-the-wall collection. The suede eye-stay and heel-stay were extended across the 3 rolls of padded collar while new toe ventilation helps keep you cool. Speaking of cool, the new trajectory of BMX unfolding in the late 70's and beyond, offered a new landscape for Vans dependability of traction, fit and snappy styling with new advances in comfort, protection and durability. 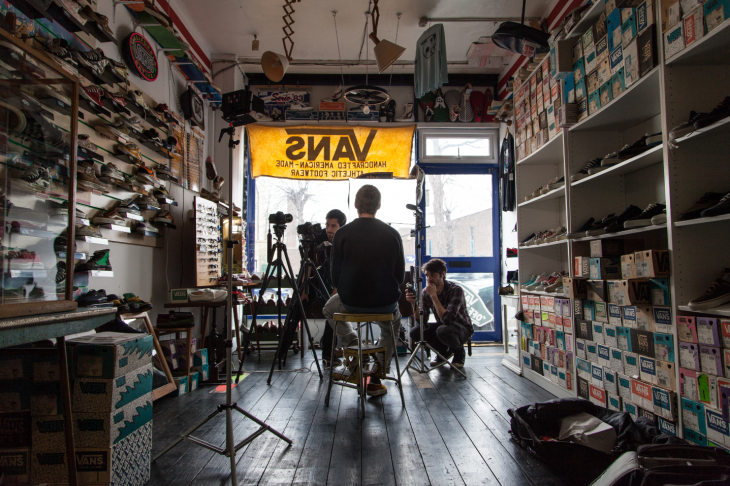 The vinyl jazz stripe also evolved, now flowing on a different wavelength and exhibiting more the dip or trough of a wave as opposed to the Old Skool peak or crest. This was accentuated further by the eventual modification of the style #38 as it was adopted as the vehicle of choice through the paradigm shift in core sports the next decade end would bring. 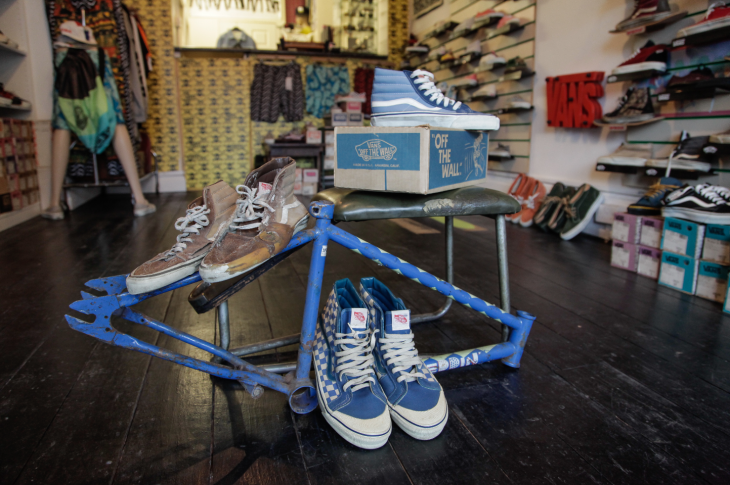 Introduced in 1978, Style #38 was there at the high water mark of vertical skating, helped bmx make fresh tracks in the 80's and underwent its first change in form only after 10 years of solid thrashing. The advent of street skating in the late 80's & the ripple effect of ollie-based tricks dictated a new threshold for action footwear. In confrontation with frequent blowouts from ollie & flip-based tricks the Sk8-Hi underwent a few modifications. The suede heel-stay was widened to protect & reinforce the ankle while the suede eye-stay was expanded to form an ollie patch of sorts for greater durability. 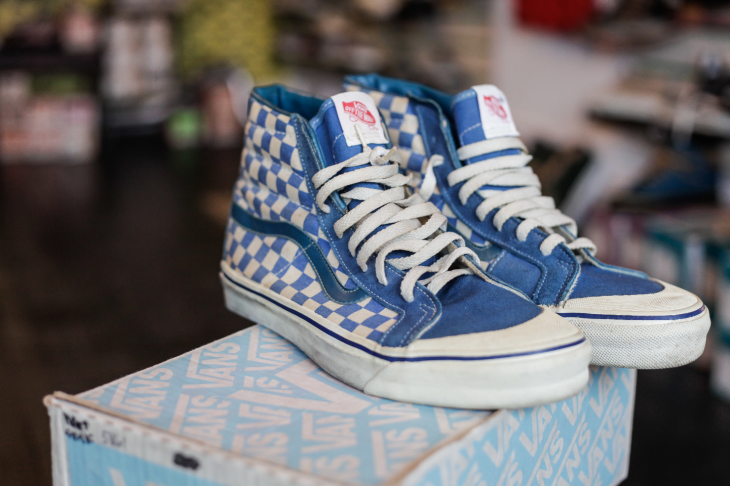 Although these changes were for the greater good of construction & did reduce the high turnover of skate shoes, we think the overall aesthetic was impaired as the modern trend towards this 1st generation re-release look may indicate. 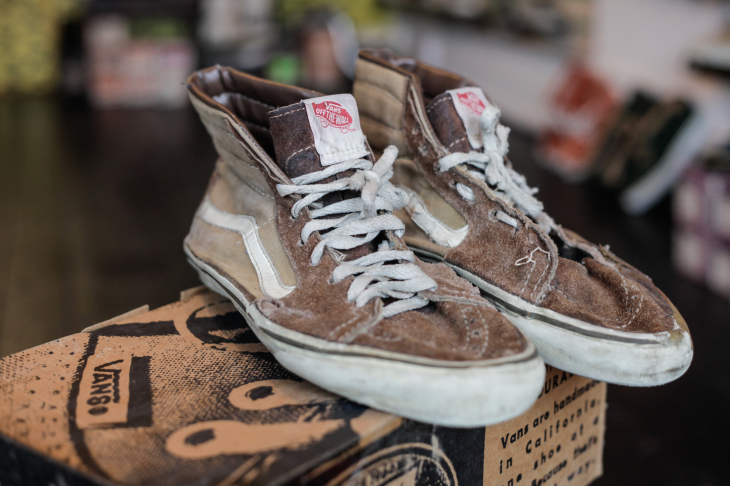 Out of all the models released by Vans over the years it is the Sk8-Hi, which embodies the most spirit & is loaded with attitude. Its origin was skate, to where it remains loyal. An unofficial member of original bones brigade team it had & still has vert, freestyle & street credibility. 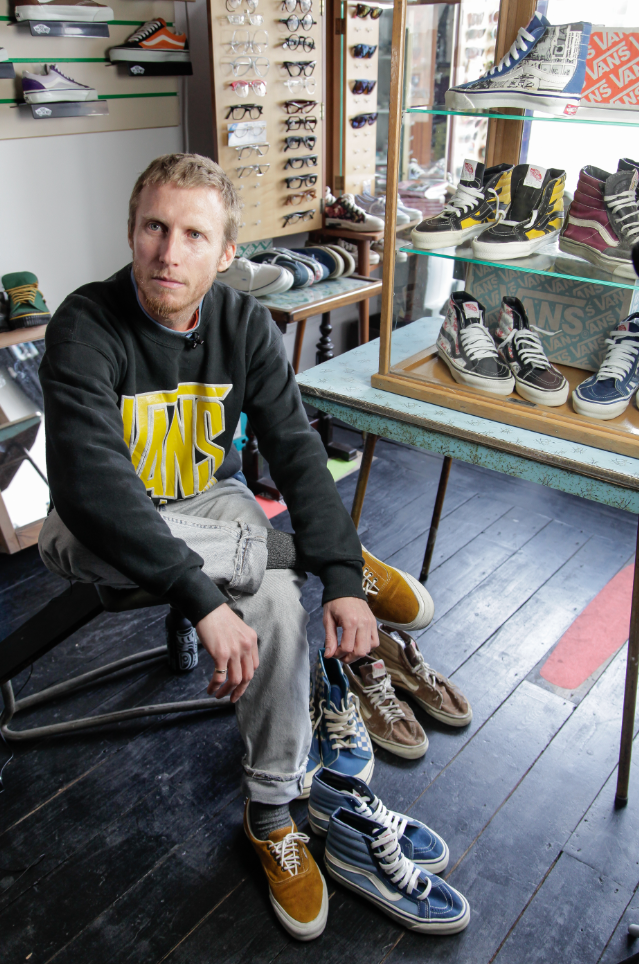 It traversed the hell track of BMX through the 80's & 90's & maintains a place in flatland and race history. The crossover appeal into underground subcultures such as punk rock & hardcore speaks volumes for its longevity & authenticity. It is a statement of intent. The most versatile, sought after & pre-eminent core shoe of all time. 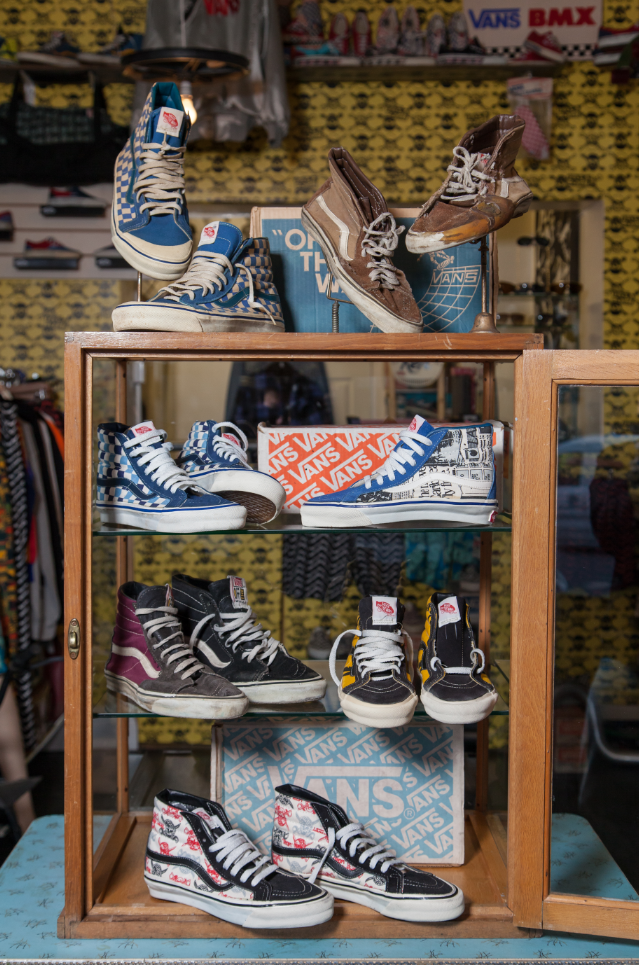 You can shop our selection of Sk8-Hi’s here and you can also see parts one and two of the series which looked at the Classic Slip On and Old Skool.