https://www.youtube.com/watch?v=C7Raws6kdsI The Old Skool has arguably been overshadowed through the decades by the aesthetics of the Vans Era and the high impact of the Sk8-Hi, but we wouldn't want it any other way. Thus resigned to live in the shadows, its wearers welcome this and take it in their stride. As such, momentous underground strides have led the Vans Old Skool to the status of a classic and cemented it as an enduring mainstay of youth culture. 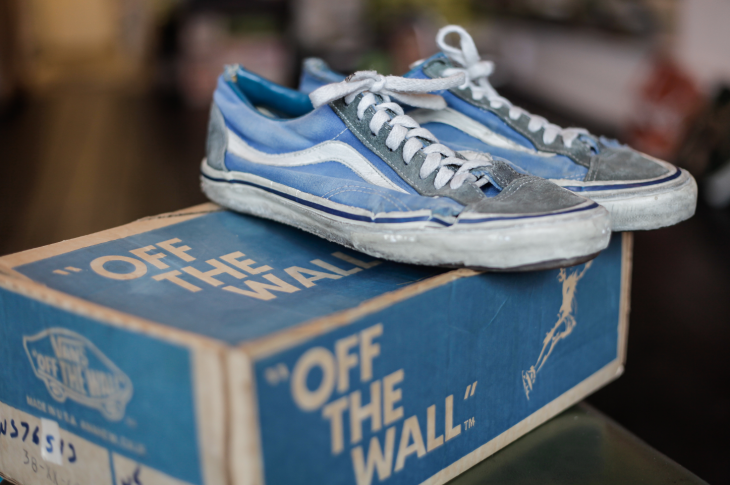 Introduced as Style #36 in 1977 to complement the proven and already established Style #95 Vans Era, the Old Skool as it was later named was the first skate-specific Vans model to feature split-leather suede & provided further reinforcement for the off the wall exploits of late 70's thrashers. 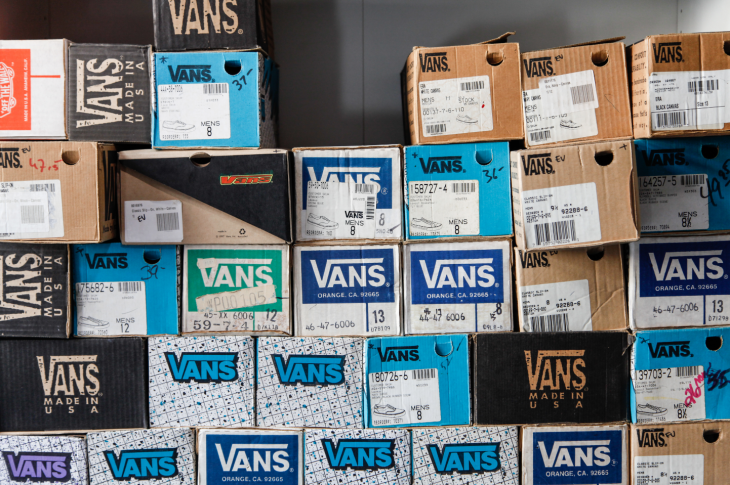 With new additions of a suede heel-stay, eye-stay and laces to the suede toe, this was the first significant departure from the Vans deck shoe template & instead offered a more sneaker-like finish. Style #36 was also the first pair of Vans to feature the archetypal jazz stripe designed by Paul Van Doren in answer to the instantly recognisable swoosh and stripes within athletic footwear. 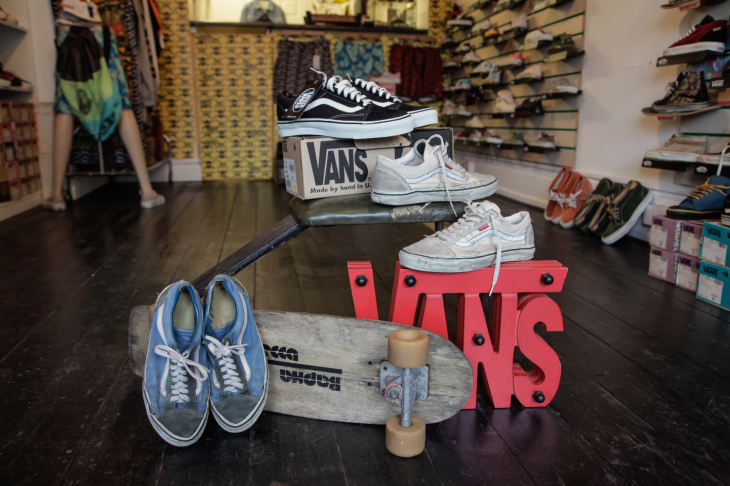 The "wild racing stripe" was originally made of leather and has undergone various tweaks since inception, like a flowing line through a pool or the changeable crest of a high and beautiful wave. Testament to its design however, the Old Skool has remained relatively unchanged for near 40 years. 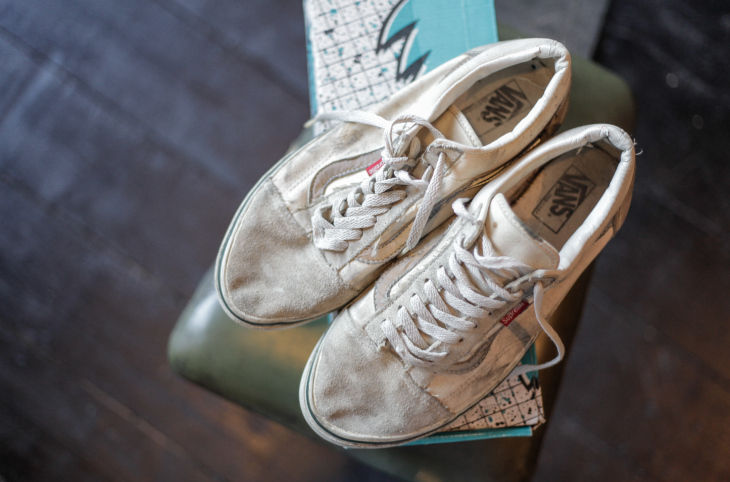 The jazz shoe as it was thus also known entered into a skate dominated realm in the late 70's, where it began its life in relatively unassuming colourways of white on blue, white on red, & black on gold. The red was a favourite of the pioneering Stacy Peralta who was the 1st skater to be paid to wear Vans. The off the wall exploits of 70's skate meant however the Old Skool was somewhat overshadowed by his more protective bigger brother, the Sk8-Hi in 1978. 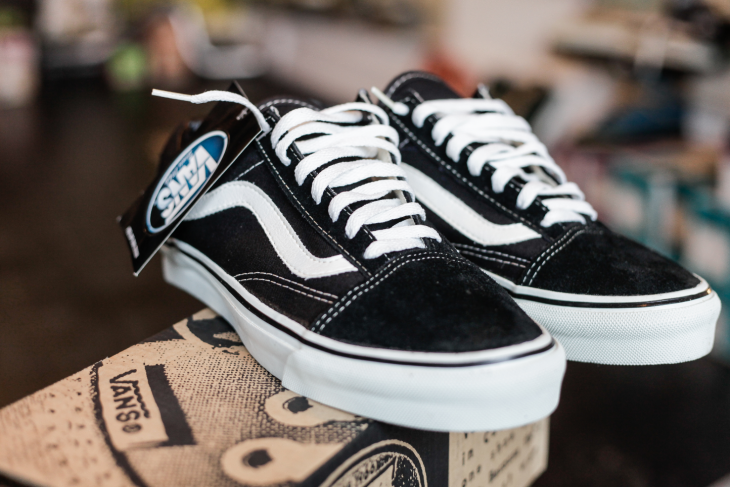 It was within the burgeoning world of BMX however where the Old Skool would flourish. Bi-tonal colourways were perfect in combination with any number of factory team flavours & without as much need for high ankle support the Old Skool was instrumental. Style #36 accompanied the Eras and Slip-ons through the customised print & friction scene explosion of the early 80's and flowed into the 90's wherein the possibilities remained endless. 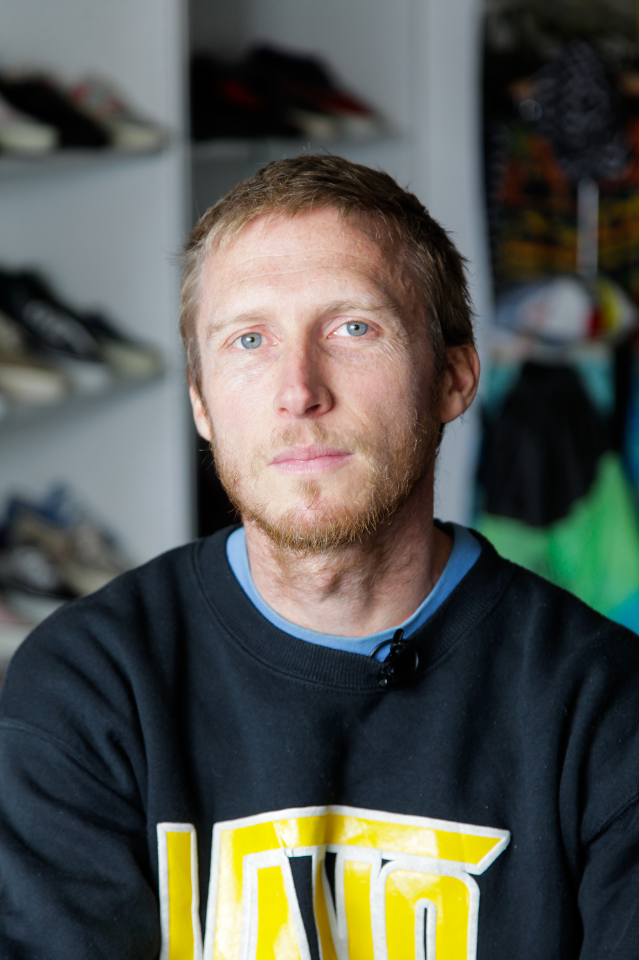 Arguably taking the back seat throughout history to the simplicity of the Vans Era & high impact of the Sk8-Hi, the Old Skool may not have made mainstream noise as such, and instead its resonance was felt underground. Being somewhat out of the spotlight lent itself to crossover appeal into subcultures of punk rock & the volatile American hardcore scene. 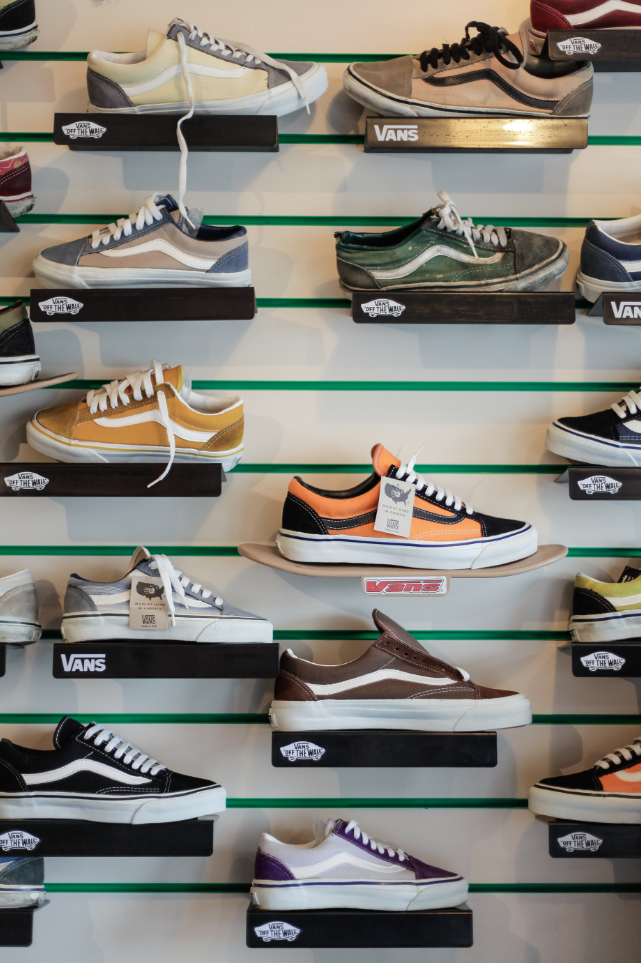 Perhaps at times overlooked, legendary advocates such as Henry Rollins of Black Flag & Ian Mackaye of Minor Threat fed the mystique of the Old Skool and helped cement it as a counter-cultural classic. You can shop our selection of Old Skool's here and you can also see part one of the series which looked at the Classic Slip On here.