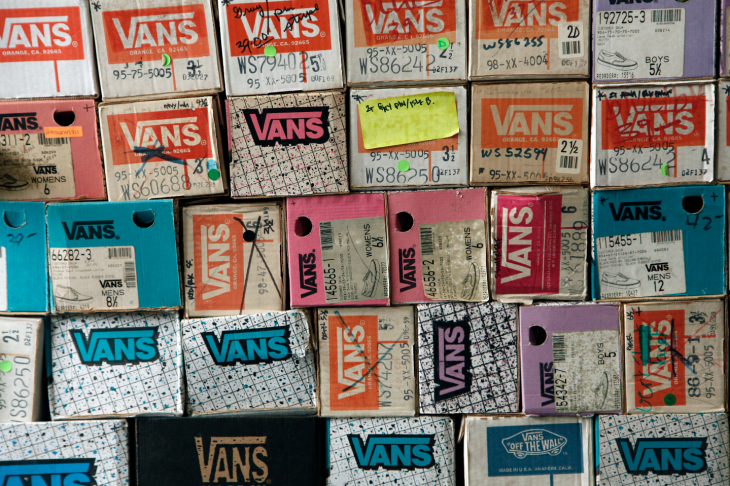 Sean Penn's decision to wear black and white checkerboard Slip-Ons as unknowing brand ambassador Jeff Spicoli, thrusted Vans to worldwide notoriety, but more importantly would go on to define the playful attitude and off the wall mindset which still resonates with the brand today. 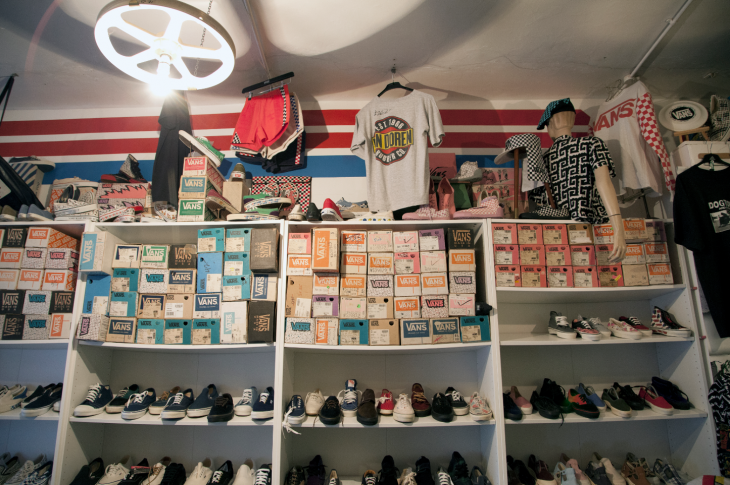 Like-minded surfers & skaters have been easing into the California comfort of the Slip-On since 1977. Designed purely for a casual sensibility, the Slip-On was originally without the padded collar around the ankle & was favoured in boating circles and by surfers. Importantly it was these surfers wearing humble Vans deck shoes who became mentors to the SoCal kids who would eventually revolutionise youth culture through the stoke-fuelled past times of bicycle motocross and modern skateboarding! 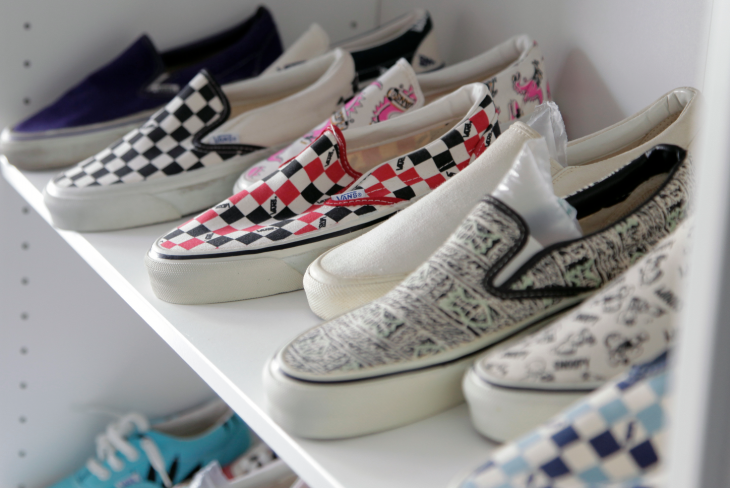 Understandably the influence of the Slip-On in the history of skateboarding is negligible due to the necessity therein of a more secure fit. The freedom and large surface area of a lace less deck shoe however, did lend itself to the colour-coordinated palette of factory team bmx. All imaginable combinations of two-tone colourways (often with printed friction 'scene') lined the gates & punched the hole shot of bmx tracks from 1977-1981. 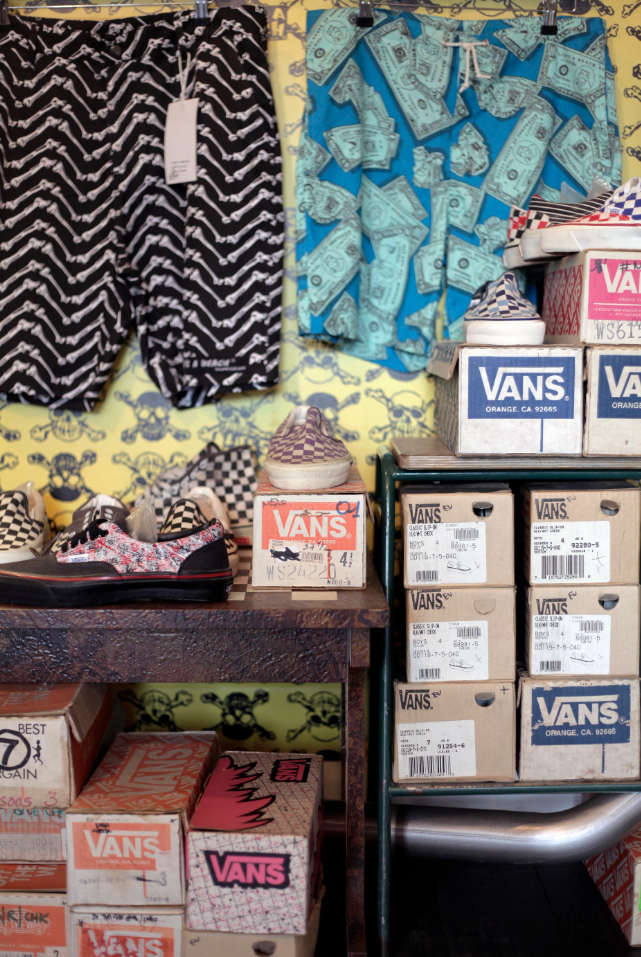 Thereafter Spicoli's infamous checkerboard ushered in a decade plus of printed abundance, including anything from stripes to skating dinosaurs to pirate skulls! It was within the trick-based arena of freestyle bmx however wherein the Slip-On found home on plexiglass, handlebar and quarter pipe. 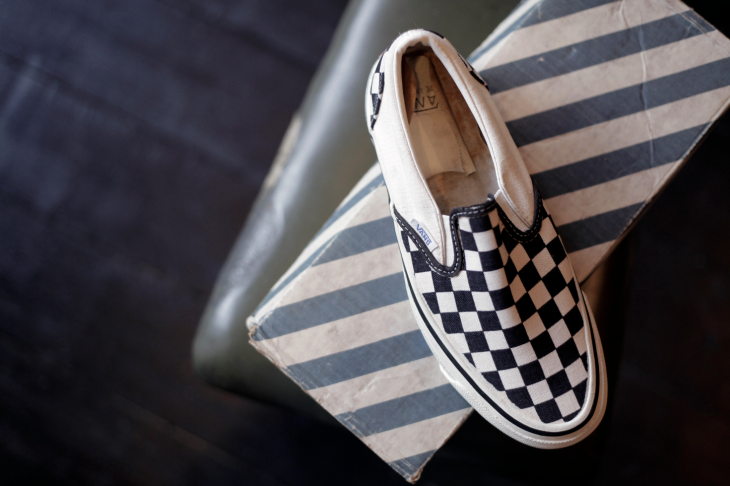 The Slip-On came from the casual beginnings of the Van Doren Rubber Company and despite influencing high end fashion over the last two years and offering freedom in freestyle bmx & fast times on the track, the 'high' water mark of the Slip-On is undoubtedly its eventful meeting with a spicoli skull. No shirt, no shoes, no dice....?? Please then excuse me while I slip into something more comfortable. You can see the latest selection of the Classic Slip-On here. 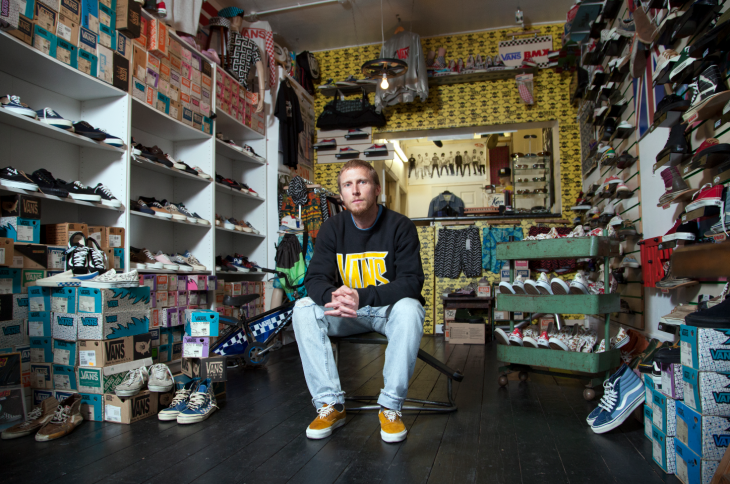