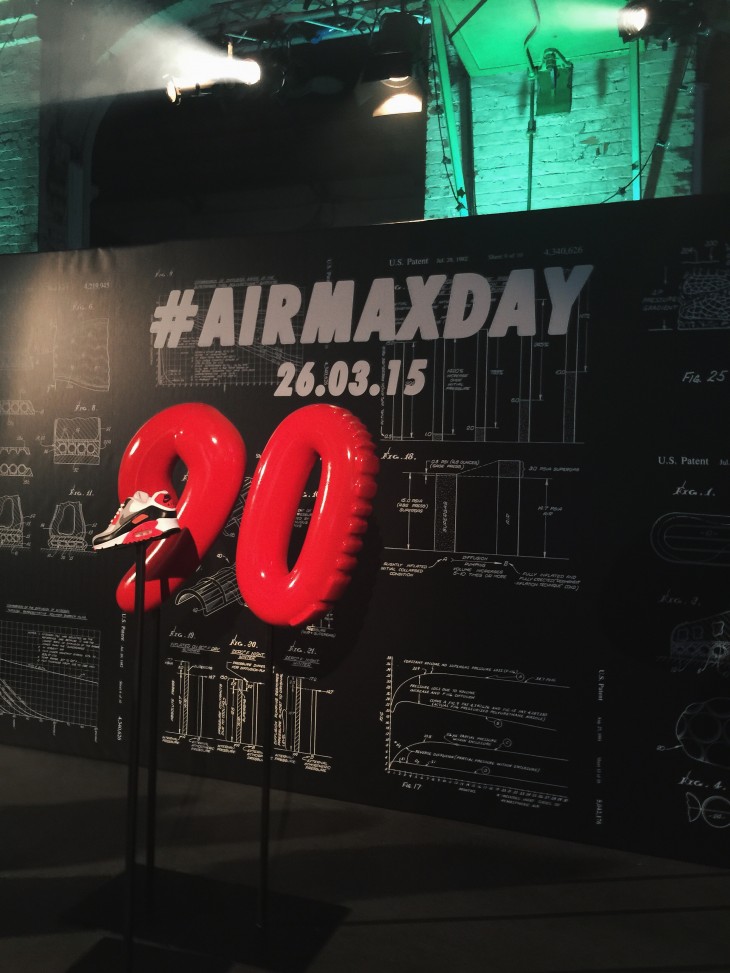 Upon arrival, the iconic Air Max silhouettes accompanied you on your route around the venue, each installation paying homage to aspects that specific shoe brought into the family. 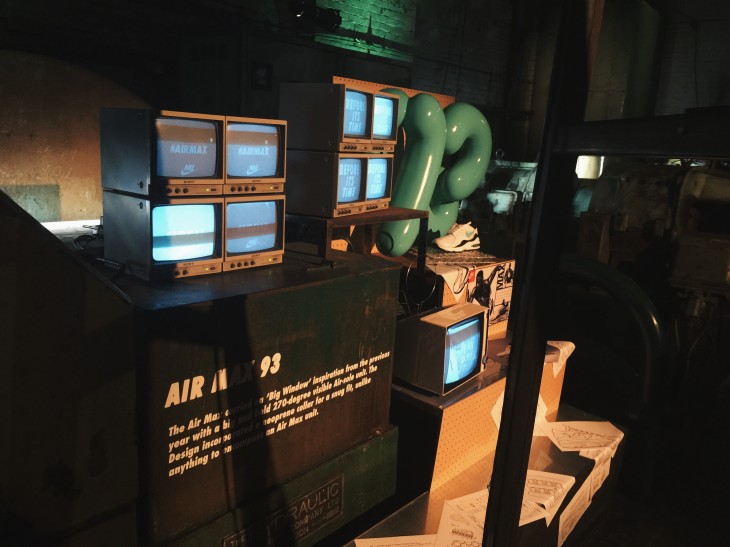 After acknowledging the past, Nike also gave a nod to the future, giving the Air Max Zero a room which quite literally projected air across every surface. Alongside this, there was also a 'Selfie Arena' which was essentially a circle of lights and cameras which captured you from every angle. 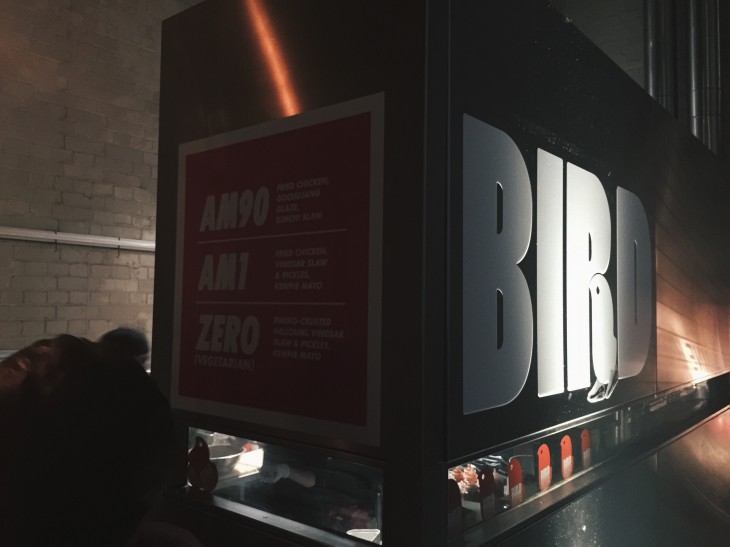 Even the food for the night was Air Max themed too; this came from Hackney based restaurant Bird, who re-named each burger especially for the night. 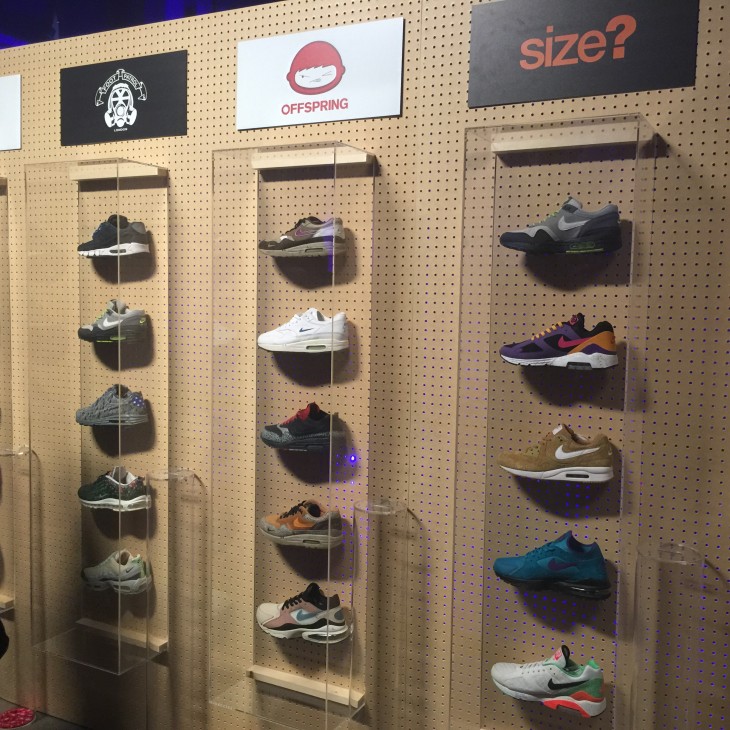 Selected stores from around the UK, featuring both size? and Footpatrol, each showcased 5 Air Max’s which attendants of the event could vote for. We opted for 5 of our size? Exclusives, featuring the Air Max Light ‘Perf Pack’, the size? x Dave White Air Max 1, Air Max 180 ACG, Air Max 93 Teal and the Air Max 180 'Urban Safari Pack'. 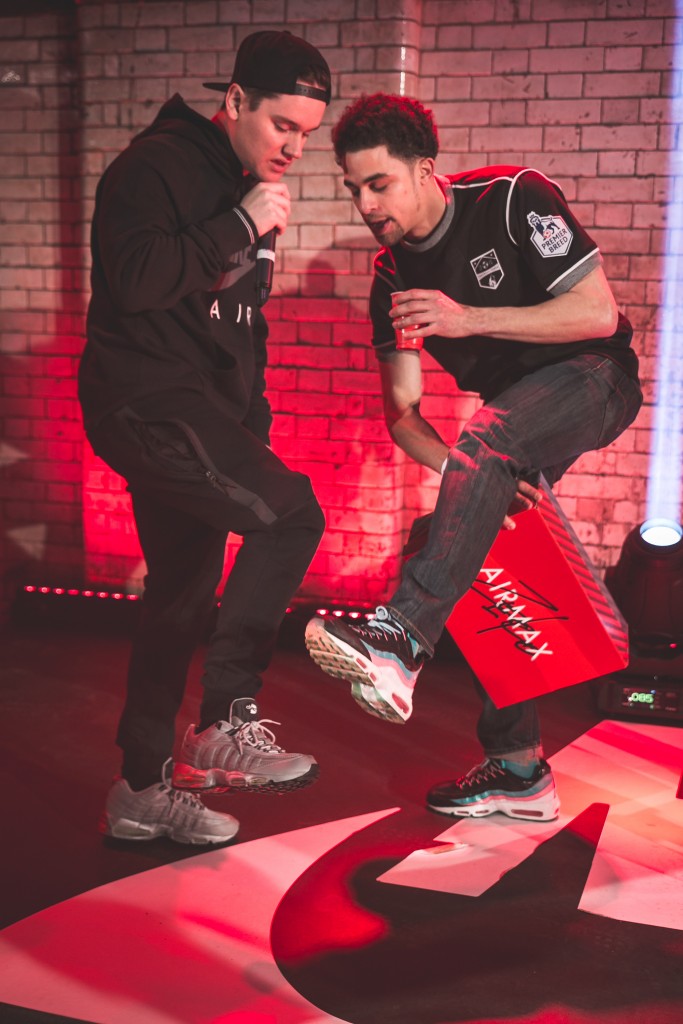 [Image by Courtney Francis] Footpatrol were the overall winners of the night, claiming the critically acclaimed Air Max 90 trophy along with 5 tickets to this years UEFA Champions League final in Berlin. 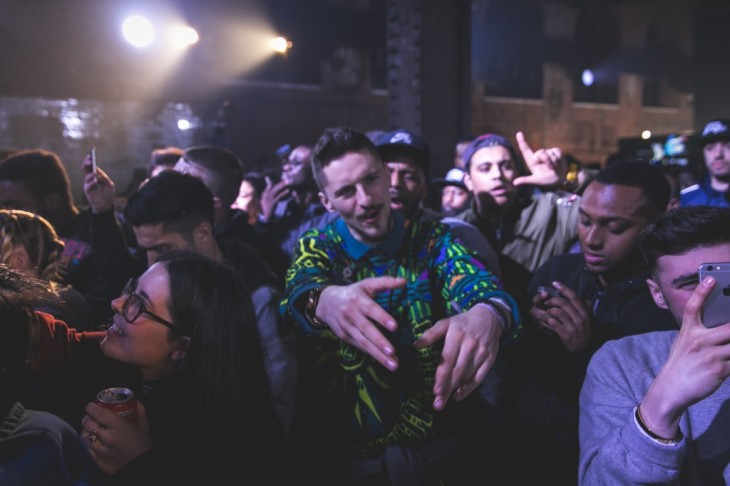 [Image by Courtney Francis] DJ Logan provided the soundtrack for the evening, before welcoming Novelist onto the stage. Skepta and Boy Better Know then came on to close the show. 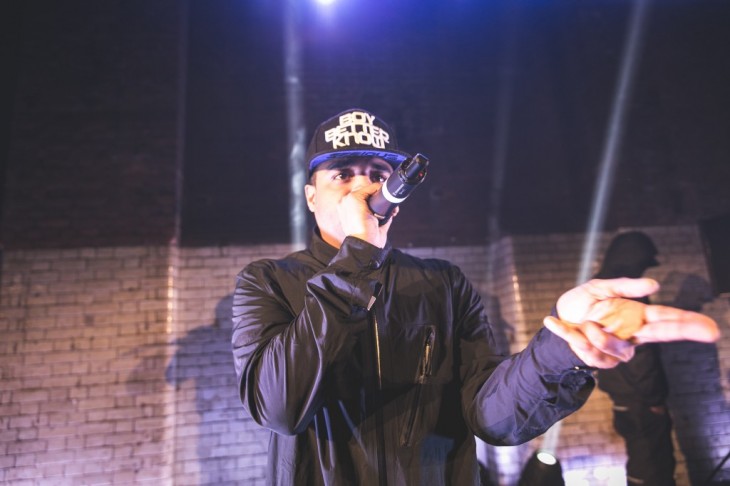 [Image by Courtney Francis] All in all, the event was a huge success; it united and brought together the whole spectrum of the community. The only question that remained from the evening is what does 2015 and Air Max have to offer next? 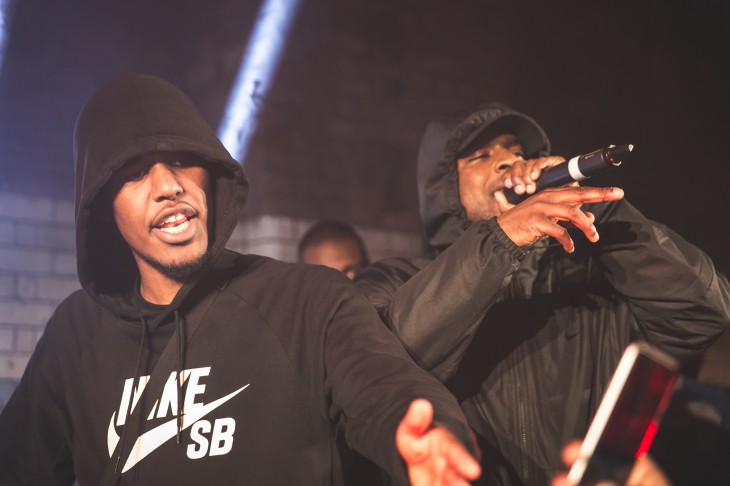