https://www.youtube.com/watch?v=062e8jBzW40 What is zero? Mathematically, it’s nothing; a number created to represent the lack thereof. But at Nike, zero is something. It represents the beginning, the initial thought, the stroke of genius from which great things are forged. In this regard, zero adds up to the Nike Air Max Zero, an idea put on paper 29 years ago that contained nearly three decades of innovation. It wouldn’t become the first Nike Air Max, but without it, the Nike Air Max 1 would not exist. The Nike Air Max Zero was the first step. The one before the 1. 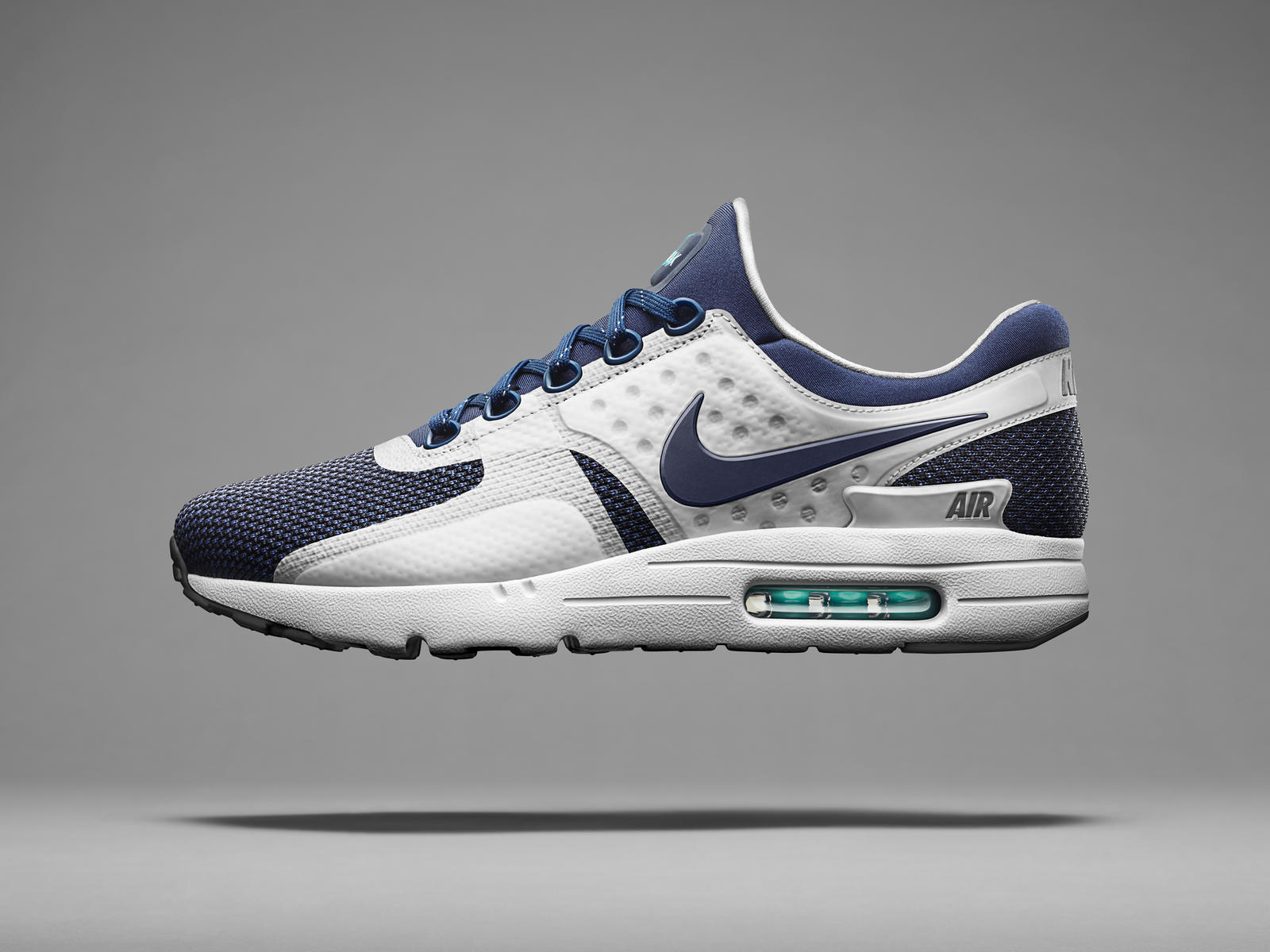 THE REVOLUTION THAT NEVER WAS “There was no brief or research, just a single revelation. I thought, ‘Why couldn’t we design an exciting new running shoe that reveals to the world what Nike Air really is?’” — Tinker Hatfield At the time, Nike had already introduced Nike Air, which was a big hit among running enthusiasts. But Hatfield knew that wasn’t enough. The sensation of air underfoot needed to be expanded to other senses. “I remember thinking about how we were making bigger and bigger Air-Sole units and that people needed to see and understand them,” Hatfield recalls. Nike had the technology. What it needed was the perfect package to reveal it to the world. So Hatfield put pen to paper to do just that. What happened next is history: Hatfield famously travels to Paris, where he sees the Centre Pompidou and is inspired by the building’s unique inside-out design. Upon returning to Oregon, he sits down and brings the concept of visible air to life in the form of a revolutionary running shoe. This is the story that most know – but it is only half true. The Nike Air Max 1 wasn’t designed in one shot. Rather, it was the result of several design iterations, one of the earliest being the concept of the Air Max Zero. Unknowingly channeling designs that would not come to fruition until many years later, Hatfield focused on a shoe that featured only the necessities for supreme comfort and performance. “I thought about sculpting the midsole to be more minimal, rising up where more support is needed and dropping back down where it isn’t," Hatfield remembers. He designed the upper to be comfortable and form-fitting, with a tipless vamp, an idea borrowed from the 1985 Nike Sock Racer. The sketch also featured an external heel strap that lacked a heel counter, a design concept that remained unseen until the Nike Air Huarache release in 1991. "It was pre-Huarache. Kind of like how sandals are designed to wrap around your heel, over your heel bone," Hatfield recalls about his original design. Put short, Hatfield had designed a shoe so advanced it could not be produced. “In many ways, it was ahead of its time,” Hatfield says. “Not just in regards to its appearance, but also in terms of the construction it required. The technology and materials available to us at the time weren’t advanced enough to execute the original vision.” Faced with reality, Hatfield was forced to reinterpret his design. This led to the creation of the Nike Air Max 1, which singlehandedly kickstarted a revolution in the running shoe industry. Visible air would soon make its way from running to basketball. Over time, Nike Air Max would transcend its running roots to become a lifestyle staple recognized around the world.

THE PRODIGAL SKETCH RETURNS Lost in the excitement was the Air Max Zero, a mere footnote to the Air Max phenomenon. But that would fortuitously change during a visit to the Department of Nike Archives, where the sketch sat forgotten for 29 years. Then one day the Nike Sportswear design team stumbled across an interesting drawing while searching for inspirations to celebrate the impending second annual Air Max Day. “There was an Air Max retrospective on display, complete with early prototypes and samples that had never seen the light of day,” says Graeme McMillan, the Nike designer tasked with bringing the Air Max Zero to life. “It was like an archaeological dig in terms of the items you don’t usually get to see unless you work there.” Once the team figured out the origin of the sketch, they knew what needed to be done. “The sketch was something that was never fully realized," McMillan recollects. "We thought it would be great if we could share this with the world and shed some light on the development of the franchise.” Almost ironically, McMillan’s first impression of Hatfield’s sketch summed it up perfectly. “I thought it looked like a more contemporary version of the Air Max 1,” McMillan says. He immediately noticed the Huarache and Sock Racer cues in the inner sleeve and the untraditional tip. He also felt the pressure mount as he realized he needed to reinterpret an archival Hatfield sketch and bring it to life. “There is a responsibility to do the design justice in a way that is faithful to the design intent, but also to add another element of innovation to it by building the shoe in a way we couldn’t have back in 1987 when the Air Max 1 was released," McMillan states. 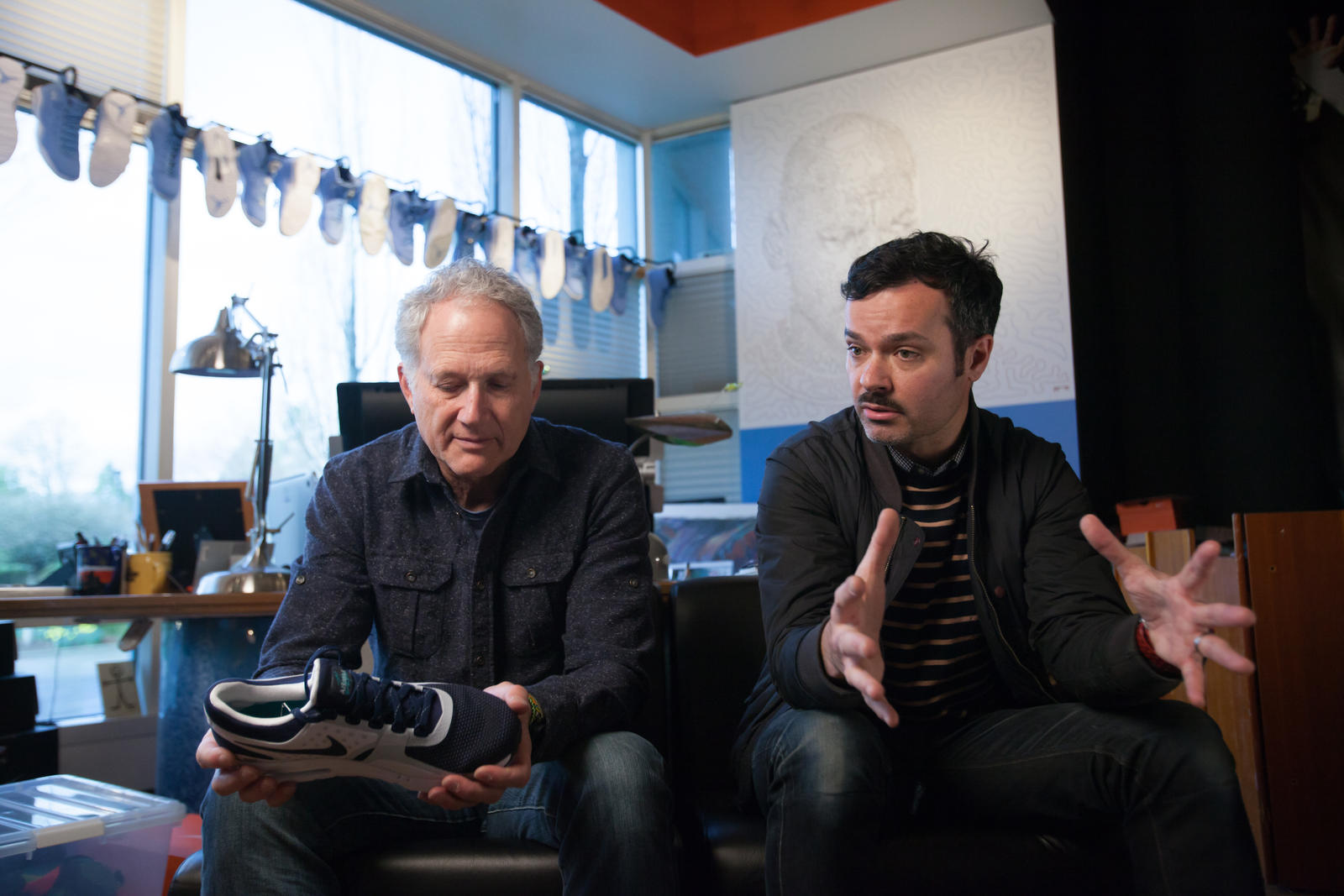 FROM PAPER TO PRODUCT To get started, the two design minds met, with Hatfield giving McMillan a full download. Hatfield emphasized his original design intent to achieve supreme comfort. To bring the sketch into the future and accomplish Hatfield’s goal, McMillan upped the ante by adding the latest Nike innovations. These included technologies such as the newly-introduced Air Max 1 Ultra outsole seen on the Air Max 1 Ultra Moire, with its cored-out Phylon construction, fuse uppers that reduce bulk without sacrificing support, and monofilament yarn mesh that helped build the unusual tip without sacrificing breathability. With that, Hatfield’s original concept was realized. The one before the 1 was ready to take it's first steps. “I love it. It features modern materials and construction methods, and I think that’s the only way to do it. That was then, this is now. If you handed me the project, I would have chosen new materials similar to what the team has done here.” — Tinker Hatfield. The Air Max Zero releases online on Air Max Day this Thursday at 8:00am GMT via direct links on our Facebook and Twitter pages and in size? Carnaby Street, Paris, Milan & Amsterdam from their respective opening times. They are priced at £140 in UK sizes 3.5 - 11 (including half sizes) [Source: Nike]