Last weekend Nike kindly invited us to spend time with them at the FIBA Basketball World Cup and Nike World Basketball Festival in Barcelona. With the sun shining and a feel good factor around the city due to both events taking place, there was something for everyone at all levels of the sport, from those completely new to the game to die-hard players and fans alike. 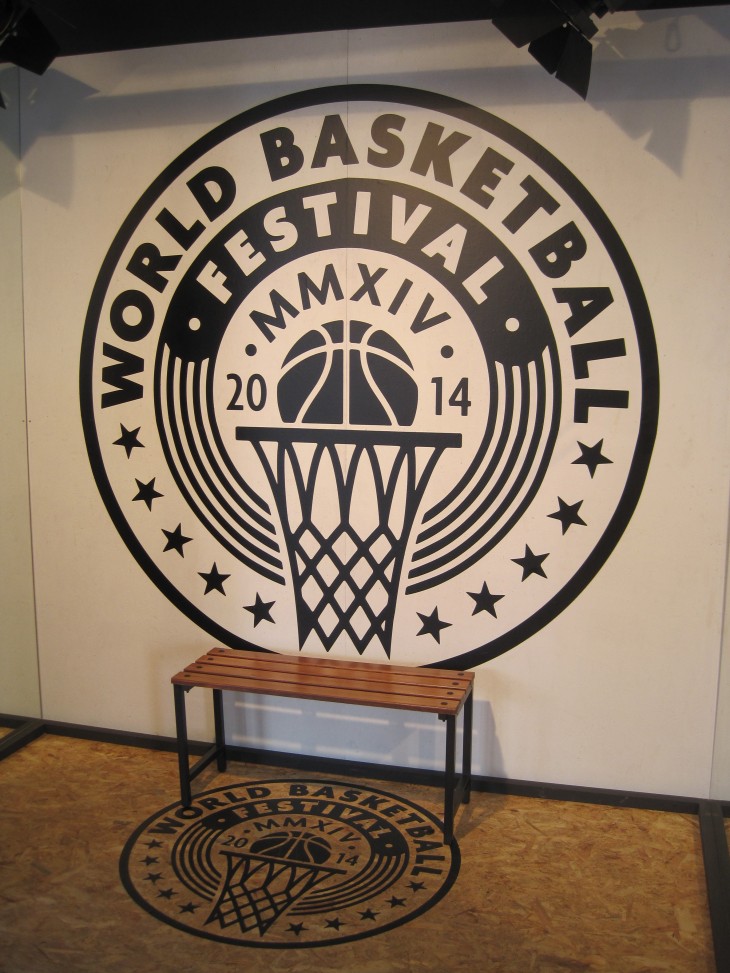 The event also coincided with the launch of the Air Jordan XX9 and we attended a specially commissioned Nike Basketball space set up for the latest version of the iconic shoe series. Along with every OG Air Jordan on display there was also exhibit dedicated to other notable Nike basketball footwear from 1992 to present day. This was followed by interviews with Brian O'Connor, VP and Marketing Director of Air Jordan and Leo Chang, Design Director at Nike Basketball, all hosted by well known journalist Gary Warnett. 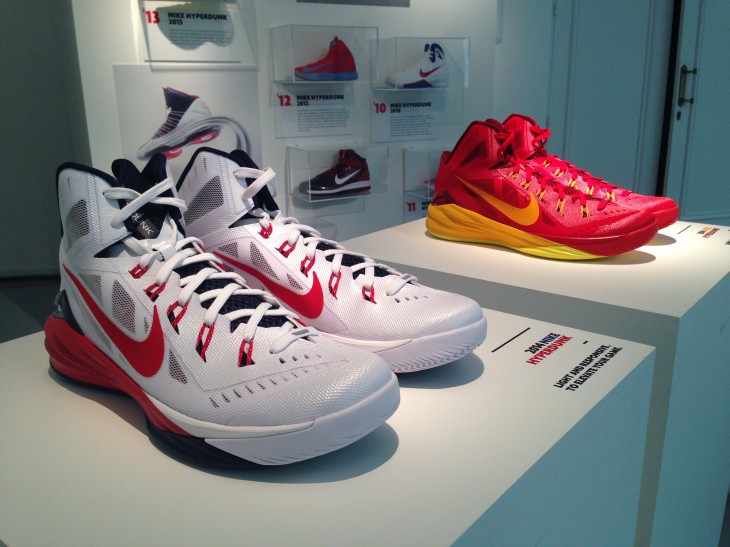 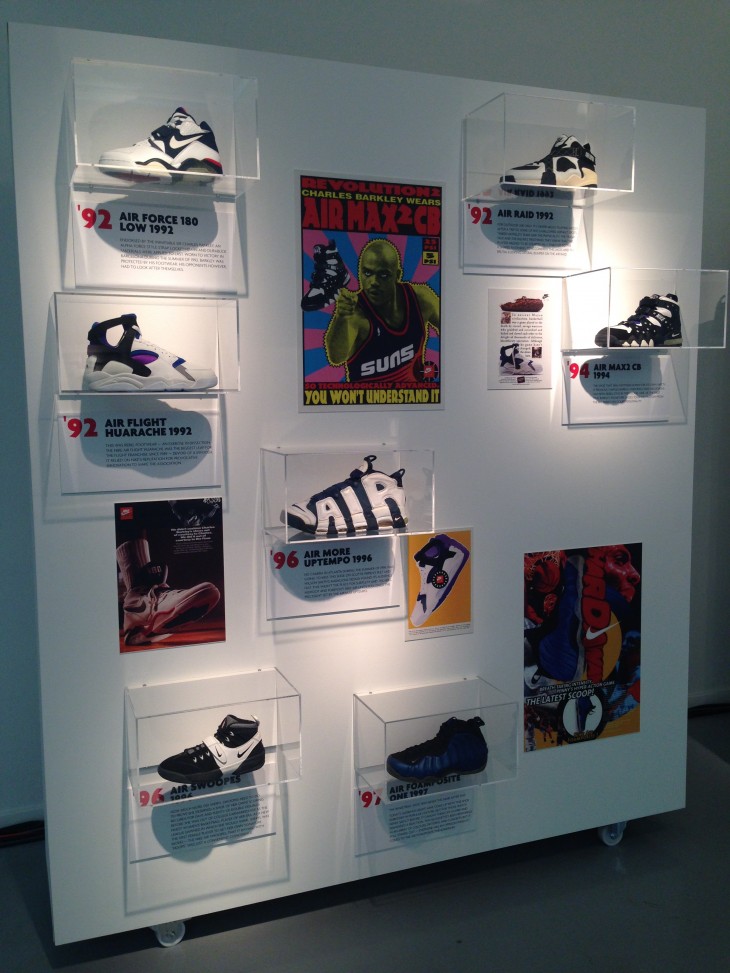 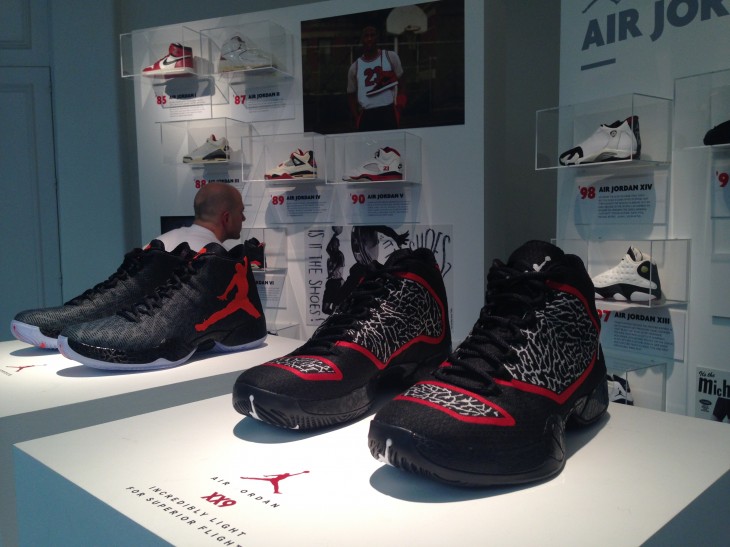 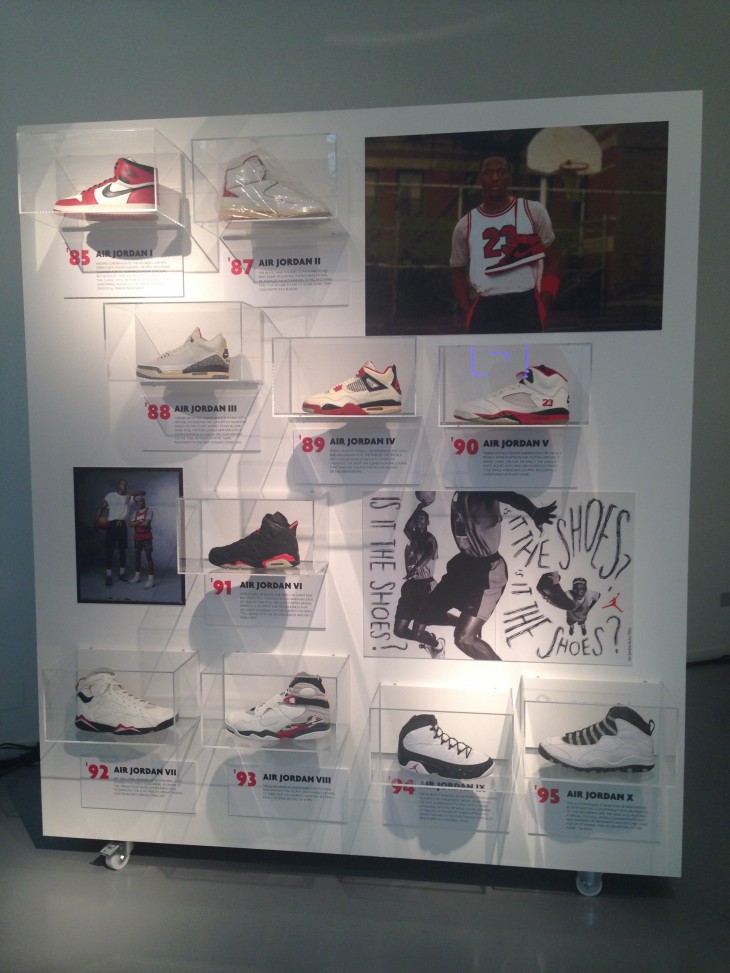 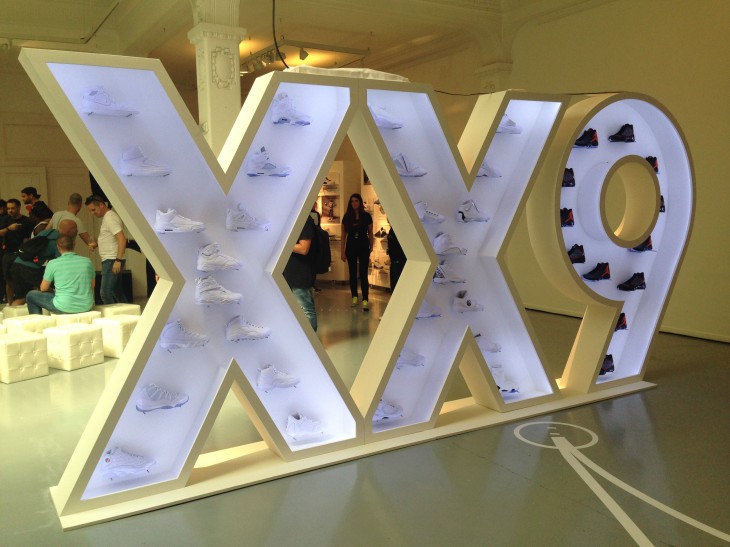 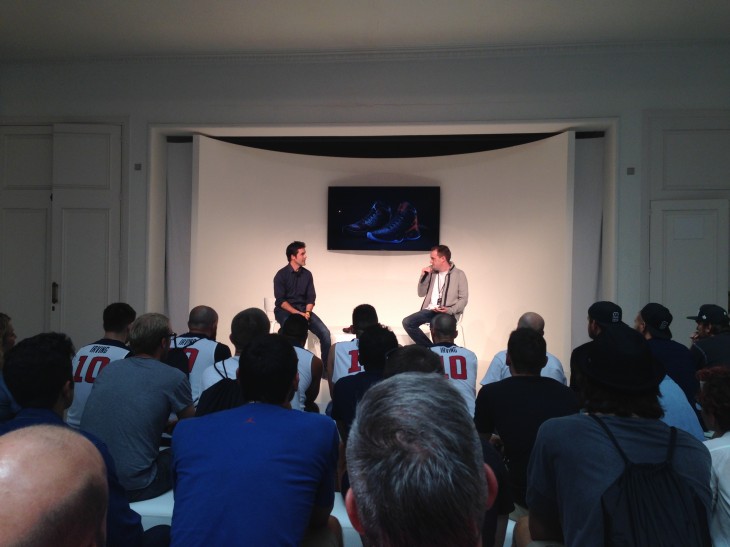 As expected the USA have been progressing comfortably in the FIBA Basketball World Cup, the 17th time the tournament has been held. Their Quarter Final game was against Mexico in the Palau Sant Jordi stadium, the same arena that witnessed possibly the greatest USA team ever assembled at the 1992 Barcelona Olympics. They easily dispatched their opponents and are expected to go on to win the final, especially now host county and fellow favourites Spain were knocked out by France. 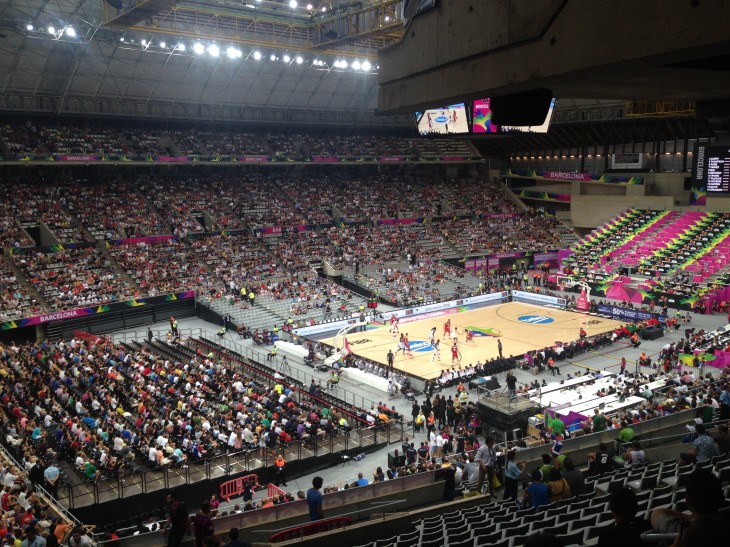 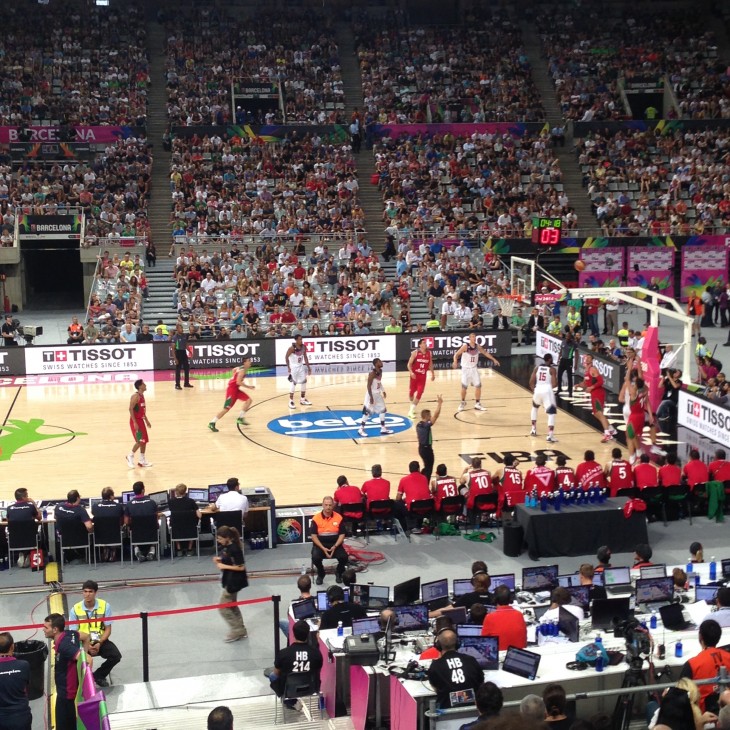 In the evening the Nike World Basketball Festival (WBF) venue hosted a screening of the critically acclaimed film Doin' it in the Park. The independent documentary directed by Bobbito Garcia and Kevin Couliau takes a look at the summer b-ball game across 180 public courts in NYC's five boroughs. They traveled to he majority of the locations by bicycle, carrying camera equipment and a ball in their backpacks and explores the history, culture, and social impact of the game.   The second day allowed us to explore the WBF venue at the front of the Marina in Barcelona's Old Port area. The event which was free for public had a number of half courts and nets set up for anyone to shoot some hoops whatever ability level. There was a full sized court set inside a temporary 4000 seater stadium, with various event and competitions held over the two days. There was also a Nike Barber's on hand to give stylish, court approved cuts with some fans even getting swoosh's shaved into their hair. A Nike retail space and iD area gave fans an opportunity to pick up the very latest basketball clothing, accessories and footwear including the new Jordan XX9, Kobe IX and Hyperdunk 2014. 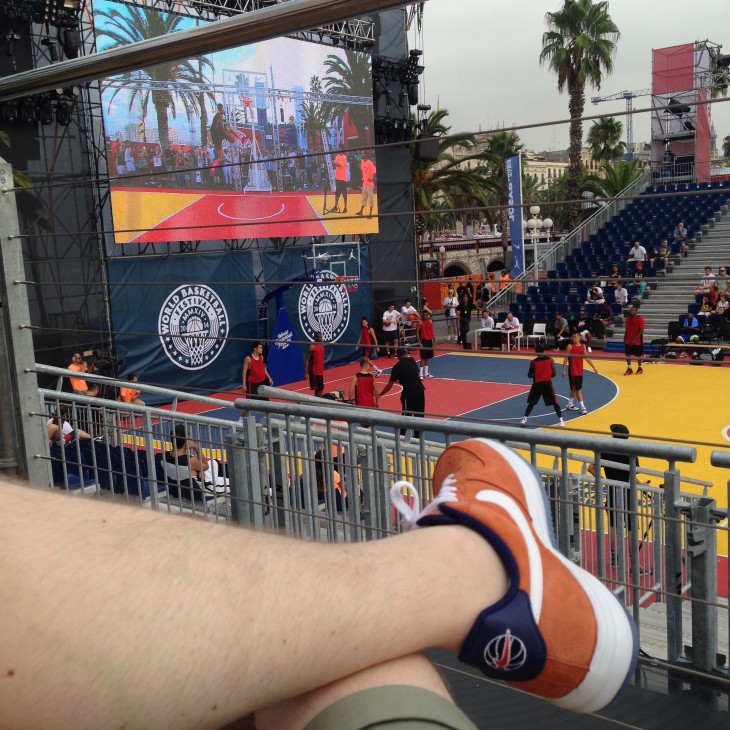 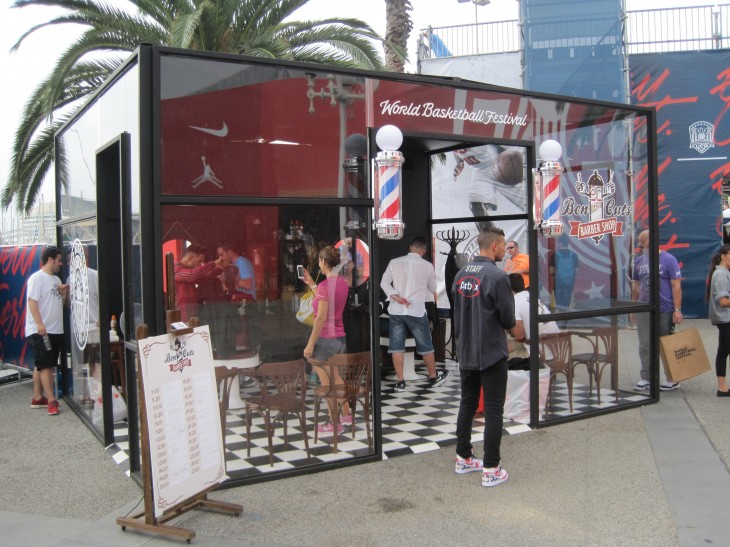 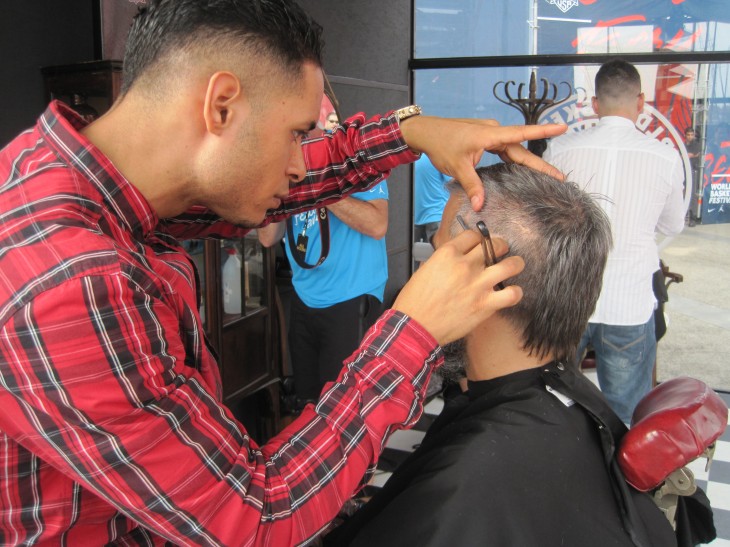 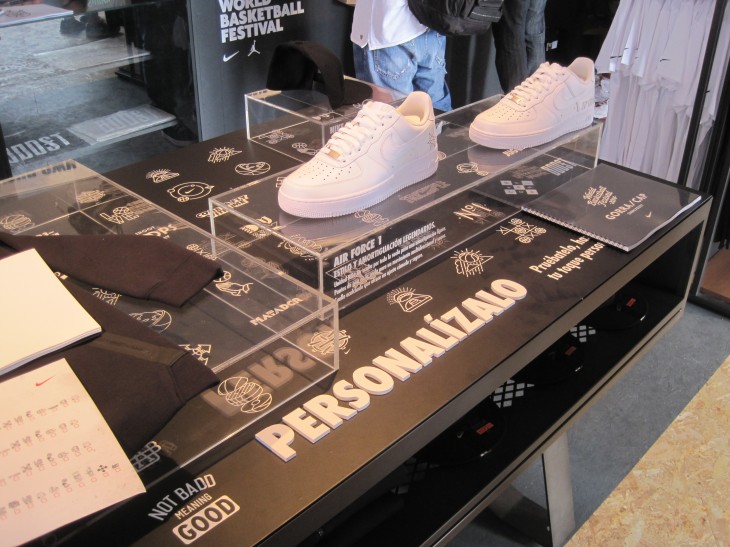 In an intimate setting for lunch we were treated to another interview, this time with 'Doin' it in the Park' directors Bobbito Garcia and Kevin Couliau . They talked about how much fun it was making the film (they played at every court they visited), how pleased they were that the game has grown and developed in Europe and the need for the NBA to widen it's global reach by playing more games outside the USA. 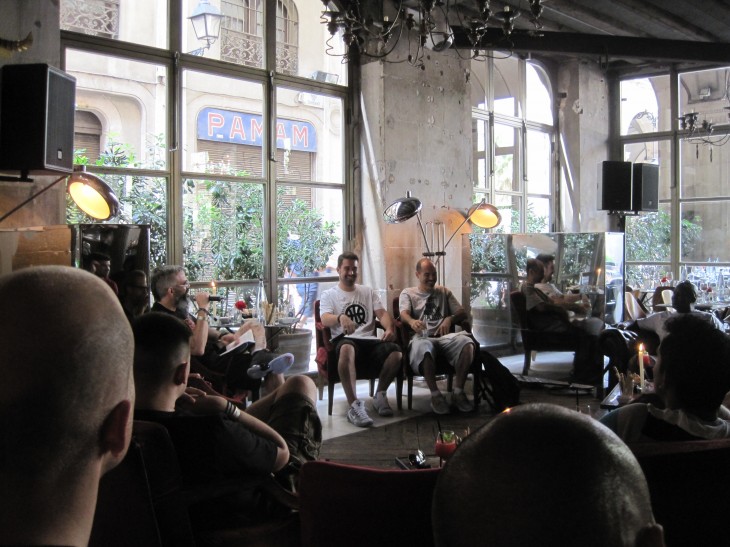 Nike saved the best interview to last though as we were taken to their rooftop hospitality lounge to meet 1992 'Dream Team' Olympic Gold Medalist and Basketball Hall of Fame member Charles Barkley. He talked about the fond memories he had of the Barcelona Olympics even though the USA team were under tremendous pressure to perform and win. They had that many world class players in the squad he said every training session was a huge battle because of the quality and the competition for a starting place. He went onto described his time with Nike and how he couldn't believe his luck when he signed his first contact as he didn't know he would get paid as well as get free shoes to play in. Now a well respected TV analyst he is still a big character in the game and has been a great ambassador for Nike for over 20 years. 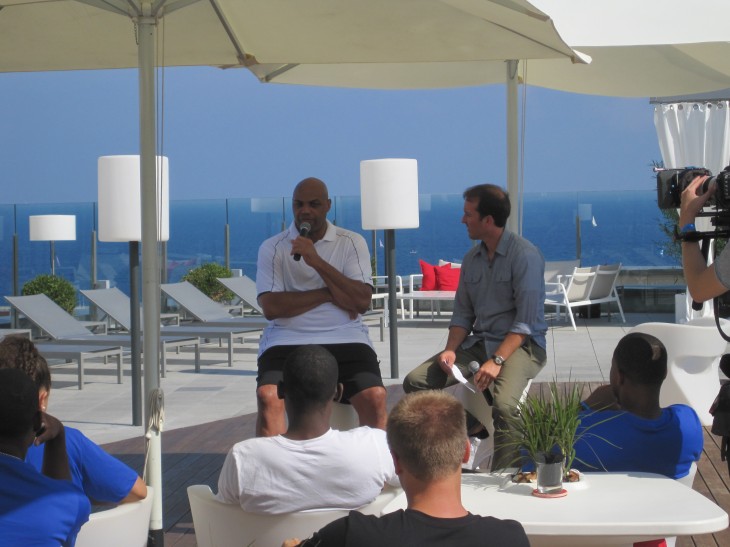 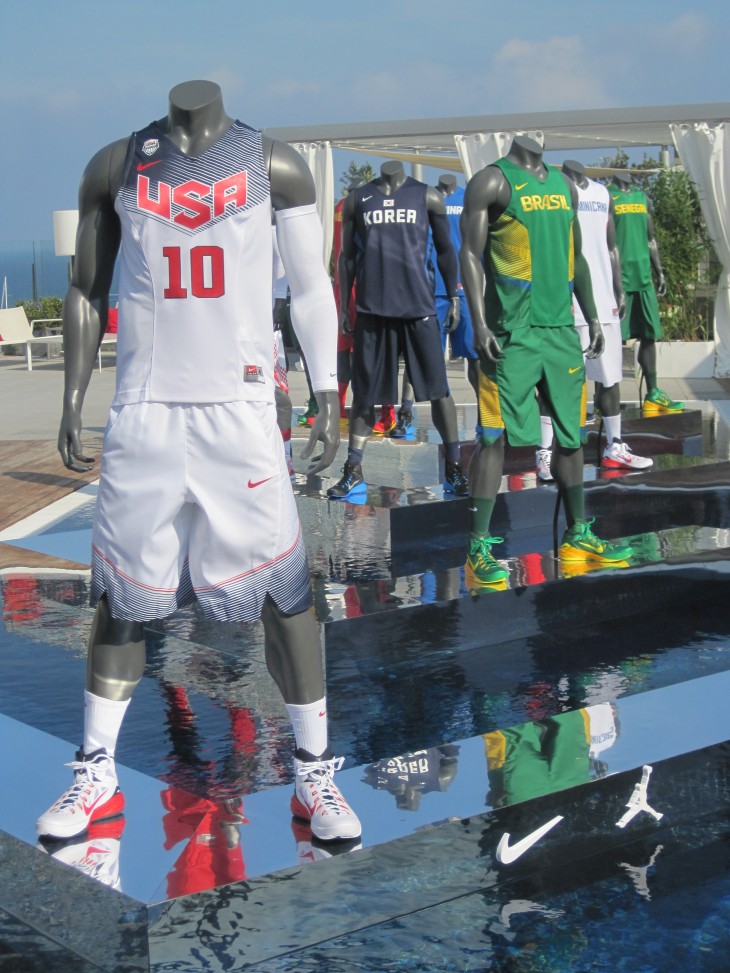 The WBF concluded on the Sunday evening with 'The Worlds Baddest Pick Up Game'. Earlier in the summer Nike had joined forces with Kevin Durant, Kyrie Irving and Anthony Davis, in search of  the 'Baddest' basketball players. More than 10,000 people throughout the world submitted their 'Baddest' basketball moves, with 16 finalists earned the chance to travel to Barcelona and play in this once in a lifetime game. As well as this game the 4000+ crowd were also treated to a 3 point and then a dunk competition. US hip-hop artist Common wrapped the weekend up with a set of his favourite tracks. 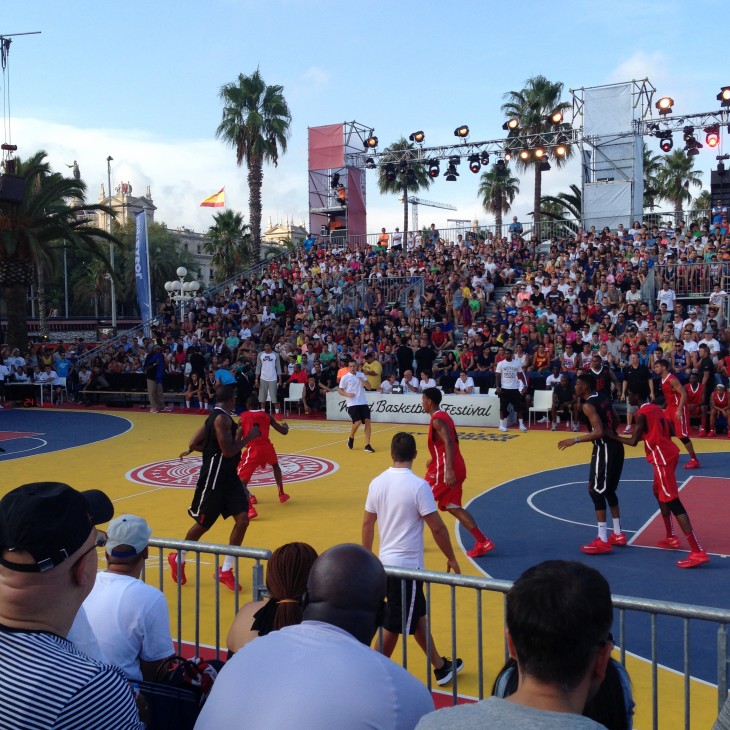 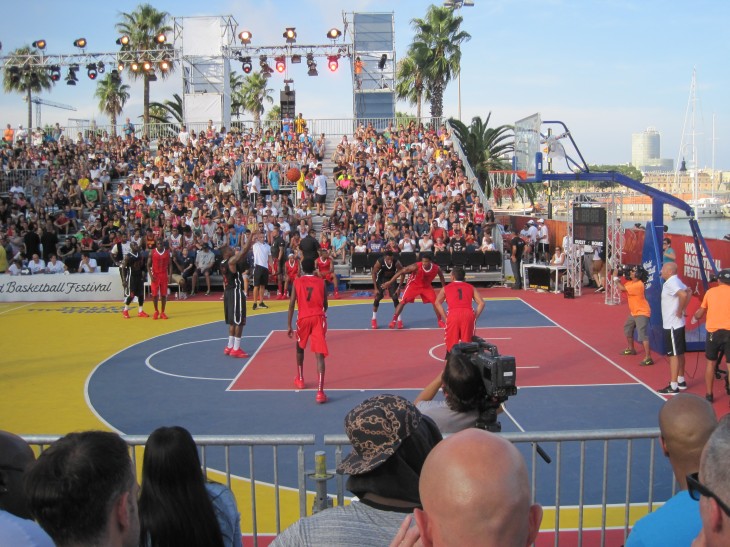 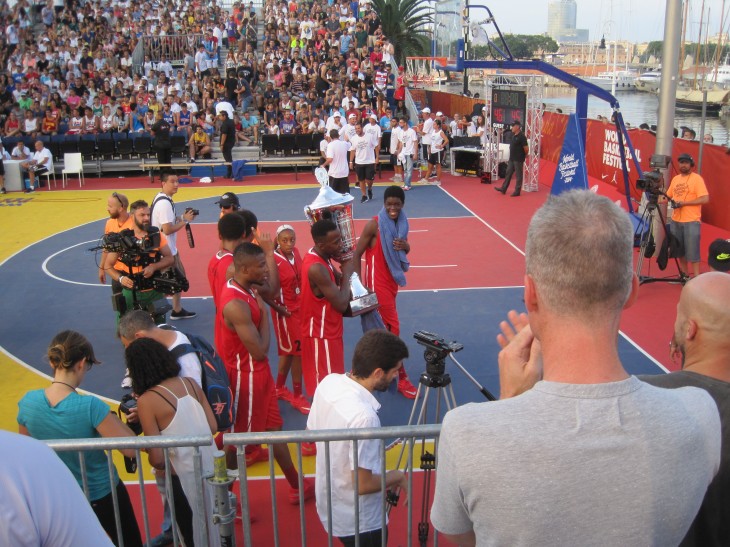 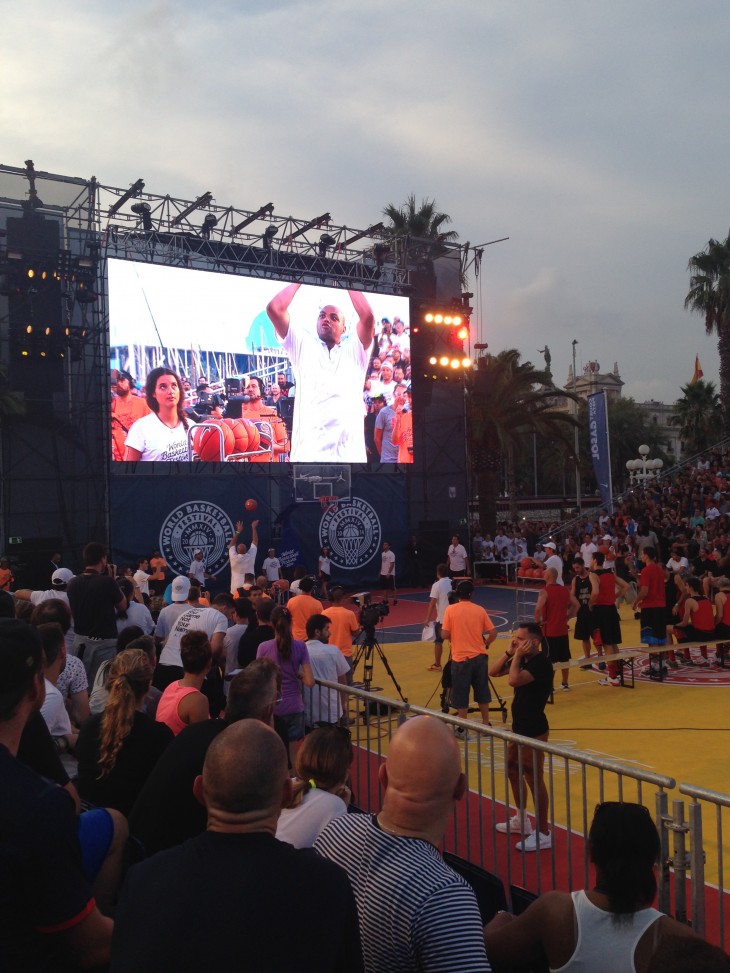 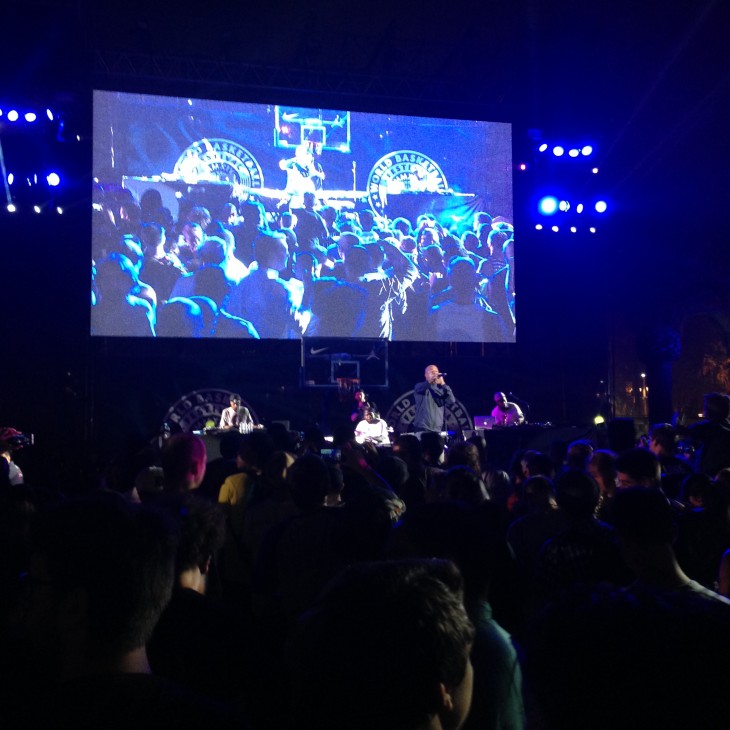 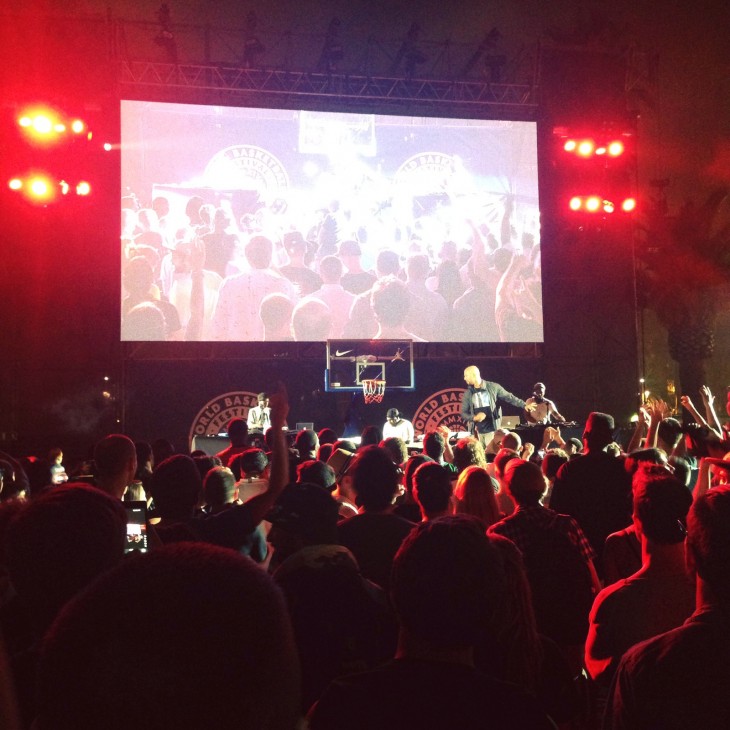