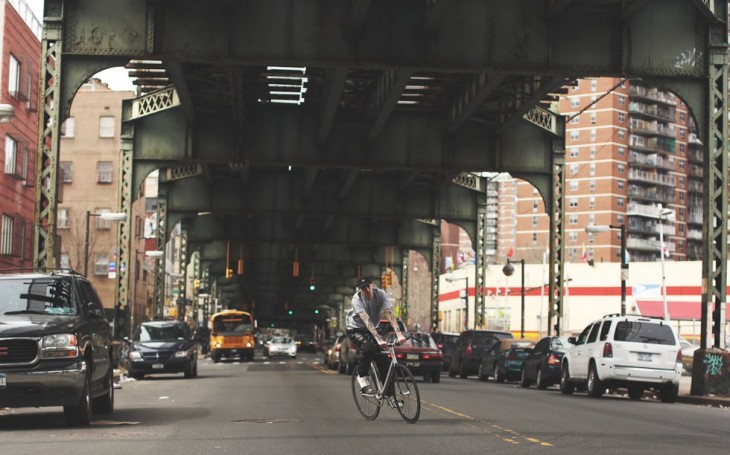 Breaks Magazine recently sat down with ICNY to talk about how the brand came about and how the clothing is inspired by creating a solution for a real life problem.

How did ICNY get started?

I used to work for Nike, so when I was working there I got into a pretty devastating bike accident, I was hit by a Suburban [Large Pickup Truck] in Brooklyn, New York while riding home and was run over by a car. I needed something to keep myself safe while riding and running at night so the next day at work I made myself my first pair of ICNY socks which essentially was taking a Nike sock and embellishing 3M Reflective onto it.

What does the business look like now? How many of you are there and whats a typical day like?

Typically every day I’m at the office 8:30/9am and I’m not leaving until 7/8pm at night, but generally I work out of two different spaces – a Manhattan office that I share with some people and I also work out of my Brooklyn print studio which is where we do silkscreen, letter press, art printing as well as apparel printing as well. Thats kind of where it started, the Brooklyn studio, and the Manhattan office is kind of a new step for us in establishing ourselves in Manhattan. 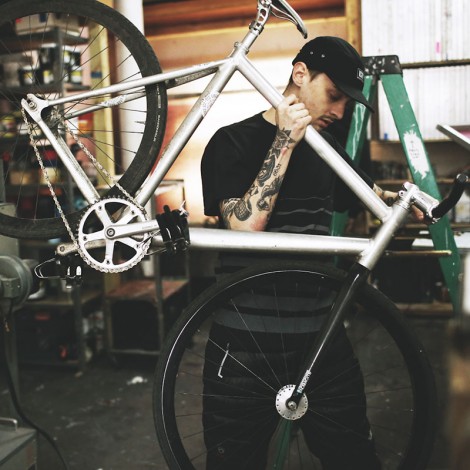 You come from a design background though right?

I dropped out of art school after one year, I was interning for a guy named Chase Infinite who happens to be the manager for A$AP Rocky. So after I got out of school I was interning for him at a small clothing boutique on the lower east side, before Rocky blew up. At the time I needed a job and I decided I wanted to work for Jeff Staple. I put all these posters up – they were the size of walls, huge prints basically saying ‘Jeff – I want to work for you’ and put them up from where he lived to where he worked, everywhere.

Two days later I got a call back from him, but the night I put those up I was arrested. I went to jail for 2 days for putting wheat-paste posters up on his route to work. I actually ended up getting his attention, I didn’t get a job with him but two weeks later Nike hired me for a job at the space I was working at before I got in my accident – The Bowery Stadium. At the Bowery Stadium we did all custom jackets, custom apparel etc.

What was the process of going from a designer to running ICNY full time? I was working at the Nike space and from there I started working with a bunch of different people. Nike, adidas, A$AP Rocky, Supreme, Alife etc. I was doing freelance with any of these people, and I had a chance to work with these people and learn more, gain knowledge and through that I realised I needed a real gig. I realised ICNY was something I was making for myself and for a few friends of mine as a solution for my everyday so I said hey, why not? I’ll pursue ICNY alongside my freelance, and after that the Nike Store closed. So I was kinda stuck with ICNY and my freelance. All my freelance money went to ICNY, and I was developing the brand that way. Essentially using all my freelance money to pay for the brand. Anytime I was getting a £1500 cheque from freelance, I would take that and buy a 50 yard roll of reflective material to then make clothes out of. It was constantly this give and go type thing where I was taking the money from one an giving to the other. To find the rest of the interview, head over to the Breaks Magazine website here. 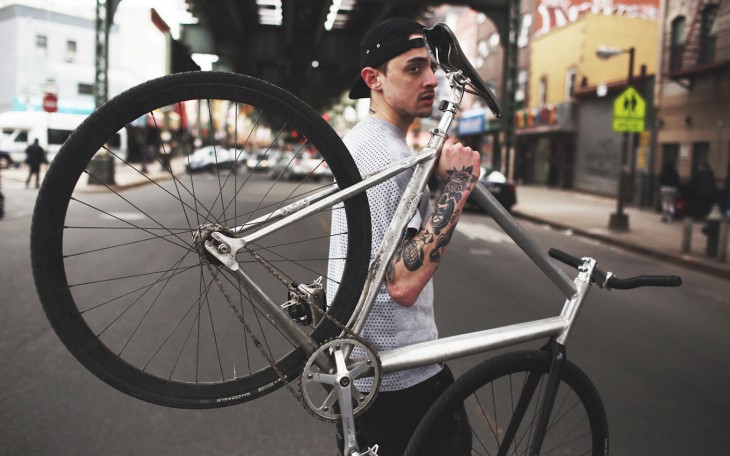