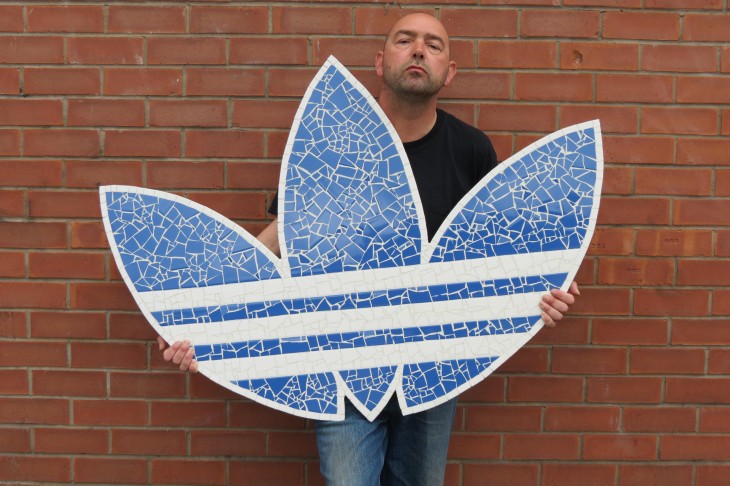 Mosaic: An artform which entails assembling pieces of tile, glass and stone to make an overall, bigger image. The earliest pieces date back to the Romans in the 4th Century, whereby they would represent mythical and prestigious subjects. Throughout the ages, the demand and appreciation for mosaics remained consistent; it can be found in Churches, Temples and Galleries. So, how would such an archaic and old technique be applied and fit into society in 2014? Cue - Mark Kennedy. Based in Manchester, Mark has built up a reputation as being the artist behind the mosaics dotted around the heart of Manchester; namely the Northern Quarter, Salford Quays and Affleck's Palace. Following on from his collaborative work he did with adidas Originals for the Stan Smith resurgence earlier in the year, Mark has rekindled their relationship for the re-opening of our new adidas Originals space at size? Leeds. We sat down with the man himself to talk tiles, technique and trefoils. size? - Firstly, if you would like to introduce yourself.. Mark - I am Mark Kennedy, a renowned Manchester Mosaic Artist, specialising in public art and also private commissions. I work with broken tiles in what I term the Barcelona style with a Mancunian twist. How long have you produced mosaics for? I have been making art in this style for over 20 years. 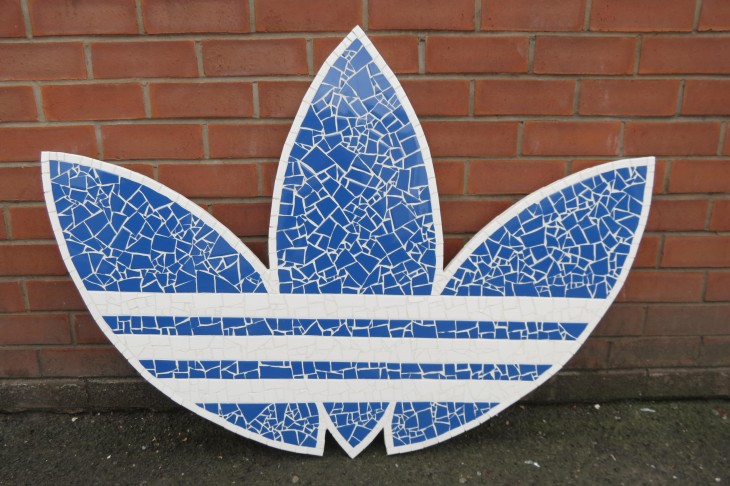 How did you first get into it? What inspired you? I lived in Madrid for a while. I then became a Buddhist monk living in Scotland. On my return to Manchester I started making Mancunian Iconography using broken tiles and filled the streets with them. What is the process for creating each piece? What's the procedure? Each piece is unique so every piece takes a individual amount of time depending on it's complexity and size. This Trefoil piece has been quite unique being one of the first piece's of art ever done in the UK with glow in the dark grout. Where does the adidas connection originate from? adidas picked up on my work because of my connections to several independent shops in the Northern Quarter of Manchester. 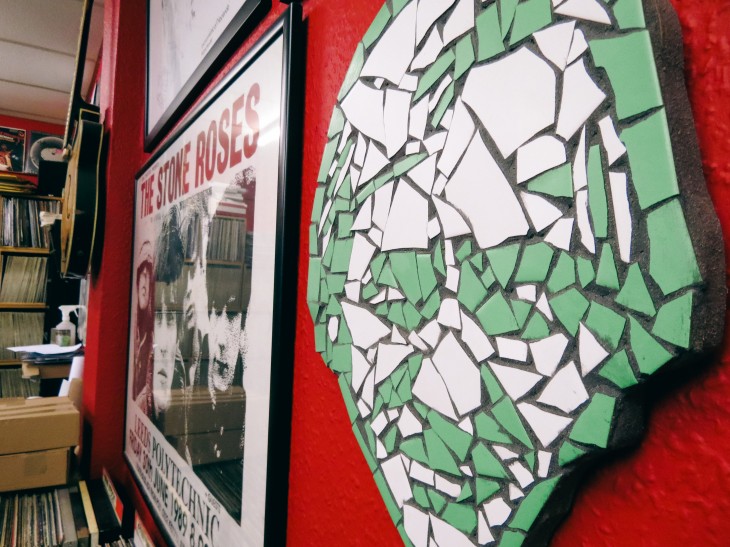 Favourite pair of adidas? My favourite pair at the moment are the green original Stan Smiths, but if I get my hands on a pair of Hamburgs they will become my favourite pair. That's how it works for me. What's next for Mark Kennedy? Who knows where every piece I do will lead to. Every piece of art I do has a piece of me in it. It’s quite satisfying to see a finished product and you can stand back and admire your handy work, but also a little sad when you have really enjoyed doing it and it has to go. You just don’t know when the next commission will come through the door. 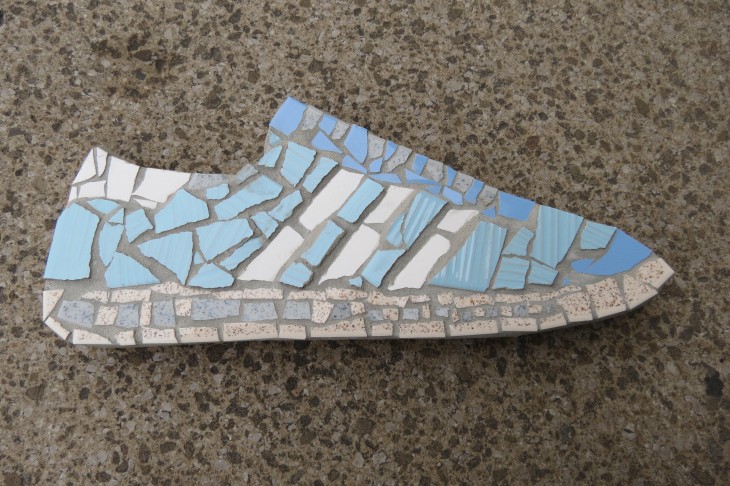