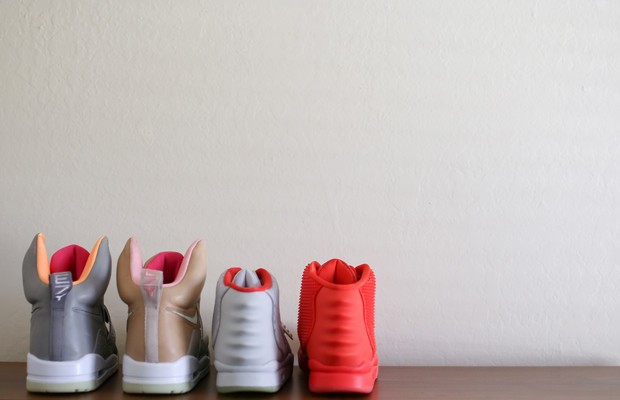 I’ve never owned Shutter shades. I can’t get down with leather pants. You’ll never find me rocking an all-red outfit. And I would never spend $120 on a plain white tee. Despite these sentiments, you might be surprised to hear—I'm a Kanye West Stan. That's right: I’m guilty of being hit by “The Kanye Effect.” In the past, I've popped my collar on occasion and scoured eBay for vintage Polo Bear sweaters. For five years, I even ran the (now-defunct) blog DressLikeKanyeWest.com, a site whose sole purpose was dedicated to documenting Kanye's style. And believe me, I have the Google Analytics numbers to prove that plenty of people wanted to dress like the man. A lot happened in those five years. There was Pastelle. There was the Rosewood Movement. There were leathers and kilts. But during my tenure as a dedicated Kanye fan, nothing has been more impactful than his selection of sneakers. And I’ll even be the first to admit: Kanye West influenced my sneaker choices more than Michael Jordan.

Sure, it was Jordan's tongue wagging, late-game heroics, and aerial display that caught my attention. Everyone wanted to be like Mike, including me. I wanted “White/Cement” IIIs so I could jump from the free throw line and “Concord” XIs to avenge the play where Nick Anderson spoiled MJ’s comeback run in 1995.

Off the court, though, MJ’s influence was basically non-existent.

Despite Kanye West’s megastar status, it was easier to relate to him than Mike. Maybe it’s the marked difference in aspirational quality. Taking off 15 feet away from the rim and completing a dunk? Basically impossible. But looking cool and holding your own at a party? That's something that any teenager or college kid could relate to.

Despite Kanye West’s megastar status, it was easier to relate to him than Mike. Maybe it’s the marked difference in aspirational quality. Taking off 15 feet away from the rim and completing a dunk? Basically impossible. But looking cool and holding your own at a party? That's something that any teenager or college kid could relate to.

Kanye showed me Air Jordan VIs and VIIIs could look good casually. I bought VIs and wore them with a chambray shirt because of Kanye West. I wore those bulky VIIIs, equipped with cross-straps, with slim denim because of Kanye West. I basically bought two Jordans that I once considered ugly because of Kanye West. He made them look good—casually, out in the street, and with no effort at all. That’s something that even MJ couldn’t do in basketball shorts and white tube socks when he won his 1st and 3rd championships. 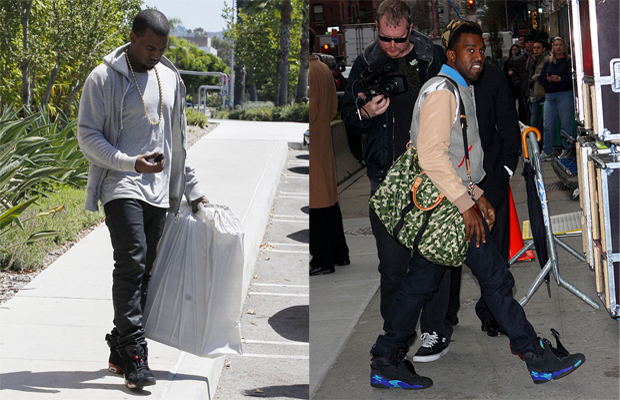 If those Jordans were the beginning of the journey, the Nike Air Yeezys could be considered the peak of my fandom. It was 2008, and Kanye sported a pair at the Grammys and later that summer at the Glow in the Dark Tour. I'd only camped out for a pair of sneakers once before, but when the first colorway released in 2009, there was no question about it: I had to have them. 16 hours later, I left with a pair of “Zen Greys” in hand from True in San Francisco. Fast forward to six years later, and I'm lucky to say that I own four out of six Nike Air Yeezys that have released—all at retail price. And though I have much less tolerance and time for campouts, if there were a first-come, first-serve opportunity to snag another pair of Yeezys, I'd be in line in a heartbeat—lawn chair, blanket, snacks, and extreme patience in tow. While the Kanye West/Air Yeezy chapter in Nike’s history is finished, I’ve managed to quench my incessant thirst with other sneakers from the Swoosh that don the infamous “Yeezy” colorway. You know, “Black/Pink/Green.” I copped the “Solar Red” Foams earlier this year and even doubled up on the “Mint” Roshe Run FB. When a new sneaker is available on NIKEiD, I go straight to creating a “Yeezy” colorway, just to see how it would look. (So far, the KD IV iteration has been the best). Of course, it's easy enough to get someone who's already a fan of the Swoosh to buy a pair of Nike shoes. But to get someone to spend upwards of a thousand dollars for a pair of shoes from a brand they never cared about? That's an entirely different story altogether. I was fresh out of college when Kanye dropped his 10-sneaker collection with Louis Vuitton. I was 22 and only had an internship lined up—in other words, I had no business buying anything from Louis Vuitton, let alone anything from the collection. But I’d be lying to you if I said I never considered going H.A.M. and dropping a stack on something from the collaboration. 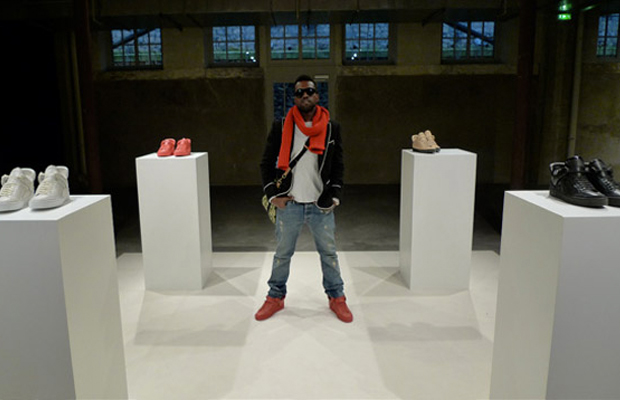 It’s easy for me to justify financial irresponsibility when it comes to a Kanye-designed sneaker. I was at a crossroads. Credit card bill or Hudsons? Car payments or Dons? Rent or Jaspers? Luckily for me, practicality got the best of the Kanye West Stan in me, and here I am, still without LVs.

If these past sneaker collaborations serve as an indication, then it should come as no surprise that I’ve already been counting down until ‘Ye’s adidas collection is finally revealed. While I’ve never outright established that I’m loyal to Nike, before this year, I’ve only owned two pairs of sneakers that donned the Three Stripes. It was the Kobe 2 and a pair of Crazy Lights 1s. This year so far, I’ve already purchased four adidas sneakers—two ZX Flux, the O.G. Stan Smith, and a Pure Boost.

"It’s easy to justify financial irresponsibility when it comes to a Kanye-designed sneaker."

Am I subconsciously buying these shoes to say that I’ve been up on adidas even before Kanye dropped his collection? Perhaps—even so, the stars (or shall I say, stripes) have aligned in adidas’ favor. Just when the most influential star is about to launch a collection, adidas has coincidentally been putting out really great, game-changing sneakers. And all this means is that when Kanye finally releases his collection, it’ll be that much easier to get down with given my recent interest in the Three Stripes.

I get it—there are plenty of reasons why no one in their right mind would own up to being a Kanye Stan. Believe me, I’m already imagining the comments. But if you can look past the rants, the public persona, and all the media attention, you'll find a person that just about anyone can relate to. It's right there in his lyrics. He has the same goals as you and me. He has the same insecurities as you and me. And he has the same way of pushing through his self-doubt as you and me: Through music, creativity, and most notably, style. Why not take something from that?

We've all been Kanye West Stans at one point or another. I'm just the first to admit it.