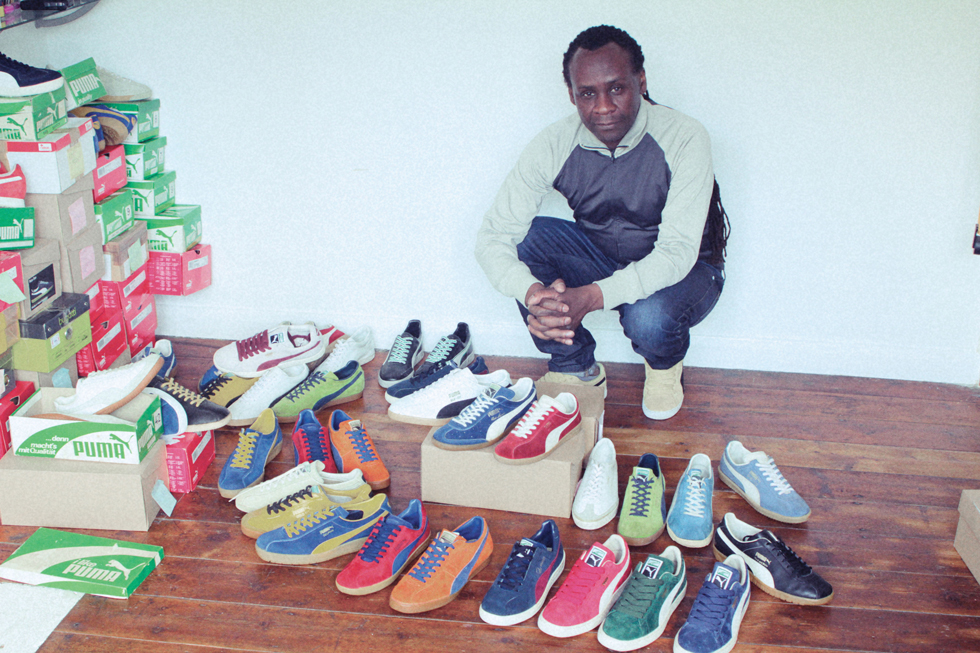 Normski caught up with eatmoreshoes co-founder Errol to talk about the PUMA States ahead of their upcoming re-release tomorrow, Friday 14th March… Normski: Hi Errol, so tell us what you do and how long you’ve been doing it for? Errol: I’m a photographer primarily. About 3 years ago, a friend and I started a website called eatmoreshoes.com to talk about brands we really like such as PUMA. We gather shoes together from different factories and shoot our own photography, write our own words and interview collectorsand designers. We collate anything that makes the product tick really. It’s really just putting all of the dots together into one place. How long have you been collecting PUMA? Not that long actually, about 4 years now. I’m very particular about the models I like. I don’t like to call myself a collector, I just acquire things. It’s just something I’ve got from another collector who doesn’t have any intention of wearing them. There’s nothing better than seeing a box fresh pair of shoes, tissue paper, box in mint condition and everything. Even the brands recognise there are bits missing in their archive and they have to track people down like us to find original shoes again. How many people are in the ‘eatmoreshoes’ crew? It’s primarily me and Dylan Cromwell, who’s based in Berlin but we also have a lot of contributing writers like James Barrow and Ollie Teeba does a bit now and again. So it’s a bit of a network but it’s mainly me and Dylan. How many people do you think know about your website? Well that’s a tricky one. I mean we’re on social media obviously; our Instagram, Twitter, Facebook have a pretty good following. I don’t actually look at the figures as much as I should but we’re always getting e-mails from different people asking us about our work. It’s not as easy as people think. There’s a lot of competition and everyone seems to have an Instagram account and have got something to say about their shoes. You notice that people are a lot more active now on social networks; it’s a smash and grab situation at the moment, that’s how I see it. 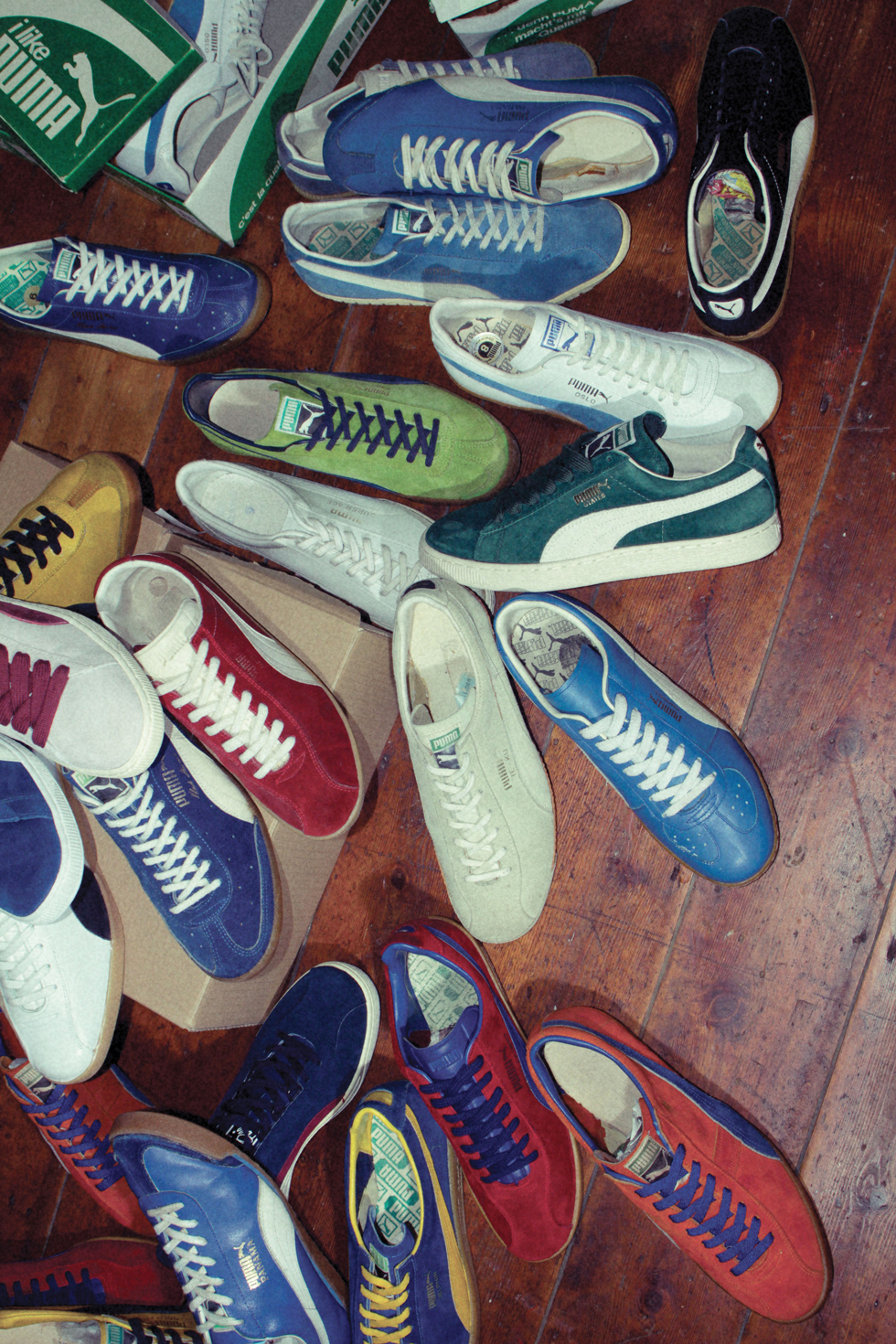 Are you in direct contact with the brands you write? It would make sense if you were but do you think people are taking you seriously with the things you say? We’d love to have more involvement from the brands on a regular basis. I think brands like PUMA do notice us and have been in touch a few times. We’d love the relationships to be a bit deeper. There are so many people setting up blogs in the hope that brands will see them as an outlet for their product. The competition is tough and the market is probably a bit saturated so the brands can be pretty fussy. But I’m always highly critical about what we do. Whether it’s the photography, writing style, getting the right interviews and different models of shoes together – these are my main focuses. Is that why you heighten your quality? To stand above those people who just post little Instagram bits every now and again? I don’t like to knock other people but our main focus is to get our own writing and our own pictures, but to do it on a regular basis is a lot of work. It’s not about totally getting new product; it’s about getting back product. There are enough brilliant PUMA shoes out there to photograph without even touching upon what’s been out the last couple of years. It’s good when we get this older product because it makes the brand map clearer. It’s not like we can’t survive if we don’t get any new products to write about. What’s your first memory of PUMA? When I think back, it’s all the sports people that used the wear PUMA. I was a bit too young for some of it but when you look back at some of the historical people in PUMA’s history like Tommy Smith, Pele, Maradonna and even Cruyff - they had some really nice trainers in their careers. Cruyff made a brilliant shoe for PUMA and Pele’s done quite a lot of good shoes as well. Everyone’s familiar with the Pelebut not everyone knows about the dark blue one, the Pele Granat. It’s exactly the same shoe as the original Dallas but no one really knows that and it’s an amazing colour way. He’s done loads of good shoes for PUMA even the Brasil’s, that’s a nice shoe that’s a classic. You’ve got more of a terrace feel to your collection and I’m sure there are plenty of people who will go absolutely nuts for those. How many pairs do you think you’ve got in total? Of PUMA? Maybe a hundred pairs or so…there a lot more bits of pieces next door and some at my girlfriends flat. It just takes over the whole place really. Luckily I’m fortunate enough to have a girlfriend with a two bedroom flat - maybe I’ll stay with her for a while! What’s your favourite ever pair of PUMA’s and why? I think it’s probably the green PUMA Comet. It’s just such a nice colour way and the original Cruyff’s are nice as well. They’re a kind of orangey-gold which was an amazing colour way from the 70’s. PUMA have had so many brilliant colours that are really well matched but really unusual mixes but it’s these colours I like the most. 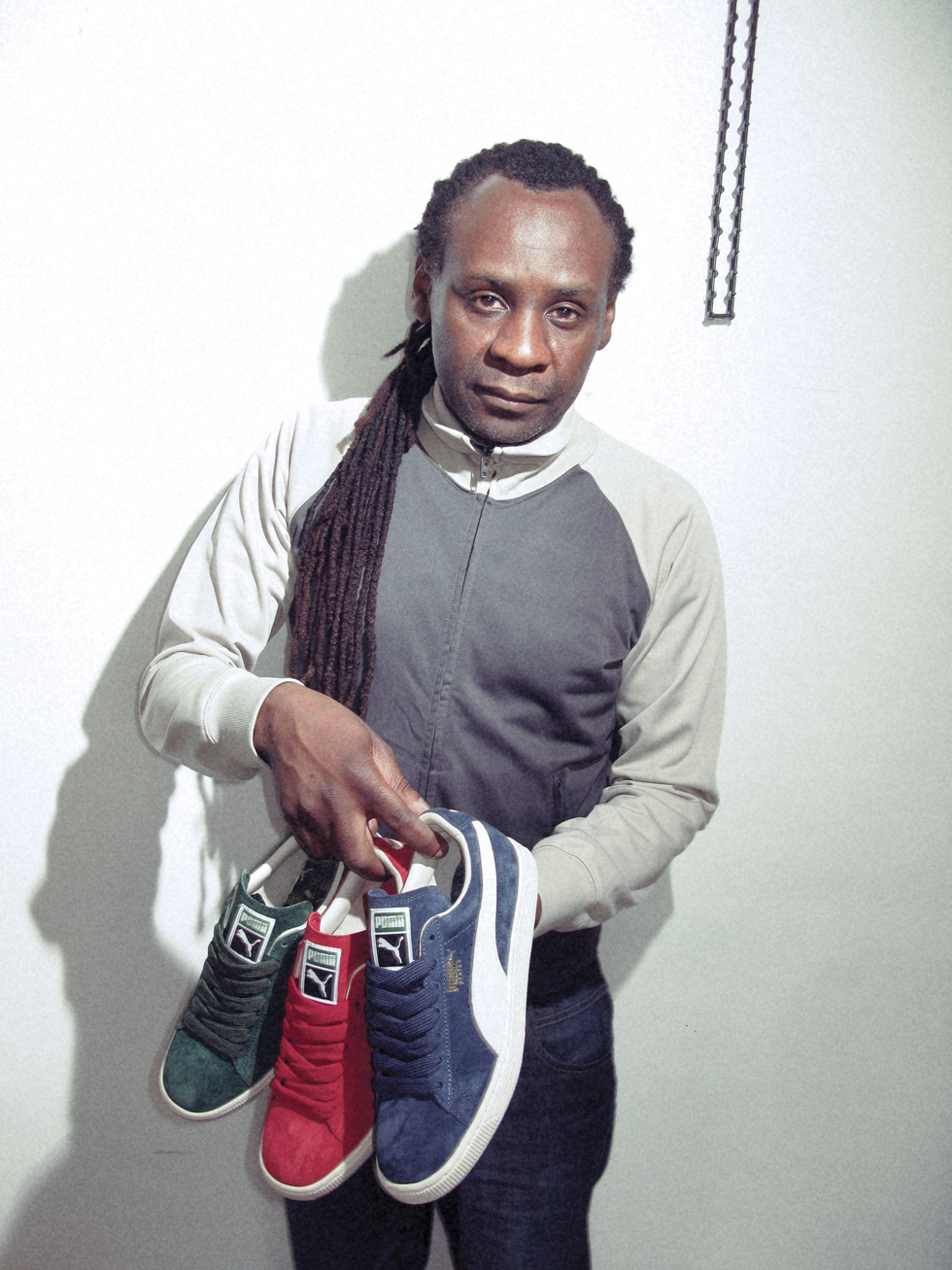 Why are you such a fan of PUMA? I find the whole story between the two Dassler brothers really interesting. I think PUMA have made some really amazing shoes that I think people have really forgotten about. I know it sounds weird but I’m like something that isn’t always in people’s faces. You know there are other brands that put out hundreds of shoes a year or a week even and we know who they are, but I think some things get lost. But with PUMA, if you look back at their archive, you can pull out some brilliant stuff. I kind of like this perceived underdog that PUMA has compared to other brands. But some shoes are really sought after but everything with PUMA has a reason and I like everything they’ve done with sports people from their history. That’s always interested me. Just as an example, pull out one of the interesting historical moment that you really liked… Well the Tommy Smith thing, when he won his Olympic medal, holding his PUMA shoes, fist up in the air - that was great. UK…States are obviously from America but how do you see that the UK has put their stamp on them? I was always under the impression that the PUMA States came about because no one knew what the Suede was. There used to be nothing on them except PUMA. So they were called ‘States’ because that’s where they came from or PUMA ‘joints’ or whatever. I think the brand heard about it and then started to actually brand them as the ‘States’ to fulfil what people were saying. Made sense to me! It’s kind of weird because there’s a lot of Clyde’s and Suede’s but if you actually look at lots of the originals, they’re not actually called anything. They’re just called PUMA. Even on the original boxes, it just had a number and a letter at the end to define the colour. I think it’s brilliant if that’s what happened; officially creating the PUMA States because people in the UK automatically identified them as that. It must have caught on because it went around Europe and even went back to America. It just made sense to name them the ‘States’. Do you have any memories of the PUMA States? I wish I had something that could top your Footcred story! But there were lot of trainers that were leather back in the day so when you did see a pair of suede shoes, it was just another level. Even suede trainers now, it’s just a bit more luxurious. In this country, you’re aware of the weather so when you start wearing suede shoes, you’re going against the elements. Shoes are expensive now but back then...I went to buy a pair of trainers in South Norwood and I got two pairs for 40 quid – I mean 40 quid was a lot of money back then and to have two pairs to rotate was a great feeling. I must say you’re a bit of a PUMA connoisseur and your interest goes beyond just the one style. Which PUMA styles would you want to see re-released? There’s a few actually… but then again… the PUMA Comet. This shoe is probably lost in PUMA’s archive so they’d probably have to reverse engineer it but it’s such a great simple shoe. The PUMA States in red/white, forrest/white and navy/white will be launching on Friday 14th March online at 8.00am GMT via direct links on our Facebook, Twitter and a dedicated e-mail newsletter. It will also be available in all size? stores on the day (from their respective opening hours) priced at £60. 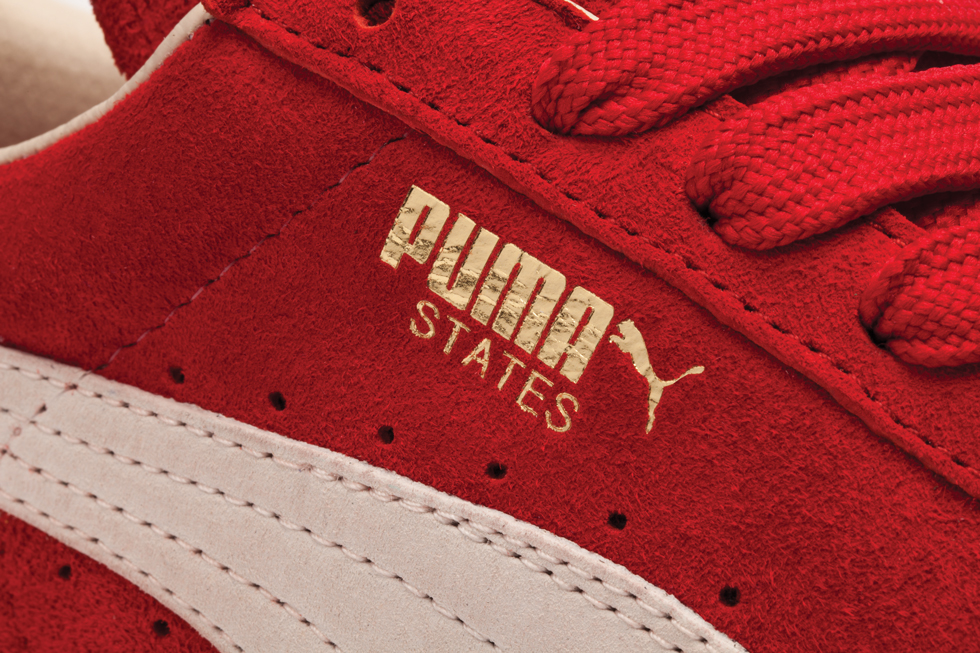