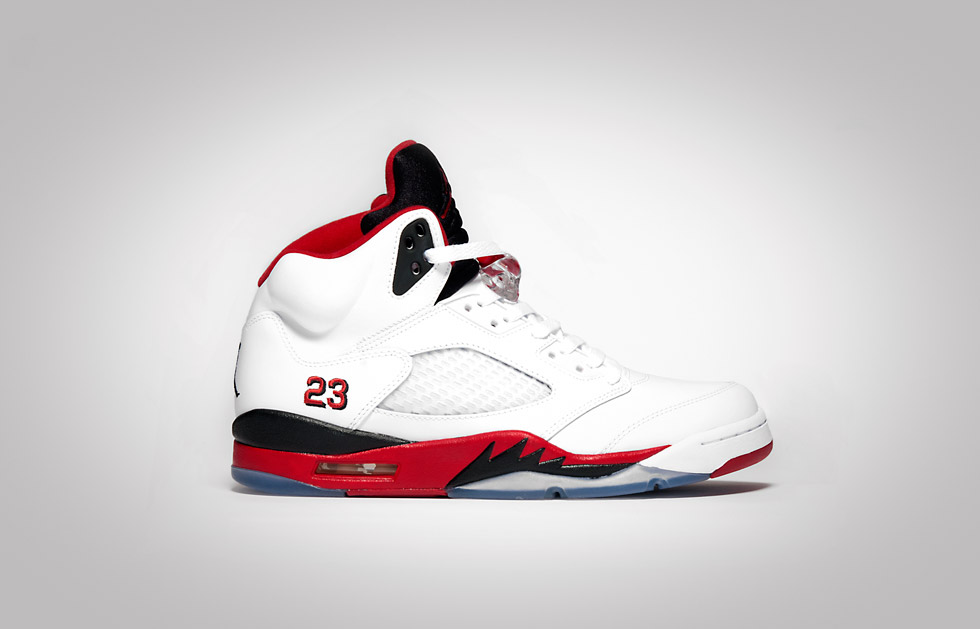 Unlike the Air Jordan V OG ‘Fire Red’ that released earlier this year, this celebrated model is back for a second round, presenting itself in the more colourful ‘Fire Red’ colourway. Although a lot of the general aesthetics are the same, such as the fighter plane motif along the mid sole and ‘Back to the Future’ inspired clear outsole, this 1990 model wasn’t originally released to the public due to the limited edition jersey number embroidered on the heel. At the time of initial release, this ‘Player Edition’ had been limited to only 100 pairs, and were both given to unfortunate children and auctioned off to charity creating a wide-spread search for them throughout the 1990s. Now back for its third re-release, the Air Jordan V ‘Fire Red’ will be available from Saturday 31st August online at 8:00am BST via direct links on our Facebook and Twitter pages, as well as a dedicated email newsletter. They will also be available in all size? stores, priced at £135 / 170€ and available in Infants (UK3-9), Childrens (UK10-2), Juniors (3-5.5) and Adults sizes (UK6-12). 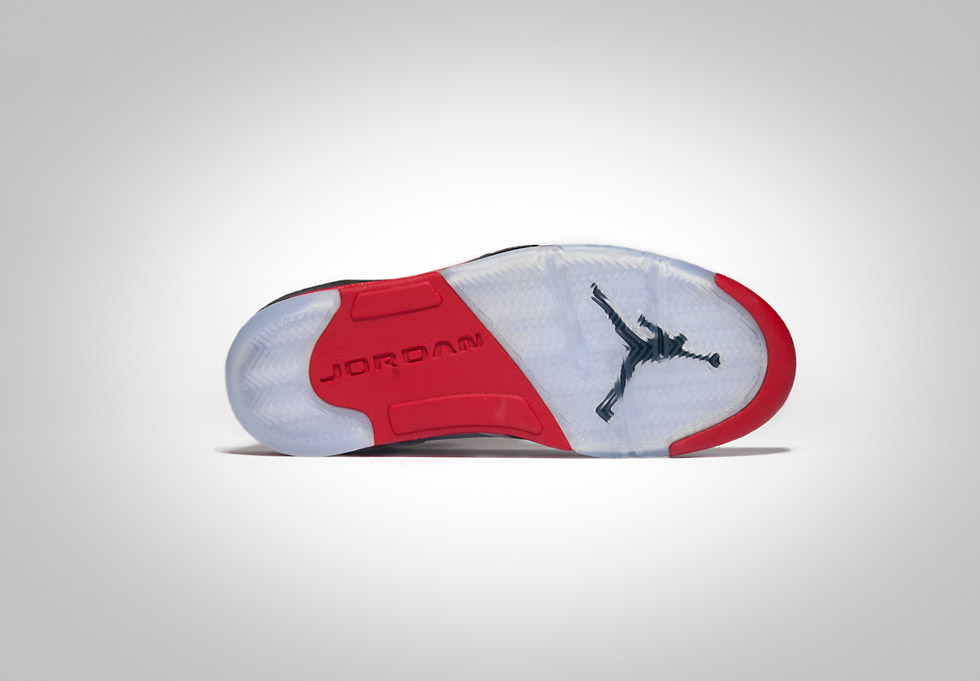 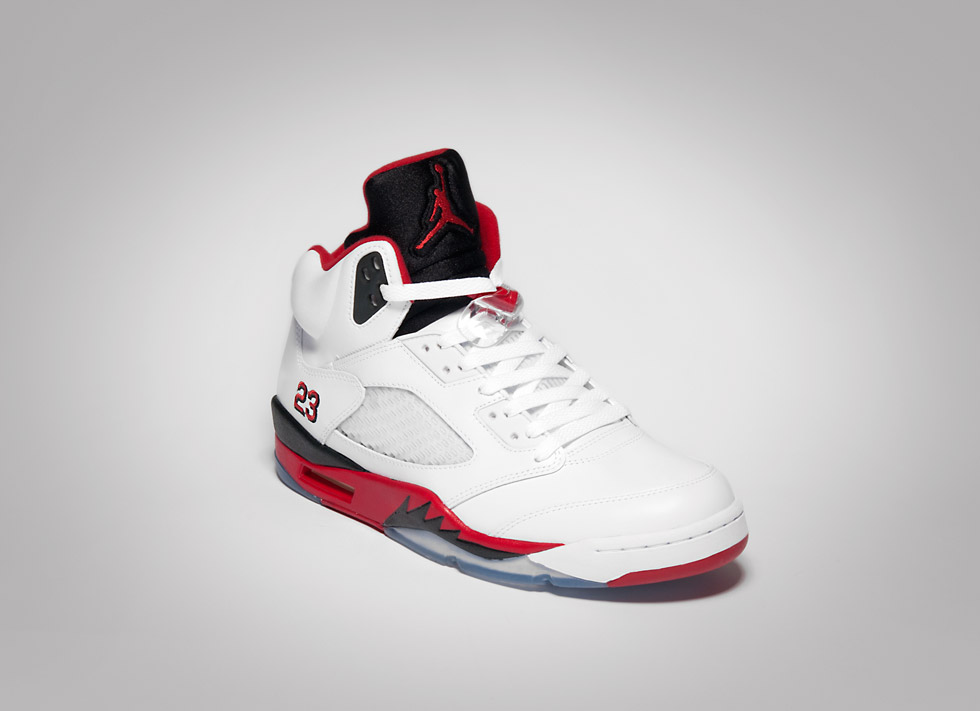