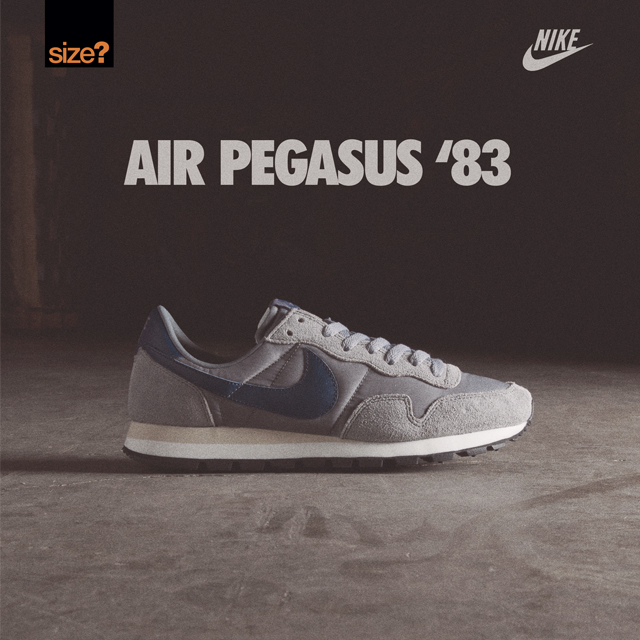 The Nike Air Pegasus ’83 OG now available in the original colourway from all size? stores, in sizes 6 – 12UK, priced at £90. They are also available online HERE The first and original Pegasus was designed and finally released at the start of the 1980s, incorporating a full-length Air sole unit, long before Tinker Hatfield created the now famous visible Air series. A European sales rep once described the first Nike Pegasus running shoe as looking like a “rainy day,” with its gray base color and navy accents. But ever since the shoe made its debut in the running circuit in 1982, it’s been mostly sunny skies for Nike. Like many Air projects in the early 1980s, the Pegasus ’83 OG was outfitted primarily in breathable and very lightweight nylon mesh, along with supportive suede, which was highly popular at the time. The sleek silhouette, named after the majestic winged horse of Greek mythology, offered customers top tiered performance and innovation in a moderately priced package. With it being more accessible, the Pegasus had no need to be as flashy and overt like other styles of the same age, and so was kept clean with a colourway that had been described as a ‘rainy day’. 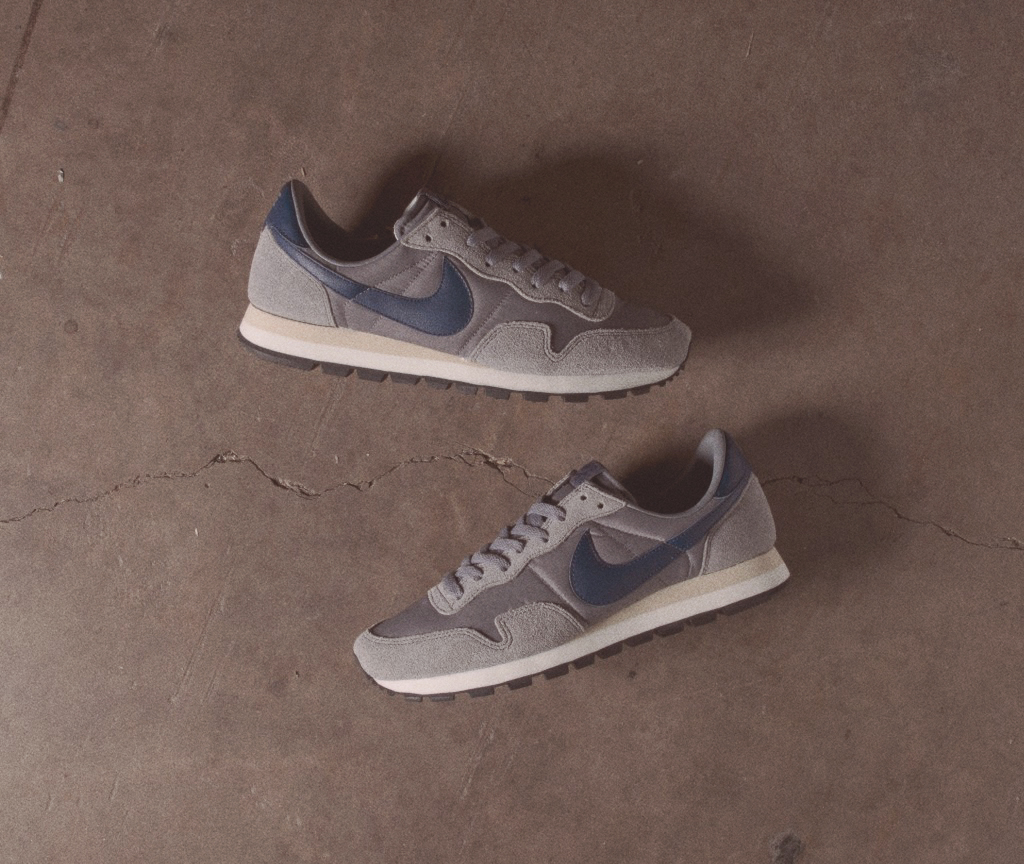 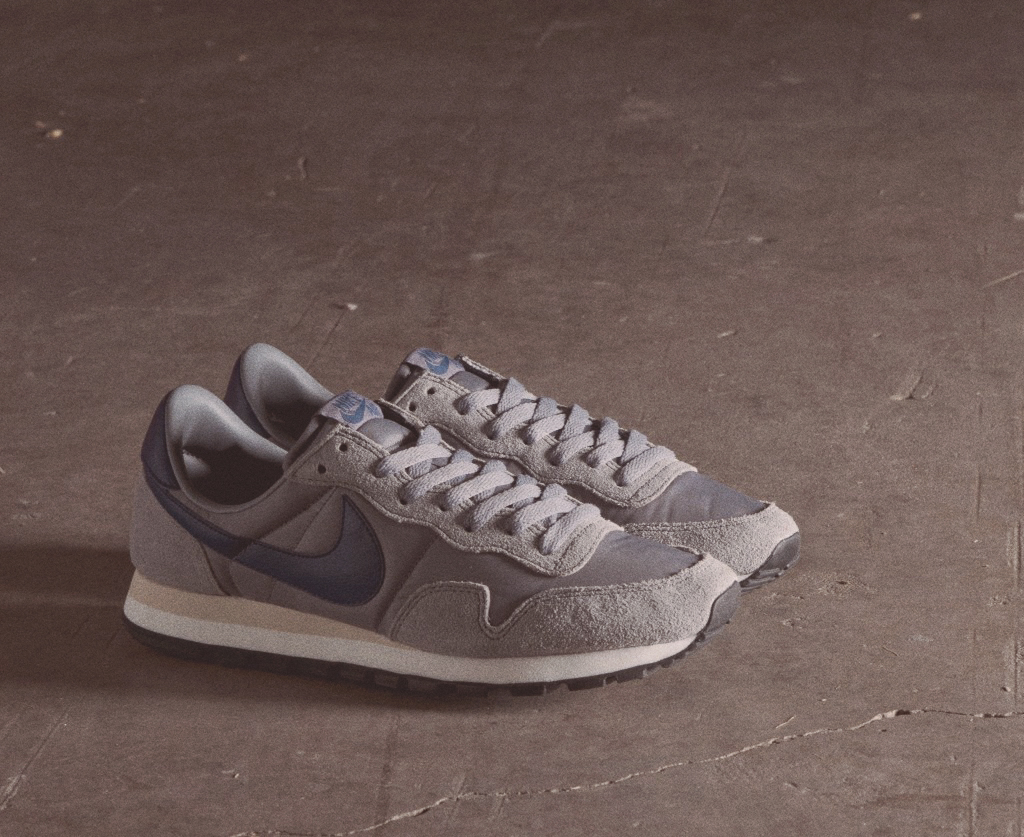