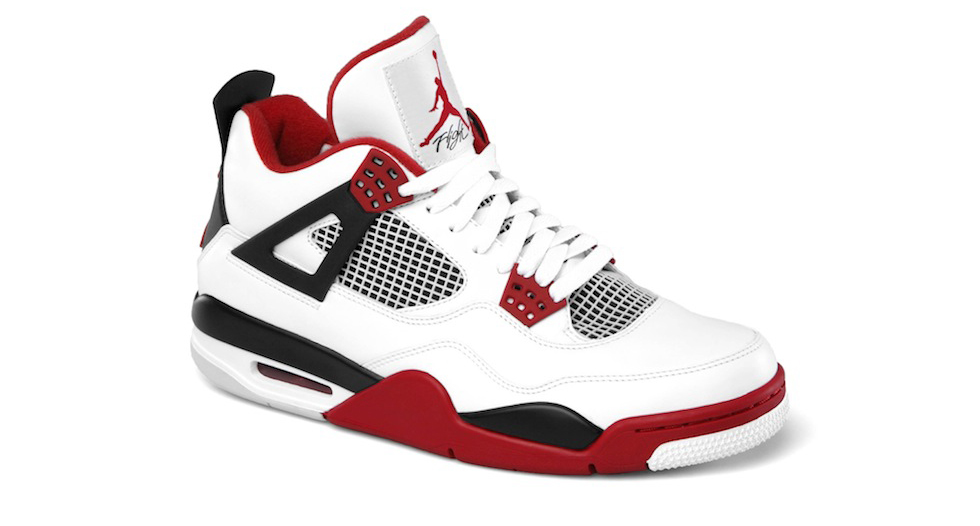 Reissues of Air Jordan releases have been a bit like buses so far this year, not that we’re complaining of course. No sooner has the hype died down on one iconic retro does another launch date get announced. This time round it’s the Air Jordan IV in white/varsity red-black. Arguably the most well known silhouette from the Jordan back catalogue, the IV first released back in 1989. The first model in MJ’s signature line to really gained a huge following away from the US, interest in the ‘4’ was boosted thanks to a hefty Nike global marketing campaign featuring Spike Lee’s Mars Blackmon character and his ‘Can/can’t’ TV advert. Design wise the AJIV featured some similar characteristics to the previous years AJIII – visible Air was once again used in the sole unit as well as a sculpted midsole, the general cut of the shoe was close to the III as well. New additions would include never-seen-before plastic coated mesh on the sides of the upper, designed to shed weight & increase breathability, and distinctive side straps, which added support and also allowed you to adjust the positioning of the laces to suit. To help the brands global marketing spin, head Nike footwear designer Tinker Hatfield decided to include the now famous ‘Flight’ logo on the tongue of the AJIV, said to give the impression you could actually fly in a pair of Air Jordan’s. Multi-million dollar global promotions and tongue-in-cheek gimmicks aside though the Air Jordan IV was a serious bit of kit on the court all those years ago and it helped MJ to reach new heights in his career. As for the colourway, it’s been a good 6 years since we last saw the Air Jordan IV in white/varsity red-black and if you include those 2006’s ‘laser’ & ‘fire red mars’ versions then this is only the 4th time in the shoes history that it’s been made available in this colours. Available from size? stores & online this Saturday (4th August), the white/varsity red-black Air Jordan IV Retro will be priced at £130. 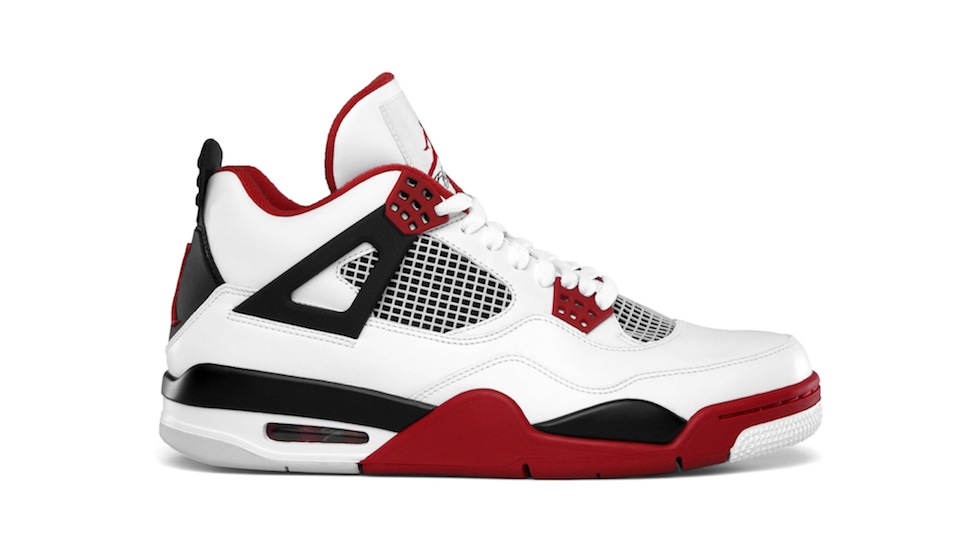