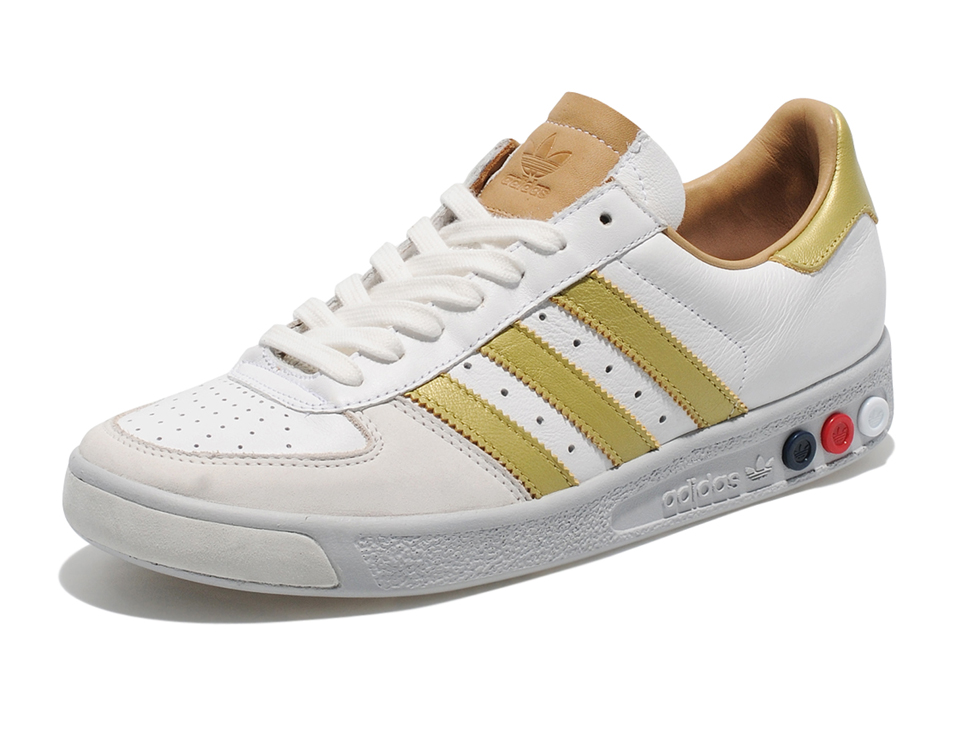 Posts on the latest offerings from adidas have been pretty rare as of late, mainly down to the strength of product available from other brands, but as the 3rd quarter of 2012 picks up pace, and with releases like this retro of the legendary Grand Slam silhouette, expect things to kick-start again for the 3-Stripe brand over the coming weeks. For those not familiar with this model, the adidas Grand Slam first debuted nearly 30 years ago as a tennis specific silhouette. Sharing similar design aesthetics to other adi tennis releases of the same era, particularly the early ‘80’s Forest Hills, the key feature on the Grand Slam was adidas’ ‘Vario Shock-Absorption System’, which using a series of three variable-density pegs was designed to allow the wearer to tweak the cushioning impact of the shoe to suit. A nice idea in theory, and whilst the technology did actually work, it was pretty awkward to operate & also added extra weight to an already relatively heavy shoe. Although the Grand Slam did have some success on the courts it was on the terraces where it gained its strongest following. Initially deemed too expensive for the UK market, it became an instant hit with scores of traveling football fans visiting the continent. For the 2012 retro adidas have chosen to stay as true to the original as possible, utilising soft white leather and nubuck in the upper, which contrasts well with the tan pigskin lining, tongue tab & gold accents. A simple, classic looking silhouette, it’s the use of premium materials here that should go some way to silencing the critics of the shoes £95 price tag, and whilst we’re a little disappointed adidas have chosen to drop the ‘GRAND SLAM’ lettering from the side of the shoe, it’s fair to say this release is likely to be popular with Trefoil fans. Available from size? stores and online, the adidas Originals Grand Slam launches this week as part of our Adi's Archive collection. 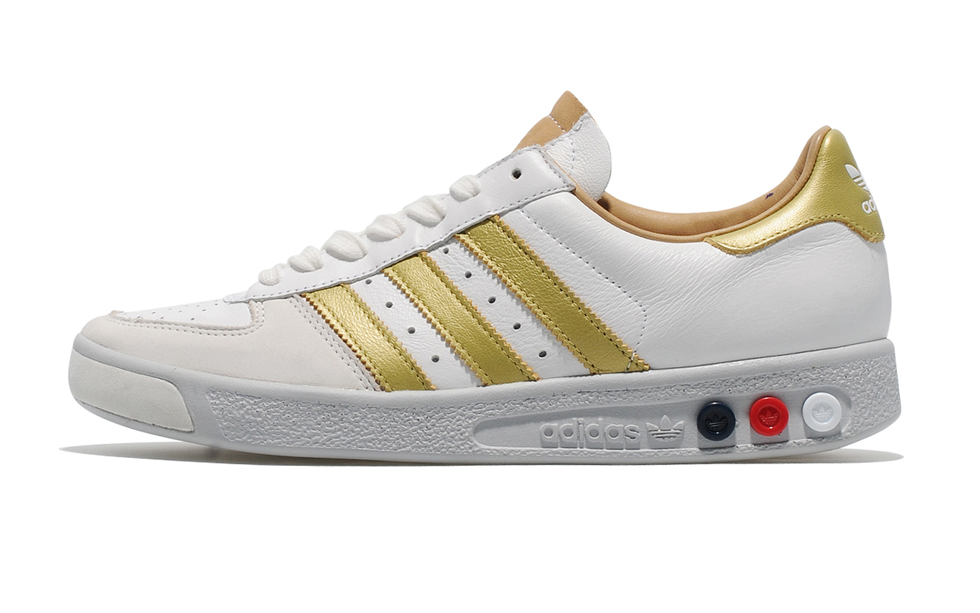