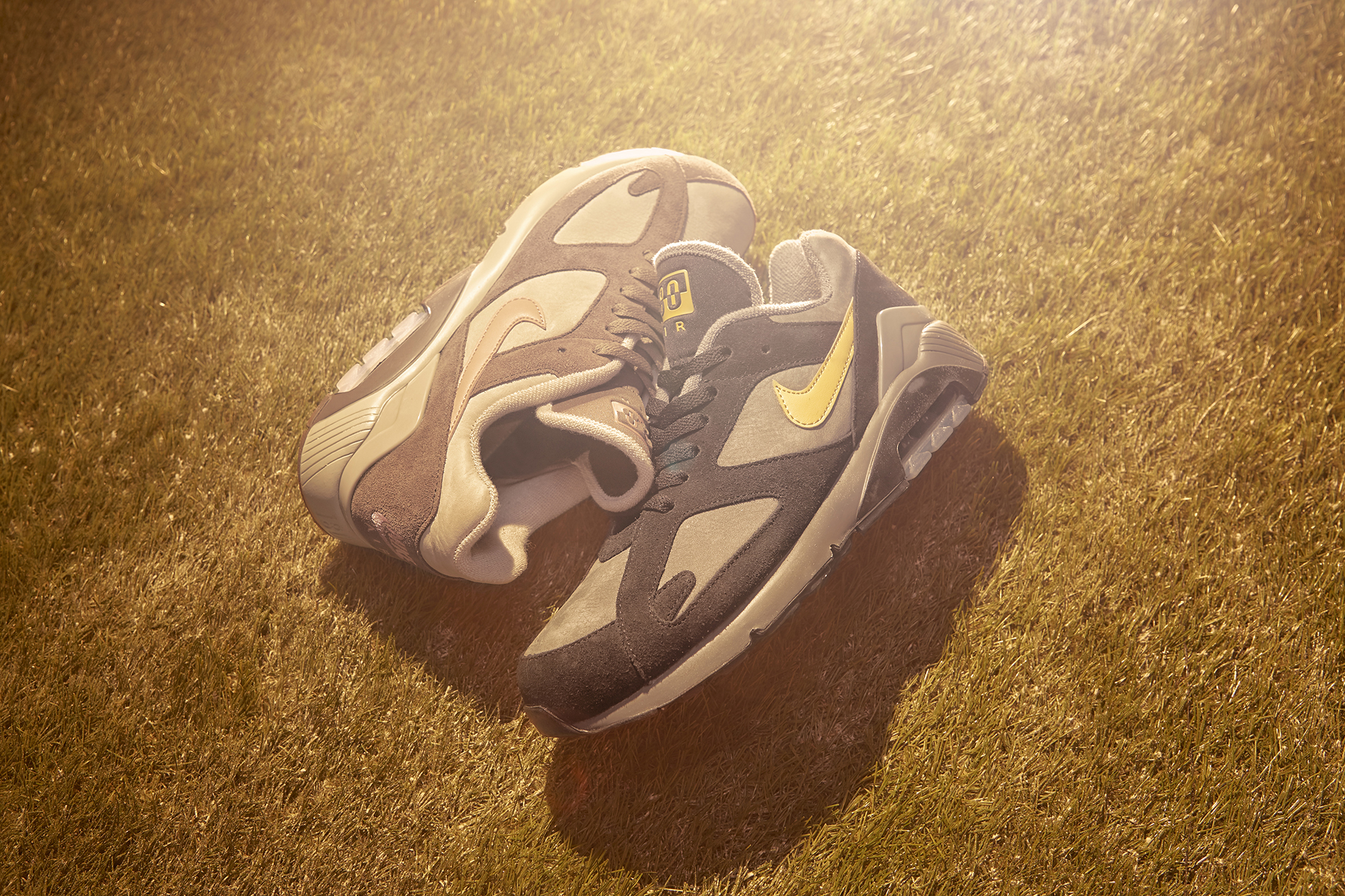 1991's Air Max 180 has been welcomed back into the fold this year after a few years rest in the Archive, and this latest 'Cold Winter' Pack takes colour cues from the setting winter sun. It’s 17 years since the vibrant Air 180 debuted on the road; a new, lightweight running shoe that helped continue Nike’s streak of innovation at the time. However, the utilisation of Air Max technology took a different direction to that of the Air Max 87 & 90 that came before it. Looking back now it was probably the first experiment in the long and lengthy process of getting Nike to where they are today with the recent introduction of VaporMax. The unit within the midsole also acted as an integrated part of the outsole, so the airbag itself was essentially touching the ground rather than just absorbing the impact within two layers. Runners had always imagined what it would be like to run purely on air, and this was just a little taster of what was to come. The Air Max 180 began springing up earlier this year in a few different, and extremely limited versions. The first sight of three head-turning colourways featured in Comme Des Garcon's SS18 runway show at in Paris, which signalled a resurgence in a shoe which maybe hasn't seen as much of the spotlight as it should have. Following on, limited Nike iD options allowed you to create a colourway reminiscent of the original advertising material used to market the shoe back in the 90's, using characteristics from the artworks of Ralph Steadman, Alfons Holtgreve, and Marcello Morandi. More accessible colourways have surfaced towards the end of the year, including one half of our size? Exclusive Dusk to Dawn pack, and this latest arrival in two great new versions. Both colour-ups in the collection hark back to classic Nike Quickstrike releases pre-2010, the brown & pink is almost reminiscent of classic Stüssy collaborative projects. Both colourways of the Nike Air Max 180 'Cold Winter' are available online and in size? stores now. Also launching this week, the Nike Air Max 1 'Crepe' Pack. 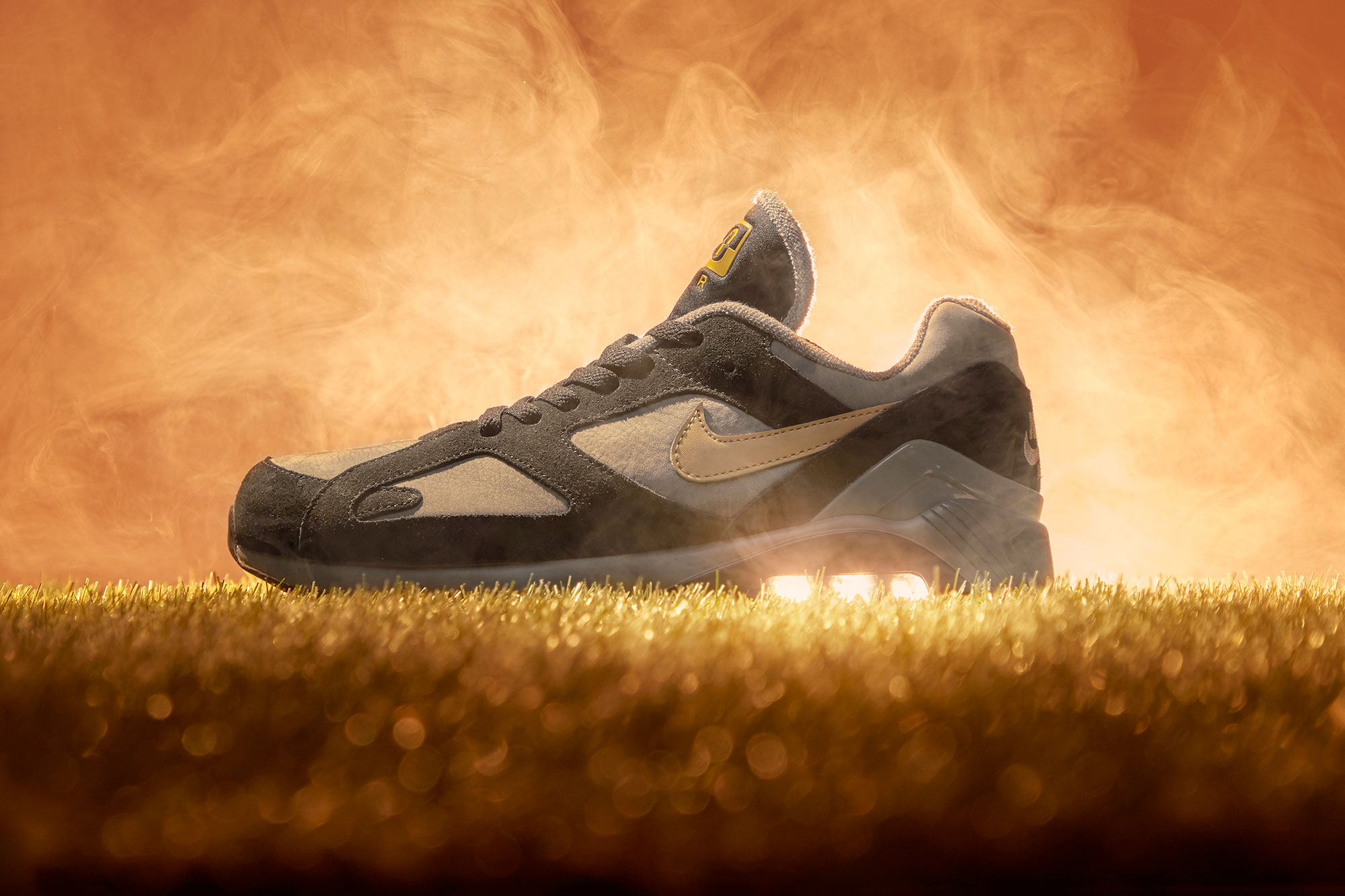 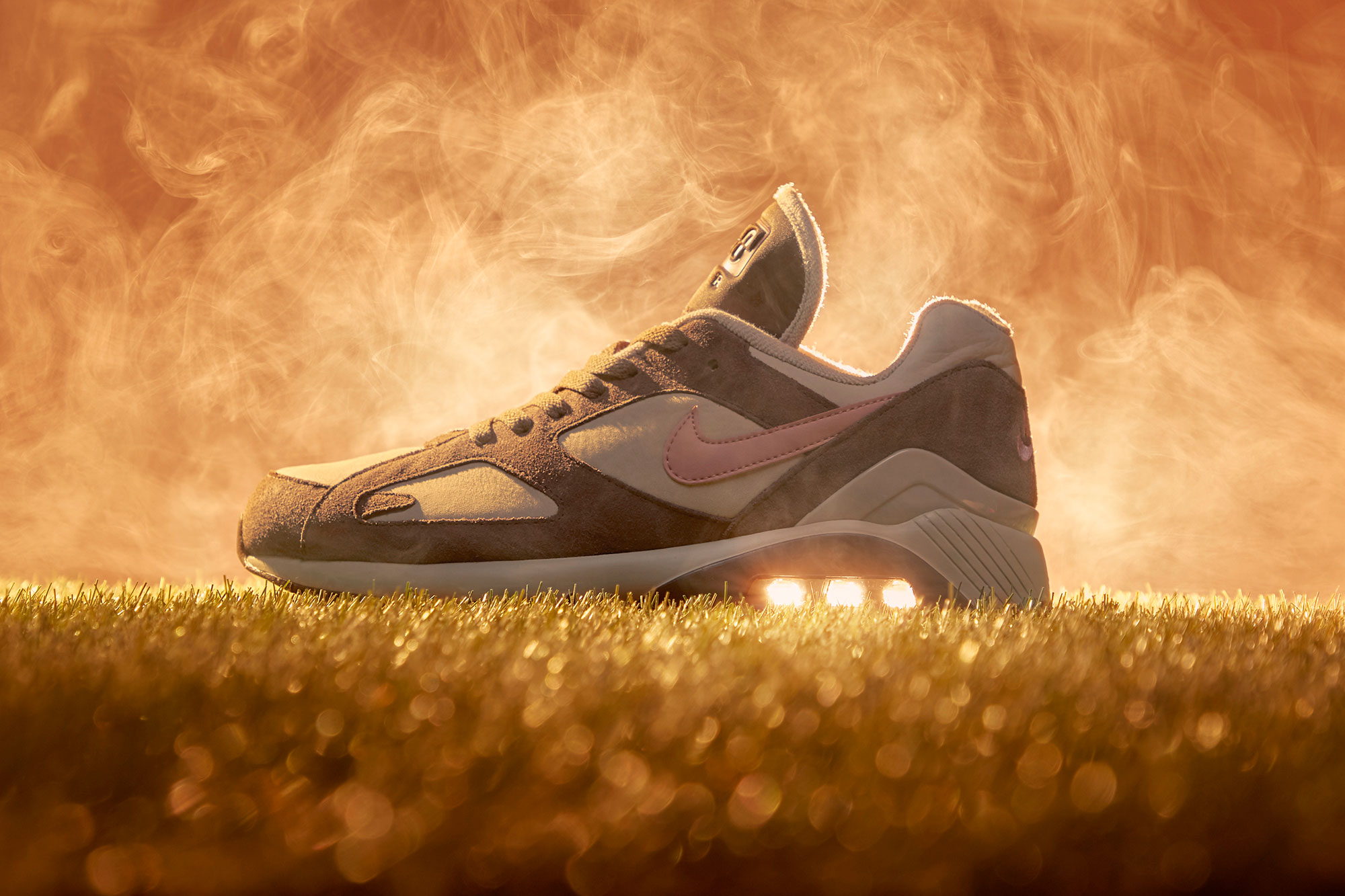 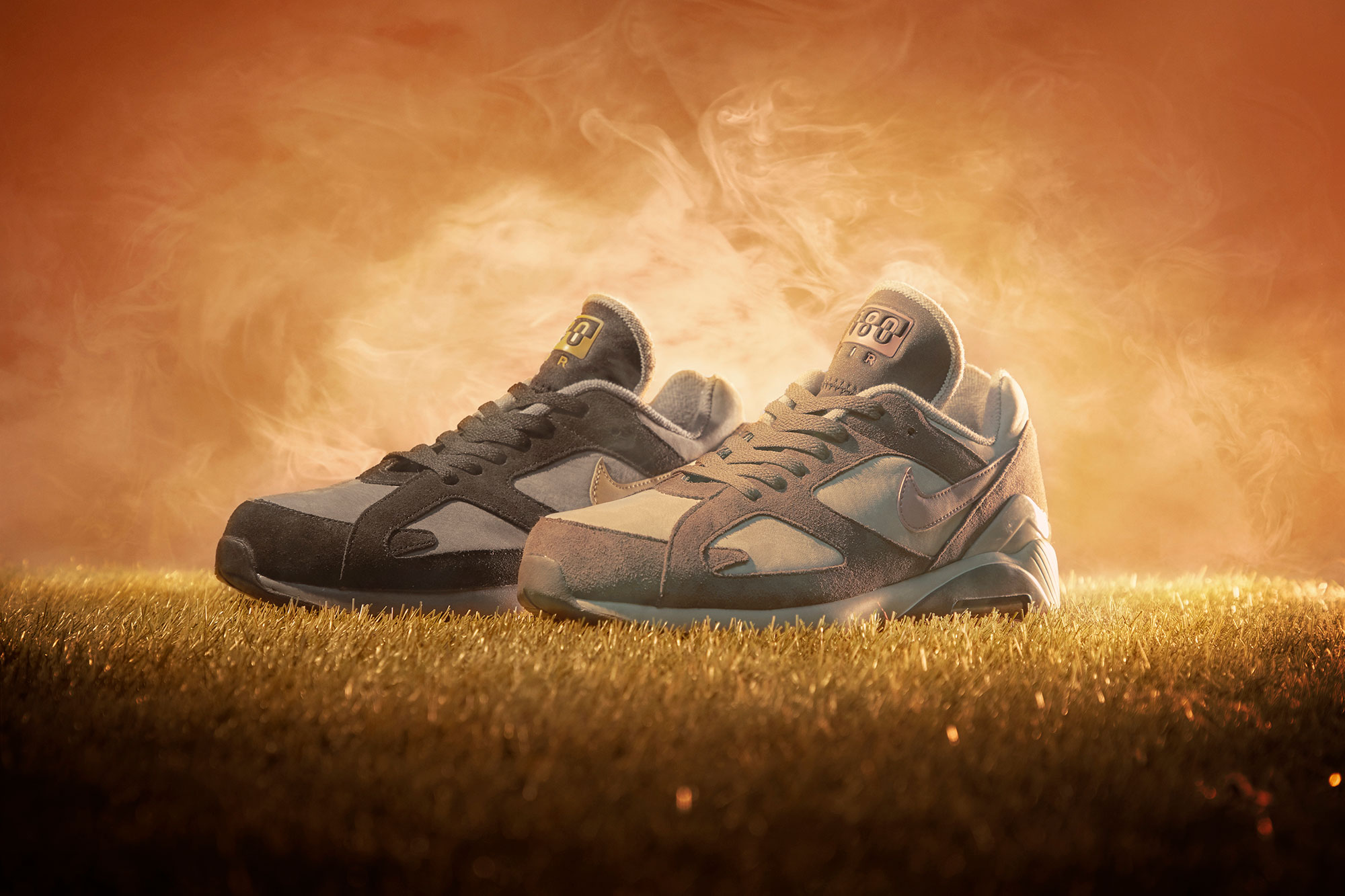