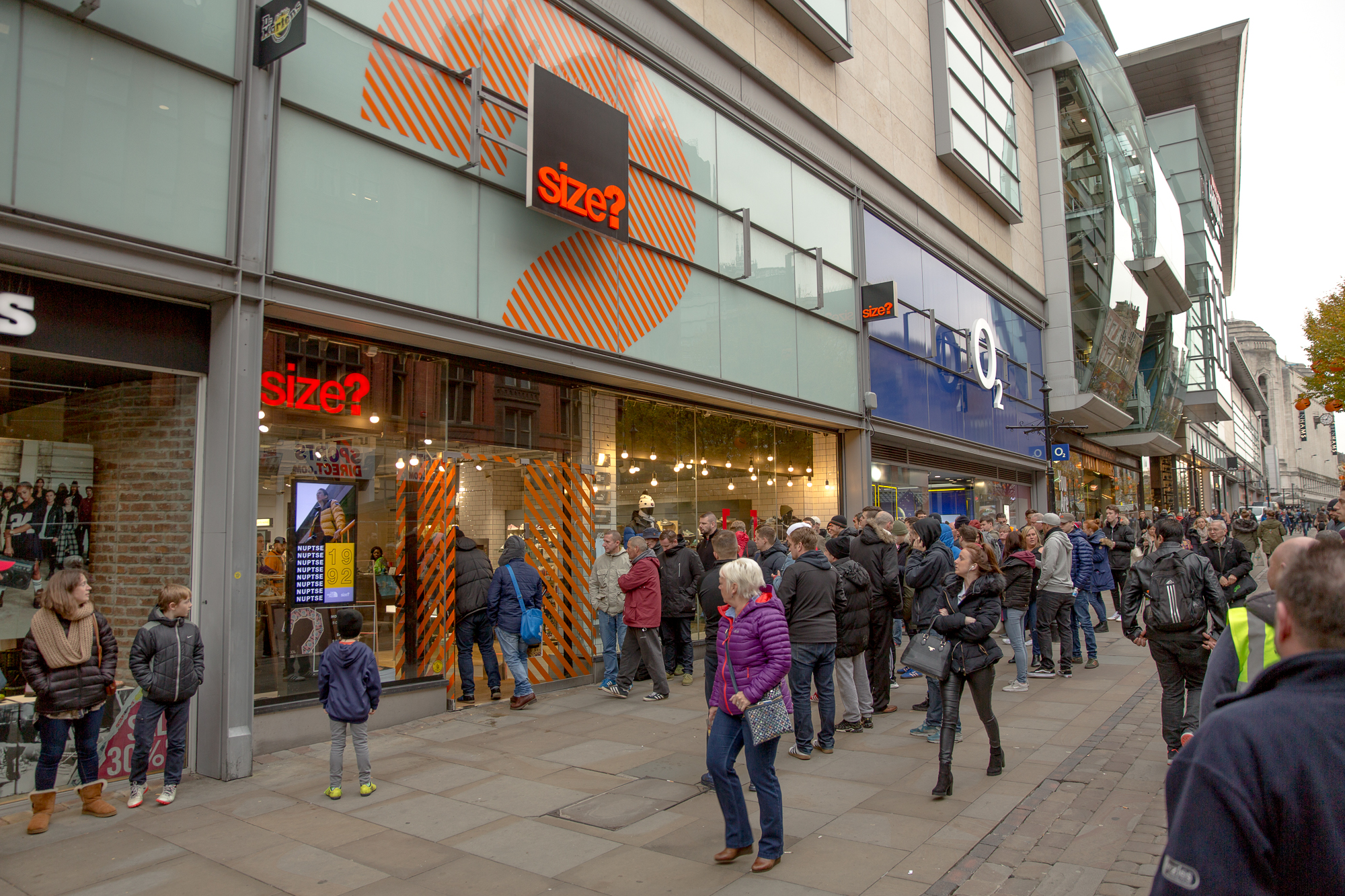 For the third year running adidas Originals have teamed up with Manchester United to further strengthen the bond between kit manufacturer and football club. Previous collaborations have celebrated significant periods within the clubs history including the 1968 European Cup winning kit, United legend Bobby Charlton’s history with the team, and this time the Class of ’92 are the subjects.

United’s youth programme has always been a key part in the development of the club for the past 80 years, with Matt Busby’s ‘Busby Babes’ acting as a foundation for building a team from youngsters. 1992 saw the introduction of players who would go on to become legends in the clubs history, and even make Alan Hansen eat his words when he proclaimed that ‘You’ll never win anything with kids’ prior to United taking the title in 1995. 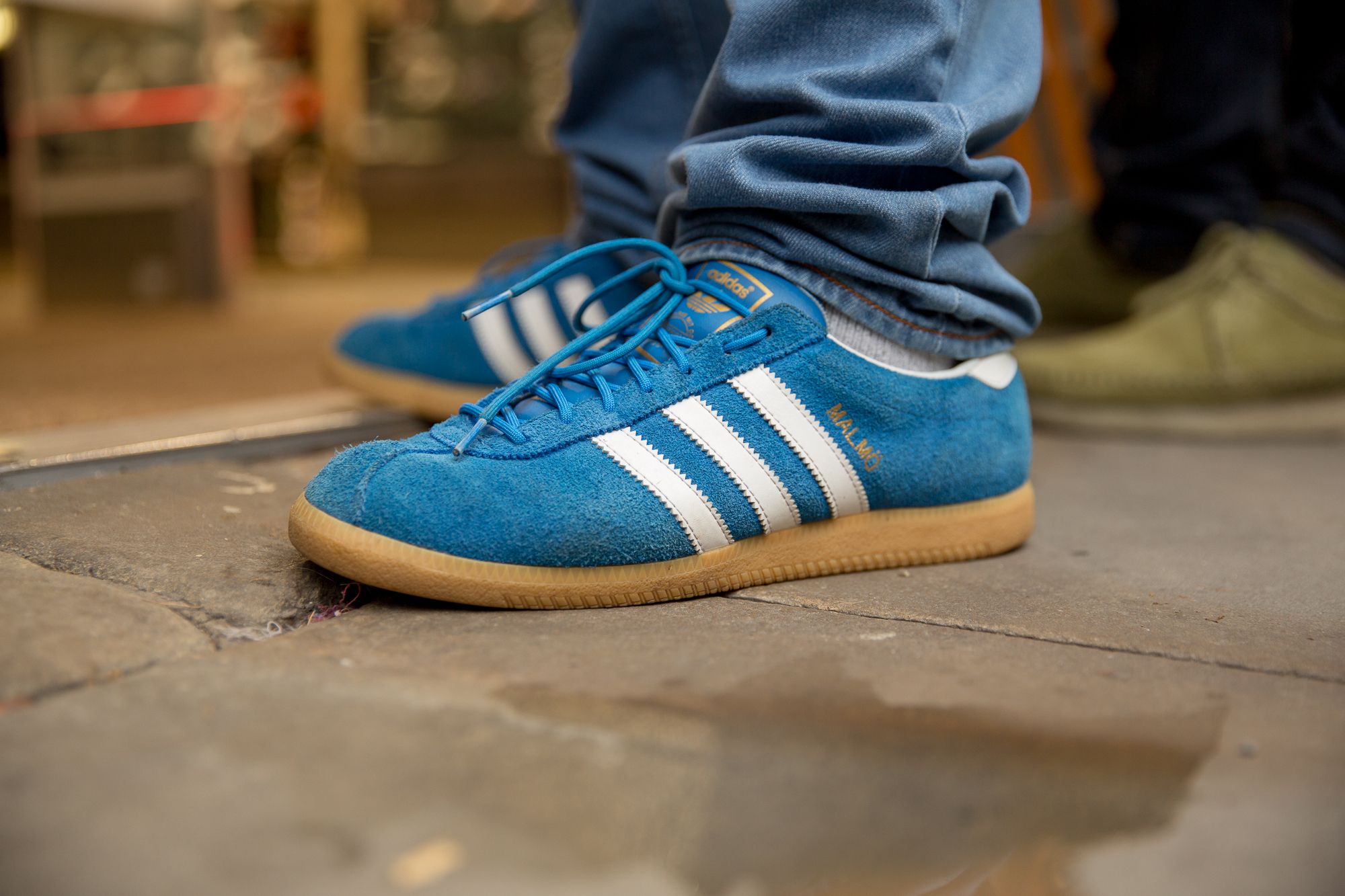 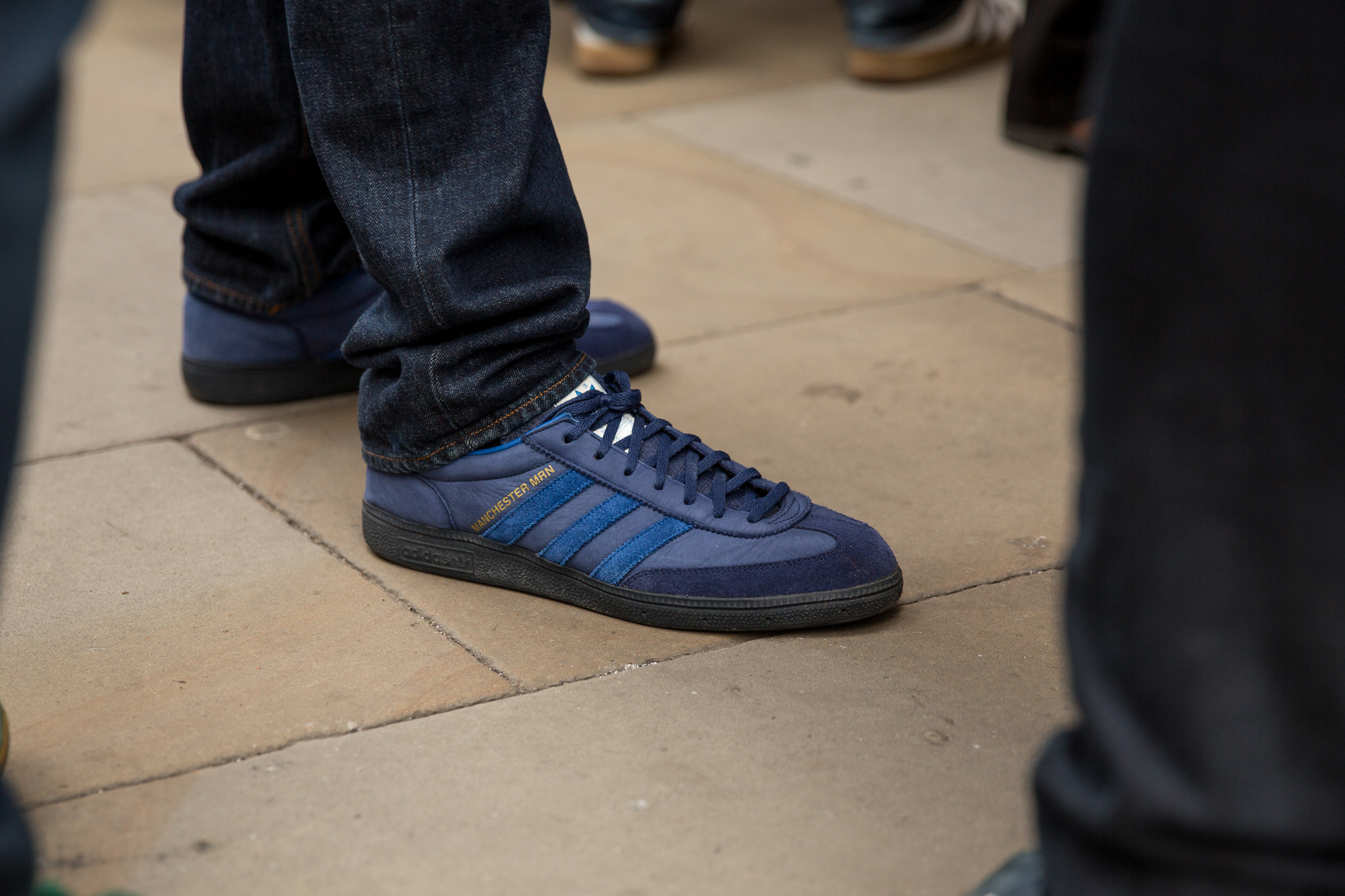 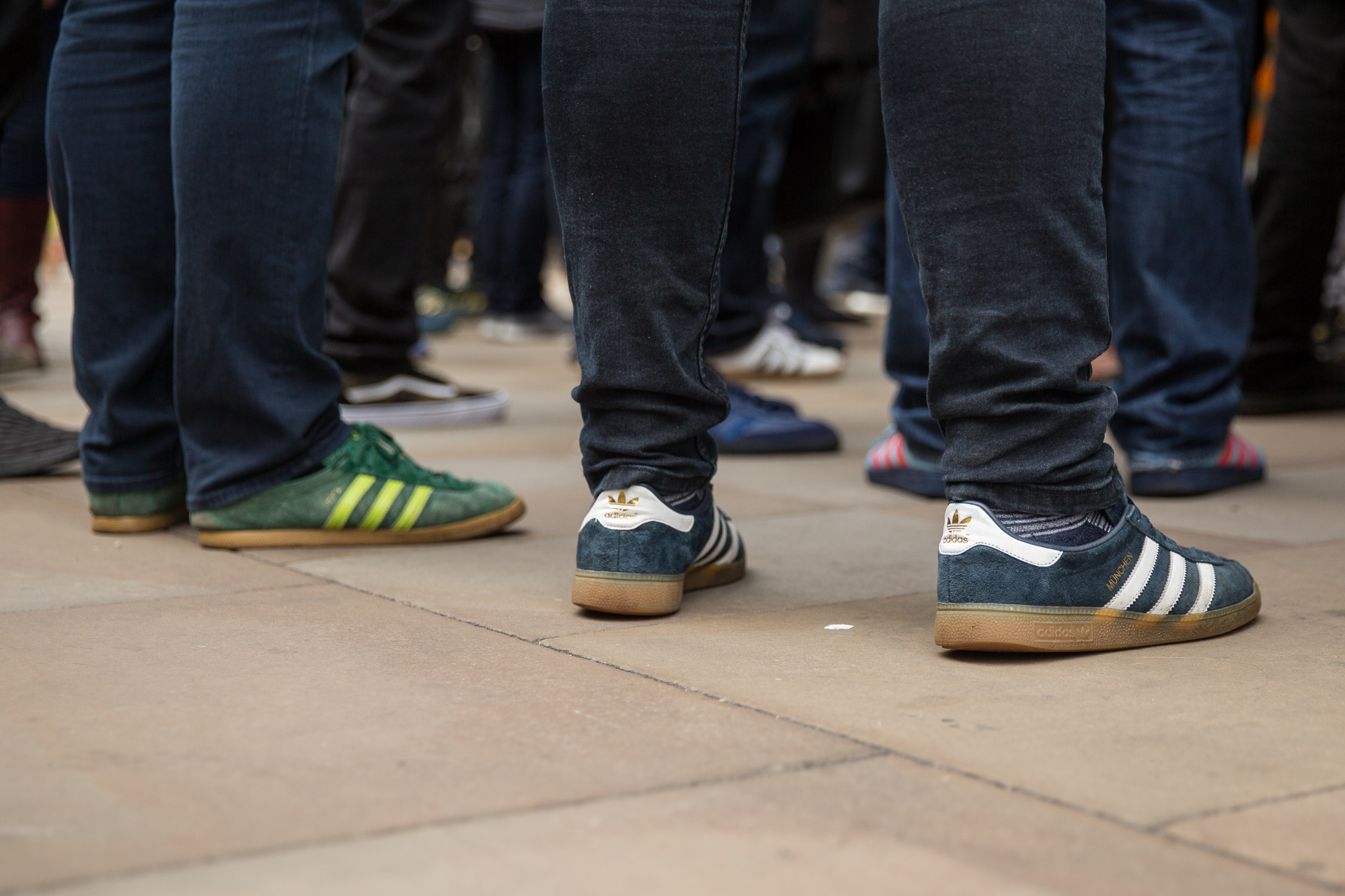 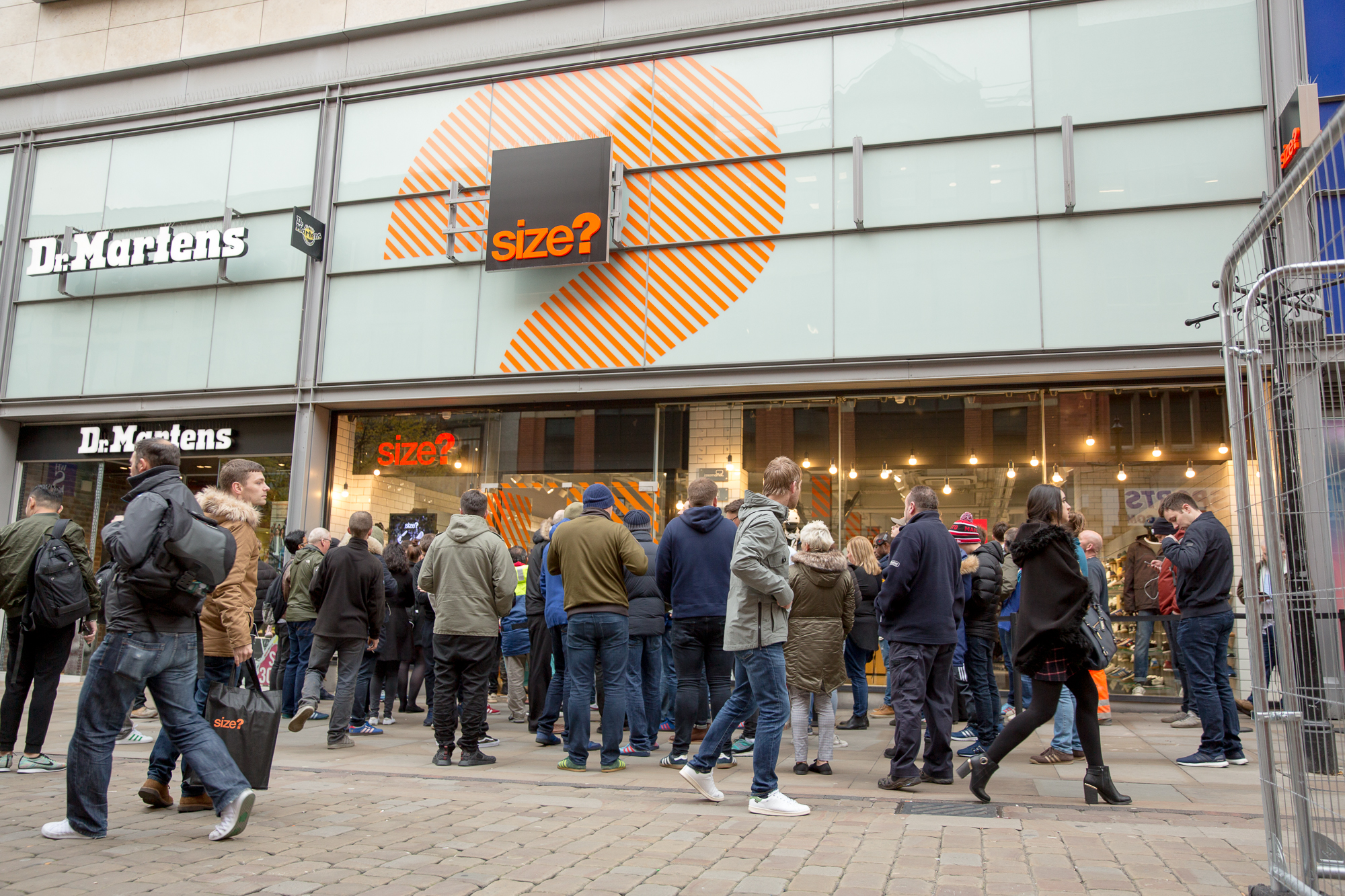 As with the previous releases, we were fortunate enough to be one of the only retailers stocking the Manchester themed shoe, and the crowds were out in full force once again from the early hours. Take a look at a few of the great pairs we caught on feet at the launch this morning. 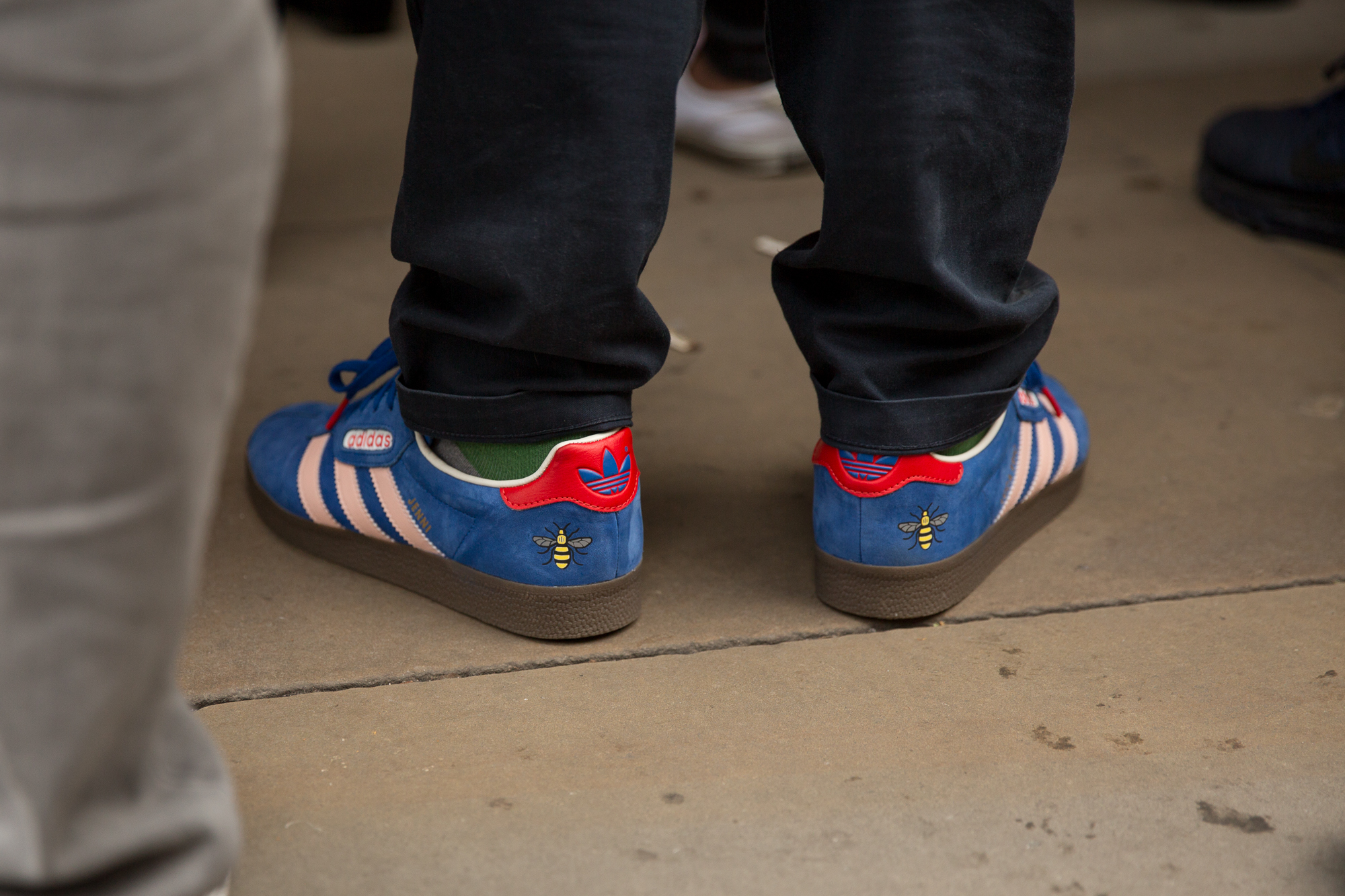 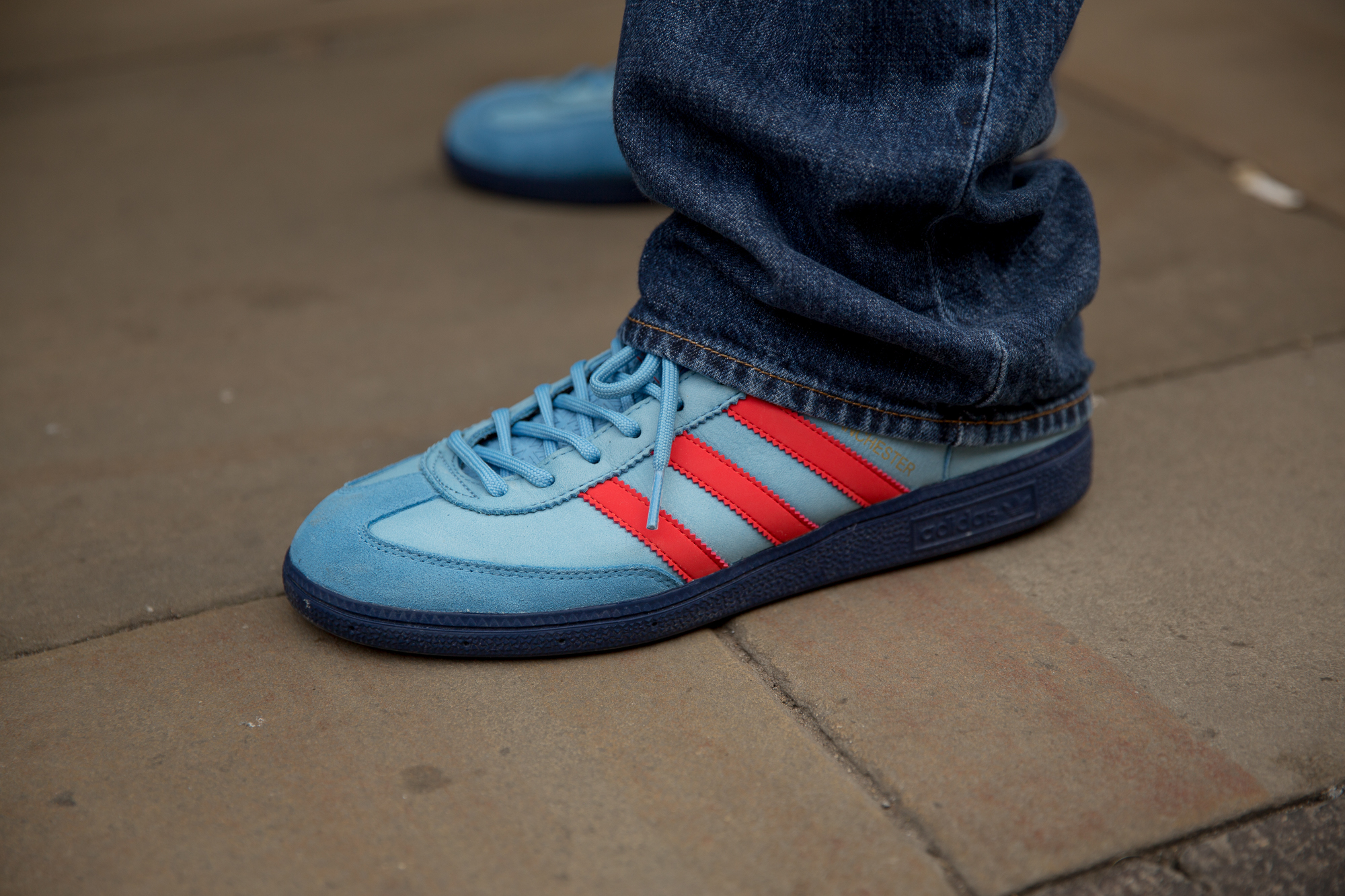 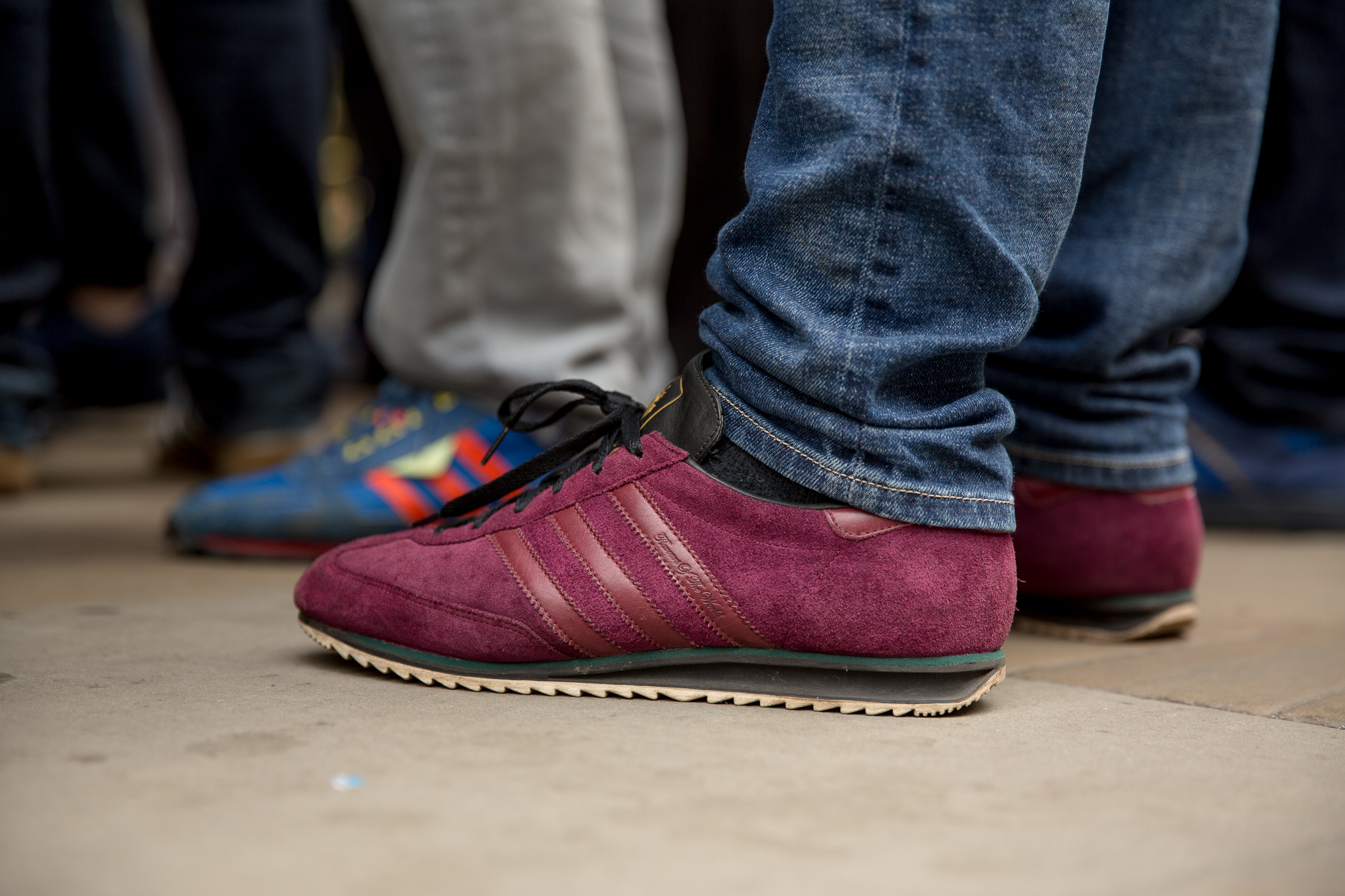 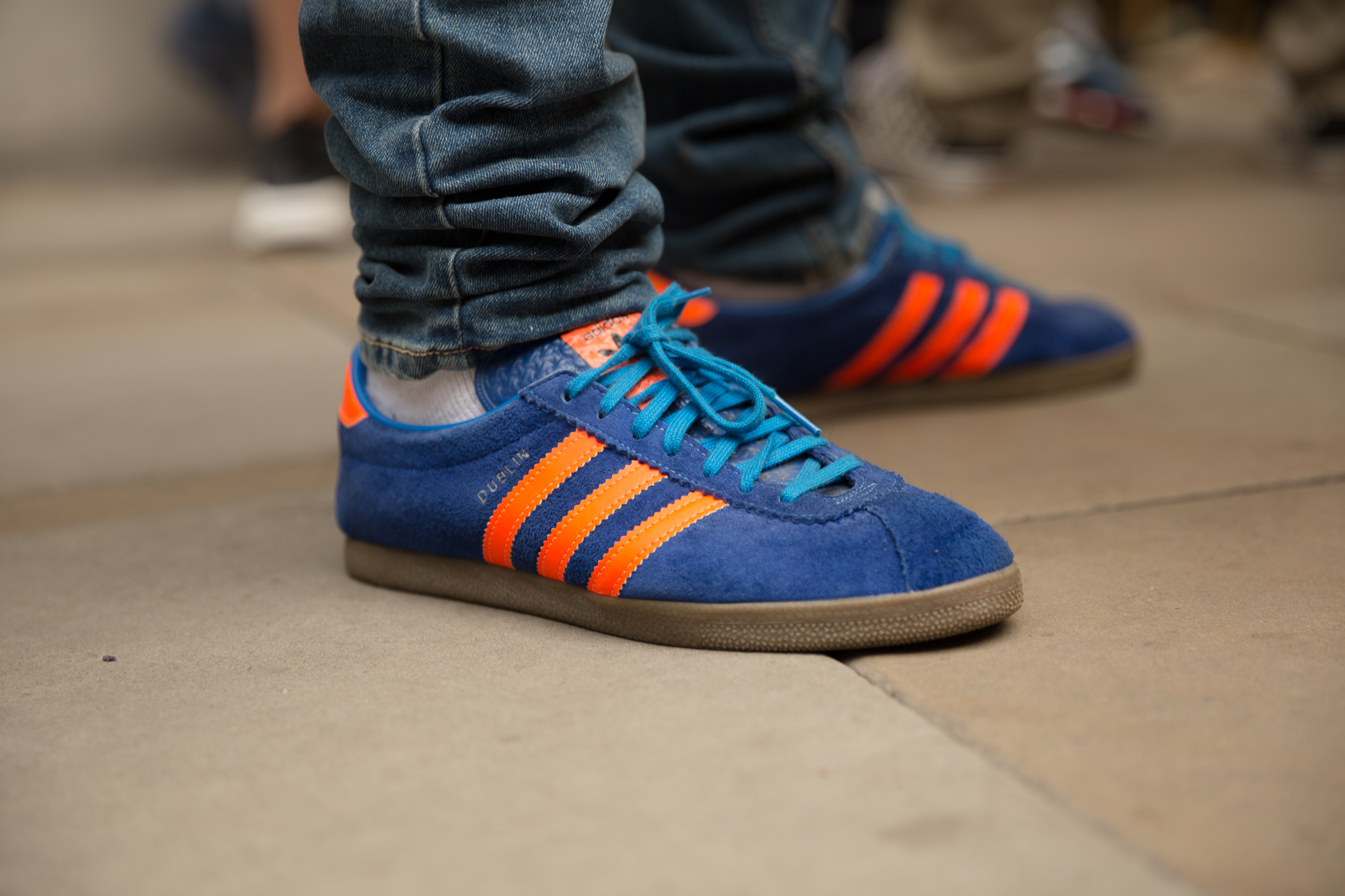 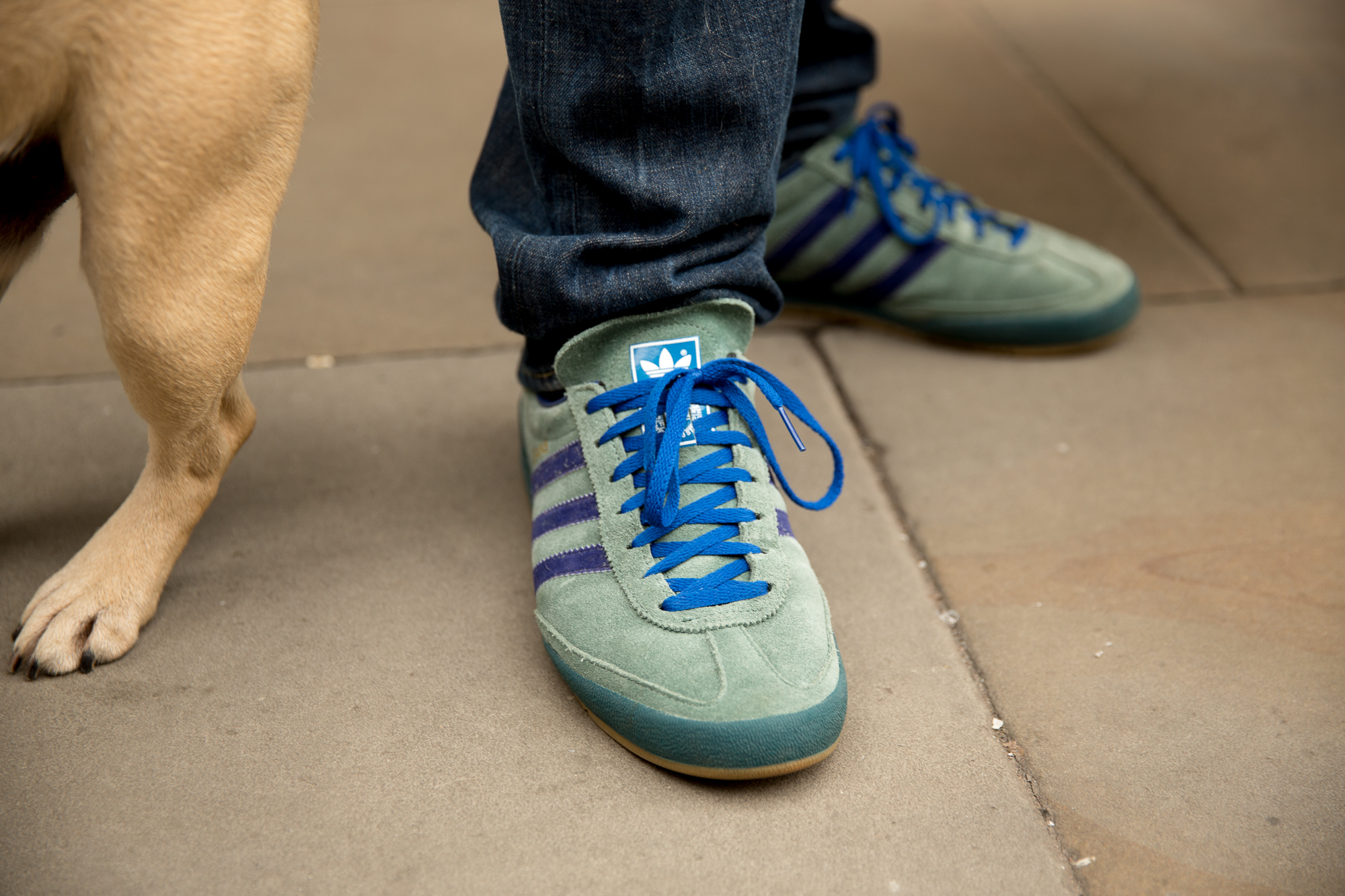 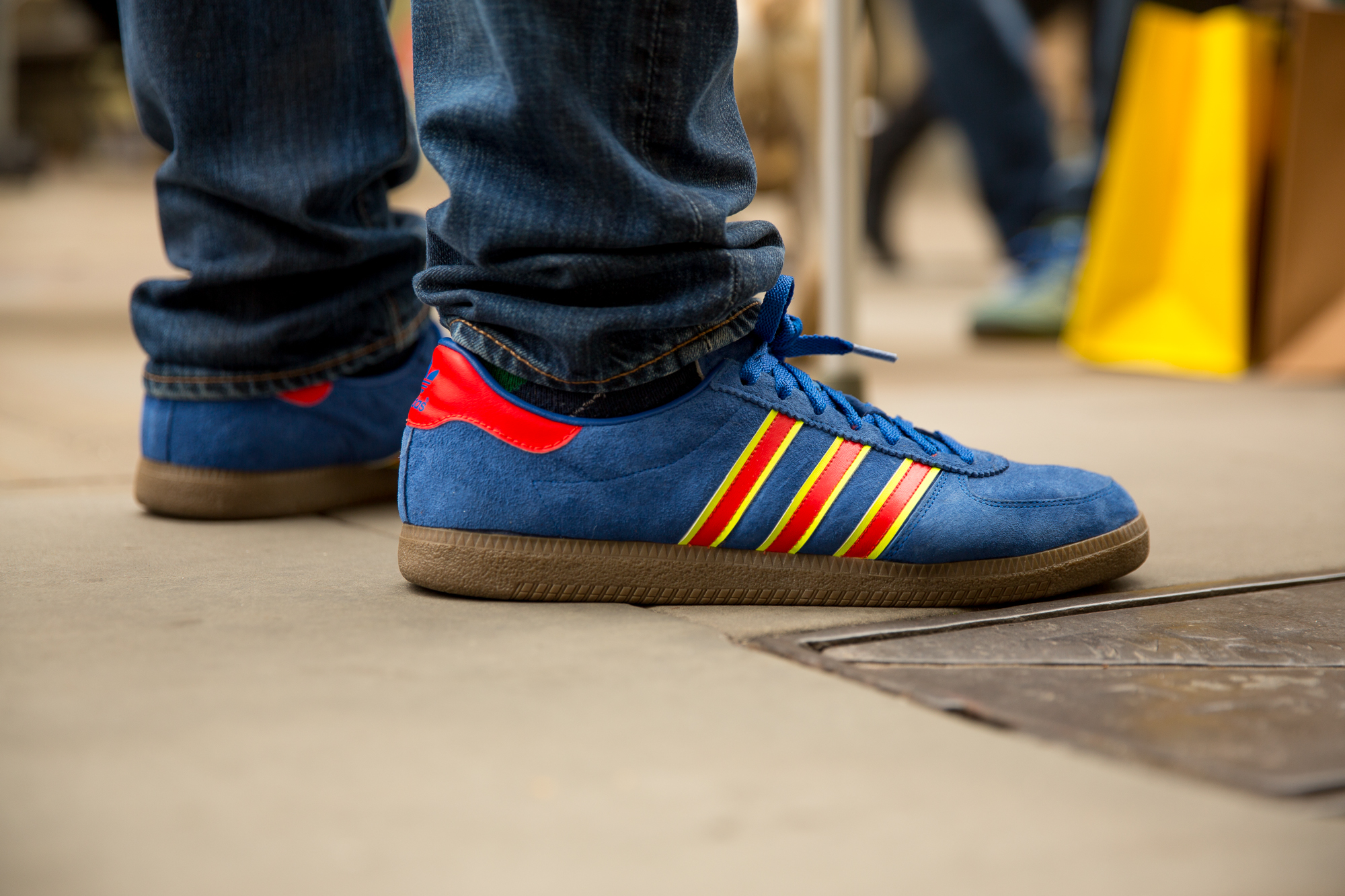 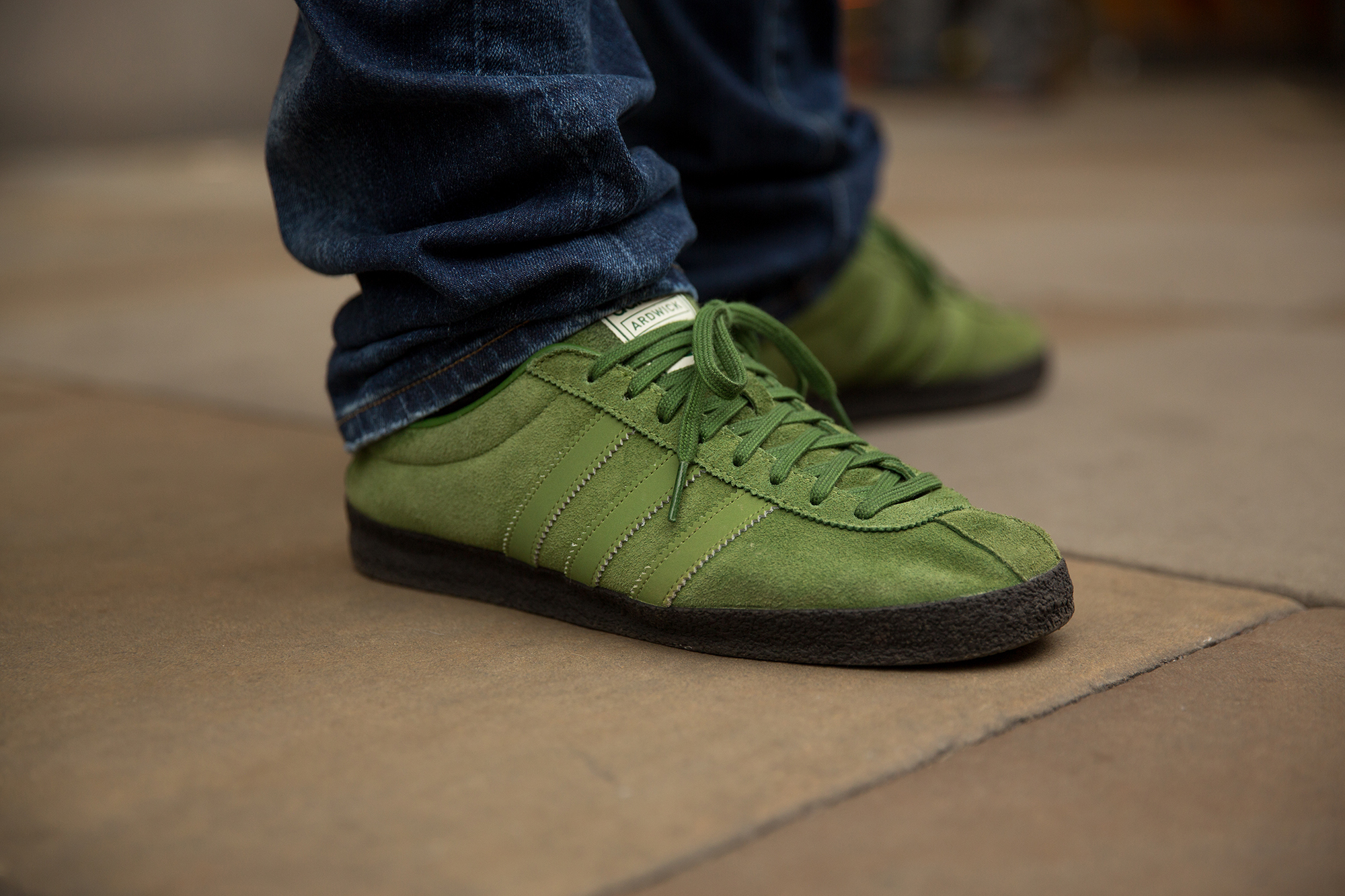 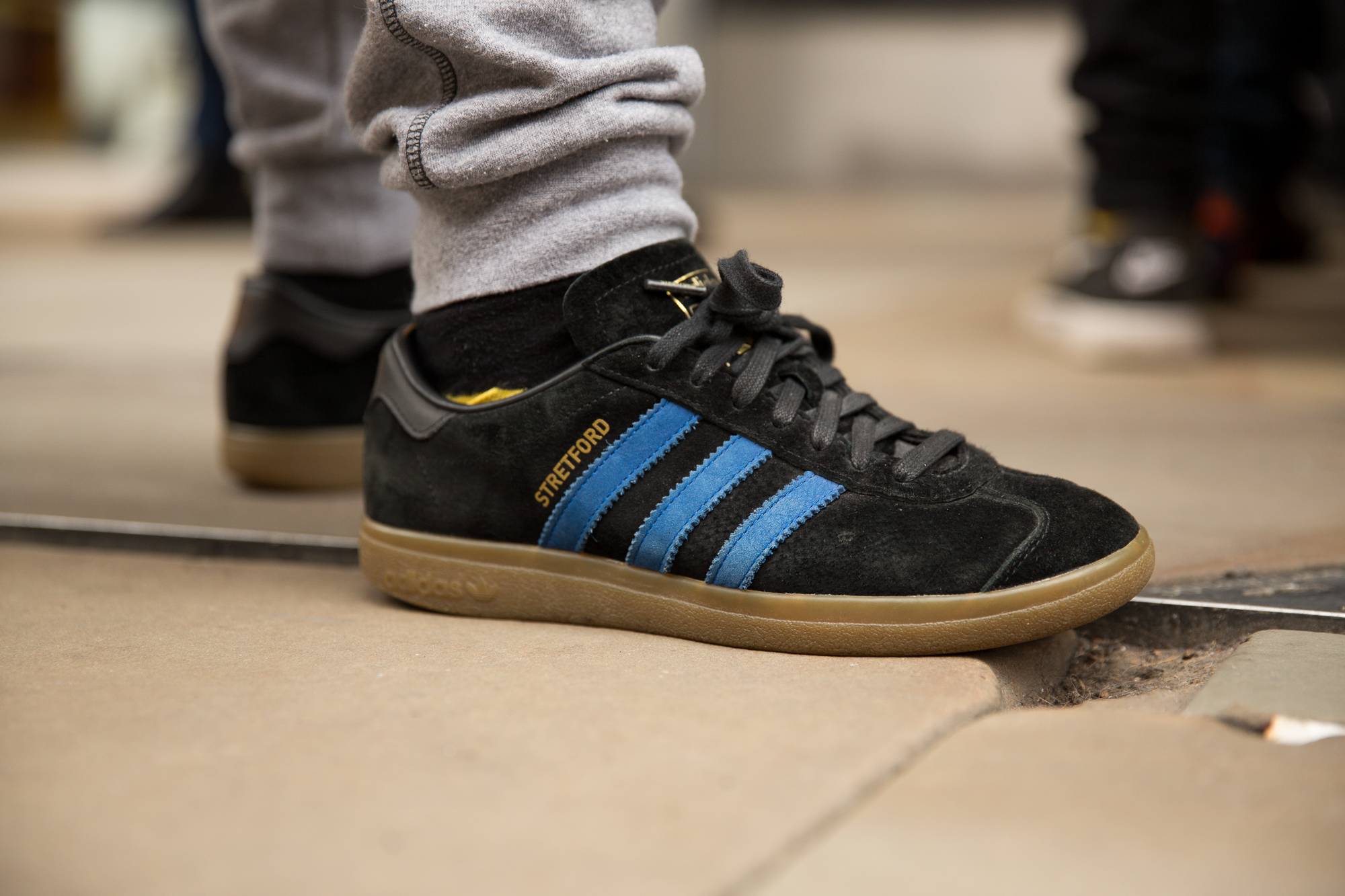 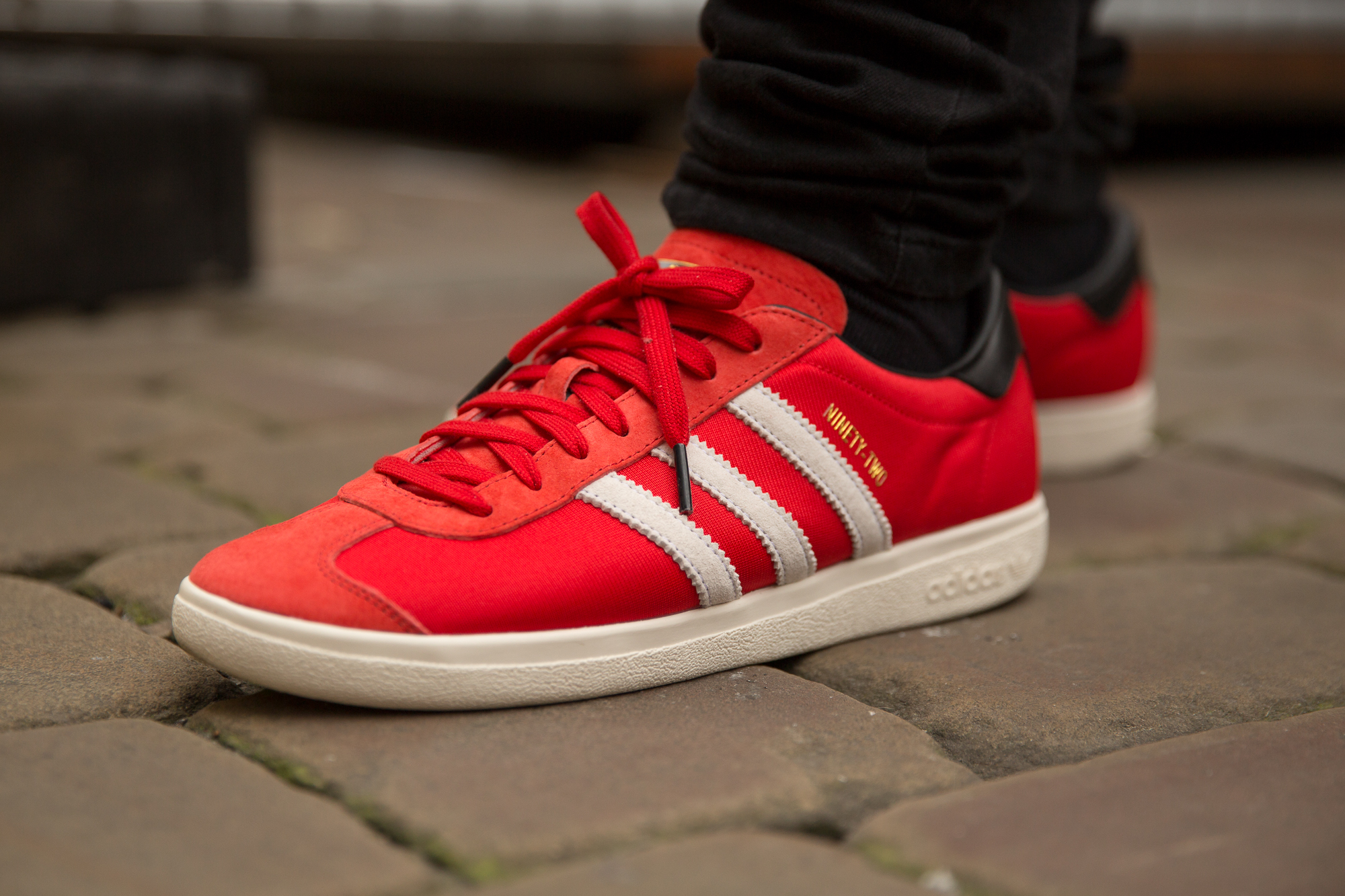 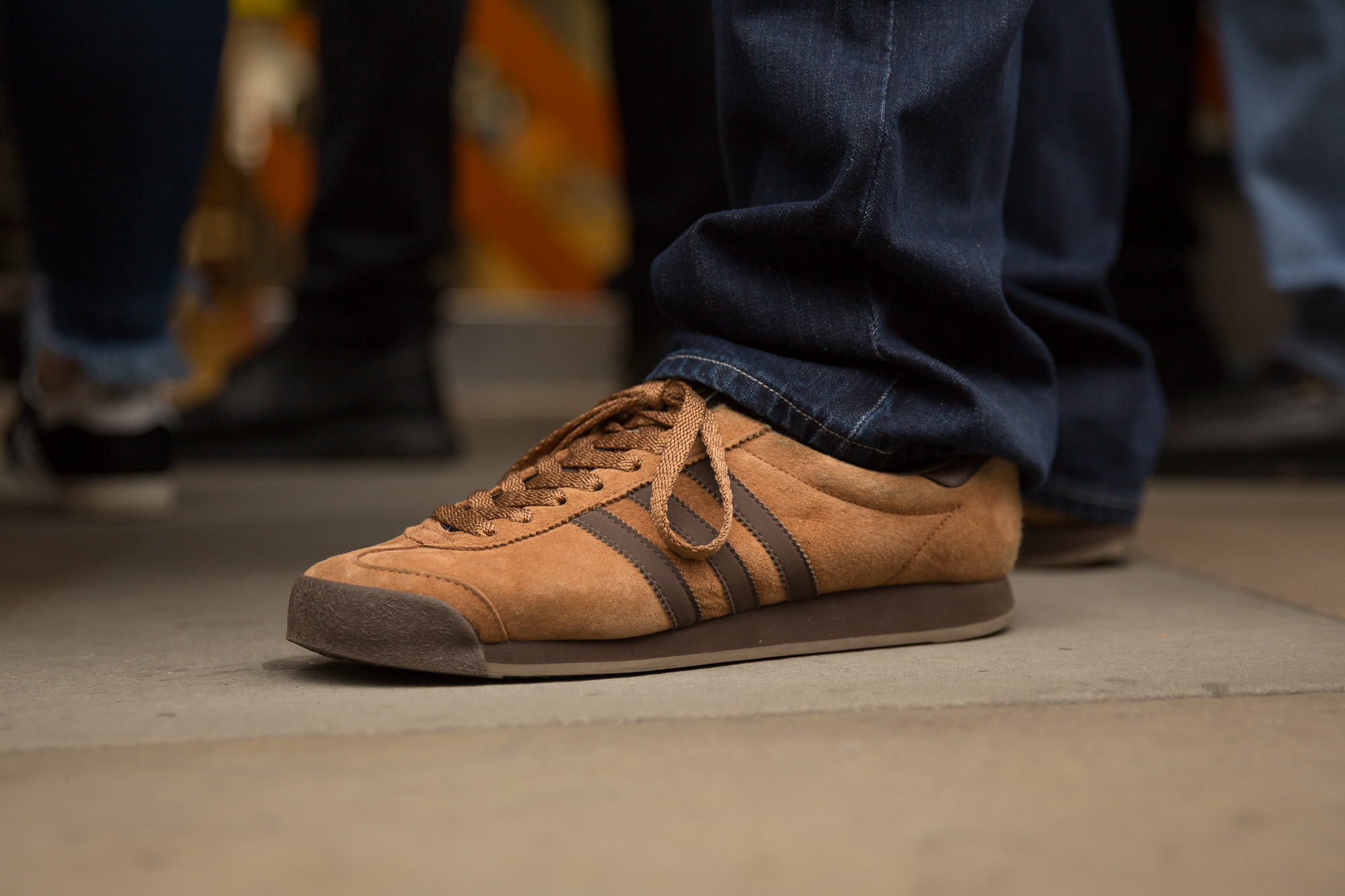 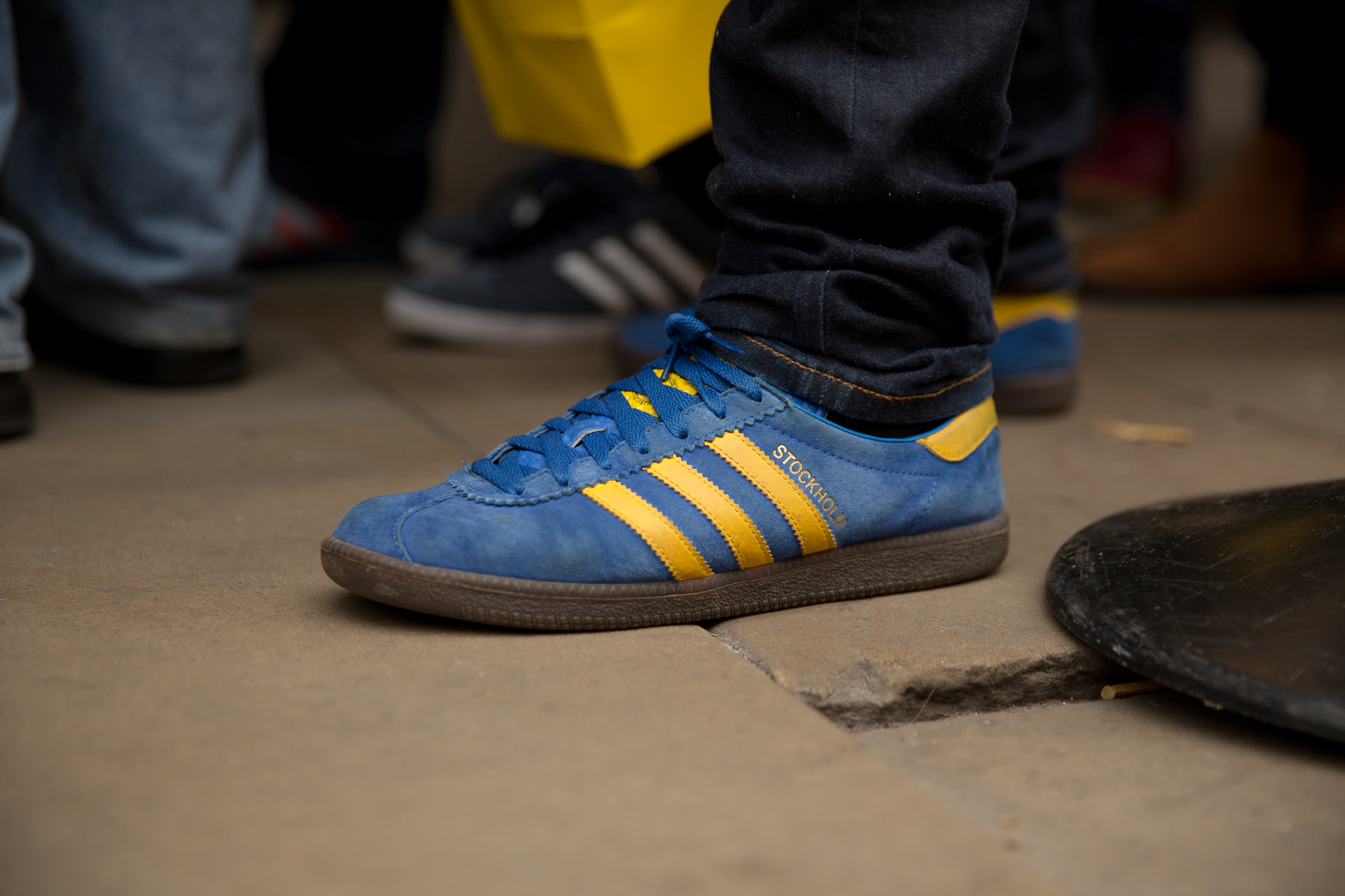 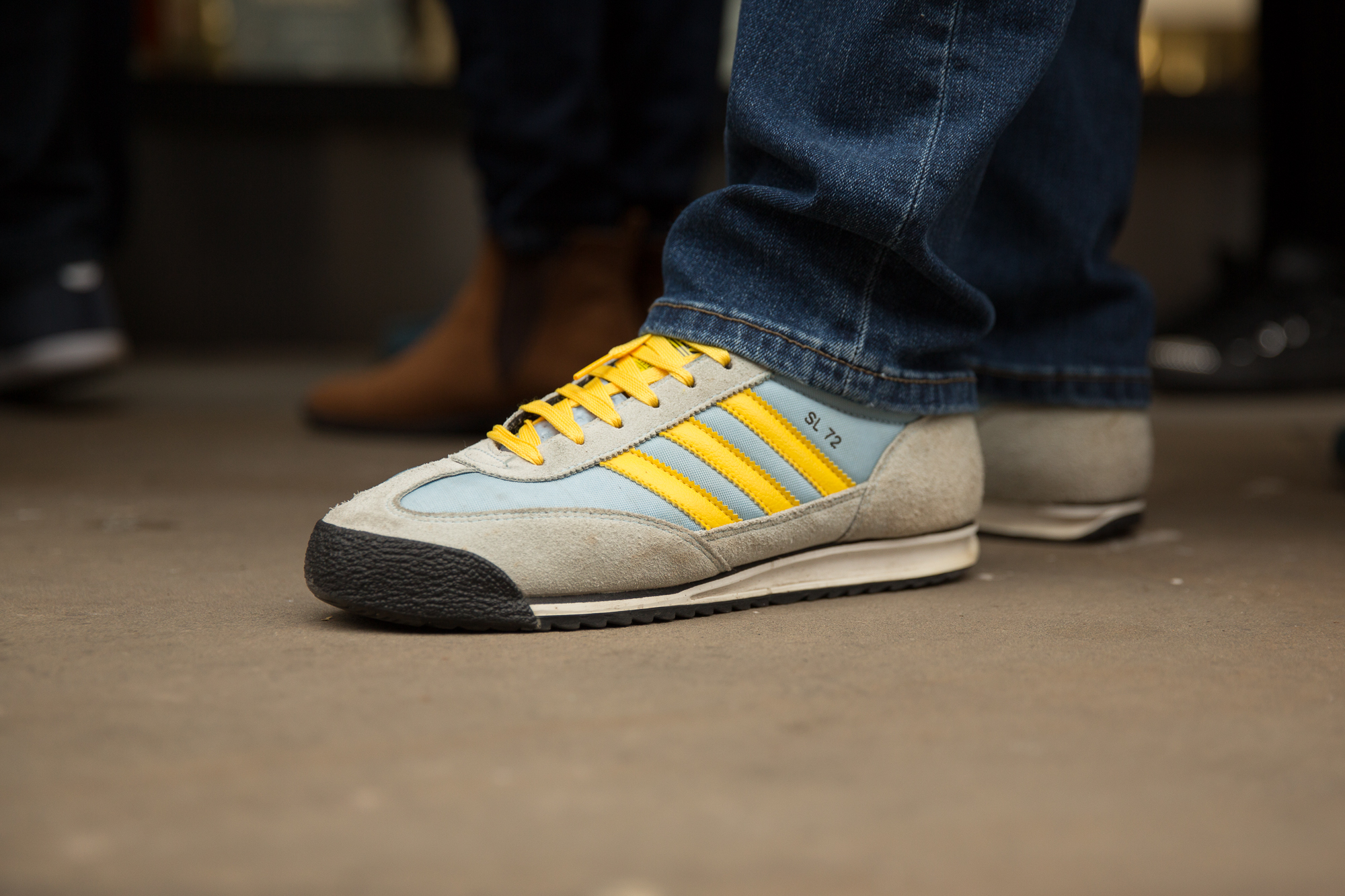 Details throughout the shoe included an upper comprising of suede and a nylon, branded with the signature gold foil name across the sidewall. The insole referenced the ’92 away shirt worn by Ryan Giggs, and laser-etched numbering on the underside of the tongue, making each pair completely unique.

In randomly selected pairs of the 1,992 released, adidas Originals planted golden tickets that would offer winners the chance to attend a special evening down at Old Trafford to join the Class of ’92 themselves for a Q&A with longtime United supporter Rachel Riley. The six shared stories about their personal experience at the club during the glory years, and the intensity of their legendary treble winning season. The lads all seemed to share the same bond that help them gel as a team and win many a trophy over their years at Old Trafford. Additionally United Veterans Dwight Yorke and Quentin Fortune were on hand to share some insight into their time playing in the squad. 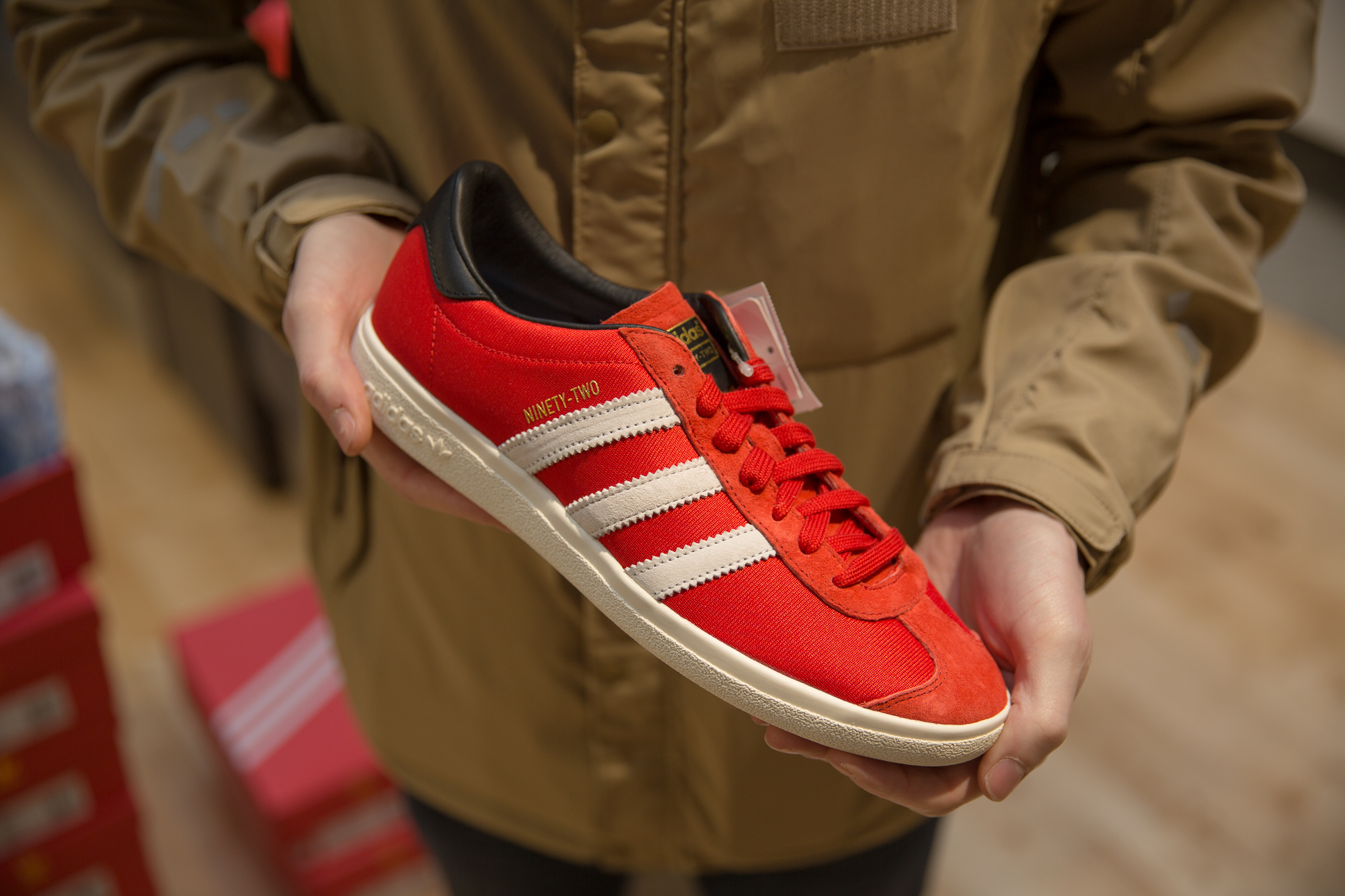 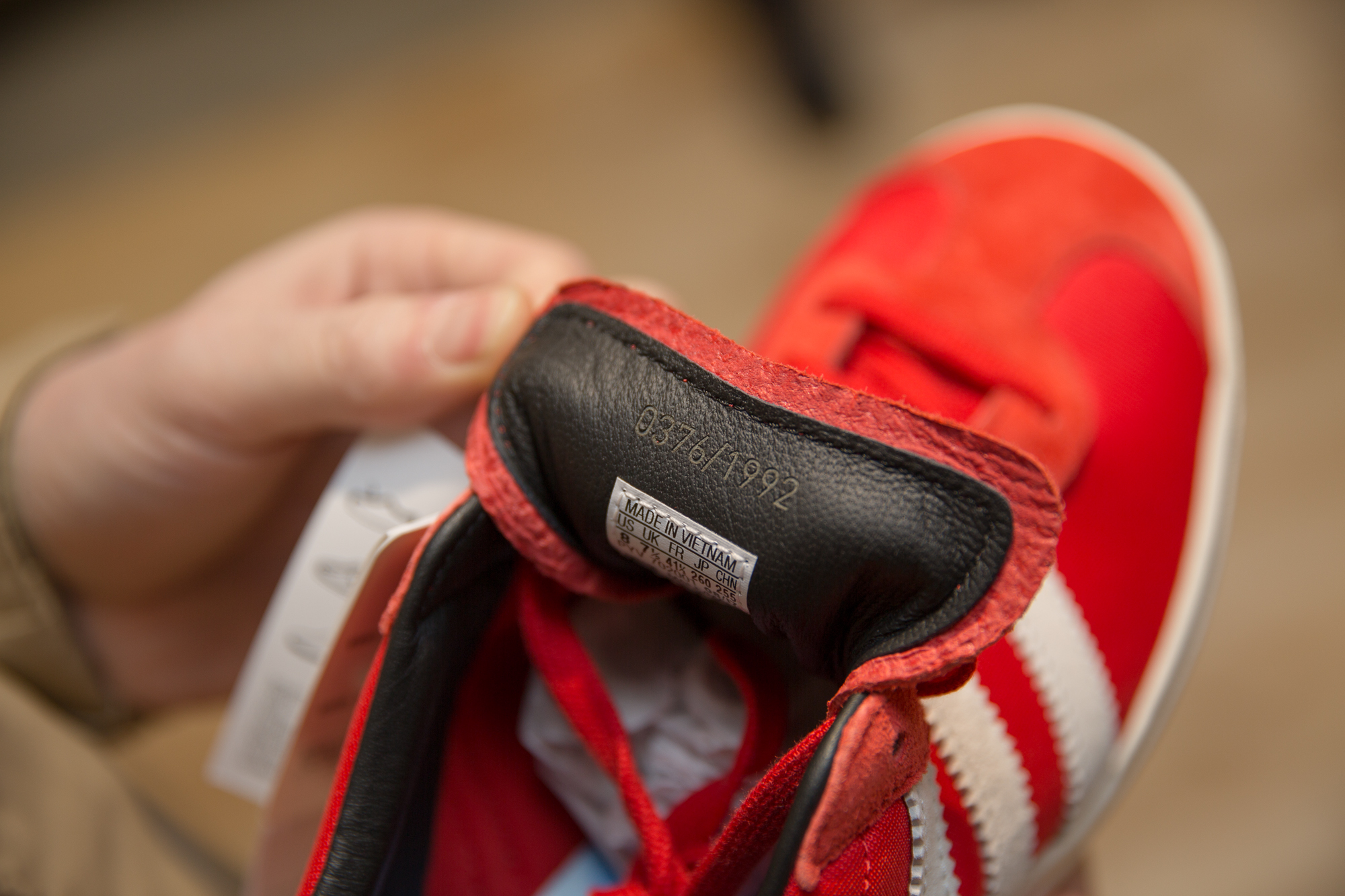 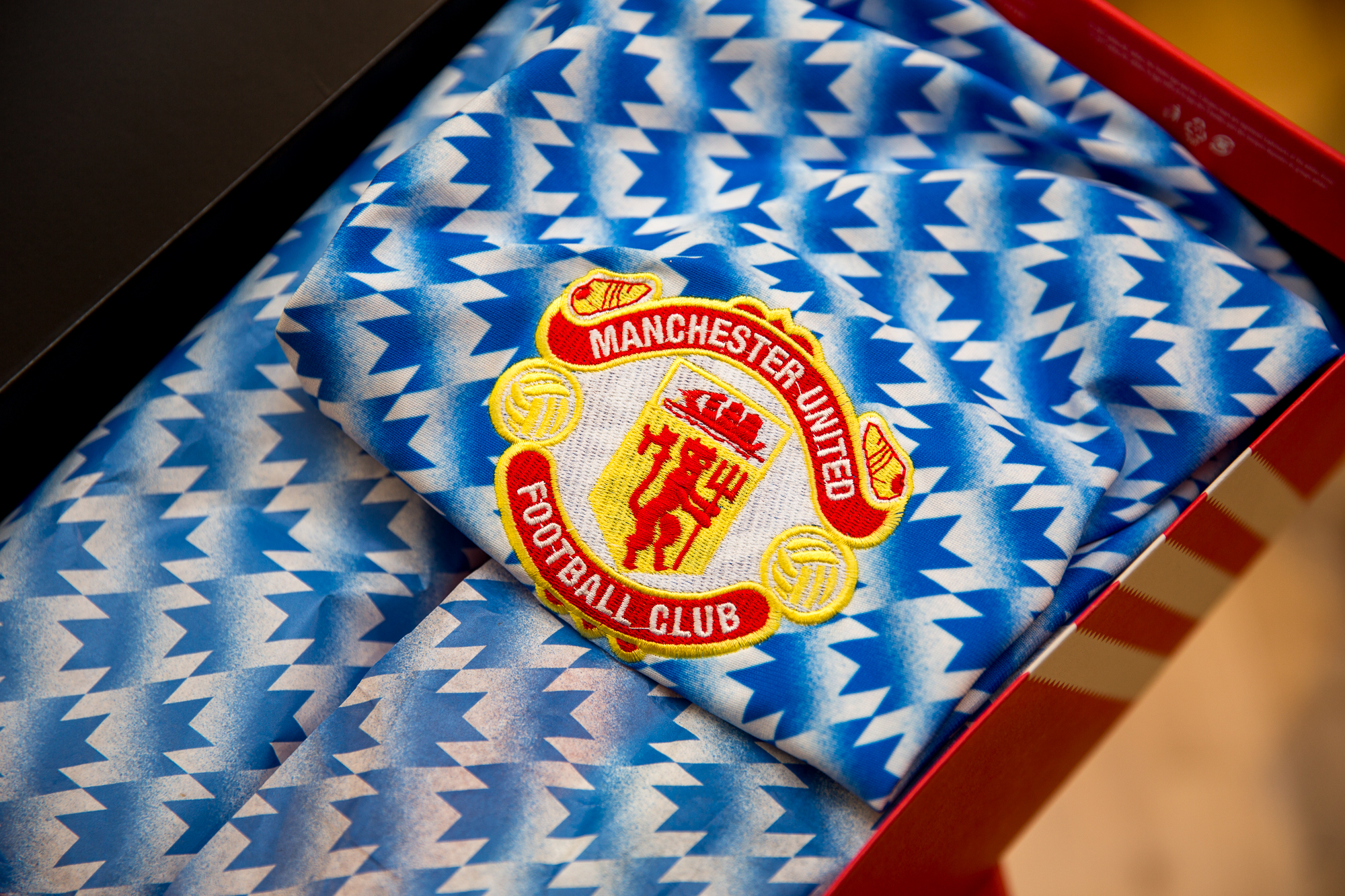 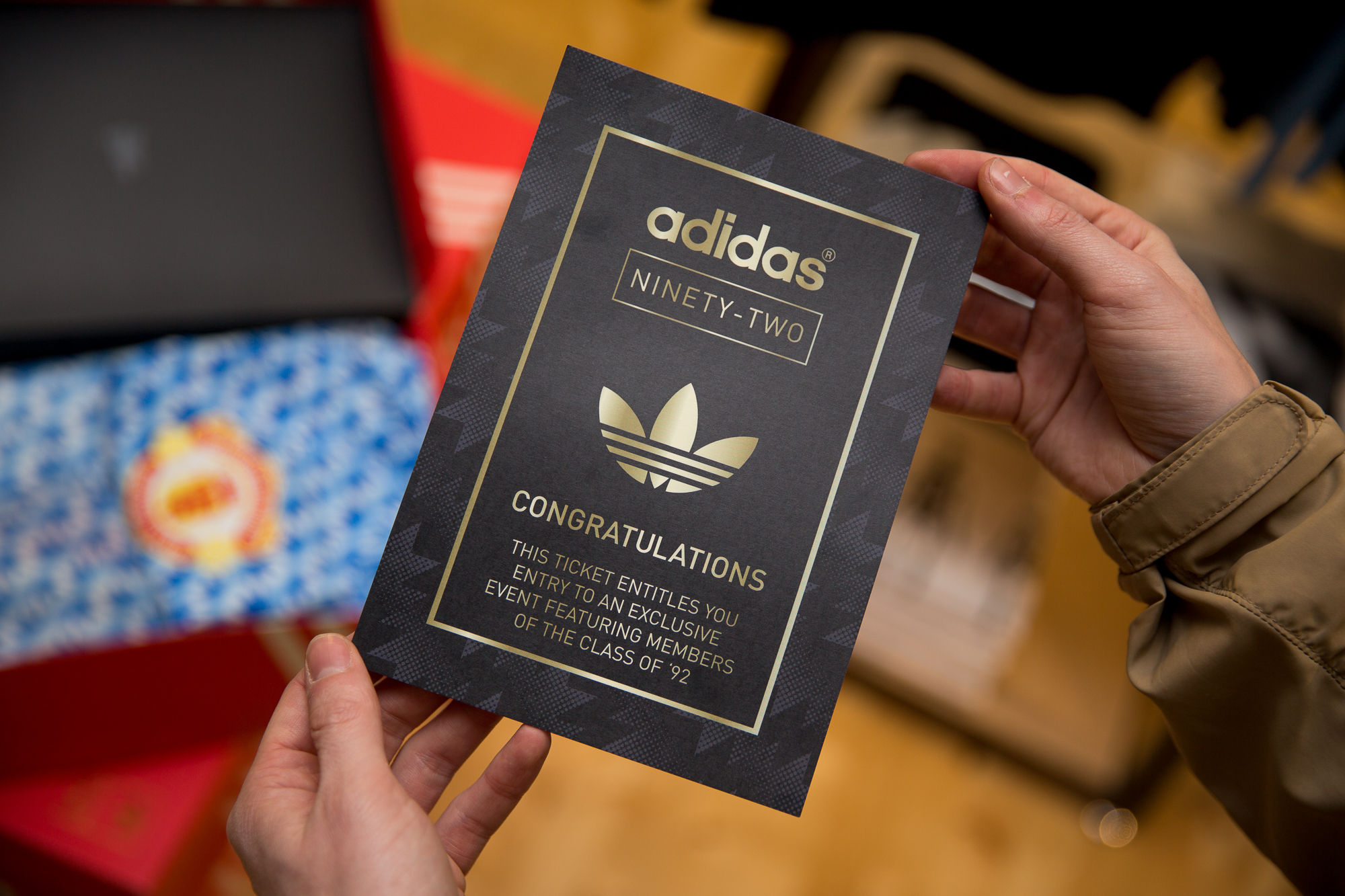 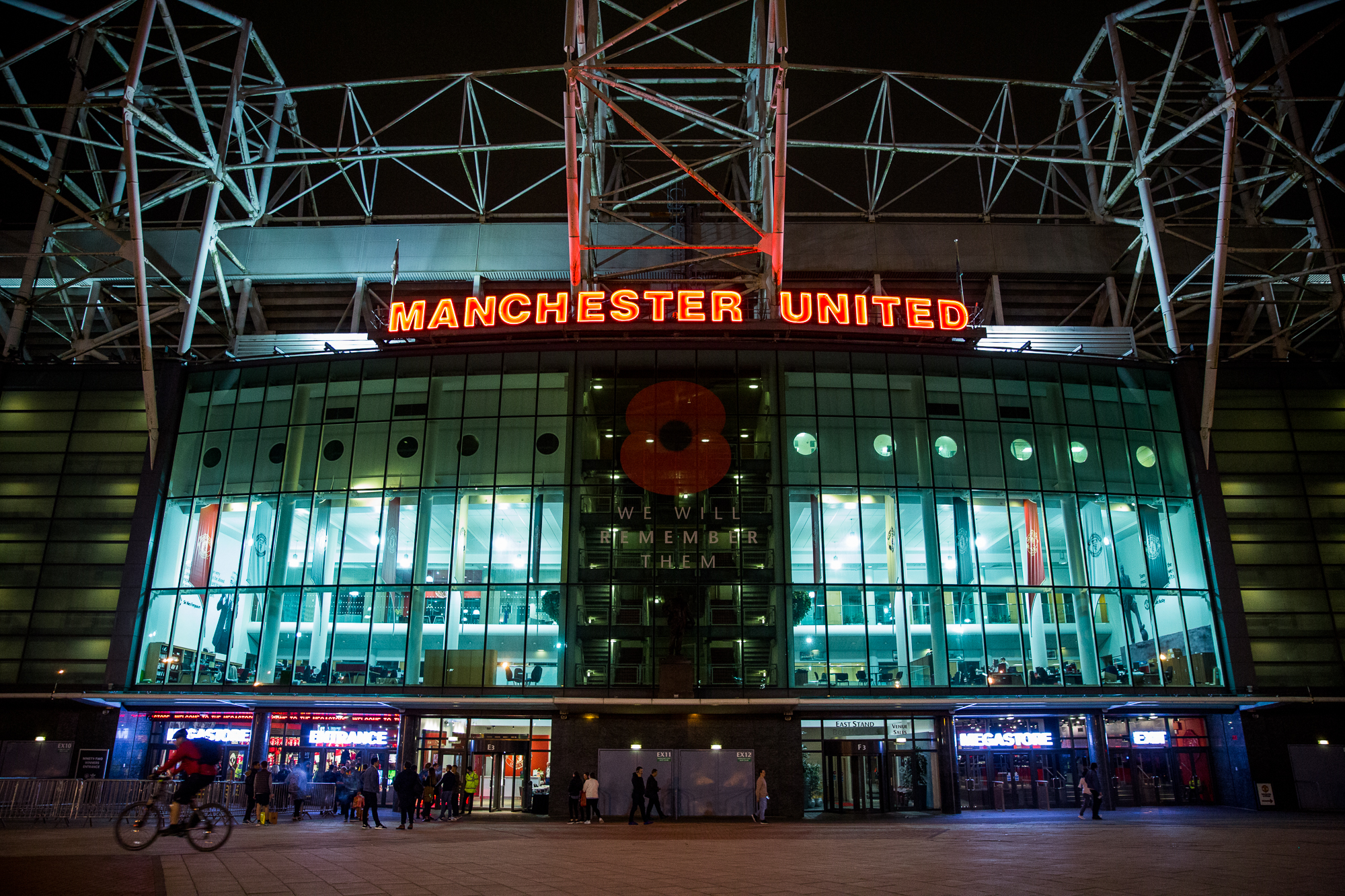 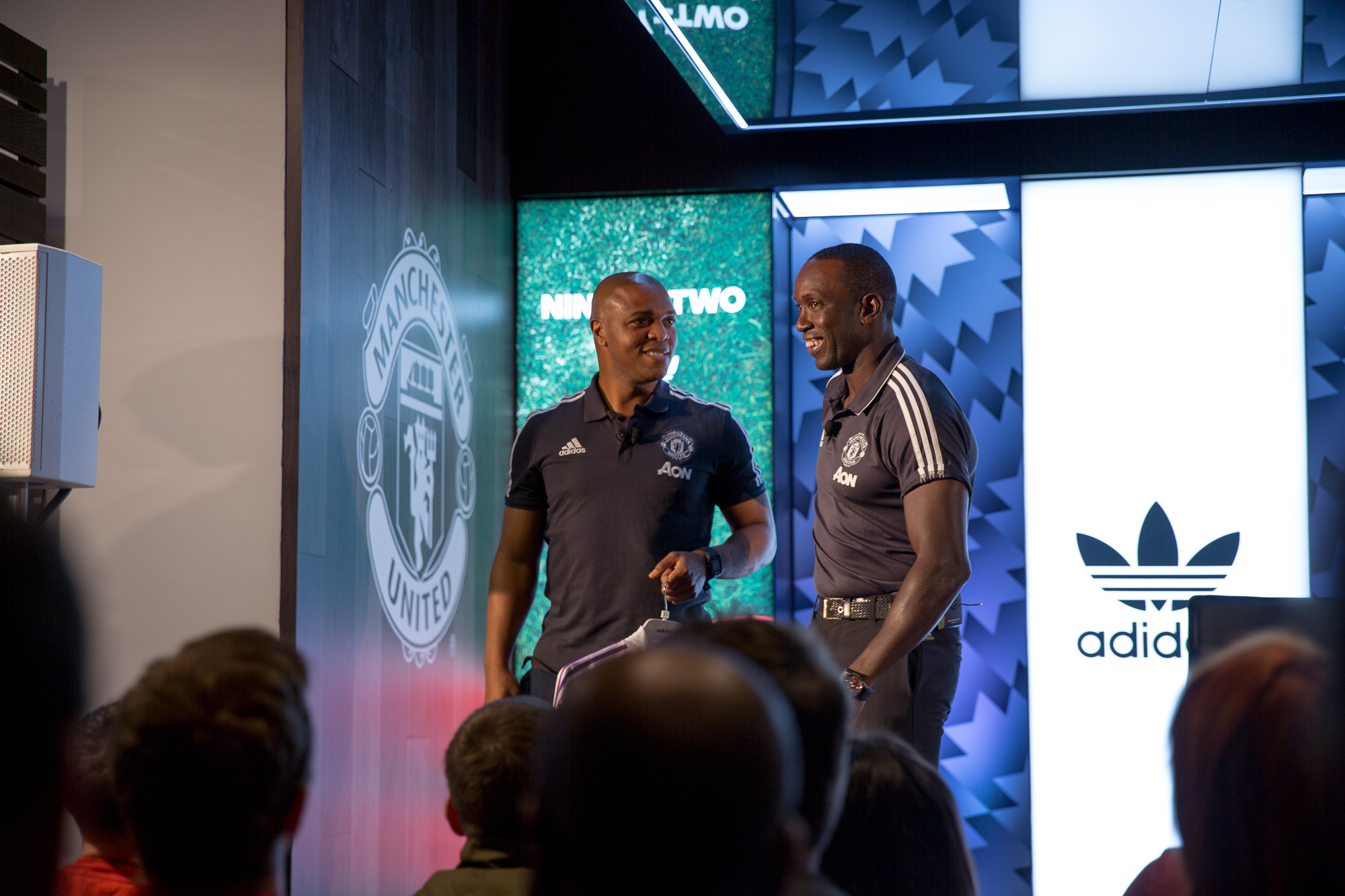 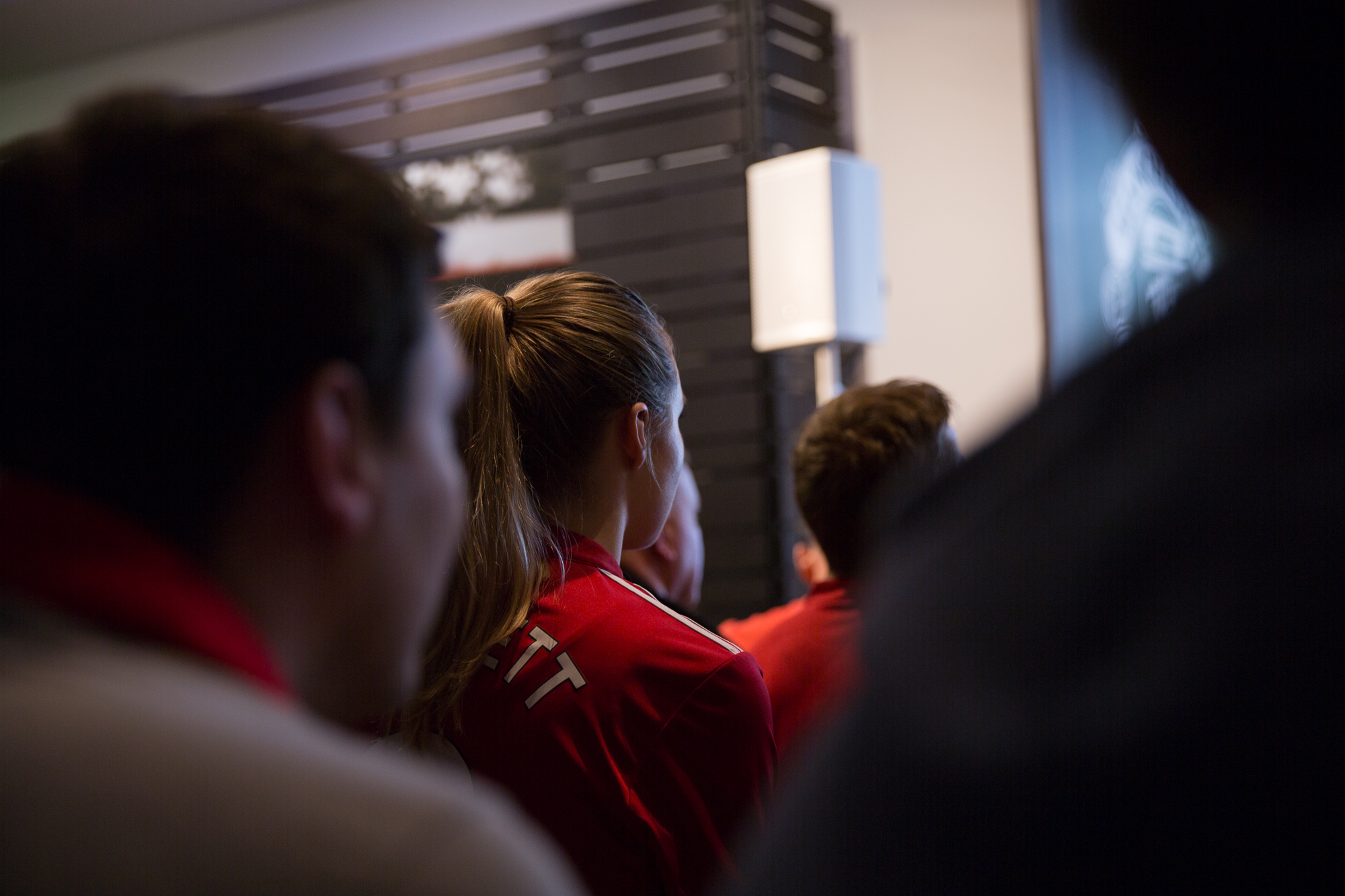 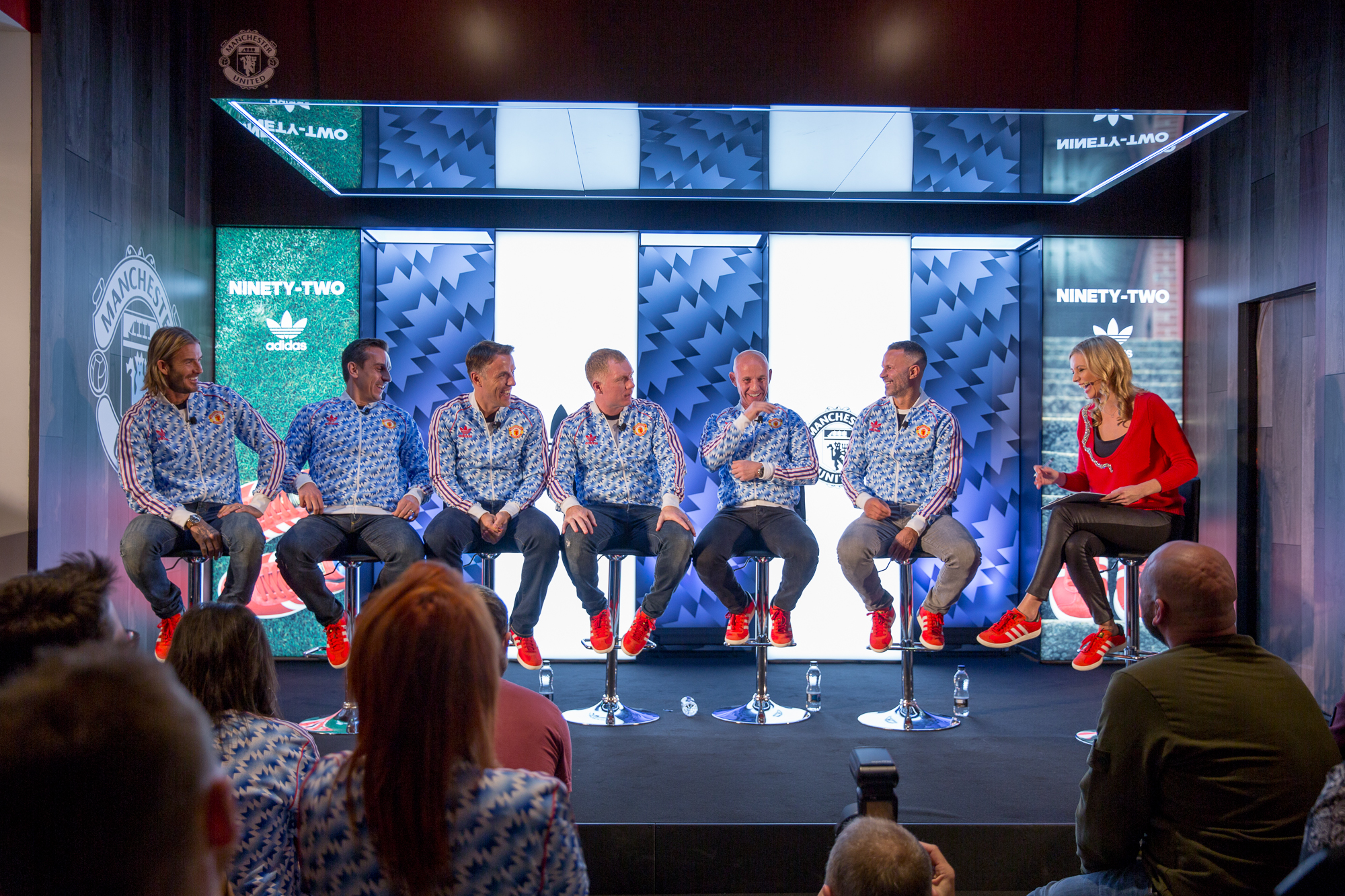 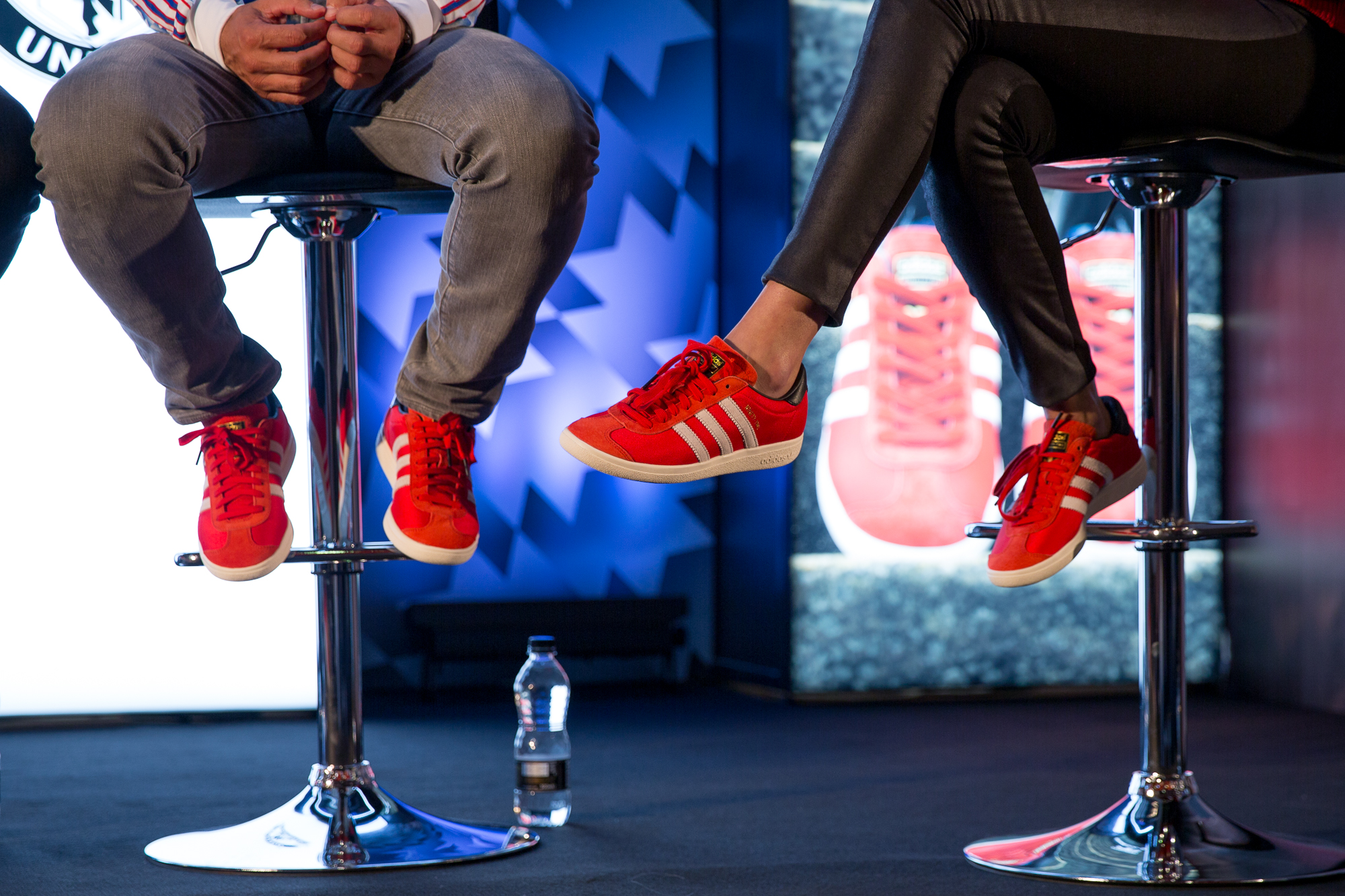 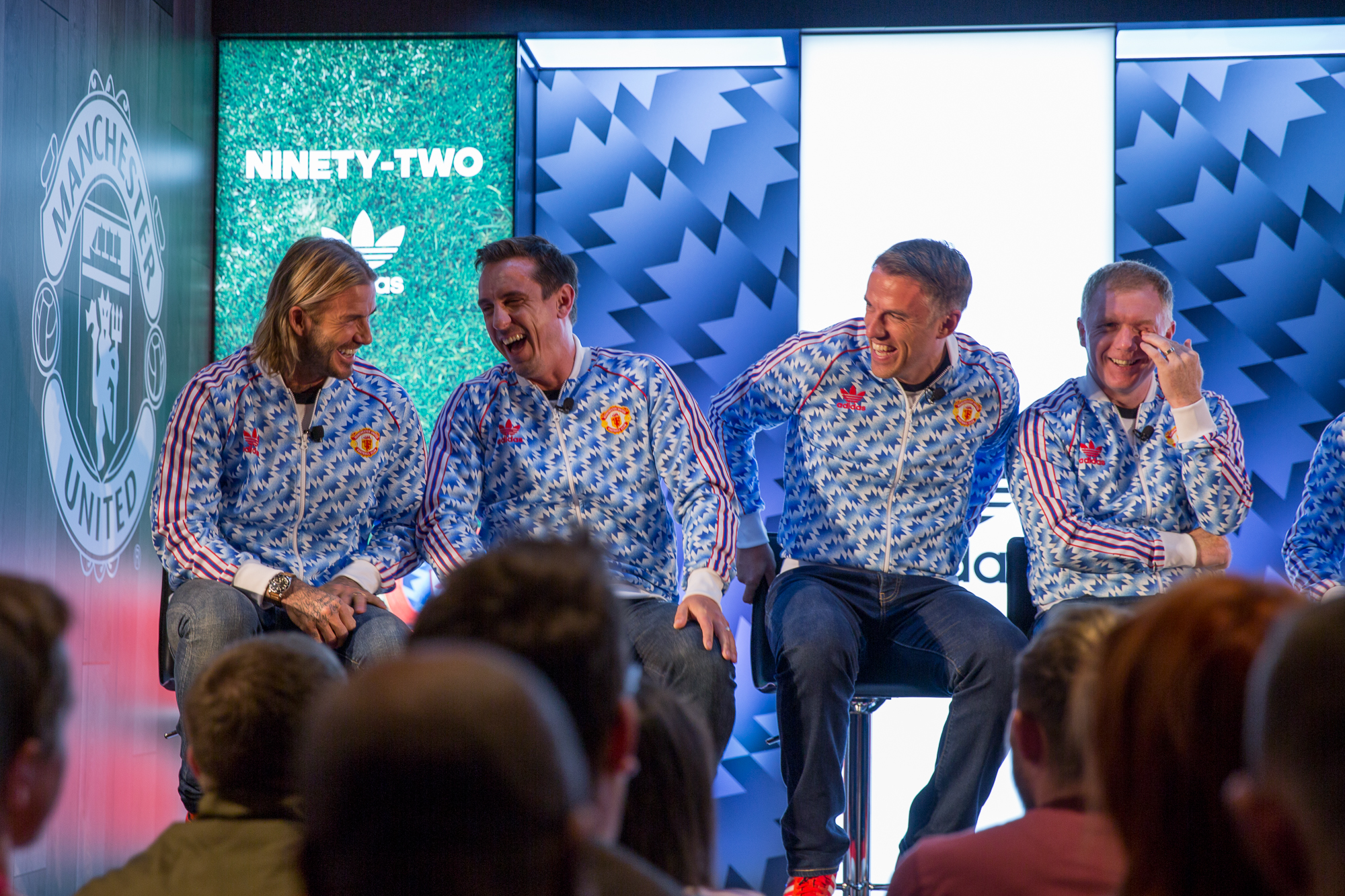 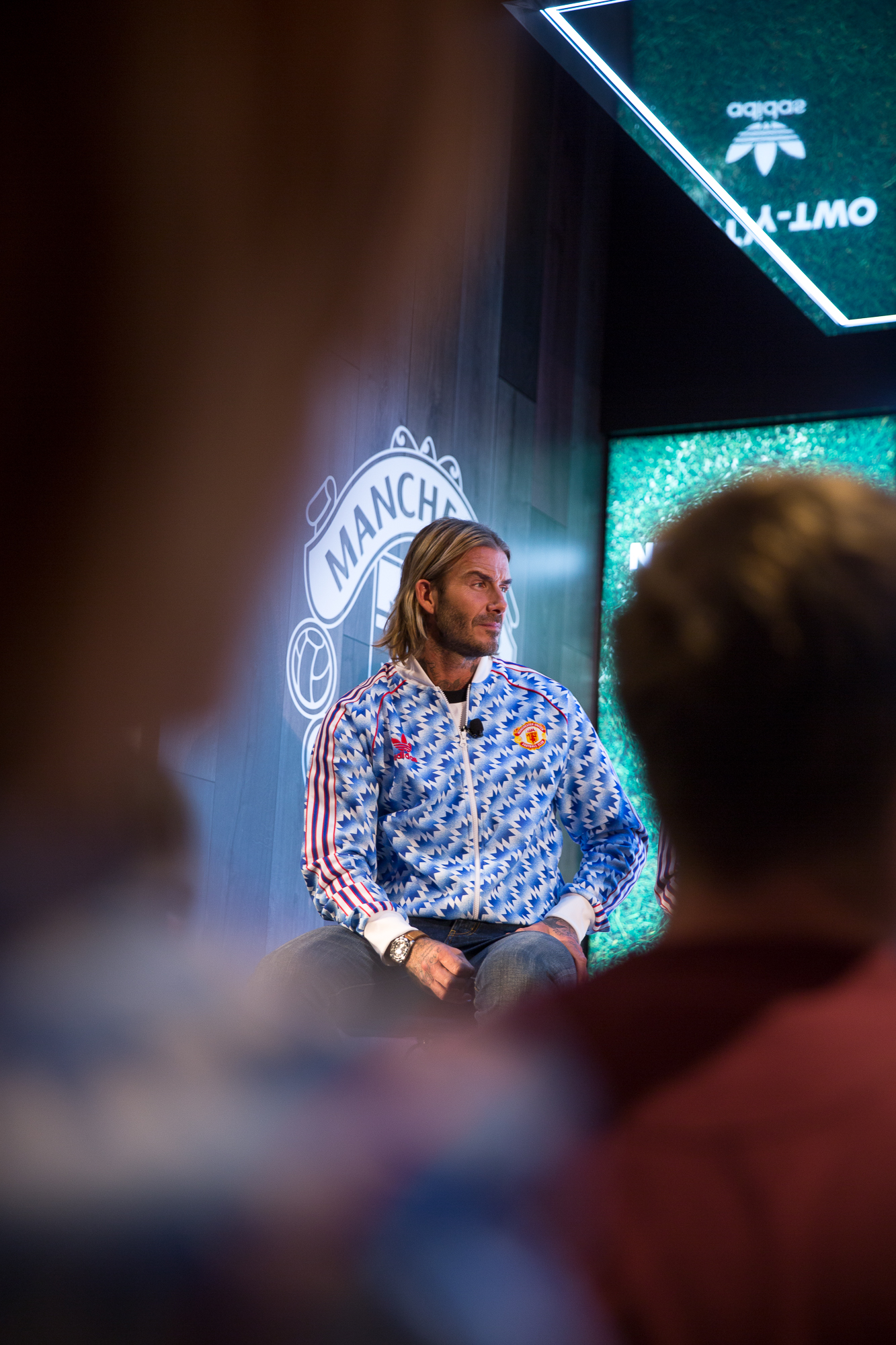 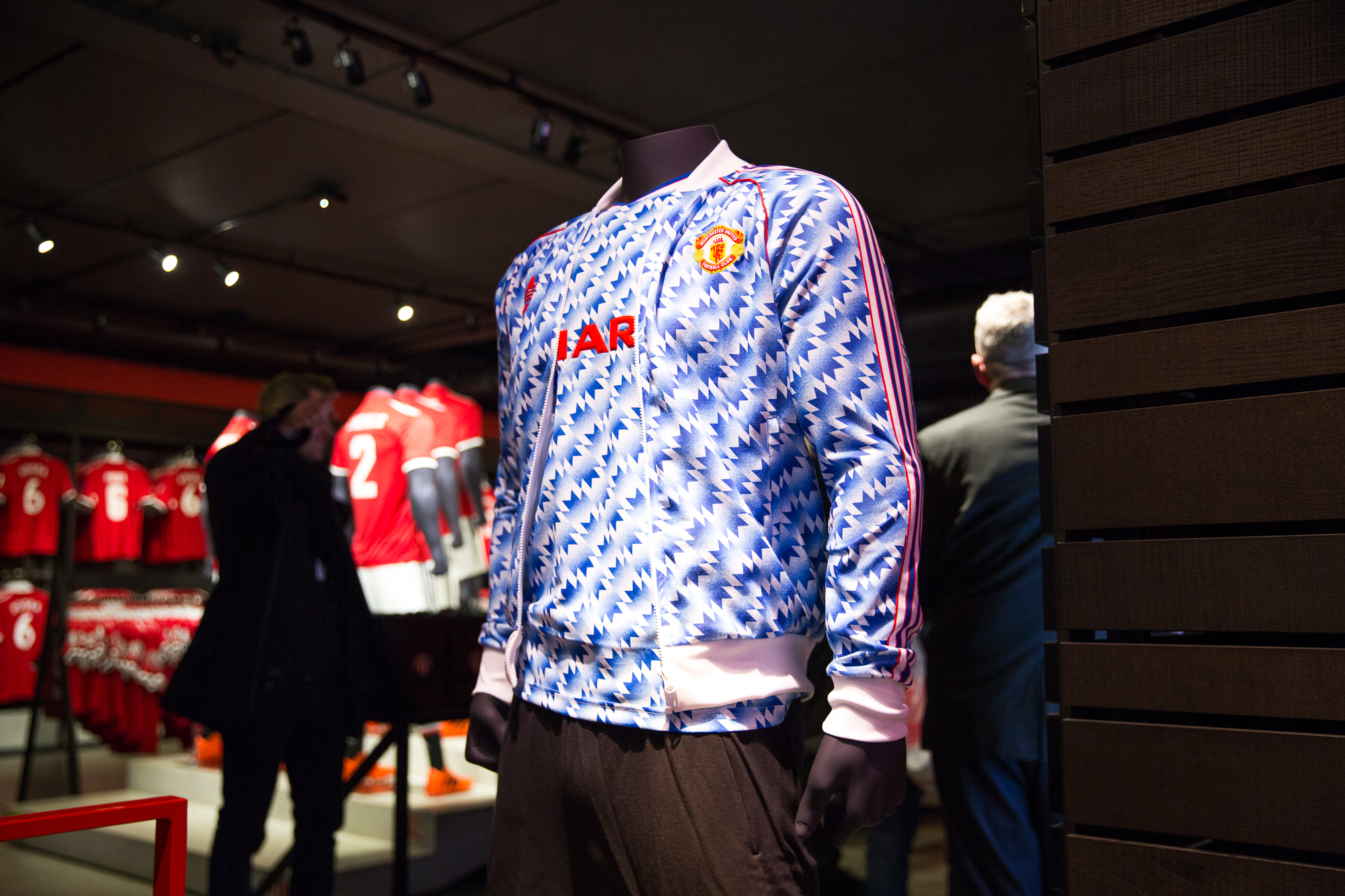