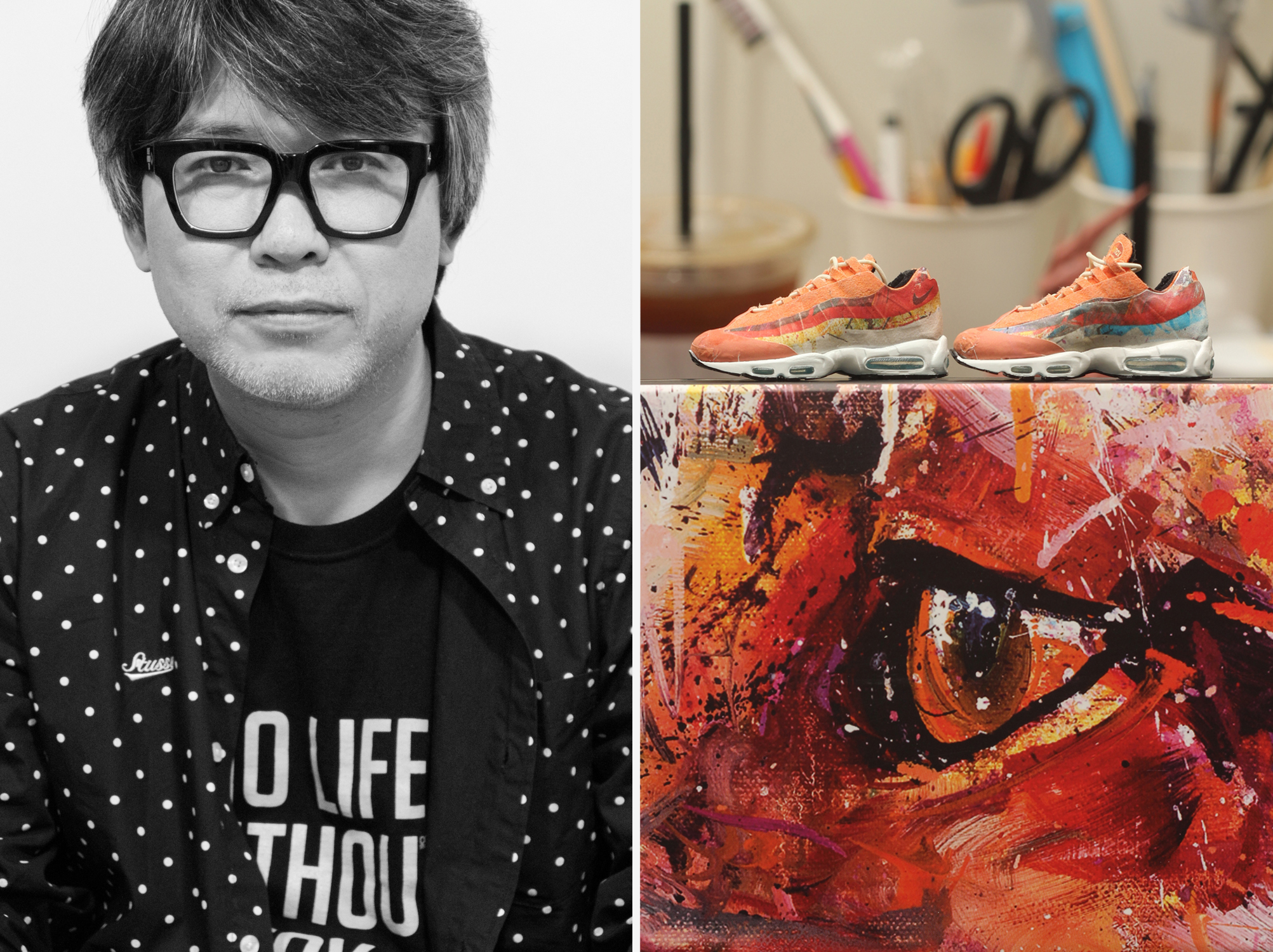 After the recent release of our Nike Air Max 95 DW with artist Dave White, Korean vinyl toy maker CoolRain Lee took it upon himself to handcraft miniature scale models of the shoes that measured in at just 56mm! Lee took 5 minutes out to talk to us about his work and how he came about bringing together a love for the worlds of toys and sneakers to develop his signature style. 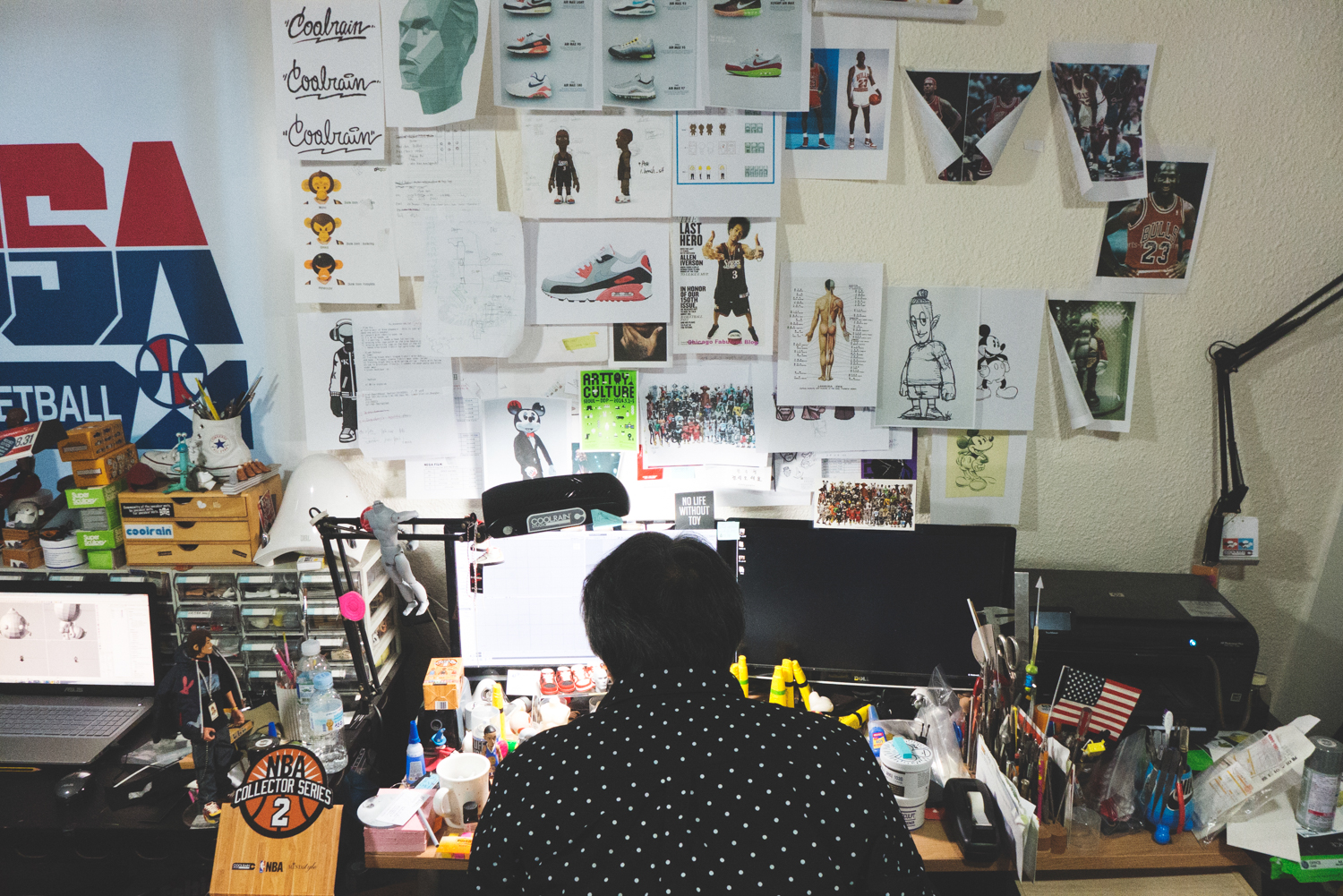 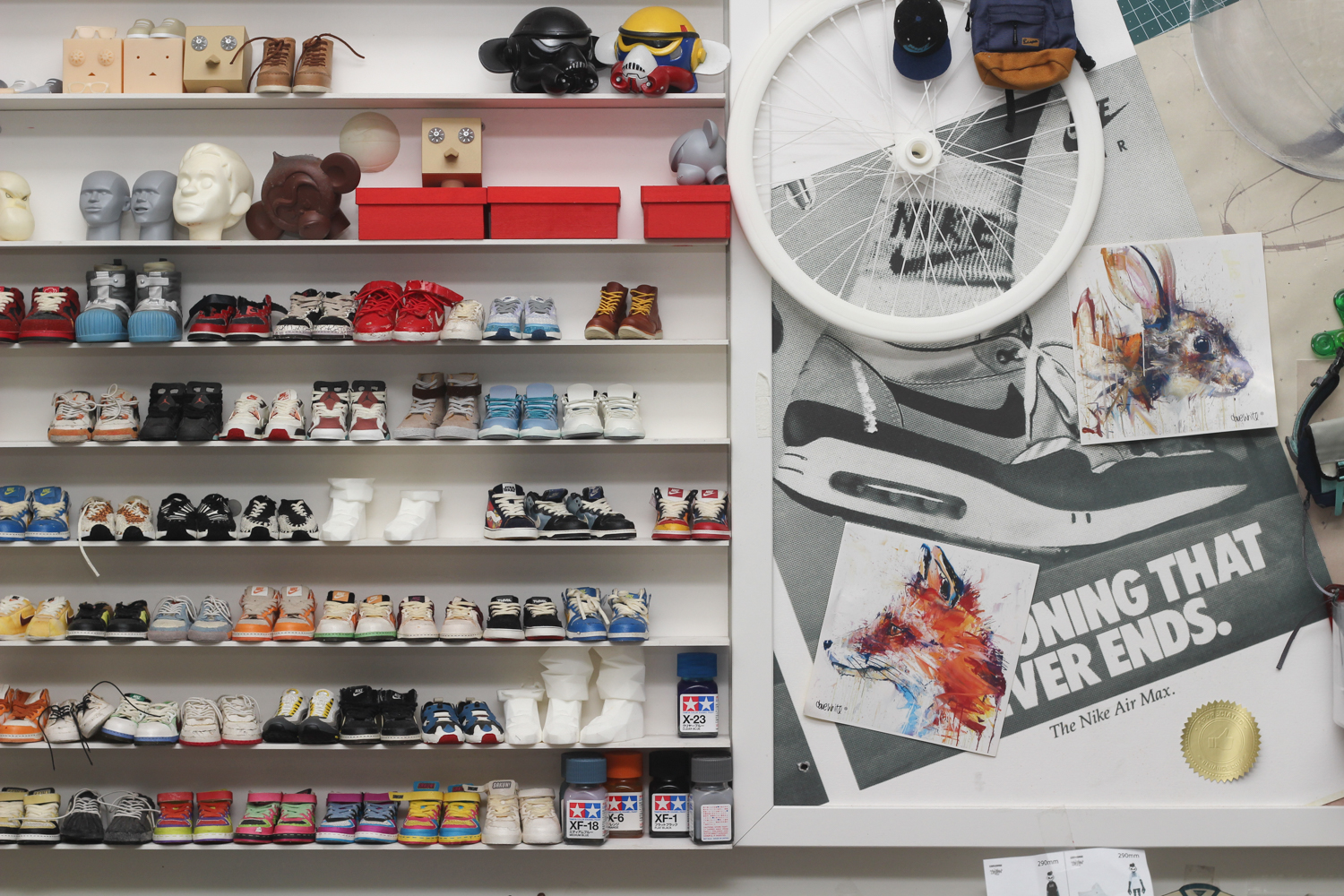 Tell us a bit about how you got into making toys. Did you come from an art background initially? I didn’t come from art background originally, my major is actually in Chemistry. My inspiration stemmed from watching Tim Burton's 'The Nightmare Before Christmas' and Otomo Katsuhiro’s anime classic 'Akira'. Previously, I worked using a 3D animation software, but now I'm making toys with my bare hands rather than using a computer. My dream project for the future is to create animations using the back stories behind some of my characters. When did you go about making your first toy? What was it of? My first toy series was "Monsterz Crew" who's story was inspired by B-Boy culture in 2004. I wanted to really express the energy and power behind B-Boys through the characters I was creating. 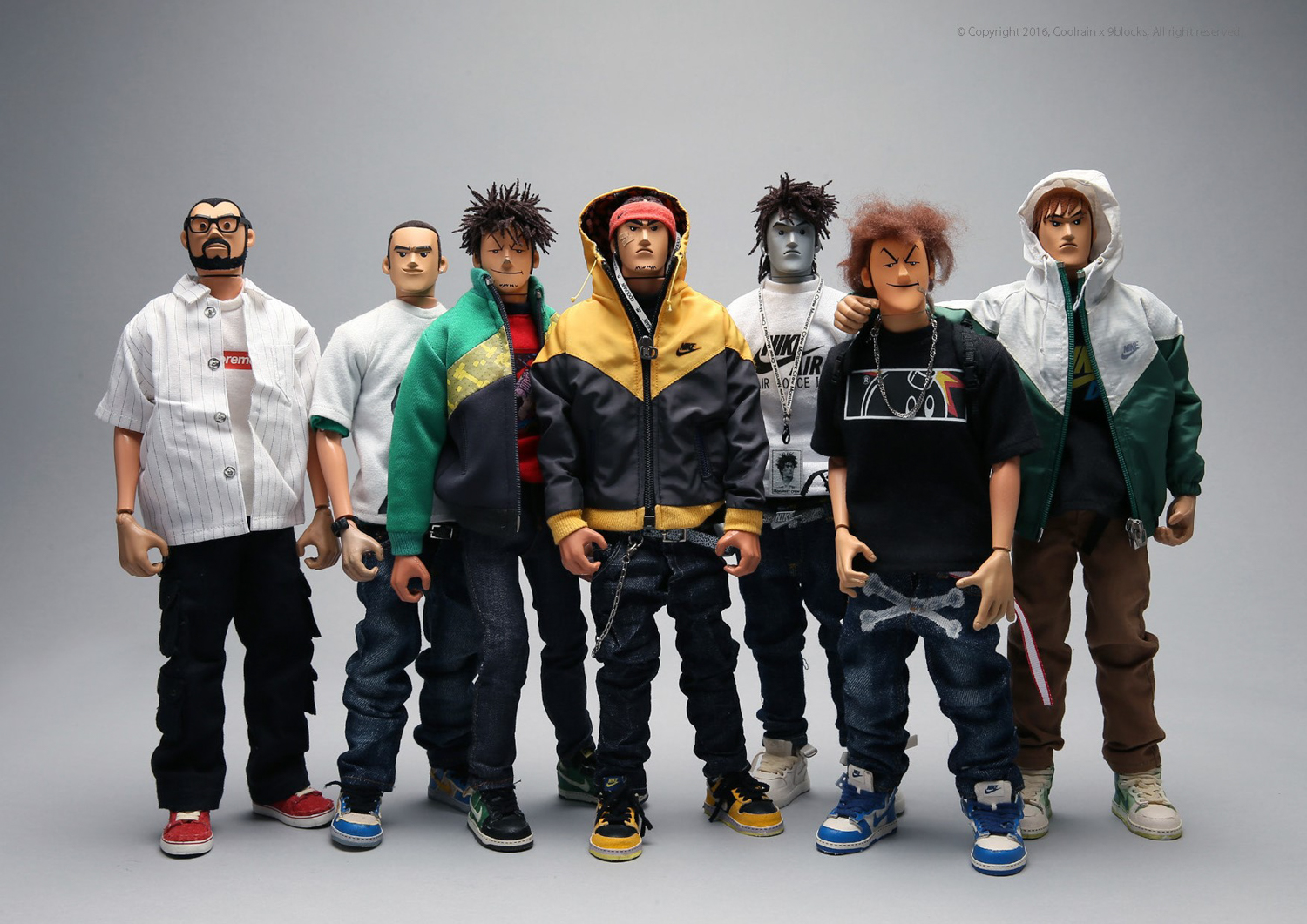 When did you first get interested by sneakers? What are some of your all time favourites? I just naturally fell in love with sneakers. In 2007, when I prepared for the 23rd Anniversary Exhibition of Nike Dunk, I made 100 different styles which turned me into a big fan of sneakers thoughout this period. After this project, I was then involved in the Nike Air Max Day series which I loved doing so much. My favorite sneakers personally are probably the original Air Jordan series, Nike Air Footscape Woven, Air Uptempo, and Air Max 95. Who are some of your favorite toy artists? Who inspires you to work harder within this field? My favorite toy artists are Kaws and Coarse Toys designer Mark Landwehr. Both creatives manage to channel a feeling through their work that really resonates with me, a real emotional feeling that's projected through their characters. Where does the name ‘CoolRain’ come from? When I was a child, my parents used to call me “Chan Bee”. Chan means “Cool,” and Bee means “Rain” in Korean language. The name stuck so I've continued to operate as CoolRain ever since. 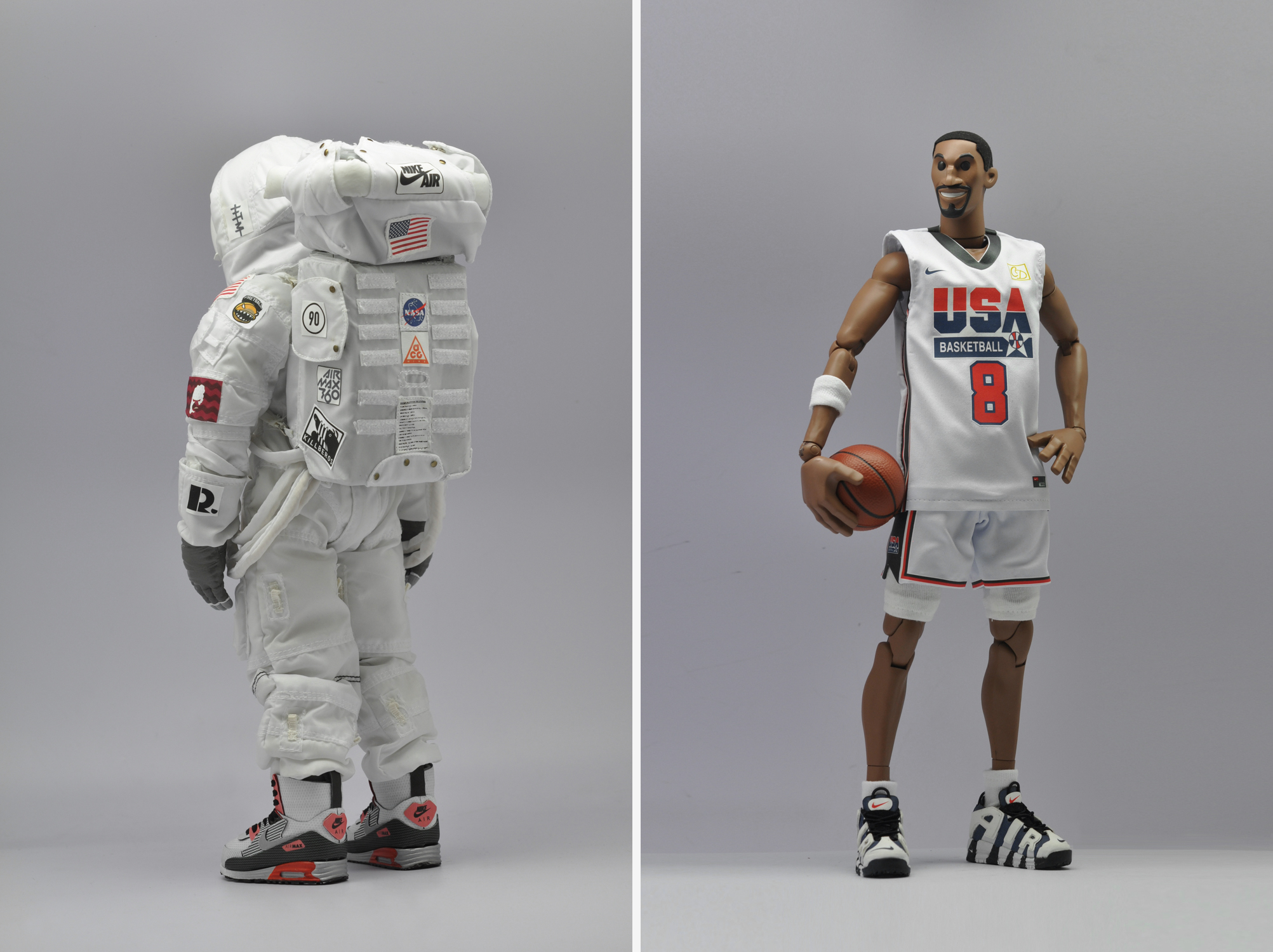 You worked with Dave White back in 2011 on the Dunkeys series of paintings, how did you and Dave first meet and discover each others work? In 2007, I did the 23rd Anniversary Exhibition for the Nike Dunk. At the same time, I found out about Dave doing his sneaker paintings live, and I instantly fell in love with his work. My first contact with Dave was in 2007 and our first time actually meeting was in 2009 at my Dunkeys Exhibition. When did you produce your first miniature sneaker? What did it end up being? My very first miniature sneakers were the Nike Air Force 1 Hi, in 2004. I love the design of the Air Force 1, it'll always be an essential, modern day classic. 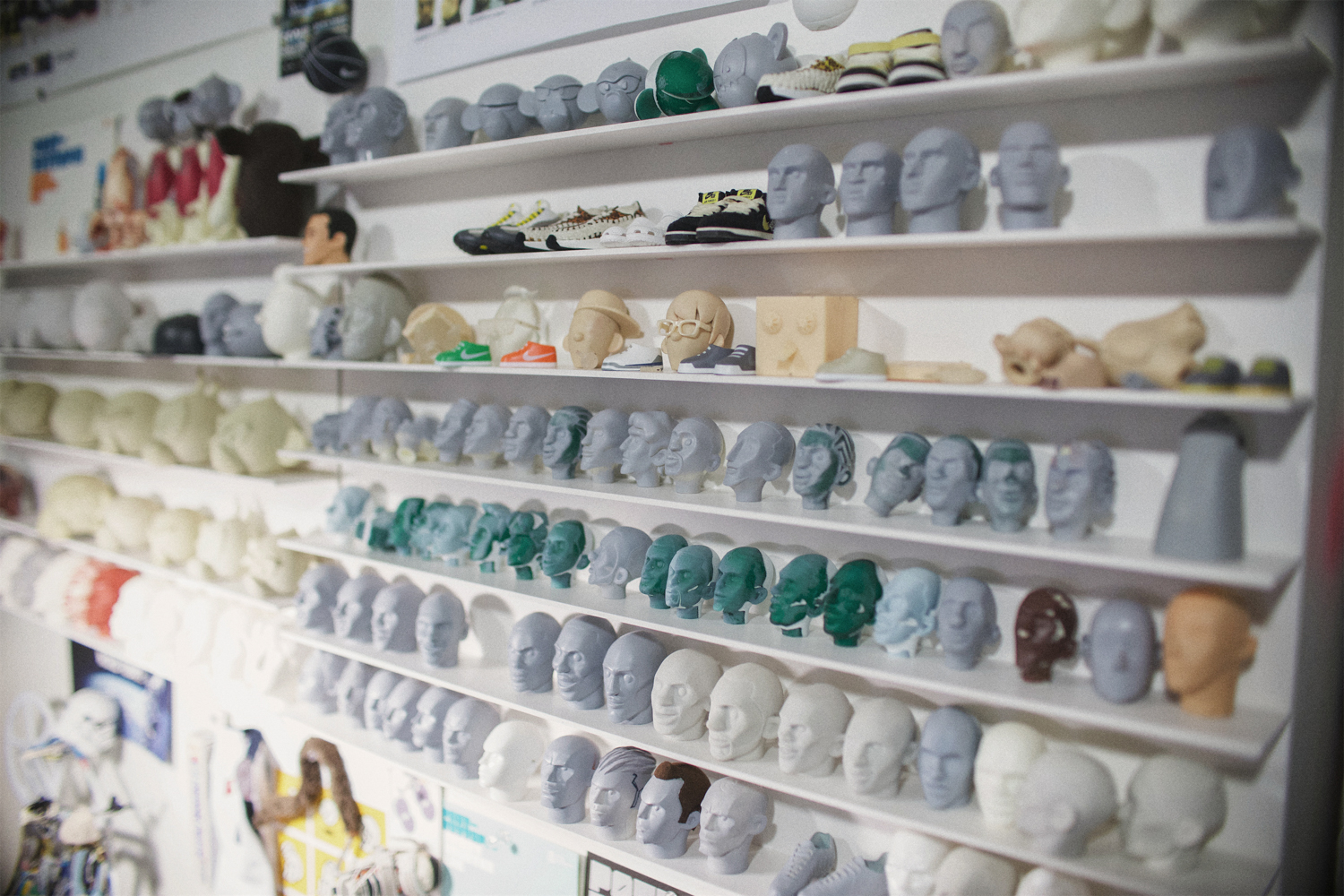 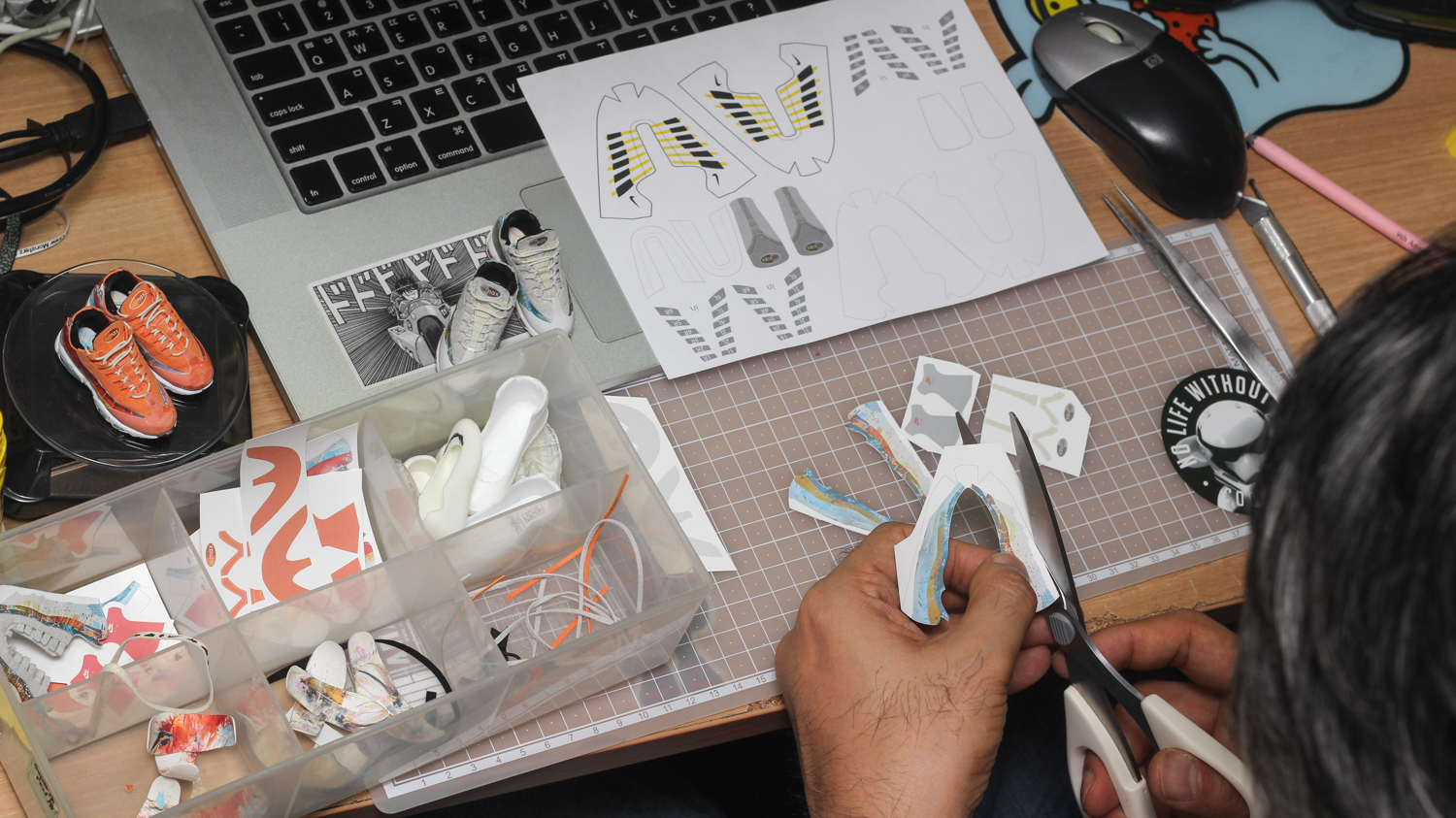 The details on the sneakers you create are incredible, could you explain a bit about the process of how you go about making them so small? The scale of my sneaker work is  around 1:5.5 to 1:6. Approximately they end up being between 5.5cm - 5.8cm long, roughly half the size of a finger! Usually I'm trying to use the same materials used on the original sneakers I'm working from. Sometimes, I'll use a dying process if I cannot find the same color available as a stock material. Recently I've been using 3D modelling and 3D printing techniques to make the midsole and outsole of each shoe. If I need to make an icey outsole I'll use a transparent resin to achieve the effect needed. Creating sneakers is one of my favorite aspects of the job, so I'll always try my best to make it look as close to the original as possible. What materials do you tend to use to create each piece? I use many different types, in particular Suede, Mesh, Fur and Fabric. There aren't really any limits to what material I can work with really. What’s your favourite sneaker you’ve ever made? Which was the hardest to make? My favorite miniature sneaker is the Nike Air More Uptempo series which I made around the same time as I did the Air Max 95 in 2016. The hardest shoe to create was probably the Air Footscape Woven. I spent more than three days making one pair because the woven detailing was very hard to create. Each pair was hand woven with a pair of tweezers! 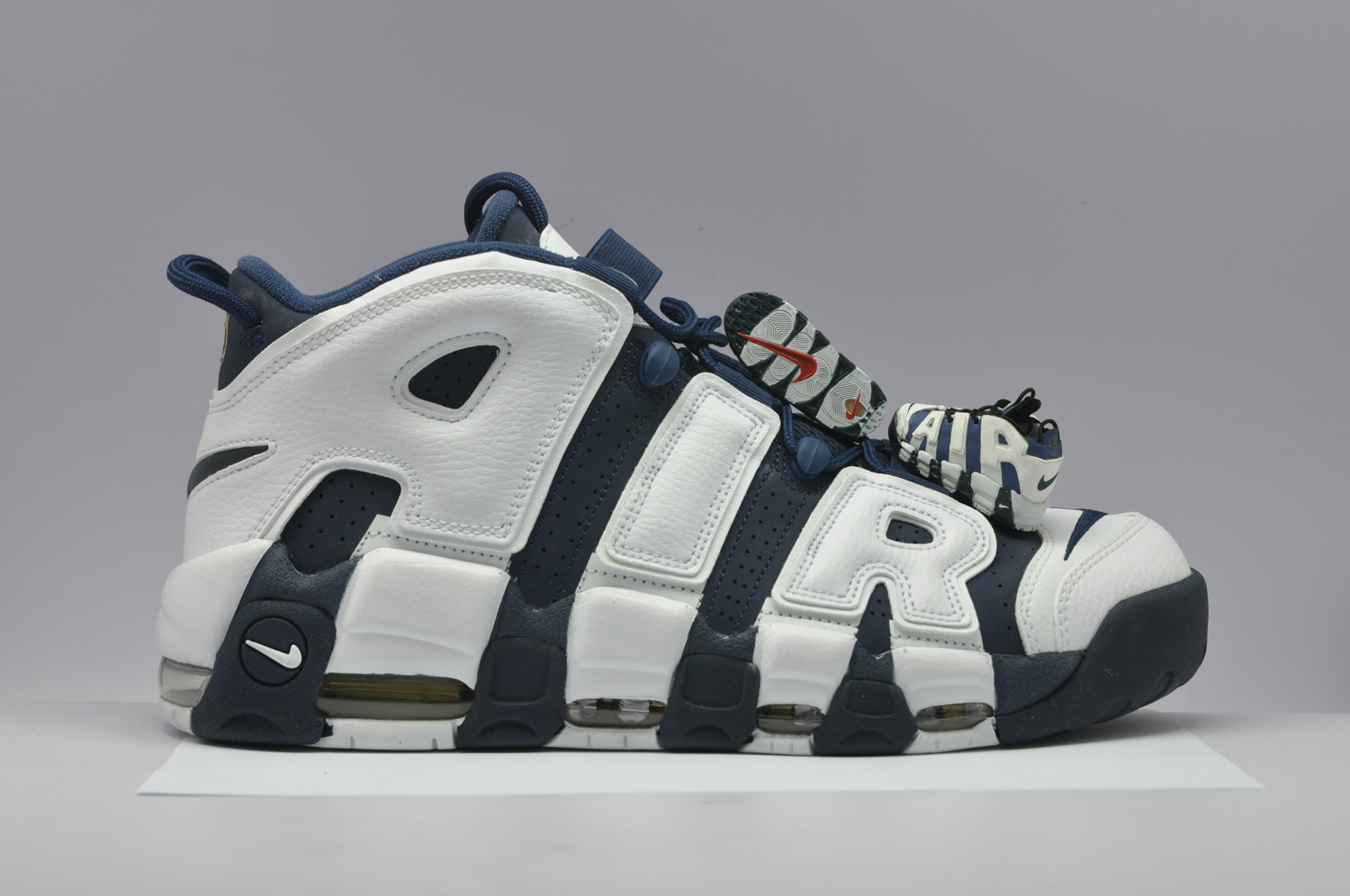 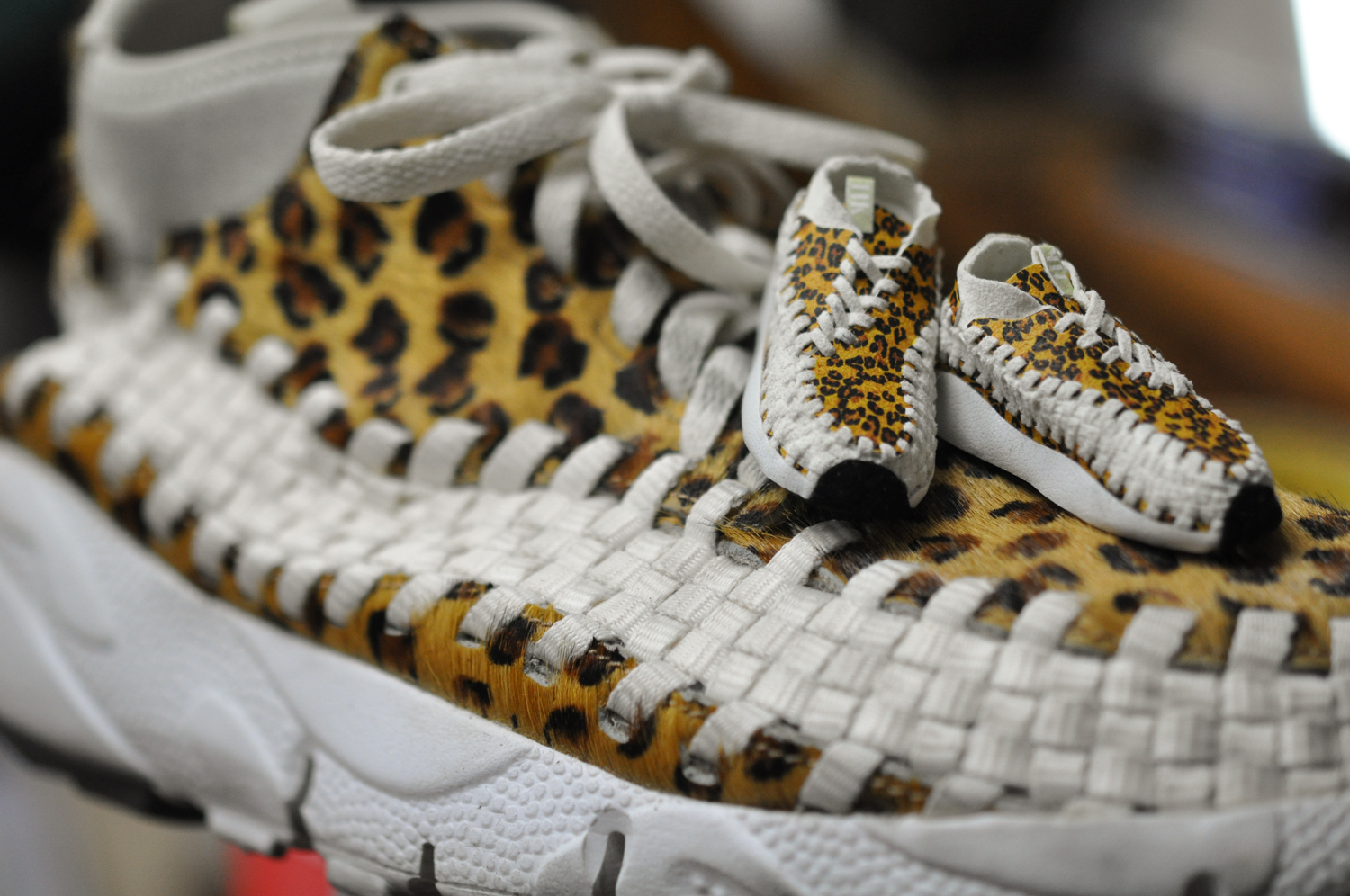 You recently made our Air Max 95 DW as a 1:6 scale model, how long does it normally take to make something so small? The Air Max 95 DW is one of my recent favourites, and being something that Dave actively worked on I was instantly inspired to recreate them as soon as I saw images of the shoes. The total manufacturing time took almost two weeks, broken down like this: 1. Pattern Making: 2-3 Days 2. Dying material and creating the upper graphics and side part: Nearly 1 week 3. Editing and creating the inside image: 4-5 Days However, after I got the real pair of sneakers through, my version looked a little different so I spent another week re-working it until it looked perfect. I'm also looking into making the boxes each pair came in. 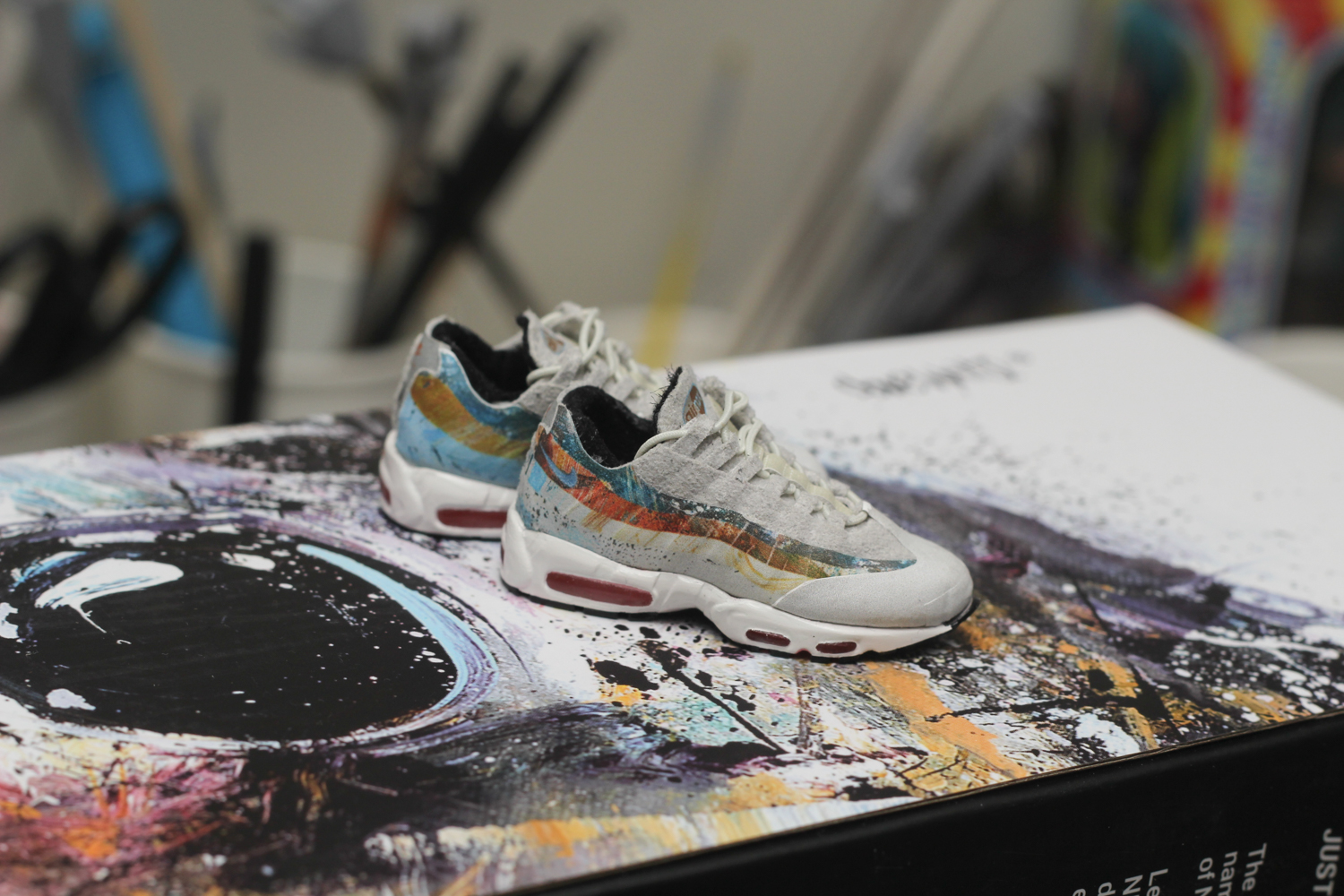 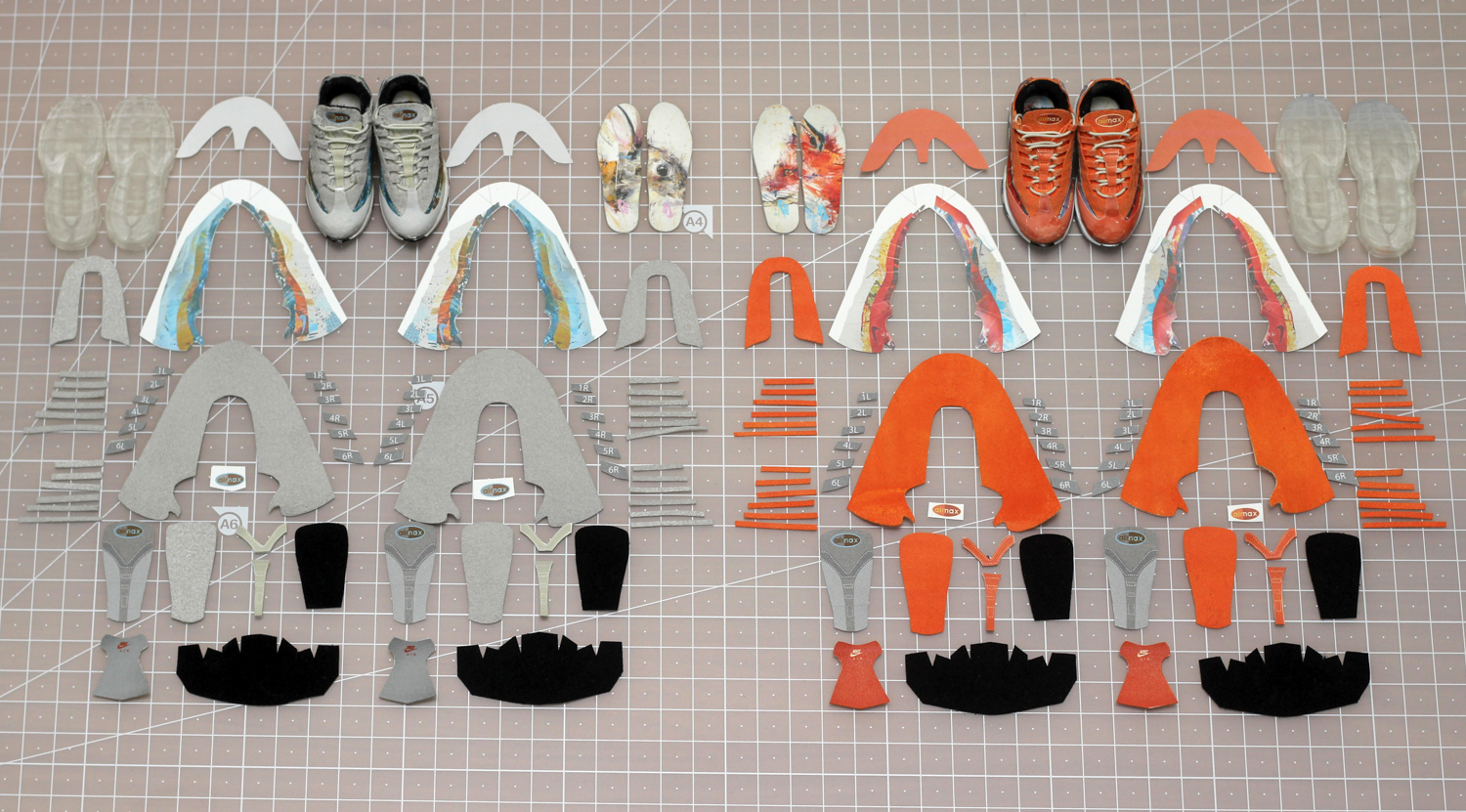 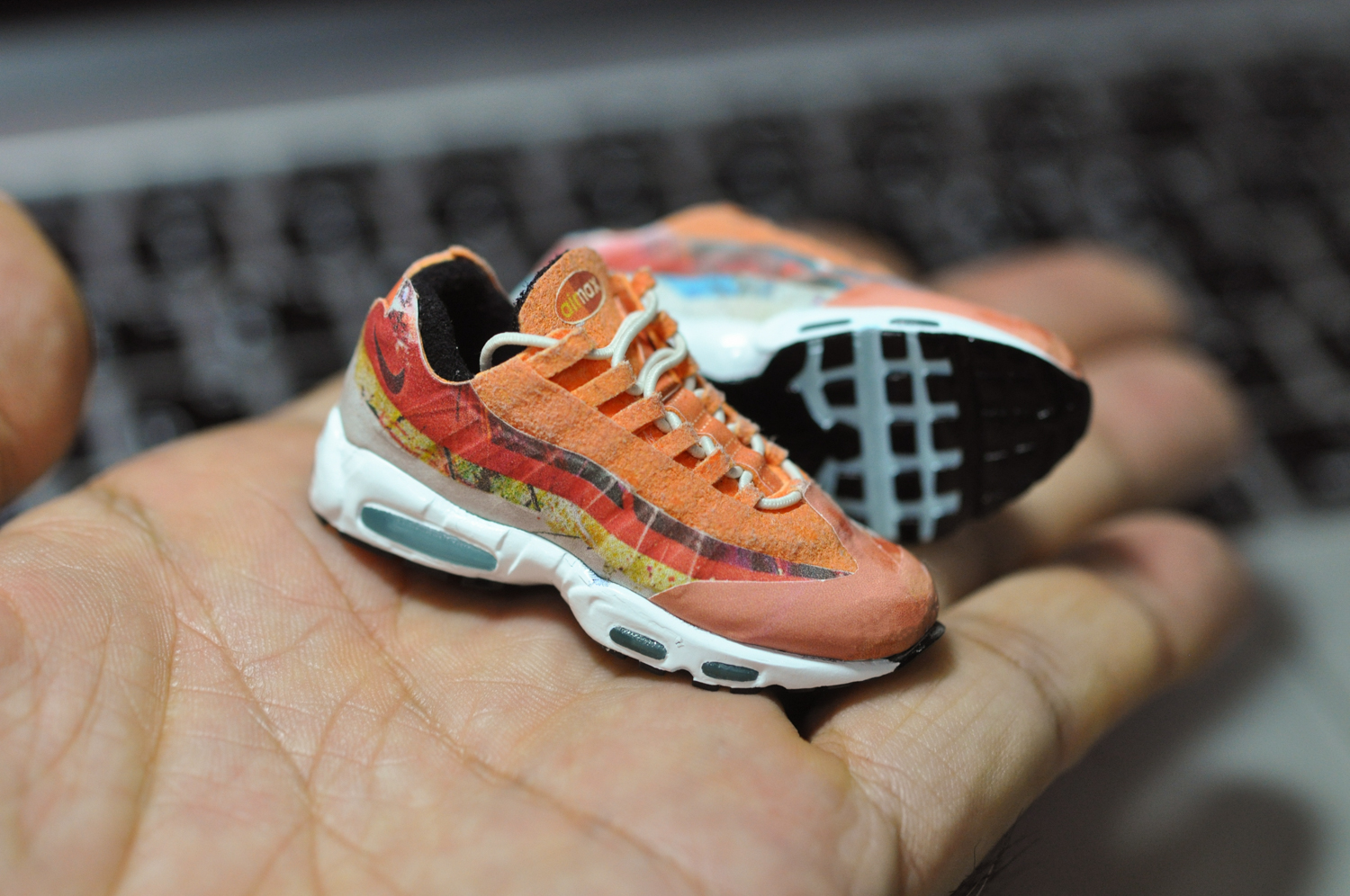 Any future projects coming up that we can look forward to seeing? I'm currently planning my solo exhibition in Korea as well as shows in other countries such as the US. I've also got a few things to prepare for some future projects in China and Spain. Toy-wise I'm also planning in a new figure series who's sneakers will include the Footscape Woven and Air Presto.